Kingsbury Dam: Did U-32 Drop the Ball? 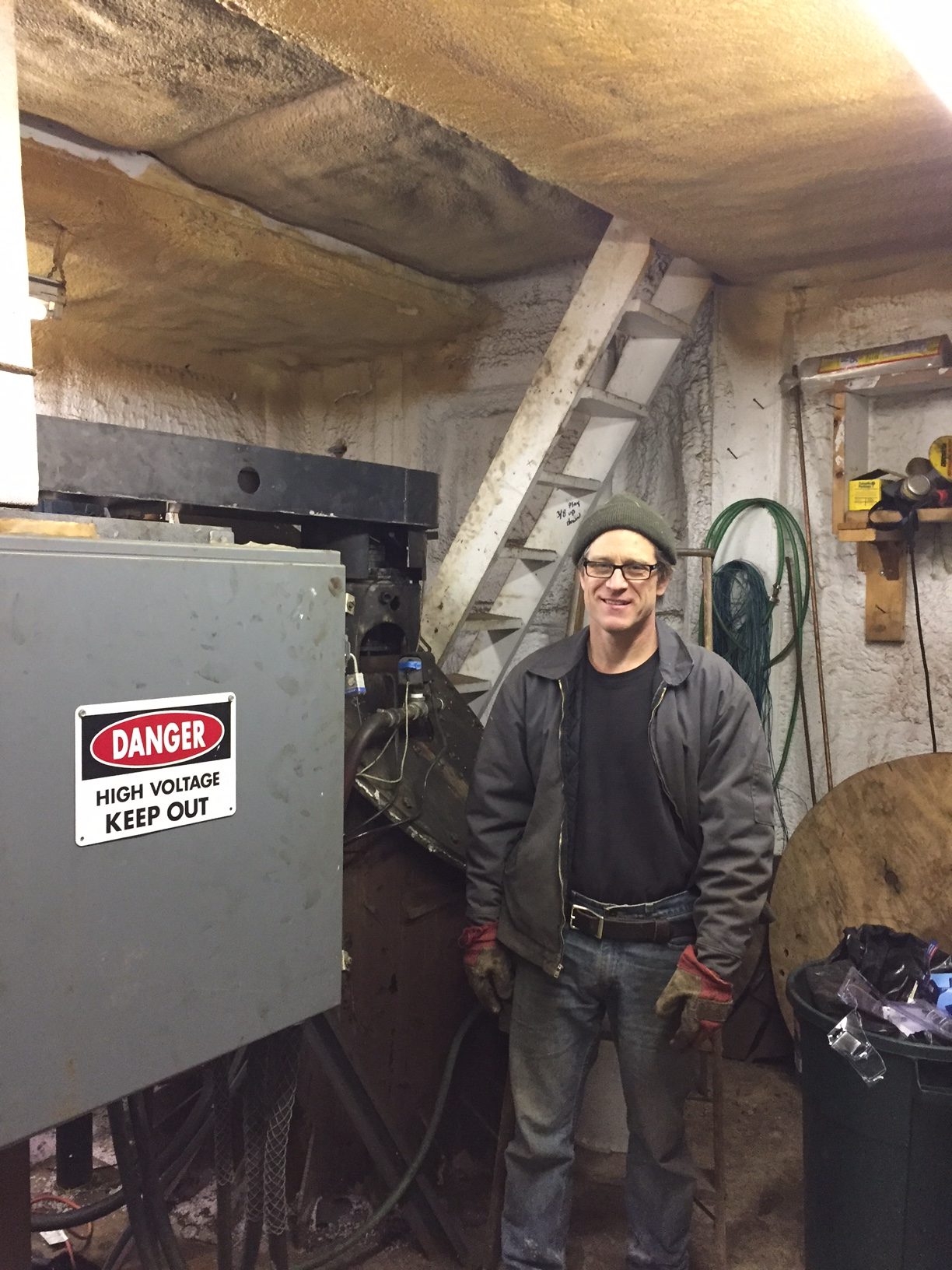 With additional reporting by Cooper Lamb and Shannon O’Kelly

In February of 2015, Efficiency Vermont held a ceremony to award 22 schools in Vermont, including U-32,  with an ‘energy star’ award, recognizing these schools as among the top 25% in the country, in terms of energy efficiency.  Liz Gamache, the director of Efficiency Vermont described the school’s efforts as a step to “lower overhead costs and walk the walk of environmental stewardship.”

In part, U-32’s recognition was due to the net metering contract U-32 spearheaded in 2012 with a local hydro dam, the Kingsbury Dam in North Montpelier, owned and operated by a Calais man and U-32 community member, Robbie Porter.

Now, almost 3 years after it received the award, U-32 no longer supports the dam or any renewable energy source. As the five-year contract came to an end this fall, Porter claims there was a breakdown of communication where he was left hanging for months. The superintendent, Bill Kimball, believes it was just business for the school.

Whatever did happen, the school’s energy is no longer as renewable, U-32 taxpayers are paying more for energy, and a relationship with a community partner has been damaged.

A year a half before U-32 received the energy star award, the school worked with Robbie Porter to make the first hydro net metering deal in the state. It came about when Porter approached Conrad Smith, a school board member who has since passed, about making that deal in 2012.

The school saved about 10,000 dollars a year, which is a small fraction in the 15 million dollar budget.

Porter went to the public service board and applied for a certificate of public good to form a net metering group.

“No one had done it with with a hydro plant,” said Porter.

Being the first of its kind, Porter and the school had to forge a path through the legalities of net metering.

“GMP wasn’t sure how they were billing it,” said Porter. “For the first few months of net metering we were basically operating on a handshake deal.”

Porter believed the contract favored the school, not costing them money in any way.

“We had a very simple, safe contract,” says Porter. “There was no risk for them”

Over a year before the contract ended, Porter contacted a school board member, Kari Bradley, about renewing their deal. In the past, Porter had worked with the school board to negotiate the original contract and wanted to give them ample time to do the negotiating.

“I kept running into Kari at basketball games, and kept asking him,” Porter said. “He kept saying they’re busy.”

In an interview, Bradley said that operational issues like renewable energy are “…not something that the board typically gets involved with.”

“I put him in touch with Bill,” Bradley said. “Bill’s response was something along the lines of ‘Yeah we need to look at it but it’s not a priority right now.’”

Porter’s proposed contract was for a 15 year duration, while the last one was 5. Porter believed his contract was “competitive and free from risk for the school”, because most group net metering contracts last around 20-25 years.

“it was clear to me that they hadn’t done even basic level research,” said Porter. “If they had, then the idea of a fifteen year contract wouldn’t have surprised them.”

On April 26th Bradley told Porter that Steven Dellinger Pate and Lori Bibeau were the people assigned the task of figuring out the school’s future with net metering. They were considering going out to bid with other renewable sources, which means Porter would need to find a new partner before October when the contract ended. Without a partner, the dam would putting energy into the grid with nothing in return.

“I started freaking out,” said Porter. “ I had already burned out a bunch of months.”

According to Porter, he called Bill Kimball twice with no reply, and then emailed him on May 1st.

“I basically just laid out the whole thing,” said Porter. “I heard nothing.”

The email was left unanswered until Porter contacted Bradley to express his frustration.

Porter said that after months of silence, Lori Bibeau emailed Porter asking for a drafted contract for consideration three weeks before the contract ended:

He informed Bibeau that he had found a new partner and would start generating for them the day after U-32’s contract ended.

“Now we’ve got a fifteen -year contract with another partner,” said Porter.

Bill Kimball remembers a different story, one that is less personal and strictly business.

“I want to support the local guys,” said Kimball. “But at the same time, part of a school is a business and we need to look at what’s the best deal.”

“It’s about being green, but it’s also about being financially aware as well,” he said. “You can do both.”

As for his communication with Porter, Kimball doesn’t feel he kept Porter out of the loop. He believes he treated Porter as he would any service provider.

“I’ve just been frank with him about where we’re at,” he said. “There isn’t much of a relationship.”

In an email to Porter, he admits that he didn’t know what the school was going to do:

He isn’t upset that the deal with Porter didn’t work out: “That’s the way the business world works.”

The school doesn’t have a net metering contract right now, but is looking at alternative energy sources. They’ve been exploring the possibility of having solar panels on the roof, and so far have had one contractor check it out.

“We have about 100 thousand square feet on the roof that we can put solar on,” said Kimball. “But then there’s a cost to us and a maintenance cost.”

This is just one avenue that the school has been considering.

“We need to do a more thorough look at what’s the best way to provide energy to the building.” Said Kimball

“I look forward to us going out to bid and seeing what the best arrangement is for U-32,” said Bradley. “I would hope that having a local source would be part of our criteria”

The school has been slowly yet surely making small changes in the building to become more energy efficient. An example is they have been replacing the old fluorescent lights with LED lights throughout the building over the year, which cost about 20-30% less. Most recently, they did the switch in the atrium.

“So we’re using less and it’s costing less,” says Kimball. “And it’s a longer life span of the light bulb.”

While they’re working towards becoming more green, the school is still in the beginning stages of finding a new renewable energy source.

Although Porter has a new partner now, he doesn’t understand why his dam  wasn’t a good option for U-32:

“Maybe 10 thousand dollars isn’t enough for them to care about.”