“I felt everyone looking at me”: Students of Color 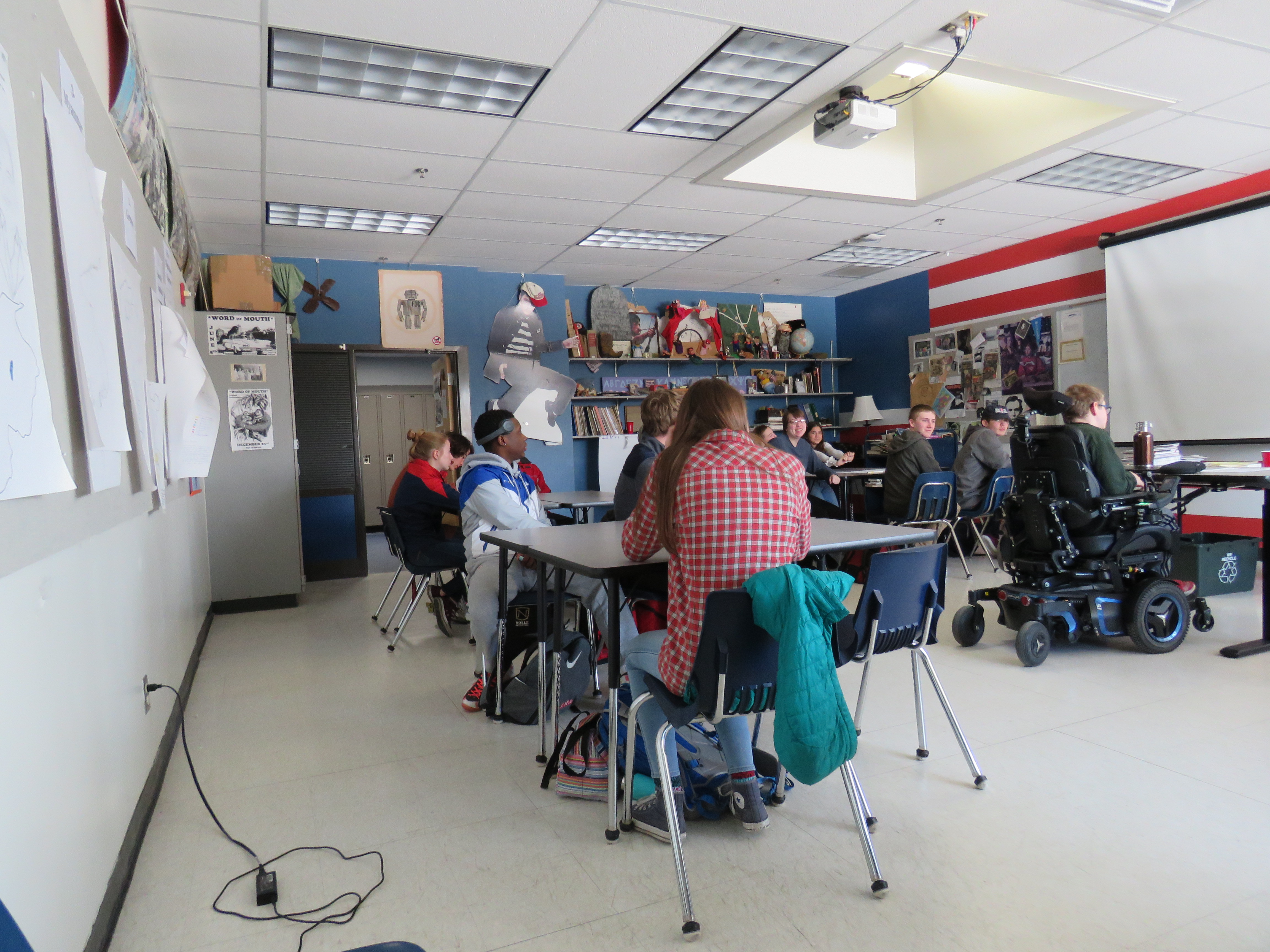 “One time in US History, these kids at my table told me I would’ve been a house negro because I was half black,” U-32 senior Latisha Badeau recalls. “They said I wouldn’t have had to worry about working in the fields.” But the comments didn’t stop there. “A Lot of people would tell me I wasn’t black enough because my skin was light,” she says.

In our school, we lack racial diversity, and this is especially evident in history classes. Both students and teachers encounter problems with this, especially during particularly sensitive units, like slavery. 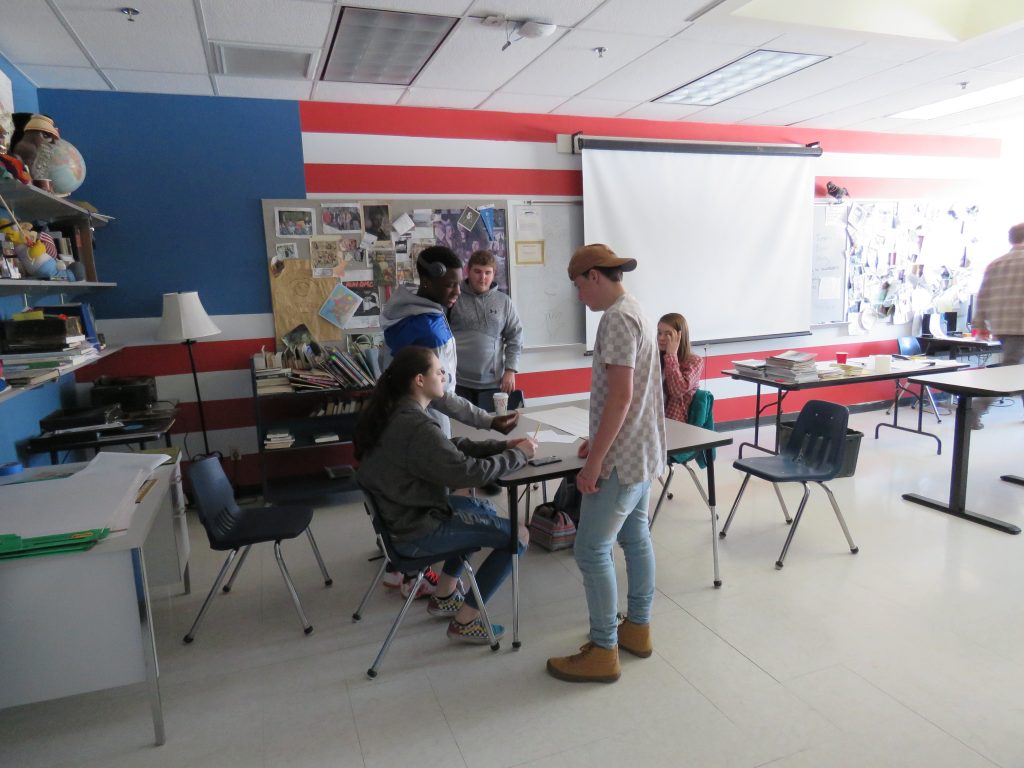 “I noticed it around elementary school,” says Jordan. Aiden also started to notice this early on. “I think it was fifth grade. We were about to talk about racism. My teacher pulled me aside and asked if it was okay if we talked about racism,” says Hawkins, “and then we started talking about it, and I felt everyone looking at me.”

Students of color have to deal with racist comments from fellow students. “They used to make African jokes about me,” says Aiden. “They would say I drink dirty water and eat rice, or say I was really dark.” 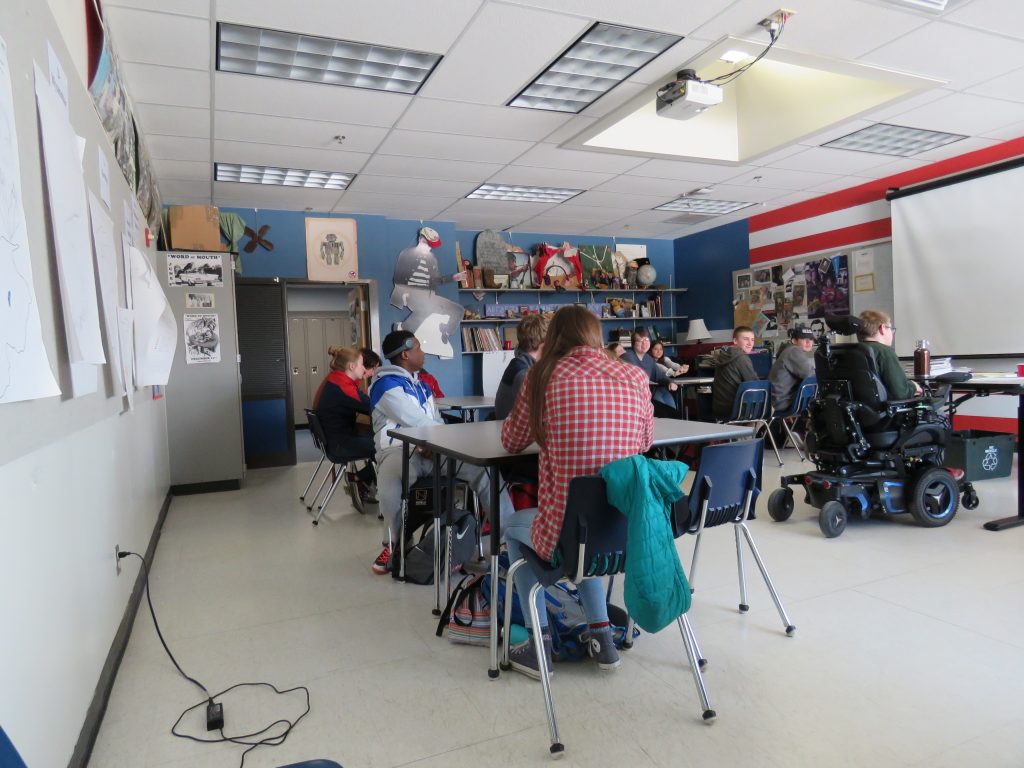 Latisha has experienced similar problems. “My nickname used to be caramel at Westerville because I was mixed,” she says. “People ask why I’m still mad about slavery, saying, ‘you weren’t around back then.’”

Sometimes, racism can become difficult for teachers to deal with in class. Zach Gonzalez, a history teacher at U-32, has had some sensitive lessons become problematic in the classroom. “I’ve specifically had students say very intolerant things in regards to immigrants,” he says. “I have kicked out students for being intolerant, and saying explicitly racist things.”

Elizabeth Marks, another U-32 history teacher, speaks of similar experiences. “I would say the toughest discussions we’ve had in my class were during the lessons on lynchings, looking at images of people hanging, while white men were gathered in front of somebody hanging, smiling, posing in front of them,” says Marks. “I had students not really thinking clearly before making comments,” she says, “trying to be the class clown when we were looking at those really graphic images.”

Elizabeth feels that there are things teachers can do to help. “I think one thing that is important to do is to not always make eye contact with a person of color and see them as an expert on this,” she says, “like saying ‘you know all about this, what’s your take?’”

Latisha also believes that teachers can do something to help. “Don’t just ask the person of color in class,” Latisha says. “If you’re talking about slavery don’t just go to the person of color to answer your questions. Don’t put us on the spot, and if kids are making comments, stop it. Don’t just let it keep going.”