Summer School or Super Senior? 15 Juniors Respond to “The Meeting” 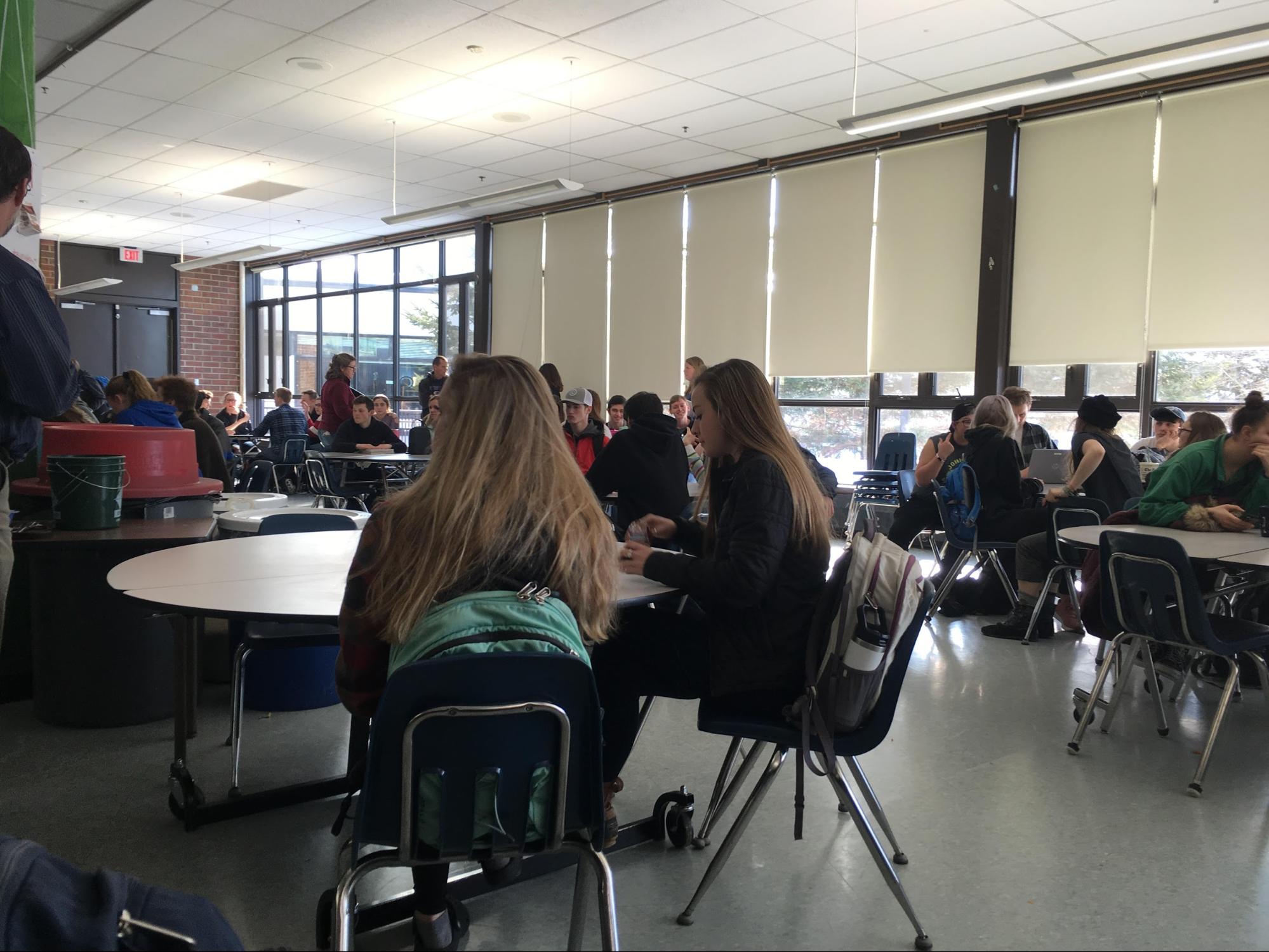 The cafeteria was packed with juniors giving blank stares or holding side conversations as Steven Dellinger-Pate explained the final steps the Class of 2020 has to take in order to graduate. Given the weight of the situation, few students seemed concerned about their future.

Steven reassured students that summer school is not a requirement, however, if they want to avoid spending a fifth year at U-32, they must prove they are proficient in all 41 standards (with specific exceptions) by the end of next year. 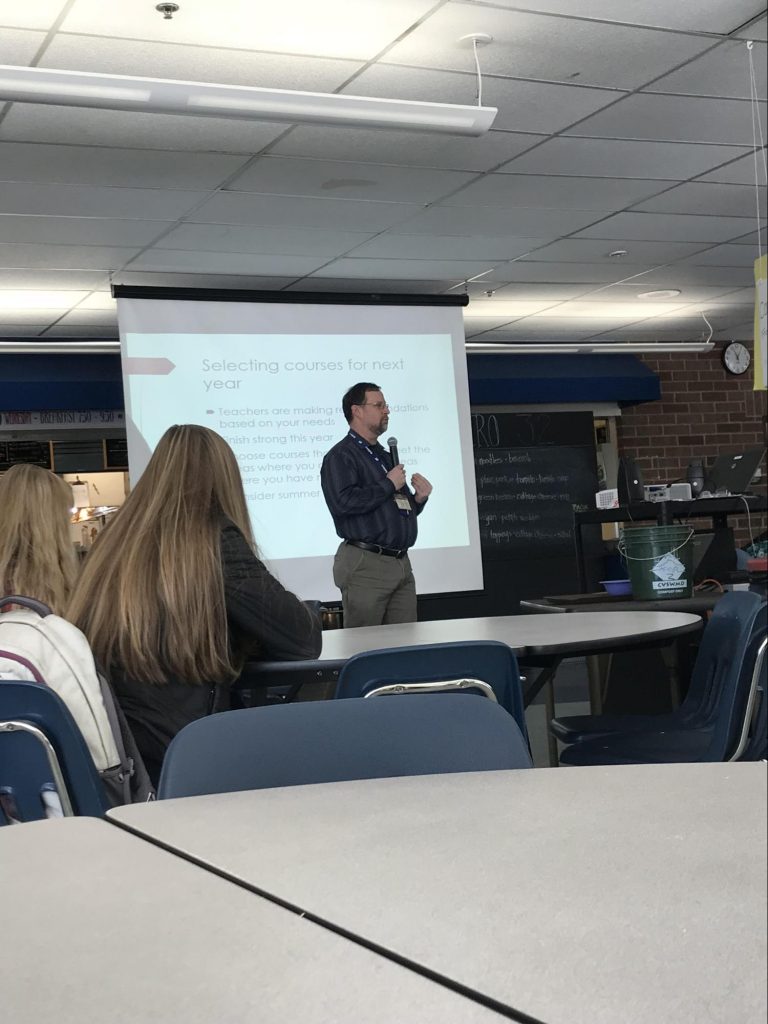 Many juniors are not on track. So, the question remains: go to summer school or become a super senior?

Steven outlined the current plan to have every student reach proficiency by the end of senior year, clearing up some of the largest problems with the proficiency-based grading system.  Juniors can track their progress towards graduation by viewing all 41 standards in Infinite Campus and their current scores (B, D, P, A) in each of them.

Students can see which classes assess which standards to plan their senior year. It is more clear now what is expected from each student and what graduation from U-32 means.

Summer school is recommended for students who are behind in their learning. Summer school will last for four weeks and classes in math, financial literacy, science, and art will be offered.

Questions about GPA were also cleared up. GPA is calculated from the average of course grades on a number scale from one to four, independent of the graduation standards themselves. Questions surrounding transferrable skills and how they are assessed still remain.

The journalism class interviewed 15 juniors about the meeting, representing a wide range of students. Here are their voices: 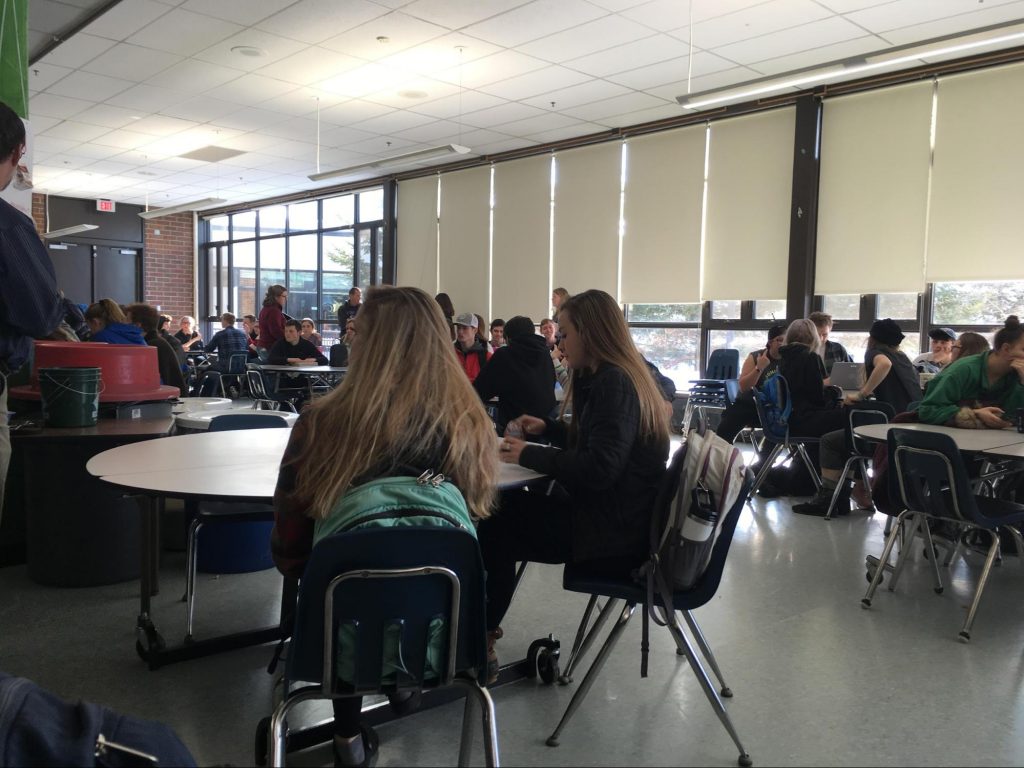 Asked to describe his feeling in a single word, “Frustrated.”

” I think my class got screwed over because we were the guinea pig class… none of the teachers knew what they were doing, they didn’t know how to grade us, we didn’t know how we were being graded.”

“A Lot of us feel like we were set up to fail, because we were the trial run.”

“I feel like most of the points that they brought up were just trying to place the blame on us even though they haven’t really done a good job explaining what we had to do at the beginning, and they were basically trying to build the plane as we fly.”

“Steven brought up colors [corresponding to scores for standards in IC]… I have no idea…. He [Steven] just kinda left it very vague.”

“I think the meeting really showed how unprepared the school was when it comes to transferring to proficiency-based grading.”

“It seems like an attempt at a new system so that people can’t pass with D’s and stuff, but they didn’t think it through enough….  Everyone was against it, no one wants to go to summer school!”

“A lot of kids had concern, like ‘am I going to be able to graduate?’”

“They’re telling us this stuff halfway through the year and it would have been helpful to know at the beginning of the year. I think a lot of people thought it was unhelpful.”

“I didn’t really walk away knowing any more than I did walking in. All it did was raise a lot more questions that it seemed like they should have had real answers to but didn’t”

“It felt like the new grading system is failing and they’re using the excuse of us ‘not working hard enough’ as a scapegoat. It gave me no hope that there was anything I can do to stand out, except get all 4s.”

“I felt like even though this was supposed to be ‘the meeting’, nothing really got cleared up. It isn’t fair to us to maybe have to go to summer school for the mistakes they made in the first year.”

A student who wished to remain anonymous

“This is ridiculous, I’d rather drop out than repeat another year of high school.”

“You can quote me on this: they have remade natural selection into a system of grading known as ‘proficiency’ where those who don’t learn the way the school (nature) wants them to, end up failing and not achieving their proficiencies in order to graduate which in turn leads to them not being able to graduate on time.”

“It’s kind of funny because everyone always jokes about summer school and how they are going and that it should be a thing. Now it is, and we aren’t even really enforcing it. You have the choice to be a super senior or to go to summer school.”