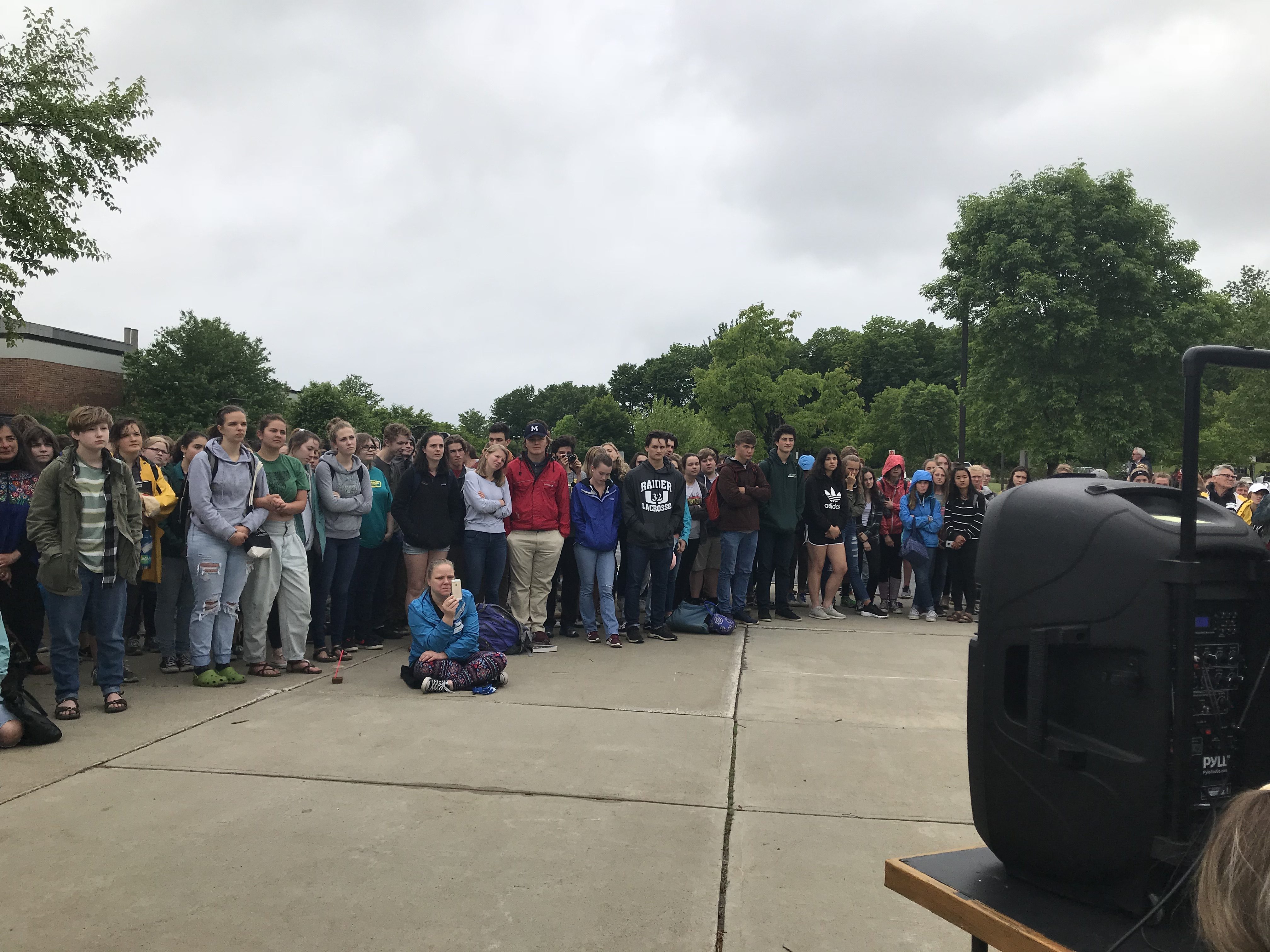 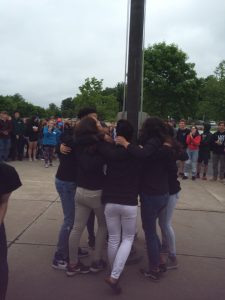 The decision to raise the Black Lives Matter flag at U-32 is just a part of a much larger story. The flag-raising ceremony alone revealed a broad range of opinion and engagement in our community.

On June 6th, a group of students attended a U-32 School Board meeting with a proposal to raise an All Lives Matter flag. Parents were also present to voice concerns about the increasingly polarized climate of the school.

The Chronicle team set out to interview students and get their opinion on the flag. We asked the following questions:

Less than half of the students we approached for an interview agreed to share their perspectives. The group of students interviewed does not represent all opinions in our school, but all voices are important as we continue to tell this story.

“A group of kids got together to do something they care about, so I felt good about that. They’re passionate about Black Lives Matter, but I feel like we are doing it for attention.”

“Not everybody was heard- it should have been a school wide decision, not a small number of people deciding.”

“We don’t have a lot of African American students in our school, it doesn’t seem applicable for here.”

“As a school, there was a fairly positive reaction. I was not against it. It was a good gateway for conversation.”

“I think there should have been more discussion and more decision making prior to raising the flag. It was rushed. We only had two class discussions about it and there was clearly disagreement from certain students.”

“I think it’s a good thing, obviously there is a need for it…. As far as I’m concerned it is not a political organization. They don’t donate to political campaigns so how they be biased in that regard?”

“There shouldn’t be any political views supported by the school. Schools be completely neutral and should let the students have their own beliefs. While they might be supporting one group of people they are oppressing the other group that has opposing beliefs.”

“My impression is the BLAMM club went to the school board and said they wanted a Black Lives Matter flag raised on the flag pole. Then they just said yes.  Without seeing what everyone else thought about it or seeing how that might affect other students they made a controversial decision.”

“I don’t know if it reveals anything that we didn’t know before about our school…  I know it was discussed on the school board. I wouldn’t say they did a terrible job discussing it, I just think they could’ve done a better job sharing it with the student body.”

“I wish our action in supporting African-Americans was more original and less politically affiliated. In some ways feel that coming from our nearly all-white school the flag is a bit of a cop out and although everything it stands for is powerful and true, I think there may be more action-oriented ways to make a statement.”

“I’m for it but I also feel like the school shouldn’t be taking a political stand.  It’s a public school, it should be neutral about most issues.”

“I think it’s a good thing that they’re doing.  My sister helped to make it a thing and I’m pretty proud of her for that.   I think most schools should follow suit, and do the same thing.”

“I think it’s pretty beat.  All it’s doing is distracting kids from school.  I see the point in putting the flag up and that people need to be represented but feel this is a really strong way to do it. I think they should put an “All Lives Matter” flag up because that would represent everybody not just a small minority.  I feel like they were using reverse psychology on everybody and using racism back at people to kind of prove their point.”

“I think it shows that u32 is willing to accept students that are a little different and embrace them despite skin color, we are able to look past differences.”

“It means we are having important conversations at our school. It’s justice in a way. It brings out the tension that has already been there but it reveals that we are willing to face that tension and try to make it better.”

“BLAMM came to the school board asking to have the flag raised and the board discussed it and set up  a set of belief statements, so basically if a flag they want to put up aligns with those set of statements then they can put it up, but if it doesn’t, such as an N.R.A. flag, then obviously they cant put it up, they are also drafting a flag policy to deal with the precedents this flag might set.”

“I’m okay with it I guess I don’t really have a clear explanation why they’re doing it but I’m for it… I think there should be more discussion with the people and classmates around the school.”

“I kind of feel like we’re doing it because Montpelier did it, but I also feel like we’re one of the first high schools in the country to do this and overall I think it’s a good thing.”

“I’ve heard a lot of feedback …  people feeling like we’re doing this for the wrong reasons and people getting really really annoyed with racism.”

“It gives me a lot of joy to know that this school is finally making a change and putting up something that’s gonna point us in the direction of change.”

“We had the conversation before we put the flag up, not after, so it wasn’t a shock to anyone. We talked about it, everyone’s voices were heard. So I think we did a good job with that.”

“I think it really is revealing the racism in our school it’s really bringing it up because people are mad about this flag, so it’s showing their dark side. It’s showing them in the meeting saying all these things that they wouldn’t have said if the flag wasn’t going up.”

“I think it’s a good thing because racism is a problem here at U-32 and I think it needs to stop…I think it shows what people their real opinions about the flag and see what their thoughts are that they don’t want to share usually about things they’re not comfortable talking about.”

“We wanted this to be a catalyst for everything and I was going to say other people felt as if we didn’t do it the right way like we needed more time but our goal was to have this flag create a movement and that’s what it’s doing.”

“I think, with the whole political thing, it’s not supposed to be political movement.”

“I think it’s amazing to see all of the motivated students who are putting aside all so much time to work on projects like this, even people who oppose it who aren’t afraid to speak their minds.”

“I think it reveals the two different sides, but it also reveals a lot about how we interact with each other and listening and actually hearing what the other person is saying, and taking that into account before responding. I think a lot of times people don’t do that. They just say their thing and are like, “no, no I’m right,” and are really closed off to what people are saying.”

“I think it shows that our school is ready to make a powerful statement about a controversial issue to the community.”

“Throughout the process it was hard to talk about and give opinion on it because we are not a diverse state so it is hard to connect on that level.”

“The school is publicly trying to create a better culture and bring people together, but there wasn’t many problems here to begin with, especially racism. So if anything this whole thing has created more problems between the students at school.”

“It’s a very good thing, a step in the right direction. We have an active community and are willing to change.”

“I felt the students were not really a part of this decision. I saw a lot of arguments on Facebook.”

“There is a good amount of people on both sides…  and the people who were not sure really felt like no one listened to what they were saying or asking.”

“The school seemed very one-sided in this decision. I feel like the staff should have talked more to the students.” 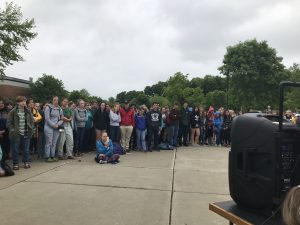