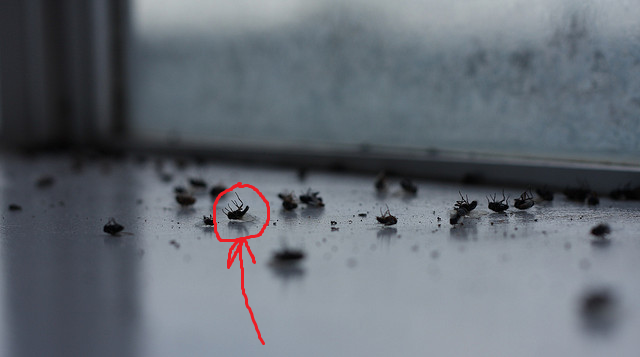 A resident of Zachary Gonzalez’s classroom, local fly Adam Sandler, 34 days, passed away on Monday, September 21, 2015. The family does not wish to release the cause of death, but they would like to have everyone know that he died peacefully in the place he was born.

Sandler’s life started as a mere maggot, with a total of 147 brothers and sisters, but Sandler’s relatives say that he was definitely one in 147. Sandler was born into a very wealthy family, and being the son of Stanley and Janet Sandler, he was given opportunities that weren’t available to all of the other flies.

He married Jacqueline Samantha “Jackie” Titone on his 27th birthday. Their babies were born the following Friday.

Sandler first worked at his family’s manure farm, spreading, stepping, and eating all that he could find. This business is what makes the Sandler family name stand out from the others.
He was a very ambitious maggot as he pupated very early, becoming a housefly within a few days.
Sandler was not the first in his family to die: He continued his parents’ legacies and hoped to have his children continue his.

He enjoyed playing with his fly buddies, playing the guitar, camping, and John Deere tractors.
Sandler’s children would like to announce that the service to be held this weekend in Zach’s local trash can. They would like to thank all of the residents of Zach’s classroom who partook in their father’s life cycle.