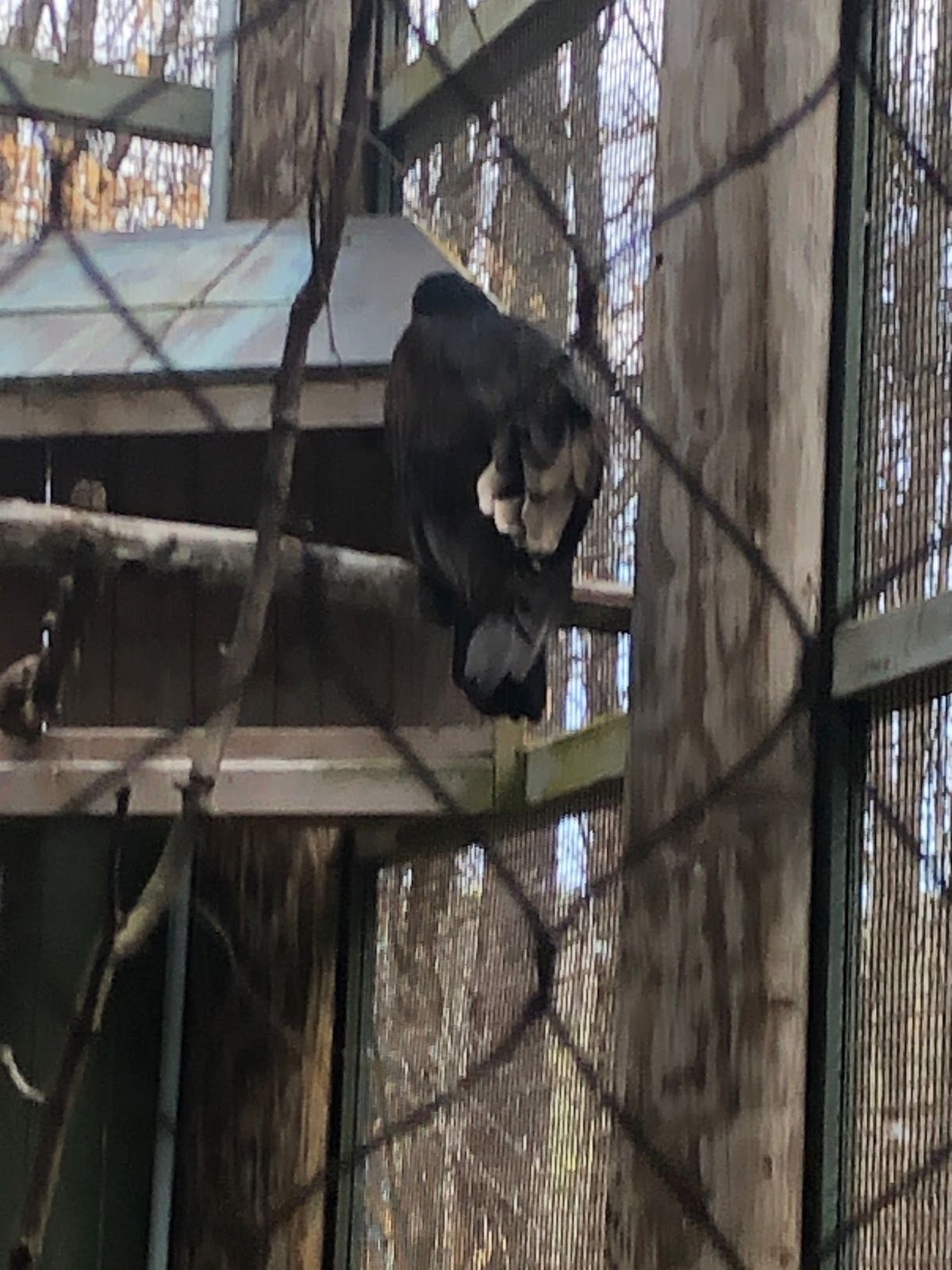 It was just a normal day in Vermont for Poultney. She soared high above the Earth, her nearly 2 meters (6 feet) wide wingspan allowing her to ride the warm air currents that she needed in order to get airborne. As she circled over the vast stretch of green below, her perforated nostrils caught a scent.

Poultney wasted little time, slowly but surely descending the air column that held her aloft, sweeping from on high with broad, circling movements until she was able to land. She touched down with a thud, a few feet away from the source of the stench: an old deer.

It wasn’t much, but it was food, and that’s what counted. Poultney slowly shambled towards her meal, her bald, wrinkled head swiveling to and fro to ensure that nobody else had gotten to her meal before she did. She shuffled atop the deer, her reptilian claws digging in and her thin, pointed beak opening a fresh incision in the carcass with near-surgical precision. Poultney shoveled the meal into her throat, swallowing large chunks with every bite.

Suddenly a loud bang lit up the forest, and Poultney felt something smash into her side, knocking her off the deer and causing her to tumble to the ground. Still reeling from the blast, Poultney dragged herself away and slowly regained her footing, spreading her wings in a vain attempt to get airborne. Just as she did so, a flash of pain shot through her right-wing. The feathered appendage wasn’t rising with the other one; it was dangling uselessly at her side, throbbing with pain.

Poultney had been shot. Fortunately for her, she was discovered and brought back to VINS, a nature center and raptor rehab in Quechee, VT. She now lives in captivity with Randolph, another turkey vulture who met a similar fate.

Anna Morris is the lead environmental educator at VINS Nature Center. “They hang out on the side of the road eating roadkill, and they can be hit by cars,’’ she said.

Morris also said that turkey vultures may occasionally collide with wind turbines or be perceived as a threat to livestock or crops. “And although it’s not so much, because it is illegal to hunt them or to shoot them, that does still happen,” she said. “People shoot vultures in many parts of the country’’.

Vultures in the wild

Turkey vultures (Cathartes aura) like Poultney play an important role in their ecosystem. These raptors have largely foregone hunting and killing other animals like most of their relatives, and instead have become specialized scavengers. As scavengers, they feed on carrion (dead stuff), and this helps our ecosystem in numerous ways.

For one, if we didn’t have vultures and other scavengers, the bodies of animals would pile high. Diseases would run rampant, and the whole area would smell nasty.

Secondly, when vultures feed on a carcass, they’re breaking it down into the soil, and the nutrients of the carcass that go uneaten are recycled into the environment.

Finally, vultures keep their ecosystem in balance. In India, for example, when the number of Indian vultures was reduced sharply via diclofenac (a type of veterinary drug) poisoning, the number of feral dogs exploded, followed closely by the lethal disease rabies. According to National Geographic, the fallout of this vulture-less rabies pandemic cost the country an estimated $34 billion USD, and approximately 50,000 people died.

Today, vultures are facing some serious threats in the wild. The Indian vulture population has fallen 97.4% between 1993 and 2002 (Swan et al. 2006), likely due to the now-banned diclofenac. Thanks to conservation efforts, their numbers have risen to around 100,000. Closer to home, the majestic California condor (North America’s largest extant raptor) was all but wiped out in 1987 by lead poisoning, poaching, and habitat destruction. Today, less than 600 wild individuals remain.

While the turkey vultures we see in Vermont aren’t as threatened as their Indian or Californian counterparts, they still do face some challenges – namely the turbine and car collisions mentioned earlier. 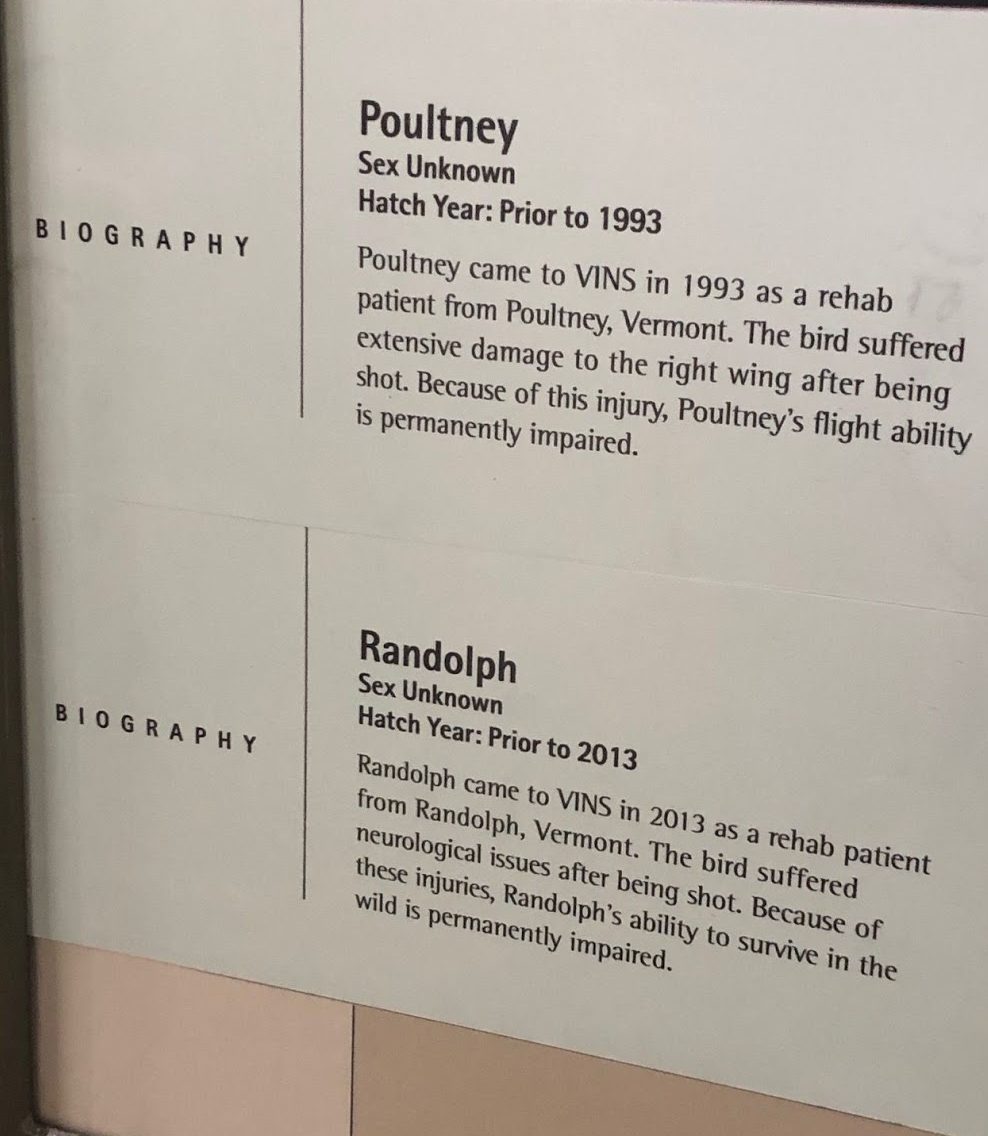 Poultney and VINS’ other turkey vulture, Randolph, were both brought to VINS due to injuries from being shot. Neither vulture will ever fly again. It is unknown why Poultney and Randolph were shot, whether it was accidental or intentional, but in some areas, turkey vultures are seen as pests.

Many farmers confuse turkey vultures with their more predatory cousin: the black vulture (Coragyps atratus), a bird that only rarely enters Vermont but has been documented harassing and killing small livestock, such as poultry and newborn calves. Others incorrectly believe that turkey vultures ruin property with their unique defecating-on-feet procedure, known as urohidrosis, or carry anthrax and/or hog cholera and spread them to domesticated animals. 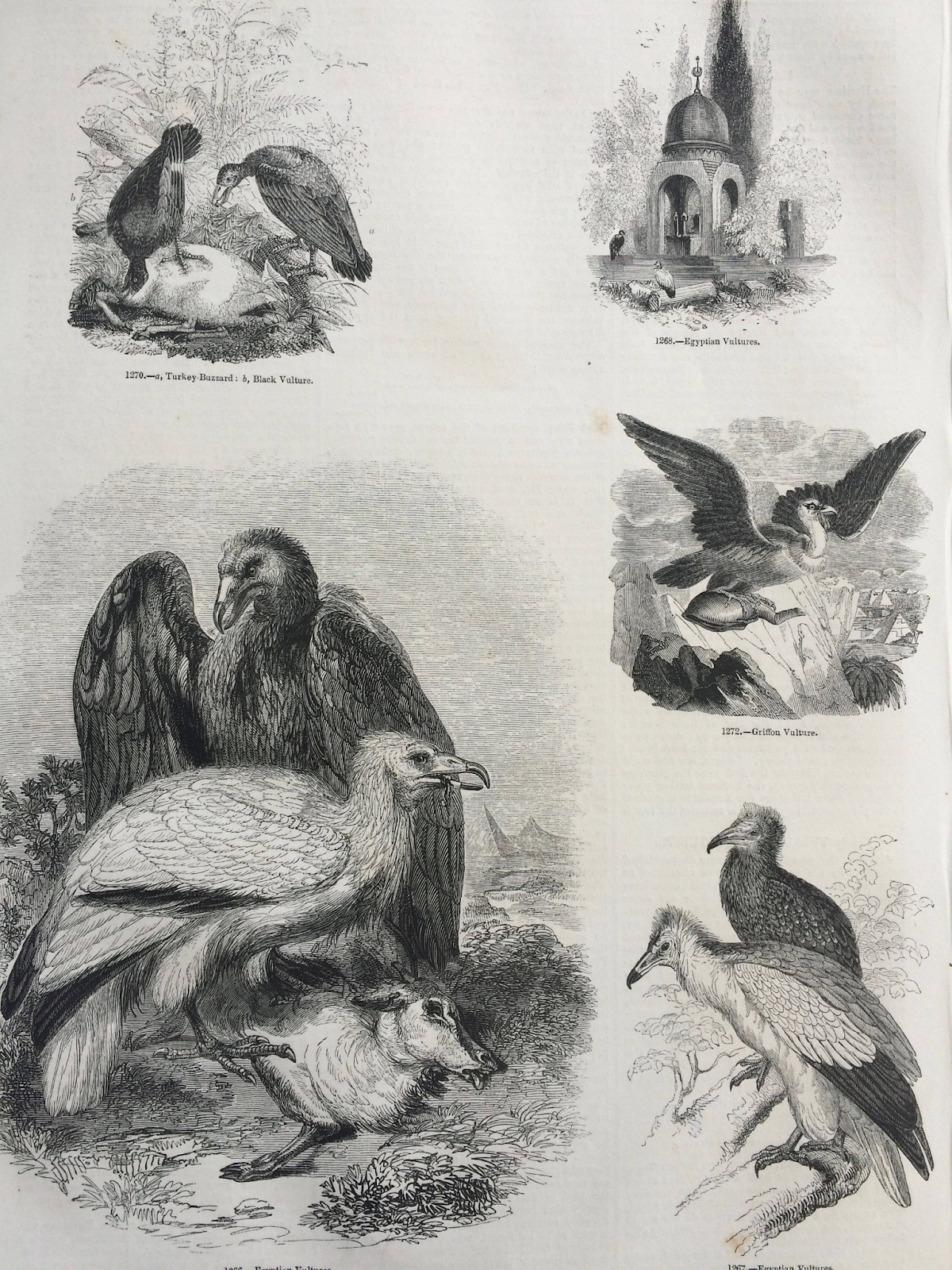 In reality, turkey vultures are scavengers, not predators. They don’t defecate on fences or other structures any more than other birds. Most, if not all, diseases break down in their bodies thanks to their hyper acidic stomachs. And turkey vultures are very particular about keeping clean and orderly. Aviary netting, guard animals (like roosters, emus, and llamas), and effigies (statues) are just as effective, if not more so, at keeping avian predators away than gunfire.

Hope for the vultures?

There is still reasonable hope for Vermont’s turkey vulture population. “They’re actually increasing, which is a nice trend to see’’, says Doug Morin, leader of the Vermont Fish and Wildlife’s Bird Project and wildlife biologist. “They’re kind of a generalist species, they use a mix of farm and forest land, and they’re fairly well adapted to being around humans. They’re not going to roost on your porch, but they don’t mind people as much as some other species do.’’

Anna Morris share’s Doug’s optimism. “We want people to walk away with the confidence to take those actions,’’ she said. “Whether it’s something like driving more slowly around roadkill that vultures are feeding on, or switching to non-lead ammunition, or supporting legislation that makes wind turbines safer for birds.’’

For now, Poultney and Randolph hang out in their enclosure. Randolph is currently preening herself on a tall tree, while Poultney sits on the ground, a harmless pile of feathers. She eyes the newly brought food – raw meat – before she gulps it down. It’s no deer, and the thought of not circling down before feeding is still a bit strange to her, but it’s better than nothing. 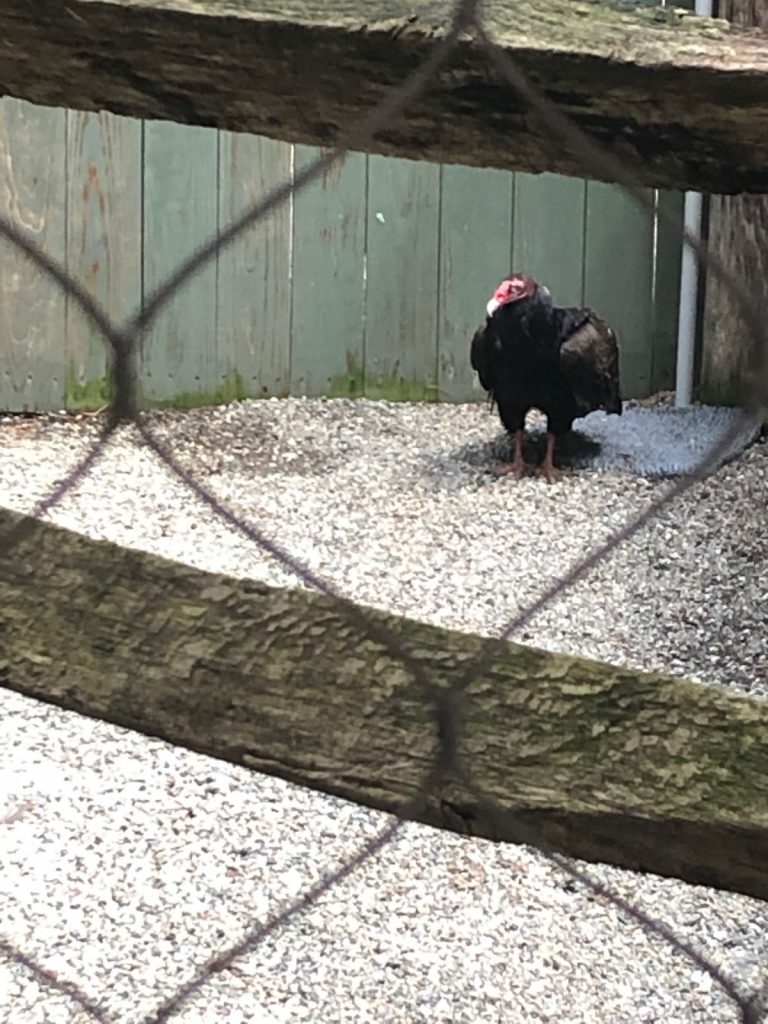 Far from Charles Knight’s avian Jason Voorhees, a grounded Poultney sits inoffensively in her enclosure at VINS, waiting patiently to be fed.