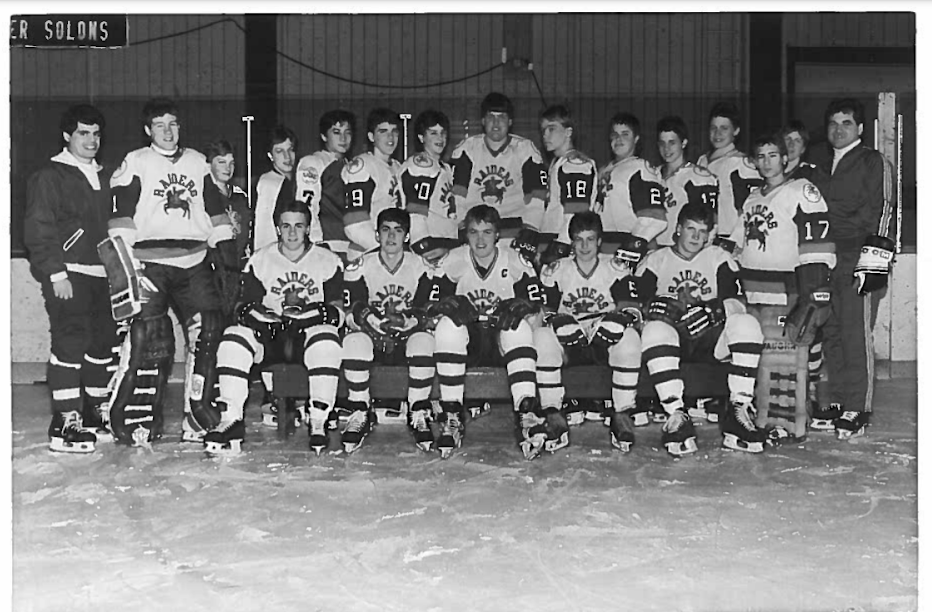 This piece is part of the 50@U32 series celebrating and remembering old times till now.

In the February of 1990, Markus and Timo Bradley, 16 year old twins from Calais, packed their bags and headed to the airport with the rest of the U-32 hockey team to fly to Finland. Markus and Timo’s parents had helped organize the trip with U-32. They had a cousin in Finland who connected them with families from the area who agreed to host them. They stayed for ten days, playing four hockey games, visited tourist attractions, and partied with the Finnish high schoolers. In an interview, they reflected on the funniest moments from the trip, as well as the impact of being exposed to Finland as a young person. 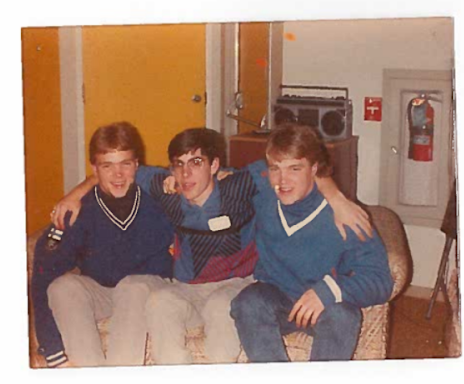 Timo and Markus, along with a neighbor in 1990.

Ella: So first of all, what was the hockey like?

Markus: We played four games, with local teams. Lost them all. Finland doesn’t organize their sports there based on school, so their teams are more of a club, really. But I remember being smoked pretty badly by kids five years younger than us.

Timo: Yeah, I remember, we got to the high school in the Lauttasaari islands. They arranged a floor hockey tournament. And we got our butts kicked by the club pretty severely. They were up by about 10. Wasn’t even close.

Markus: After the games, we went to a sports center in Vierumäki and got a lesson from one of the coaches. Didn’t speak much English. I just remember him shooting on us. From a fair distance out and our goalie was set and ready. He just blew the puck by him over the top of the shoulder, under the crossbar. And it looked to me like he could repeat that same thing 30 times.

Timo: It was a whole different experience than what we were used to. I remember this one kid was trying to pick fights and stuff and we were getting our butts kicked by kids. And I remember one of those moments in life where, you know, I’m not overly patriotic, but like, dude, we got the American flag on the sides of our jerseys.

Markus: So yeah, we got embarrassed on the hockey front.

Ella: Where did you stay?

Timo: We had host families in Helsinki, they fed us. And that was fun. It was a great experience.

Ella: Was there some kind of background check for the families?

Markus: Nope. It was pretty spontaneous.

Timo: All of our hockey stuff was being kept in a room in the high school. Do you know what old hockey equipment smells like? I remember cracking through the door and the room was just big enough to get the whole team’s equipment in there, there were 20 or so of us. All those smelly hockey bags not even dried out or anything just packed into that room like sardines. One of the moments that sticks out the most in that trip was how bad the smell was.

Ella: Did you travel anywhere outside Helsinki?

Markus: We went to Lahti, which is north of Helsinki. There’s an Olympic sports center with a 90-meter ski jump! There’s a tower, you have to take an elevator to the top. None of us went off it, way too tall. It was a really windy day. I remember just how windy and cold it was.

Timo: I remember the last night we were staying at a hotel. Looking out the window, there was a flooded soccer field, and people were playing this sport called bändi I’d never seen before. It was like field hockey on skates. That was pretty cool.

Markus: We were mostly in Helsinki. I remember going to the dance but then we went out and just drank beer in the park. We were into exactly what you guys are into.

Timo: And I remember one teammate wearing sunglasses all day long the next day. He was totally hungover. They’ve been drinking high the night before with their host family.

Timo: I mean, the pauses of it were worth it because there were kids that never left New England. There was a kid that never flew on an airplane. Hopefully, it was an eye-opener and a life-changing experience for a bunch of us.

The 1990 U-32 Hockey Team, taken before the state championship

Markus: There was this one guy on the team, it’s the only time he’s ever been out of the state. Yeah. And to a semi-socialist, semi-free market country. That’s pretty powerful.

Ella: Did the coaches know what was going on, with all the partying?

Markus: I don’t know, they would deny that. But you know, that’s just the way it was in high school. 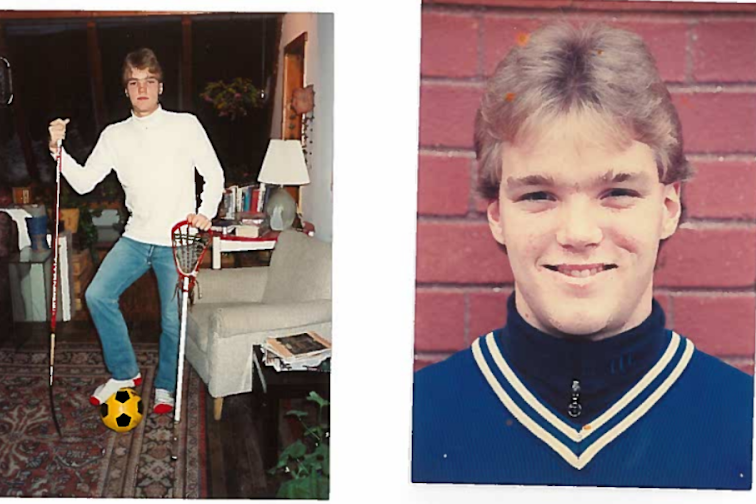