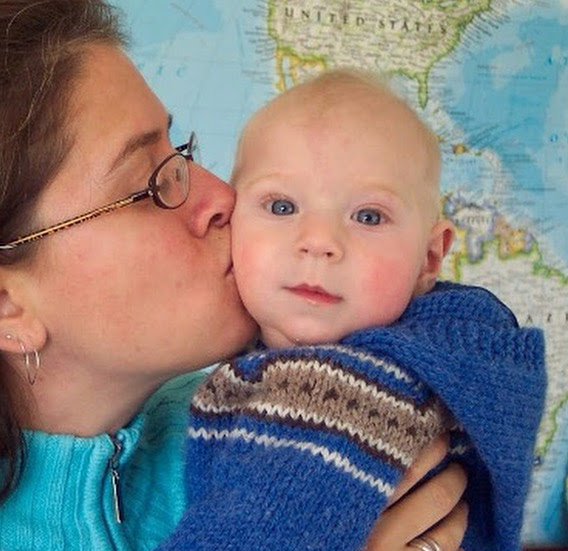 When Otis Loga was born at Gifford Medical Center he had a difficult time breathing. His parents, Amy Williamson and Joe Loga had no idea what was going on. This was frightening because throughout the pregnancy nothing had gone wrong. Suddenly their child’s future was uncertain.

The doctors stabilized Otis and he was flown by helicopter to Dartmouth- Hitchcock Medical Center. He underwent several tests to see what might have caused his difficulty breathing. They soon discovered that his muscles were tighter than a typical newborn’s.

The doctors diagnosed Otis with cerebral palsy, known as CP. They assumed that at some point he went without oxygen while Amy was pregnant, but they will never know for certain what caused his disability.

Cerebral palsy is a medical condition that makes it difficult for the brain to send messages to other parts of the body. Amy knew the degree to which it affects people is different from case-to-case.

“I was curious what CP was going to look like for Otis,” she said. “When he was first born we didn’t know if he would be in a wheelchair, or even if he would be mobile at all”.

When Otis was younger he could sense that his body couldn’t do the same things as the other kids. Amy said that when Otis wanted to color it was difficult for him because of his fine motor challenges. His hand would shake, which made simple tasks more difficult. All he wanted was to do what everyone else was doing.

“He got really frustrated, and would throw things across the room, cry, scream and yell,” Amy said, “until we could figure out a way around the things that were limiting.”

Today Otis is a sophomore at U-32 High School in East Montpelier. Throughout the pandemic, Otis continues to strive for independence.

“I think there are a lot of people who have disabilities that are capable of anything they put their mind to,” he said. “We are people too”

Otis learned early on that people didn’t know how to react to his disability. Kids would give him strange looks and not want to play with him because he was different.

In third grade, Otis created a slideshow and gave a presentation to his class about his challenges, which he continued every year through eighth grade.

The slideshow included a definition of CP. It showed why it takes him longer to put away his computer and why he had a paraeducator with him writing down his notes. The presentation gave Otis a chance to educate his classmates so they would feel more comfortable about his challenges. 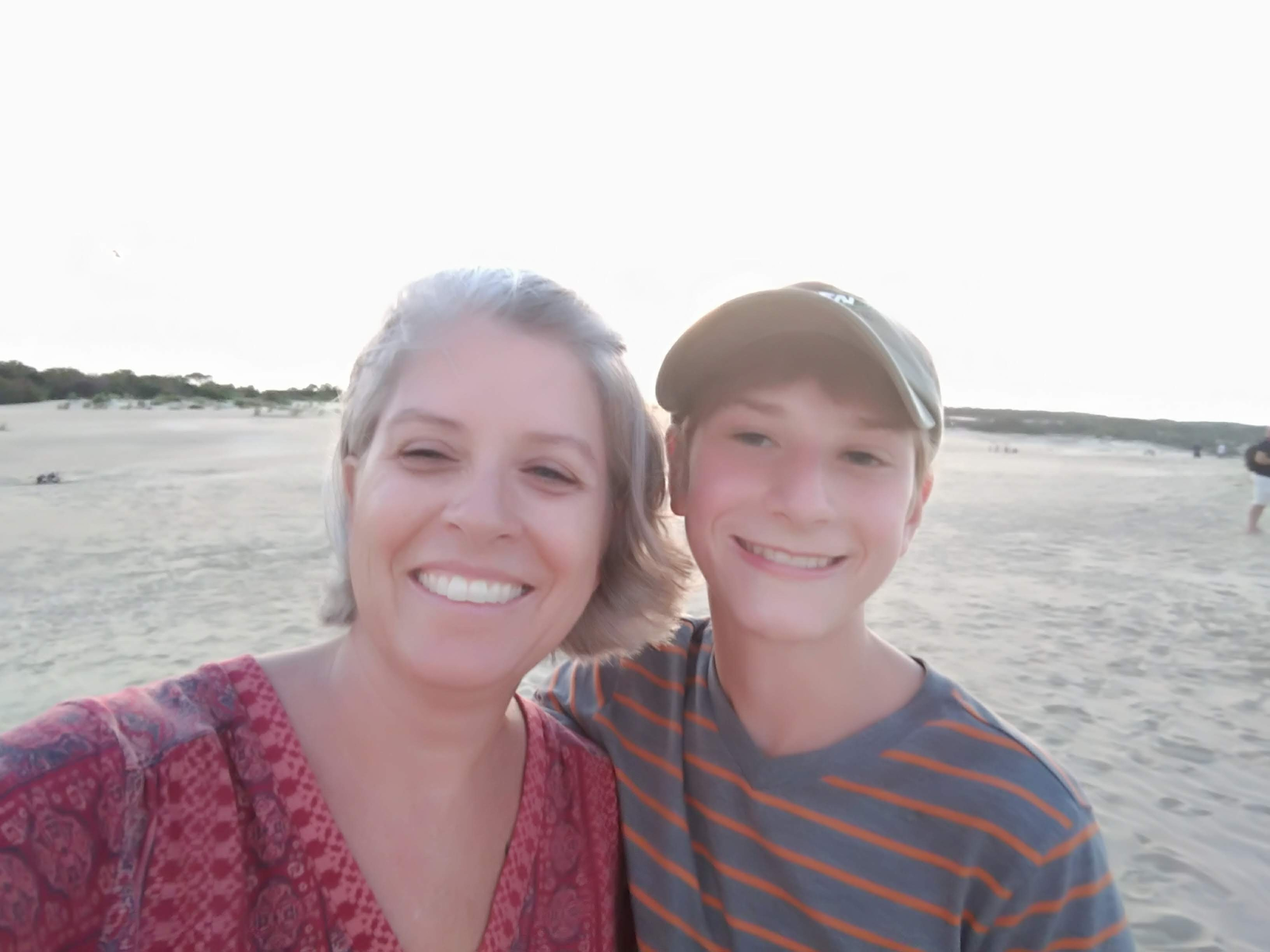 Otis and his mother Amy

Otis started learning how to ride a bike in fourth grade. The only adaptation was moving the brake from the left side to the right, making it easier for him to squeeze the brake. Now In the summer, he goes for long bike rides, twenty to twenty-five miles at a time.

Otis has several adaptations that help him live a normal life. He has an individual education plan, an IEP.  This allows for him to have accommodations in school, such as extra time on assignments and tests, and a paraeducator.

One challenge Otis faces on a daily basis is working with paraeducators. Otis needs help with taking notes. His paraeducator has their own table in the classroom and waits for Otis’s signal to help. On remote weeks he doesn’t have a paraeducator working with him.

“What I need is someone to be my hand–not my brain, not my teacher, not my voice.  I just need them to be my hand,” Otis said. “I am the brain and I do the talking.”

When Otis was fifteen, in February of 2020 he made an appointment at Adaptive Driving Rehab.  The assessment involved several tests: common sense, reaction time, and a simulator. These evaluations would decide if Otis was ready to move forward pursuing his license.

He knew as soon as he walked into the office it was going to be a long, exhausting day. It was frustrating when the instructor would ask questions to his mother instead of him.  Amy tried to direct the questions back towards her son because he was the one who should have been talking. Otis’s mom started crying.

Little did the instructor know that Otis is a varsity athlete at U-32 high school, competing in cross country running, cross country skiing, and track. 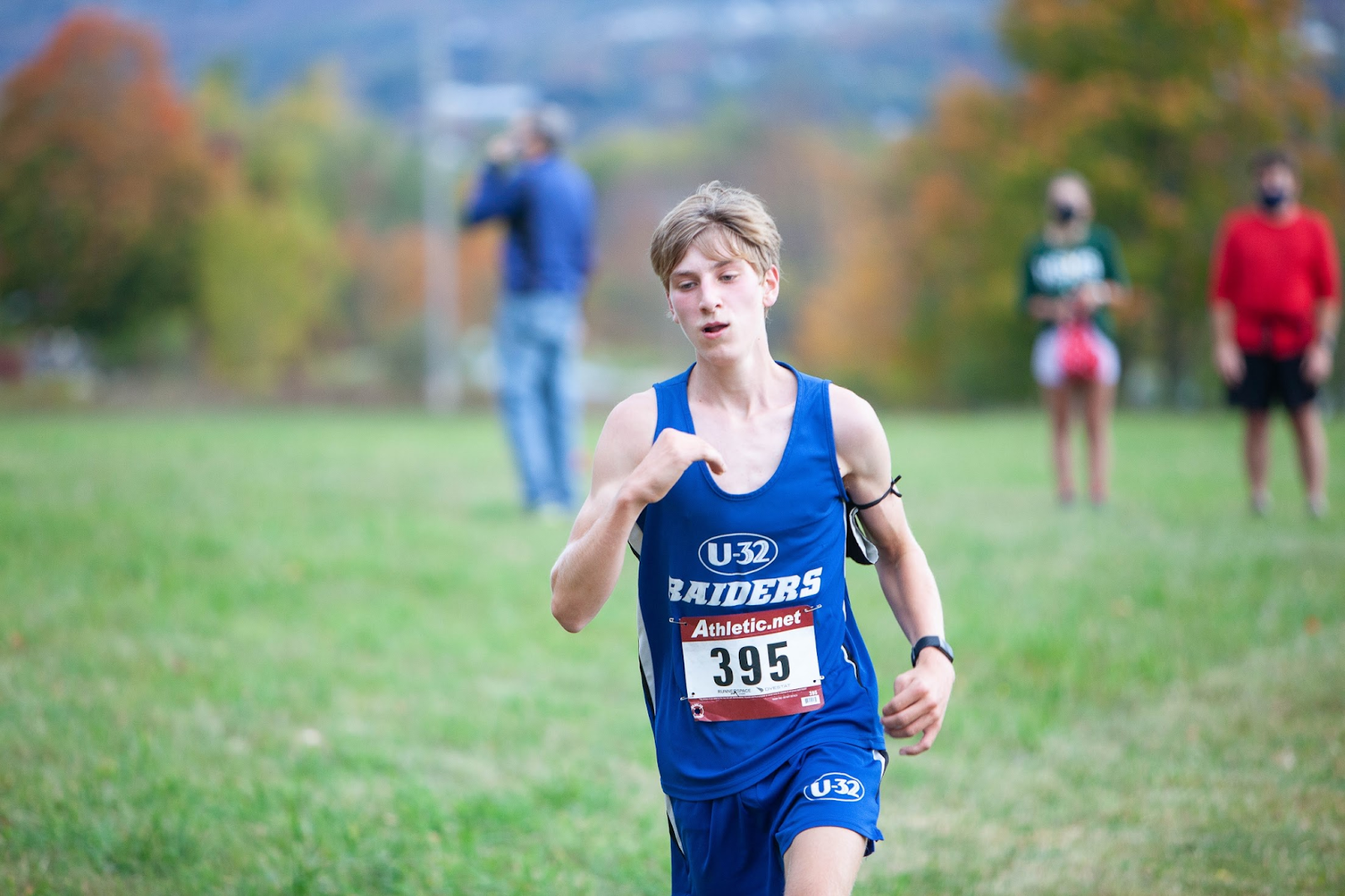 “Finally after all these years I found something that I enjoy,” Otis said. “I found my people, and I have a couple of great friends thanks to the team. “

Mark Chaplin is Otis’s running and skiing coach at U-32. He witnesses Otis overcome challenges on a daily basis.

“Otis is one of the most determined people I’ve ever met,” Chaplin said. “He has so many physical challenges that make it difficult for him to do stuff, and he just refuses to give in.”

Chaplin emphasized how much Loga has improved over time. He had to start with skis that did not have wax on them to give him more control. At first, it was difficult for Otis to even stand up for an entire practice. Now he skis with wax, and in competitions, he has started to catch up to and beat some of his peers.

“He’s pushing the boundaries of what he’s able to do and keeps expanding our definition of success,” Chaplin said.

Jed Kurts also competes for U-32 in both running and skiing. Kurts and Otis went to Rumney Elementary School together; now Jed has a front row seat to Otis working through his challenges.

“I think over time he has become more comfortable with himself,” Kurts said. ”Regardless of being set back a bit, he works unbelievably hard.”

Kurts described a time when Otis first started skiing. He was using slower skis and struggled going downhills. Jed remembers that even though he didn’t finish with the top skiers he had the biggest smile on his face because he persevered.

“When I think something’s hard to do, it’s always going to be harder for him,” Kurts said. “It really inspires me to work harder”.

On December 23rd, 2020 Otis took his driving test in Montpelier. He got to the Department of Motor Vehicles early and practiced for his driving test all morning. Loga also had to fill out special paperwork for his adaptation, hand controls, before he started the test.

Otis uses a spinner knob with his right hand to control the steering wheel and uses the right side of his body to drive while he sits on his left hand for stability.

Prior to the instructor entering the vehicle, Otis had to disinfect every surface that the evaluator could potentially touch. They cracked the windows for better air circulation. Both Loga and the driving instructor were wearing masks.

One of the evaluations on the driving test was parallel parking.  Otis’s leg started shaking because he was the most nervous he had been in his life. Once he finished the test,  the evaluator said  “congratulations, you are the newest driver in Montpelier.”

Now Otis drives to and from school, his parents’ houses, friends’ places, and different starting points for biking trips.

“I like driving,” Otis said.  “I just tell my parents where I’m going and when I’m leaving. I’m the boss of getting me to whatever place I need to go, without anyone telling me what to do”.