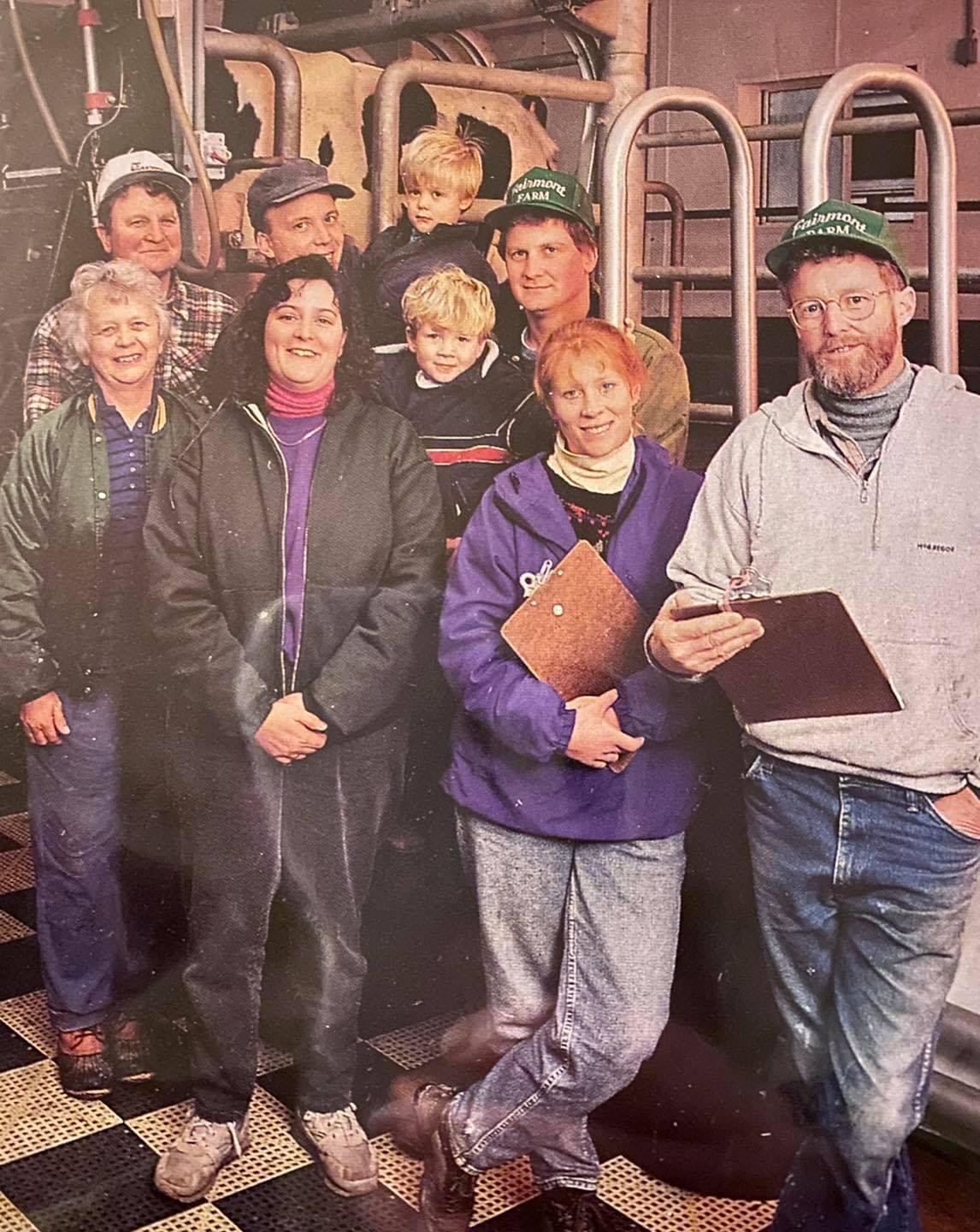 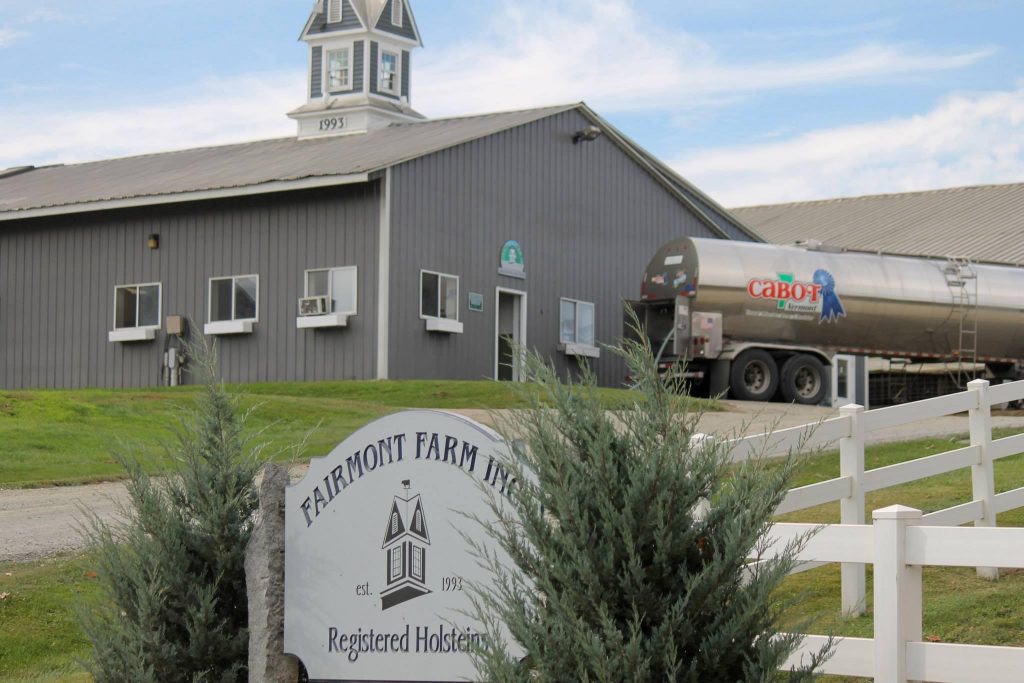 It was just a normal day in the fall of 1969 until Donna Hall looked out her window. She saw steam coming out of the cow barn windows and realized it was on fire. Within hours the whole barn had burned to the ground. Luckily no animals were hurt.

Donna and John Hall were only milking around forty Holstein cows at the time, but now they needed to find a place for the cows to go. Winter was quickly approaching. Austin Cleves owned a neighboring farm and agreed to take in the cows until the Halls had rebuilt their barn. 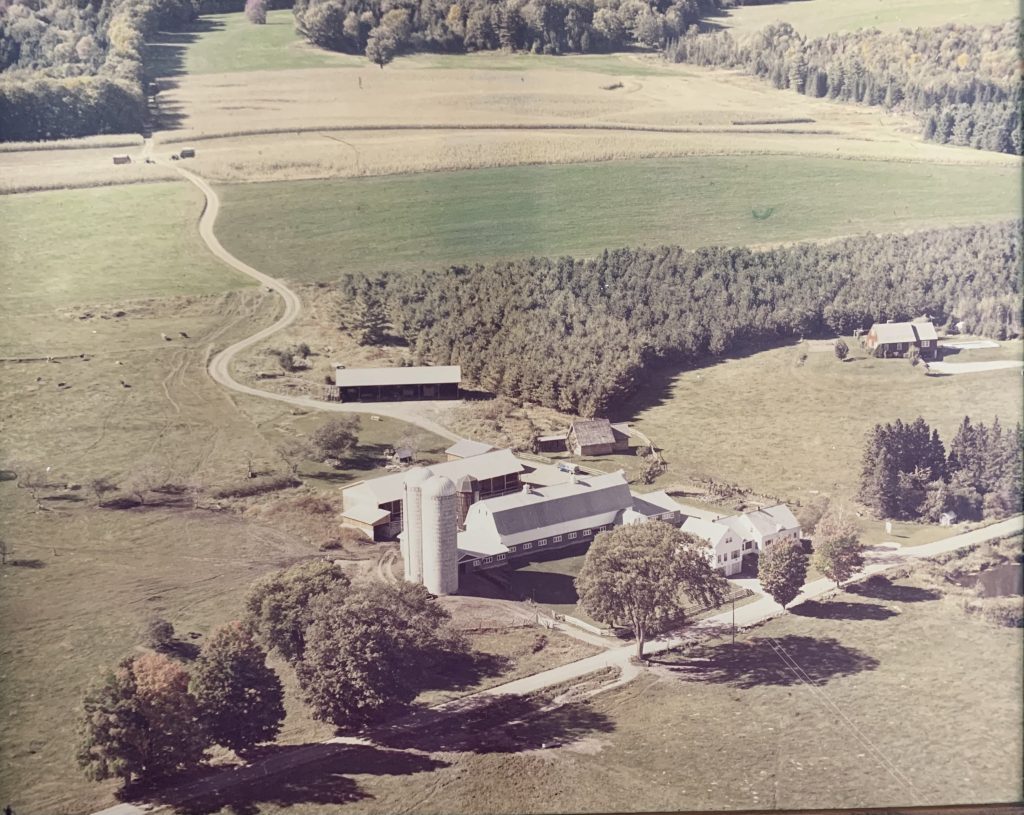 Fifty years later, another catastrophe happened. In March 2020 milk prices crashed just as fast as the Halls barn burnt to the ground.  When Covid first hit in March of 2020 there were many questions on what was going to happen in the dairy industry.

Richard Hall is one of the owners of the farm now. “I think the biggest struggle was the uncertainty,” he said. “Milk prices crashed like we’ve never seen crash before,” and it put the farm in jeopardy once again.

The farm today is over four times larger compared to back in the early 90’s when three small farms in East Montpelier joined together. They started by building a 400 cow free stall barn with a double twelve parlor (a parlor with twelve stalls on each side). They were able to complete the new barn, and in 1993 the three small dairies combined into what is now known as Fairmont Farms. 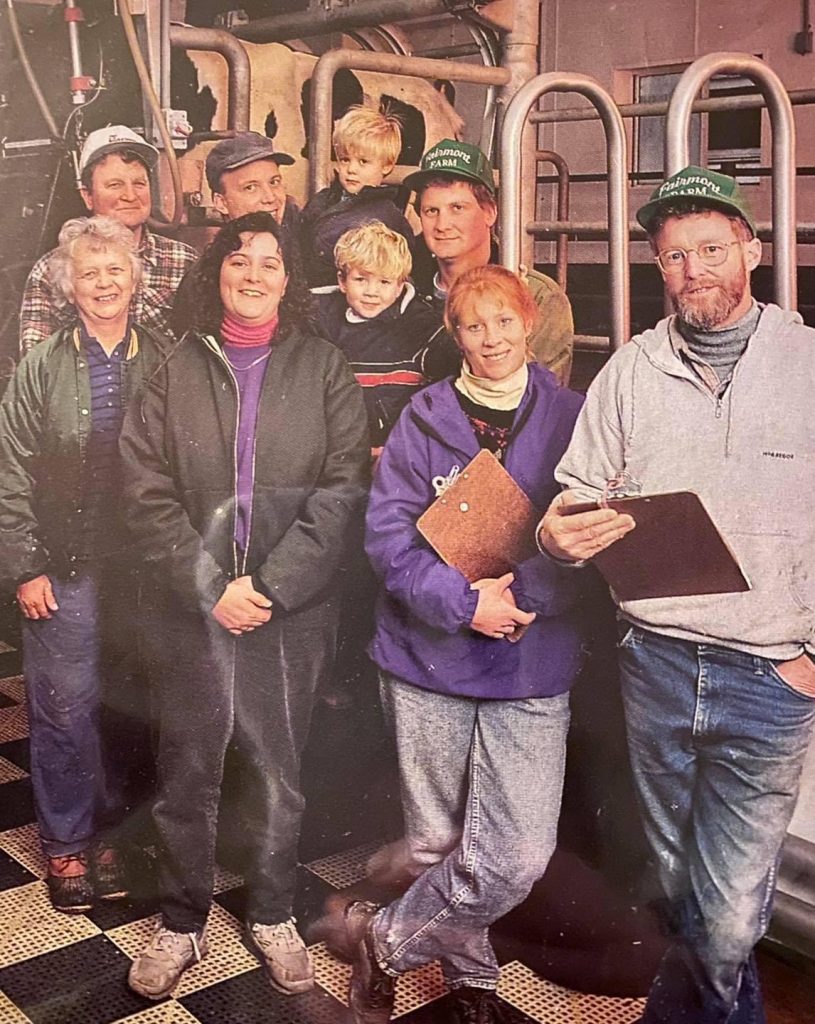 Today that friendship has turned into a farm worth over 9.1 million dollars that milks on average 1624 cows a day. Fairmont shipped over 45.7 million pounds of milk in 2020. They also raised 1150 heifers (cattle that have not had a calf yet), including some of the nicest show cows in all of New England, winning grand champion at the New England summer show in 2018 and 2019. 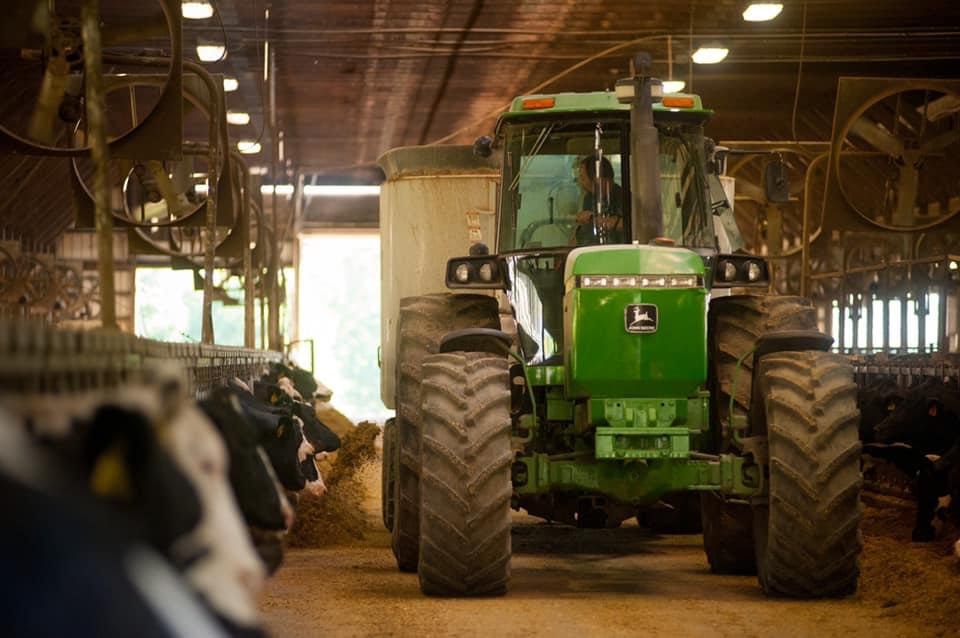 They crop a total of 3500 acres all across central Vermont. In order to till the ground in the spring and harvest in the fall, they have a total of nine tractors and large pieces of equipment. Most are valued at over $100,000 and some are even worth close to $400,000. They also have a fleet of seven semi-trucks that haul all of the feedback to the farm from the field. 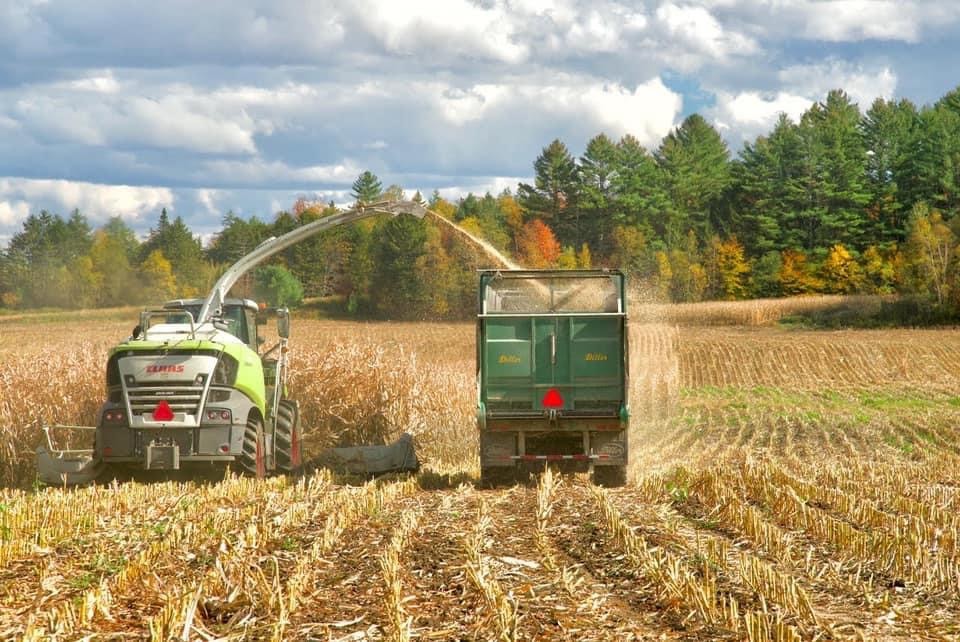 When milk prices dropped in April of 2020, from $18 per hundredweight(100 pounds of milk) to $12, there was lots of concern for the industry.

The whole supply chain had been disrupted when restaurants and schools got shut down, which forced people to buy more products from the grocery store. Plants couldn’t keep up with the rising demand for wholesale products. Plants producing butter and cheese for restaurants and cartons of milk for schools could not move any products.

Tucker Purchase, another owner, said that it is not possible to run a dairy business with $12 milk because it takes close to $18 to produce each hundredweight. With Fairmont producing around 90,000 pounds per day, they would lose up to $50,000 each week. In the best of times, milk prices were $19, and even then profits were low.

“Thankfully, we got a lot of government funding,” Tucker said. There was a PPP (Payroll protection program), a federal loan requiring that all the money had to go to payroll. That allowed workers who were laid off to come back. The loan was between $400,000 and $500,000 and was forgiven.

Then came more federal money in late 2020 from the second Covid bill, which gave them cash to cover the losses from the distressed market. The state also sent money to cover more losses, and that didn’t need to be paid back either. 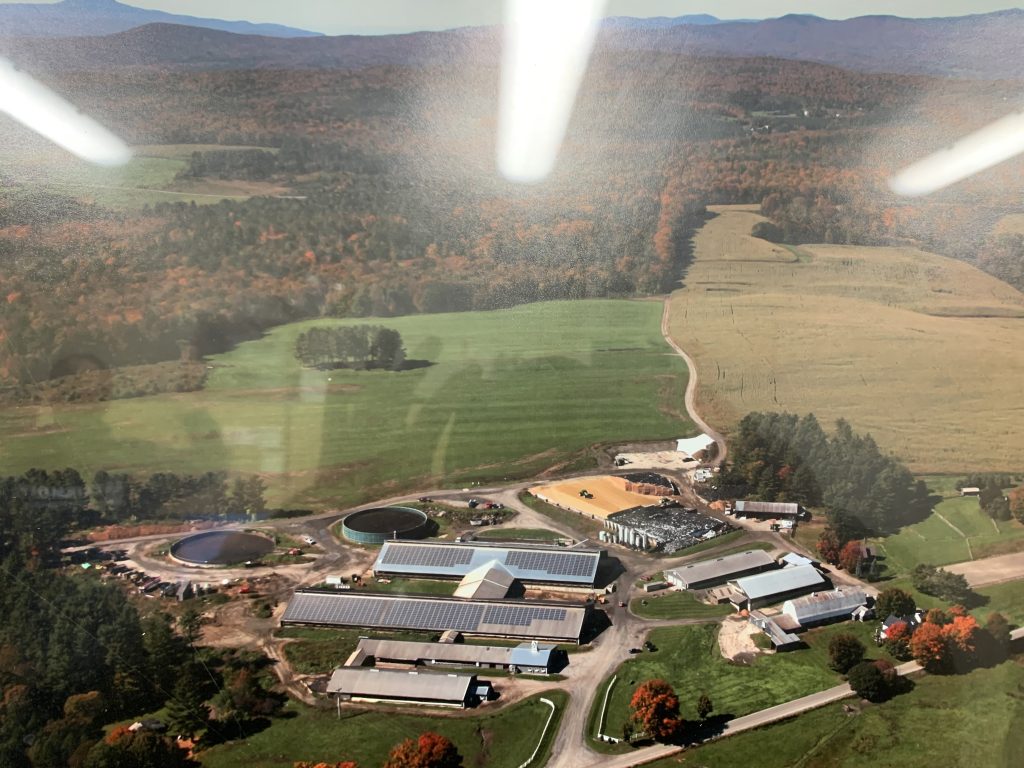 In an industry full of challenges it is hard to keep moving in the right direction. But there are still reasons why people are farming, like seeing a calf grow into a cow, or a seed turning into an eight-foot-tall plant. “Those are really the two basic things that I’ve always loved,” Richard said. Fairmont’s logo says it best: “Farming for Future Generations.”