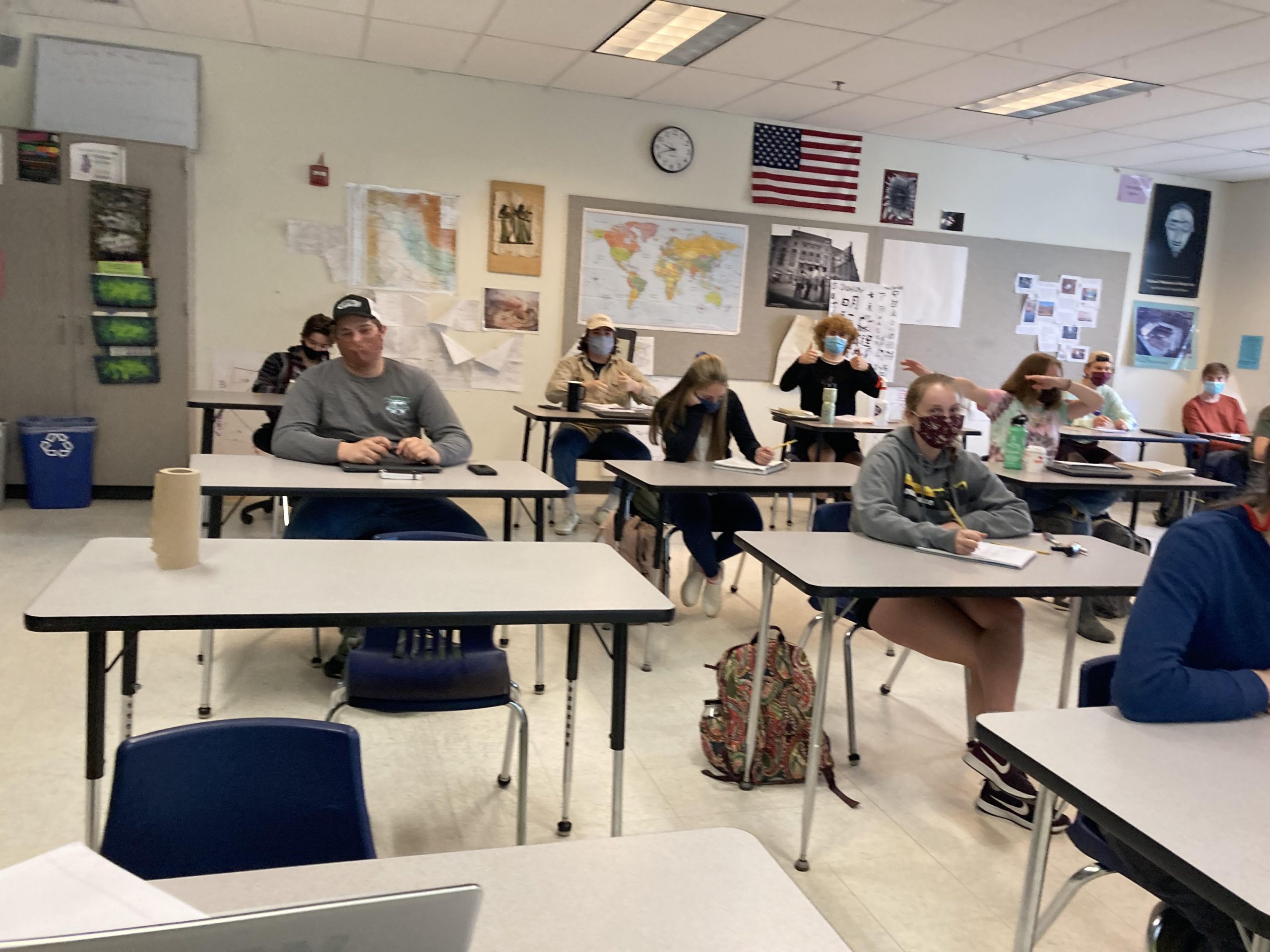 On February 3rd, at 9:30 am, AP US History students were seated in their rows of desks, facing Christiana Martin as she began a lecture on the Cold War. A picture of the Berlin Wall was projected behind her. 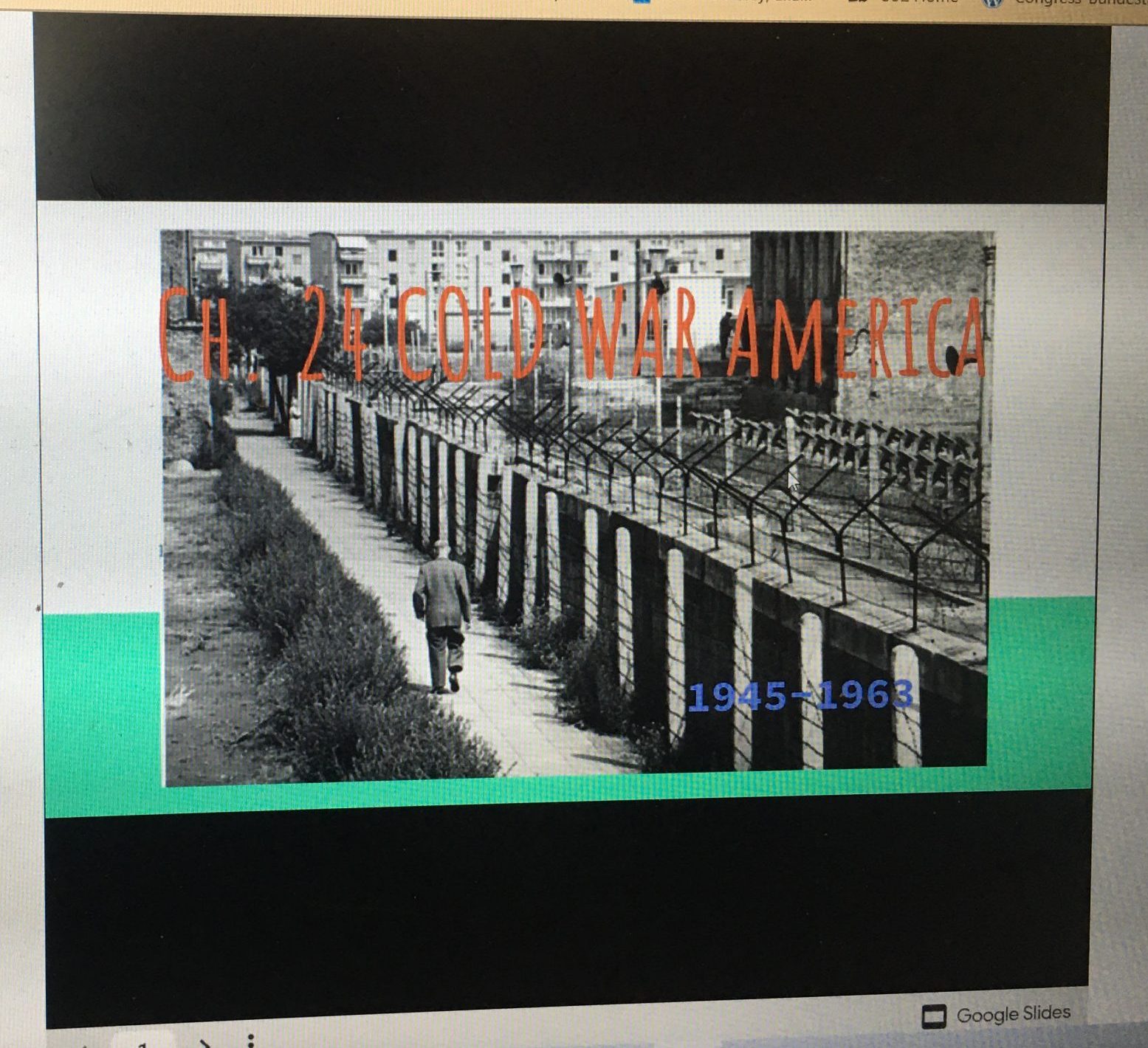 Quinn Olney raised his hand and asked: “Christiana, why don’t we have a world history course?” The class quickly digressed into a discussion.

“There are so many gaps in our curriculum,” one student said, “such as learning about China.”

“You can’t understand China even if you took a class on it,” said another. “So what’s the point?”

The back and forth continued until Christiana began the lecture. There was so much to learn about the Cold War, and only one class period allocated to the topic. Some students just wanted to hear about consumerism and culture. Others wanted to understand foreign relations.

This problem extends beyond APUSH. Students, regardless of the class, often feel like they are learning the wrong things. In social studies, this issue has a particular impact. In the past year, there has been increased awareness of how systemic biases creep into our education systems and how the narratives kids are taught stick with them.

One of the most neglected areas in the curriculum is world history. Does the current social studies curriculum shed enough light on the rest of the world?

The curriculum covers many topics, but most are focused on the US. In middle school students focus on economics, the US government, and the Holocaust. Although there is a unit of geography, it mostly focuses on the U.S.

Every ninth-grader takes Global Studies, which focuses on culture, climate change, and religion. This course covers some ancient civilizations and modern-day tribes outside the US. But it doesn’t teach about governments around the globe.

Juniors are required to take a U.S. history course. 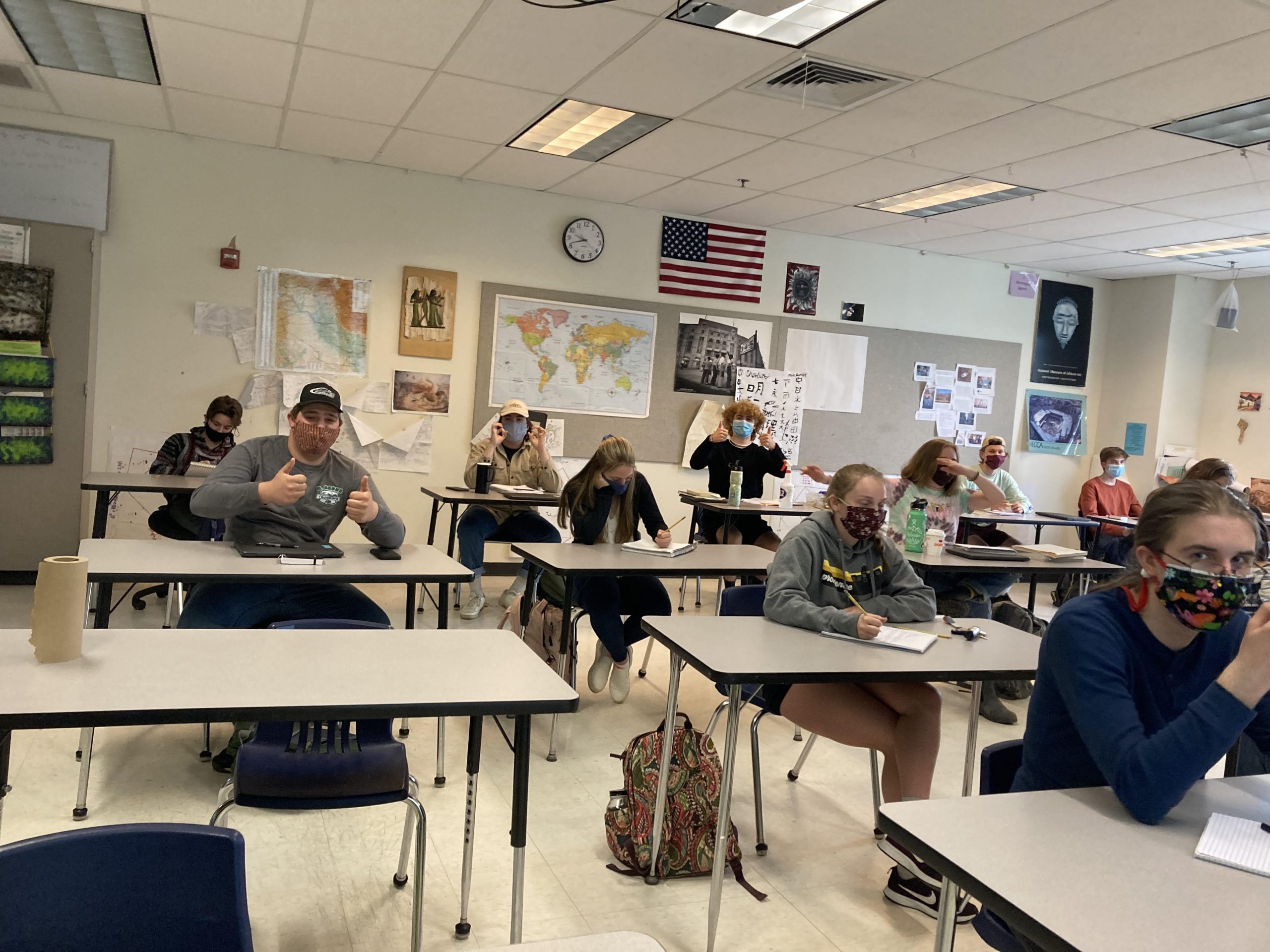 There are electives, like the Current Events Seminar and the China Case Study, that involve some world history, but they are not required for graduation.

While teachers make efforts to connect topics to current events, there are many holes in the curriculum.

Max Clark is an APUSH student.“The fact that I don’t know history beyond 300 years ago, in America, at all, is bad,” he said. Quinn Olney echoed this message. He sees the textbook readings for the Cold War, the Civil Rights Movement, and US imperialism as having an “America can do no harm” lens. “People are going to go on, just not being informed at all,” he said. “They’re just going to have a lifelong bias towards one perspective.”

The problem is not that lessons are distinctly pro-America, it’s that students only experience slivers of world history through its relationship with the US. For example, the Cold War isn’t portraying America in a sanitized way, but if you ask a student what they know about Russia it’s usually just that chapter.

Other students are concerned that the proficiency grading system puts an emphasis on building skills, rather than learning information. The trade-off is that kids are learning less content.

Kestrel Weyant described her US history class as mostly identifying primary and secondary sources. “It’s framed as something that’s relevant in the future,” she said. “But I feel like there are other more important things.”

“The teachers’ question of what content is included is wrapped up in the debate around proficiencies as well.” Christiana Martin explained that units on economics and history were taken out of Democratic Roots.

This happened when the school switched to proficiencies in order to make sure kids have the opportunity to be proficient in the civic literacy standard. She said that generally there has been a shift from teaching a unit and moving on at a set time to spending more time on one concept so that a majority of students have a strong understanding.

Both teachers and students feel conflicted about this. Max Clark wished that all social studies could be more like Mark Chaplin’s class, where if you fall behind, you pick yourself up instead of the teacher and class spending more time on the unit. “Other people shouldn’t be losing their education because some people don’t get it,” he said. 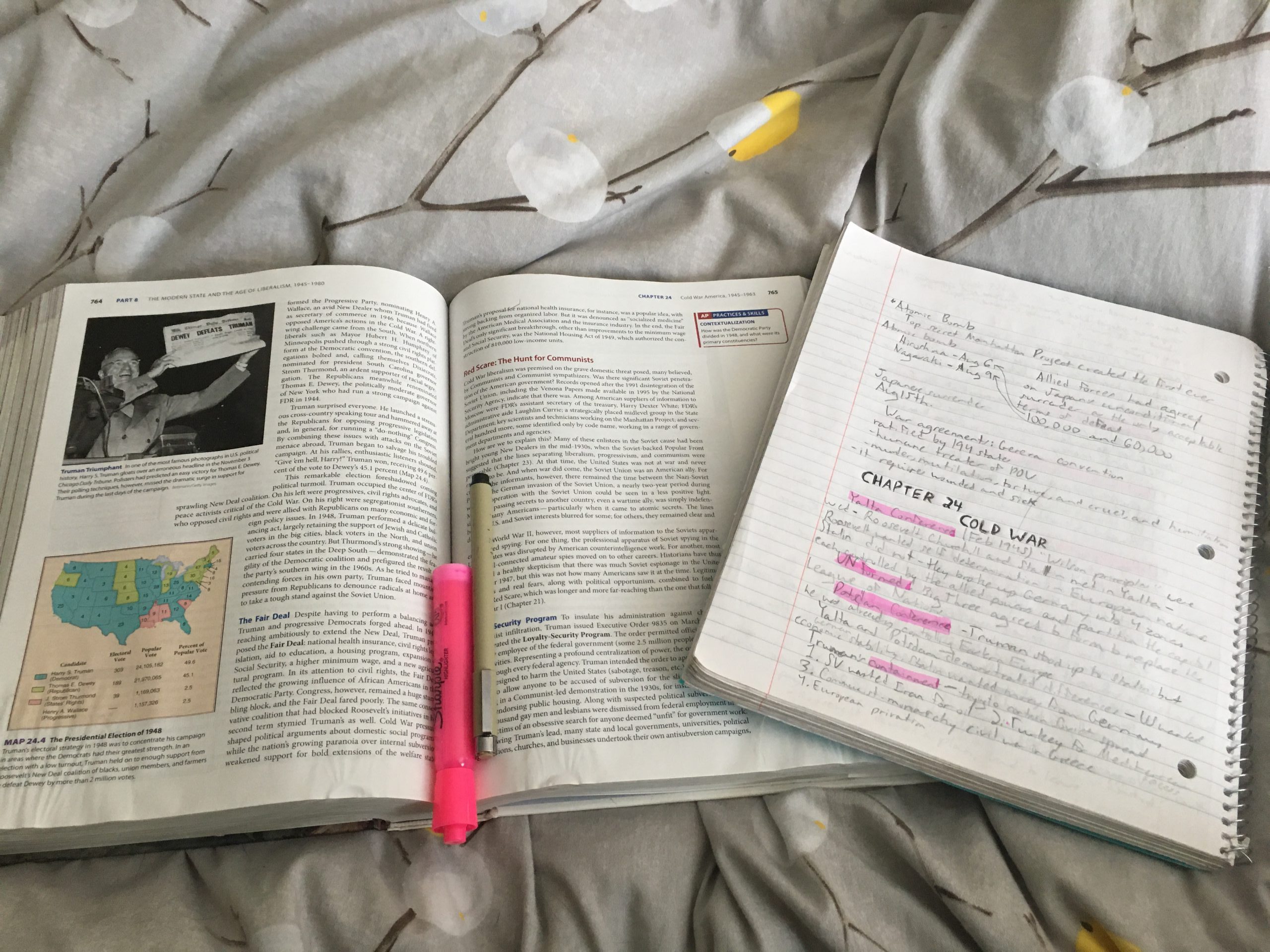 Tracking, or separating classes based on ability level, also has an impact on the content taught.

Democratic Roots used to be a tracked, or separated class. Now, Democratic Roots is a combined class. The class moves at a slower pace, but unpacking topics with different ability levels makes for a richer discussion.

Kestrel Weyant explained that because U-32 is homogenous already, it is important to include all in discussions. “It’s really beneficial for everyone to have outside perspectives,” she said.

Limited viewpoints also come from the lack of global content in the curriculum, and teachers are aware of this problem.

Zach Gonzalez is the social studies department head. “A global perspective, outside of Global Studies, is missing,” he said. “It’s really important to show kids that other people exist and do things differently.”

The teachers in the department recognized that a lot could improve – but as Christiana explained, the question of content might not be the first thing on everyone’s mind.

The last couple of years have seen rapid change with proficiencies, portfolios, and covid. “People are calling it change fatigue,” she said.

There are still solutions. There have been discussions about implementing a fourth required social studies class for senior year, with a focus on world history.

Teachers disagree on what is most necessary to include. But all of them have agreed that adding a class would help create a more “global view” for students.

Christiana has been advocating for an AP World History course for years, and since the discussion in APUSH around the curriculum, there has been rising demand from students.

Everyone agreed that there should be a careful, ongoing analysis of what is taught at U32. Students especially feel that they should be part of that discussion. “We’re old enough to know what’s important, and we know that we learn in school will affect our world view for a long time,” Eva Goodwin said. “We should have some say in what that is.”