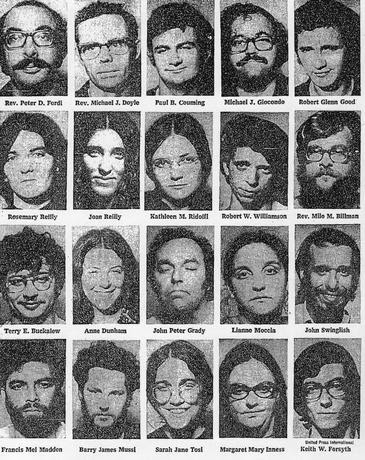 “In the middle of it we were arrested by dozens and dozens of FBI agents because there was one person in our group that we didn’t know was an informer.” When I interviewed Lianne Moccia on October 31st 2020 about her moral dilemma, she told me she participated in a protest against the war in Vietnam, when she was just 21 years old she also spent a few nights in jail because of her actions.

May 20th 1971 in Camden, New Jersey,  Lianne and 27 others broke into the federal building there and started destroying the files of every young man who was eligible to be drafted into the Vietnam War. Even though they were very religious and their religious beliefs followed the law, they went ahead and broke the law anyways. Lianna was a devout and she always followed the law.

During the spring of 1971 there were a lot of protests going on across the country of people who did not want the United States to get involved with the Vietnam War. Lianne Moccia was one of those people. The protests were mostly peaceful and nonviolent, up until this point, but they had no effect on decisions being made about the war. They wanted the protests to have some kind of impact, and in  Lianne’s case it was ripping up and destroying draft paperwork, because they felt that the draft was immoral and wanted to change the draft system. So they broke into a federal post office in Camden NJ to destroy the files of every young man above the age of 18 that was going to be drafted into the army. 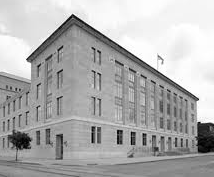 A month prior to their breaking and entering, everyone had jobs to do, like figuring out the security guard schedules, and the layout of the building, so they knew where to go.  Lianne’s job was to be the command central. She was on a walkie-talkie and talking to the people inside and outside the building. During each meeting everyone would give updates on what they had found in their investigation, the layout of the building and the guards schedule. They had all of the information they needed and the 28 brave souls thought they were ready.

The  break in was scheduled for May 20th. “We were ready and people had different jobs to do the night of this and some people went climbed up fire escape and went in and started destroying the files.” Once everyone started focusing on their jobs and destroying, a dozen FBI agents came in the front door and had the building surrounded. “When I was arrested there were like many, many, many agents with big, big guns and big FBI jackets on headlights you know and was like whoa didn’t know this was going to happen and that nobody resisted” also said “My father flew down from Boston and was pretty upset at his 21 year old daughter in jail, and he insisted that I get bailed out and I didn’t want to come out I wanted to stay in jail with my people until we could all get out,” Lianne expressed to me. Unknown to the group one of the members was actually an FBI informant who was reporting back to the FBI about the group’s plan.

This person contributed to the group’s discussion and according to Lianne, even suggested “Do you want to have a gun,” which he said “I can get you a gun.” The whole group disagreed and strongly did not want to bring a gun, even though this member pushed hard for them to consider it. Having a gun would have a bigger consequence for the group if they got caught. Lianne says that she and the group said “No,” to a gun and any kind of violence, they wanted to be a peaceful demonstration, to be impactful but not harmful. “That his help for us was also a way of trying to push us to do something that we didn’t want to do and was violent and potentially lethal”  Lianne said.

Lianne Moccia, and the other protesters

The court hearing lasted three months which was a long time for  Lianne. “We were facing a potential sentence of 47 years in jail”. However, “In the end the jury decided that we were not guilty even though we were caught sort of Red-handed they decided that what we did was we broke a law [for] a greater good … so the jury decided that our moral dilemma was one that we had we decided to take these actions to protest the war and the jury actually sided with us, so we got acquitted.”

The jury acquitted the group on utilitarian grounds. One of the reason things changed is because brave people are willing to stand up and break the law. A good example is that the only reason black people are allowed to sit in the front of the bus is because  people stood up and protested and said that’s not right. This is similar to what happened to Lianne because she had to decide if she wanted to break the law on purpose to prove her point. She was very brave of her for breaking the law on purpose when she was just 21. She had to face a moral dilemma which was whether or not she should go and stand in protest for something she felt very strongly and risked being arrested and having consequences for the rest of her life.