From Student to Board Chair: Scott Thompson 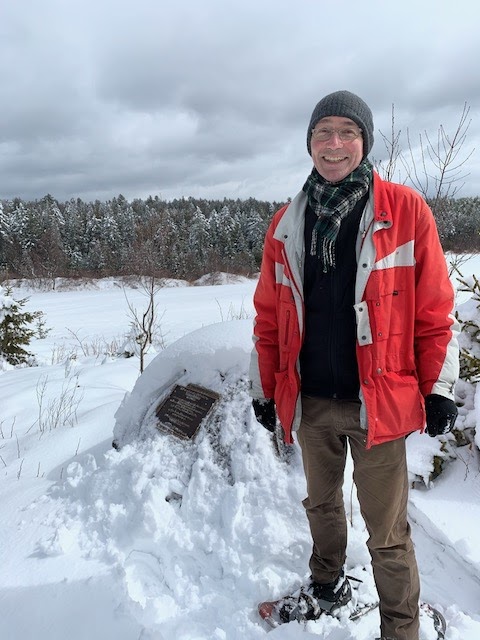 Note: This is a celebration of Scott Thompson’s time as the WCUUSD School Board Chair

The WCUUSD school board meeting on October 7, 2020, like every other meeting this year, was held via zoom. A parent of an elementary school student had spoken up about the trouble her child was having with online education. There had been a miscommunication that led to the student transferring to a different teacher. The parent’s voice rang with tones of anger, frustration and confusion as she addressed the school board.

Scott Thompson, the board’s chair, sat softly nodding, with a look of focus on his face. When the parent finished talking, it felt like a weight had been dropped. Although the comment wasn’t focused on one board member, no one on the zoom meeting knew how to react. There was a moment when a pin drop could have been heard.

Scott took control of the meeting. He thanked the parent for sharing and moved on to the next agenda item. Later, when a board member raised their hand to intervene, Scott made room for them to speak. He stated that the comments weren’t supposed to be a dialogue between the board and the public, but allowed this member to share their thoughts. He gave notice that virtual learning would be discussed later, encouraging the parents to stay for the topic.

Throughout the meeting, Scott Thompson welcomed all perspectives and maintained calm, neutral, like a buddha in his zoom box.

As the former chair of the WCUUSD School Board, Scott Thompson opened the meetings with a warm smile. If meetings went late into the night, Scott would keep the members on track.

A lot of students know only vaguely about the School Board and forget that members are people too.  “Everybody on the school board has a story,” as Scott said, a story that led each member to become a part of the board..

Scott’s attitude and desire to create a good education system came from his own experience at school. 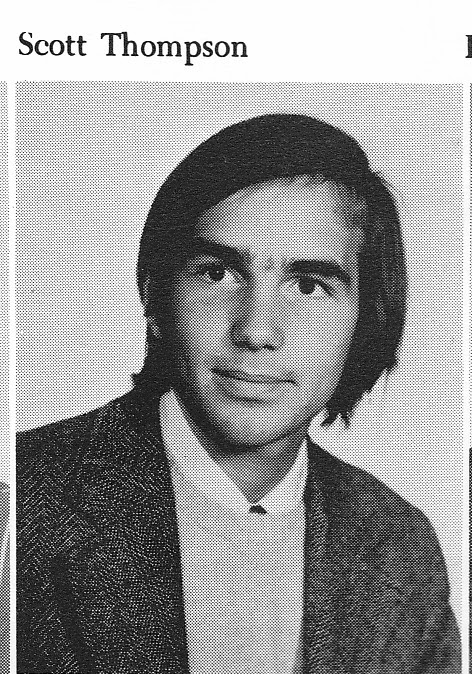 Scott is one of ten and grew up in a small town just north of Boston. He attended public school through middle school. When Scott Thompson was a freshman in high school, he was accepted into Phillips Exeter Academy, an elite private boarding school. Coming from a large family of 10 and skipping a grade, Scott was a lucky scholarship student.

The change in schools came with a change in his work. “I had been accustomed to getting, well in those days, A’s,”Scott said. “And suddenly I was getting C’s and struggling to get C pluses.”

Even though the classes were challenging, Scott still loved his school. His days were “full of electricity and barely suppressed panic on my part, as to whether I could actually get everything done.”

Scott’s time at Phillips Exeter had a big impact on what he thinks education should look like, “Education for me is anything but the kind of bureaucratic grind that it so often seems to feel like,” he said. “It should be like a mad scientist in a chemistry lab.”

Scott attended Harvard University. Some of his classes were productive and he had great teachers. But the classes were often taught by grad students that were doing research in order to get a higher degree not to be a real teacher. He also spent a year during college at  a cattle ranch in Wyoming. This was one of his favorite years.

When he graduated, rather than taking up a job at his grandfather’s department store, Scott joined the State Department as a member of the Foreign Service. This was more his speed.

After 27 years of working in the Foreign Service, Scott moved to Vermont where he raised three kids, and in 2008 found interest with the school. Raising kids was “actually part of why I’m on the school board,” Scott said. The other members of the Calais Elementary School Board observed his engagement at meetings, and encouraged him to run for an official seat. 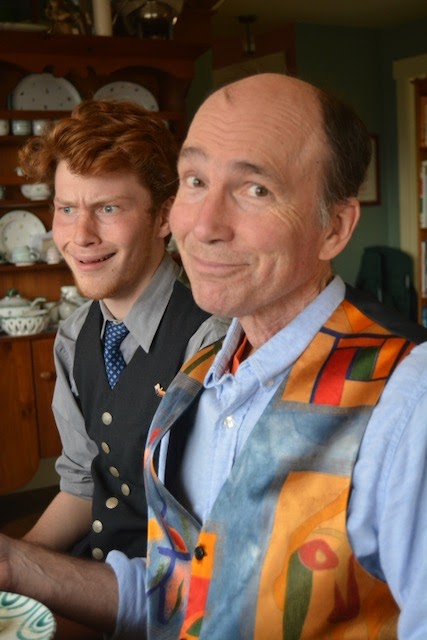 Scott and his youngest son Cameron

In the years since, Scott has seen many changes in the board. One of the most recent and controversial changes was Act 46 . Act 46 was a law that changed how school governance structures run. In Washington Central, this meant a transition from a school board for each school to one school board for the entire district.

Scott didn’t agree with Act 46. “The state’s idea was essentially to professionalize and bureaucratize,” he said, “and to bring the schools and school districts all into a uniform structure that is legible to the state.”

Ultimately, Scott was not successful in his resistance, and the school boards merged. He was elected as the chair of the new board.

The new incarnation of the school board faces many challenges. One of the main ones is representing everyone in the district equally.

“We have a closely knit team that nevertheless represents the broadest possible span of opinion,” Scott said. “But we’re not representative of a significant segment of the population.”

As a result, there is less voice from people of the working-class population. And this has only been exacerbated by the pandemic. School board members have felt that there is now less community input from members of the district.

“This bothers me especially now, because there’s no way to really be in touch with them,” Scott said. “No easy way, at least.” 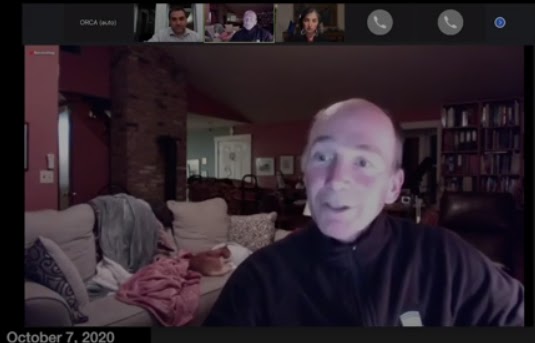 Scott Leading a School Board Meeting on Zoom

The pandemic has also changed how school board meetings function. Instead of meeting in person, the school board now holds Zoom meetings. This has made it hard for some members with bad internet to participate. “I can’t get all board members to participate, equally,” Scott said.

Despite all these new difficulties, the meetings continue to function productively.  Scott facilitates, and the board works to help students and adapt to the needs of the community.

“Even if we may disagree,” he said,“we’re bringing our absolute best to the board meetings during this period,”

As a former Chair, Scott is still a member of the board and continues to provide valuable insight for the board and the new Chair.