The U-32 Tsunami: Interview With a Witness 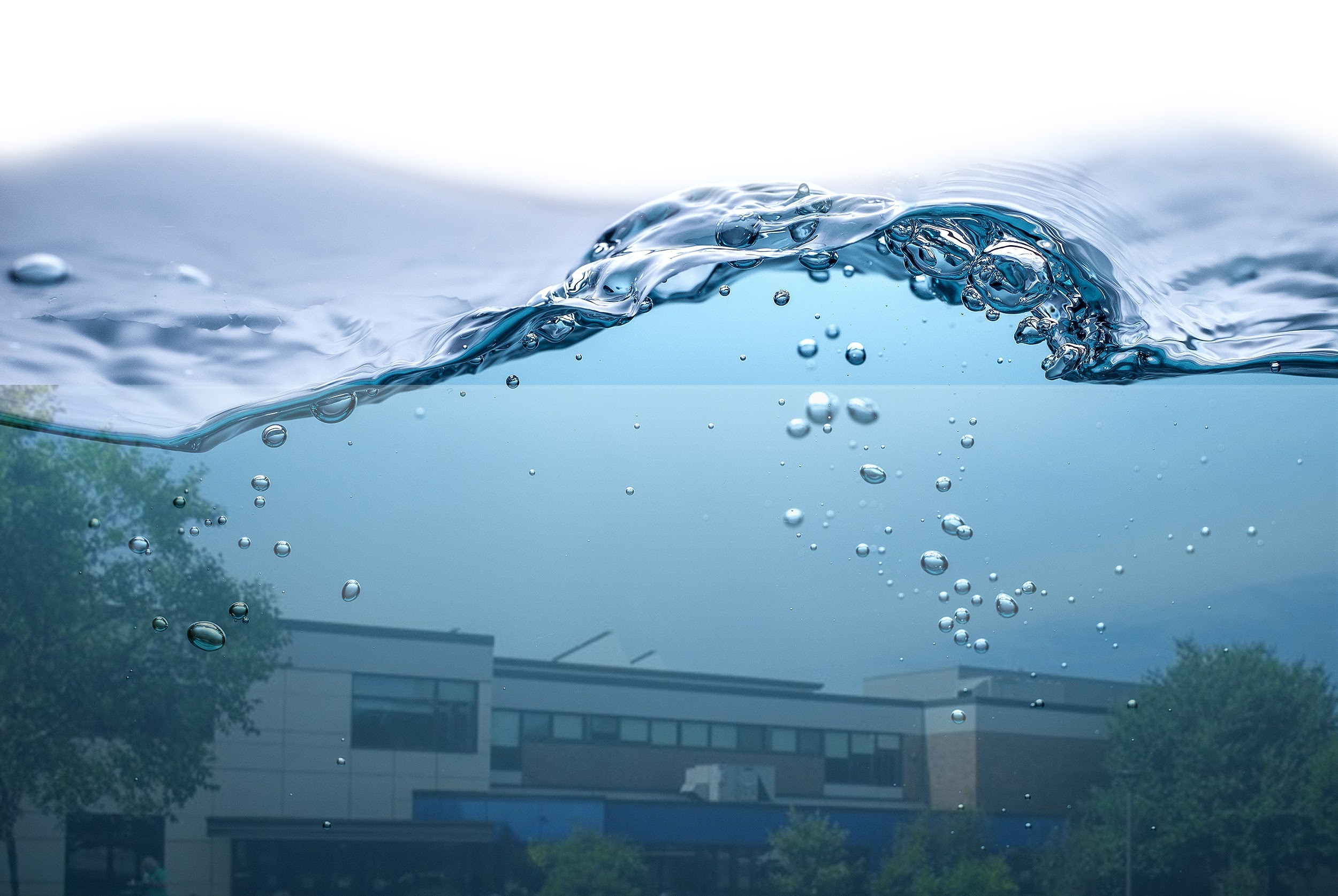 I wonder what I could have done differently that day. What would have happened if I helped? Who would have survived if I did something differently?

If this were a story, I believe everyone would think the interview was the climax, yet no one could have been more wrong. It was my anxiety and recalling what truly happened on that day. I made the story less terrifying than it really was in the interview. I didn’t want to tell them what really happened.

“It’s been a few months since U-32 lost its name as a school to construction. It all started on June 18th, a few days before school was about to end. Then the Tsunami hit. What was it like, where were you?”

“Okay. So first, why are we doing the interview at U-32?” I look around and remember everything.

“So we can learn more about what actually took place. You may continue now.”

I nod and shrug my shoulders. I fight back tears and start.

“It was June 18th, as you’ve said, I was in my math class. I still remember what my teacher asked me.”

“Okay, Sarah, do you know how to solve this equation?”

“So first you have to-” I started to answer, when,

“Run Run Run!” Came a voice running down the hall, a mob of people staggering behind them.

“My class was about the last to know because we were in the far back of the middle school on the lowest floor.”

The interviewer stops me. My first thought is ‘he knows I’m lying, but he doesn’t.

I remember how it actually started. 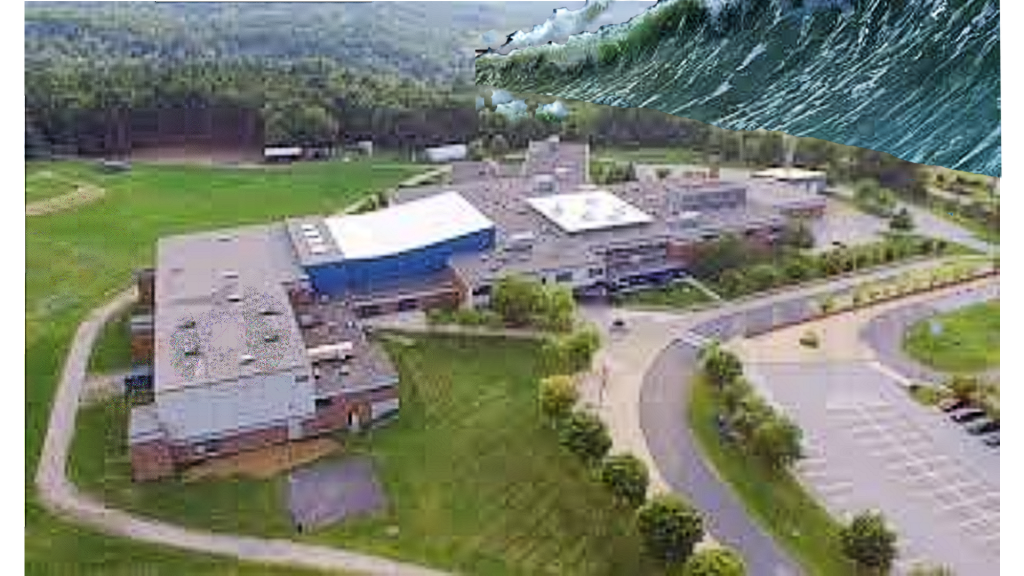 “Okay, Sarah, do you know how to solve this equation.”

“No-” I started to answer when,

“Run!” Came a voice running down the hall, a mob of people staggering behind them.

I was the last to know what was going on because of where my class was.

I watched as the current then took out that mob of people. A few of those kids drowned that day, I heard from my mom, and I watched it all. The images left me so unhinged.

“What was the experience like, what did your class do?”

“It was nerve-wracking for sure, and my class followed the rest to a back fire exit.”

“As we ran out I was about to slow down when I looked back. “They weren’t kidding?!” I shouted. I remember speeding through the crowd, this isn’t a joke! I don’t want to die!”

I can’t believe when they asked me how it made me feel, I just shrugged and said, “It was nerve-wracking for sure…” And continued on with my fake story. My drapetomania kicked in.

The most human I ever saw my teacher was when he took one of the plastic blue chairs and broke the window, allowing us to safely escape.

As we ran out I was about to slow down when I looked back. “I see the wave!” I shouted. I remember speeding through the crowd.

The aftermath was the worst part. It’s not like the water just stopped when it reached the end of the building. It made everything in its path come crash down with it. I remember I was running in the direction of my house for what felt like miles. I finally stopped and knew I was safe.

To be truthful in all of this, I don’t know how many died because I didn’t stay back long enough to find out. 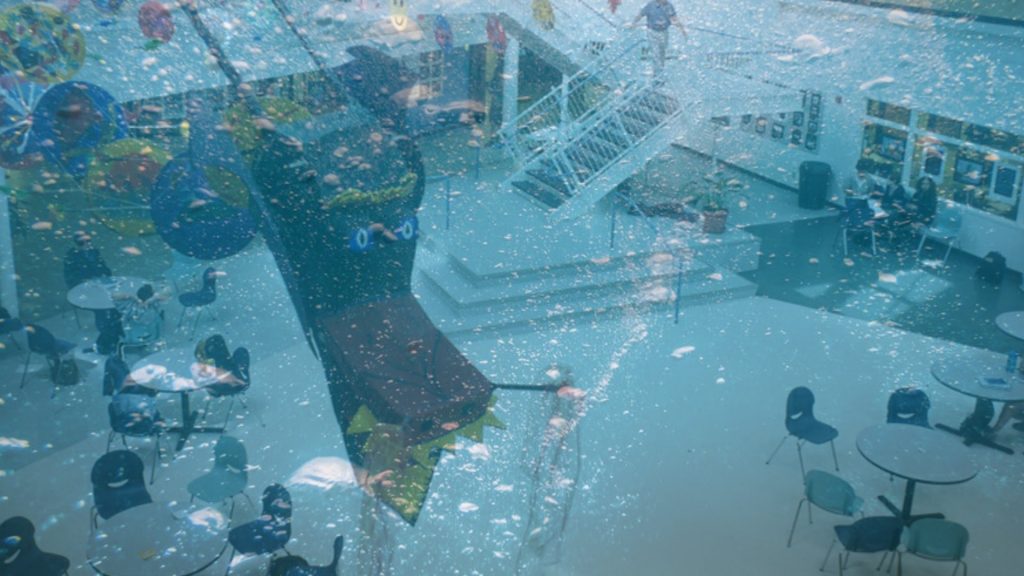 “Okay, so how do you think this happened? U-32 isn’t anywhere NEAR an ocean?!”

“How in the world did it happen you ask? Well, the odds are beyond me. I have no clue whatsoever. I was just a follower. And for good reason, it seems.”

I try to let in a little joke to lighten the mood- it doesn’t work. I just can’t seem to lift my spirits.

“How is U-32 coping with this tremendous defeat?”

“Well, this isn’t just like a loss of a sports game, we lost almost everything. It will take drastic measures for this school to be rebuilt and to have kids and teachers come back in the next year. I mean, it was DESTROYED.”

I don’t get into details, and I don’t tell him about ‘the others.’

“Now one last question, how are YOU coping with this?”

“Well, thanks for asking, I’m just really concerned for how much it will cost to rebuild everything we’ve just lost…”

That’s a lie. I was petrified- I’m still petrified. But the interview ends and I’m allowed to go home.

Thank god that’s over with. I can’t believe I was able to keep it together during that interview. I get out of the very uncomfortable black cushioned chair and thank the interviewers one last time. I look around at the mass destruction.

I get flashbacks to when it happened. The screams and terror horrify me. The loud splashes of water against walls. I could feel the water inching closer around each bend and each corner. Right from the beginning the first time I heard someone yell ‘tsunami!’ I somehow knew the whole story was true. I just didn’t want to believe it. 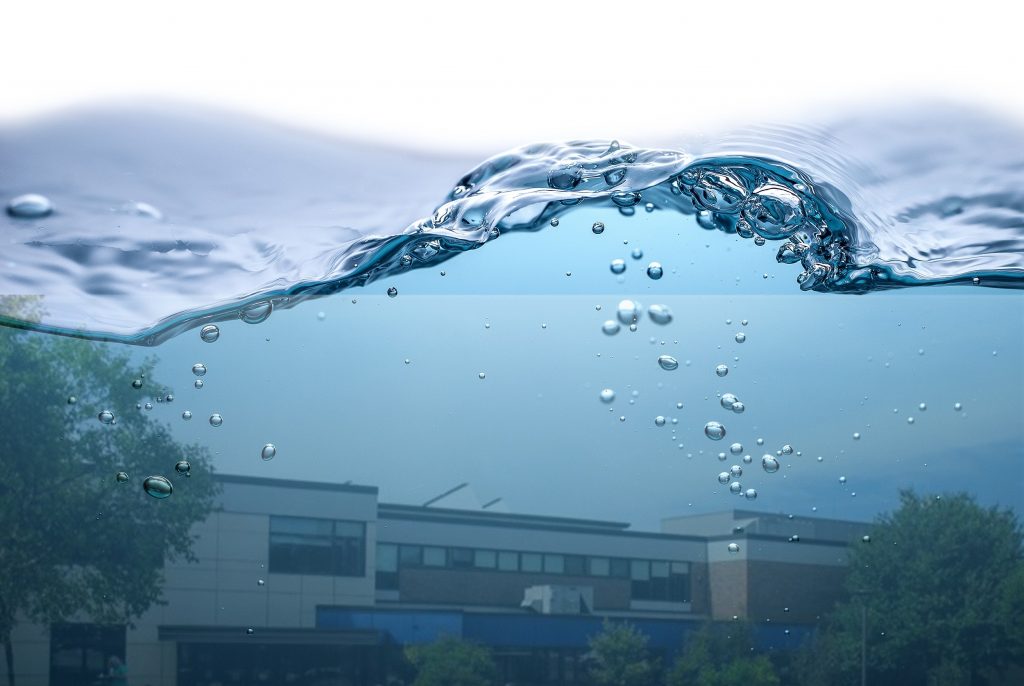 Because I watched so many others die that day. I couldn’t tell a soul those words because I hate showing my weaknesses.  I couldn’t have actually told those people. “I didn’t run to survive. I didn’t help anyone either. I just ran. Not for the sake of anything other than the fact. That. I. Was. Scared.

I’m one step from entering the bus lanes now but I crouch down and put my hands over my ears and sob. I can’t think of anything else to do. I’ve held in all of these emotions for so long now, wishing they would just go away. I could have helped others. But I didn’t. Then I let out the most utterly atrocious little cry, it sounds like a dog whining.

I try to be strong because I am everyone’s rock. I do this so others can rely on me. So I can ignore the fact that I feel sad sometimes too. But the truth is. I’m no hero, I just distract myself from my own feelings, by listening to others.

I take one last look at the ‘building’ that ‘stands’ in front of me.