Up For Debate: U-32’s student perspective on politics 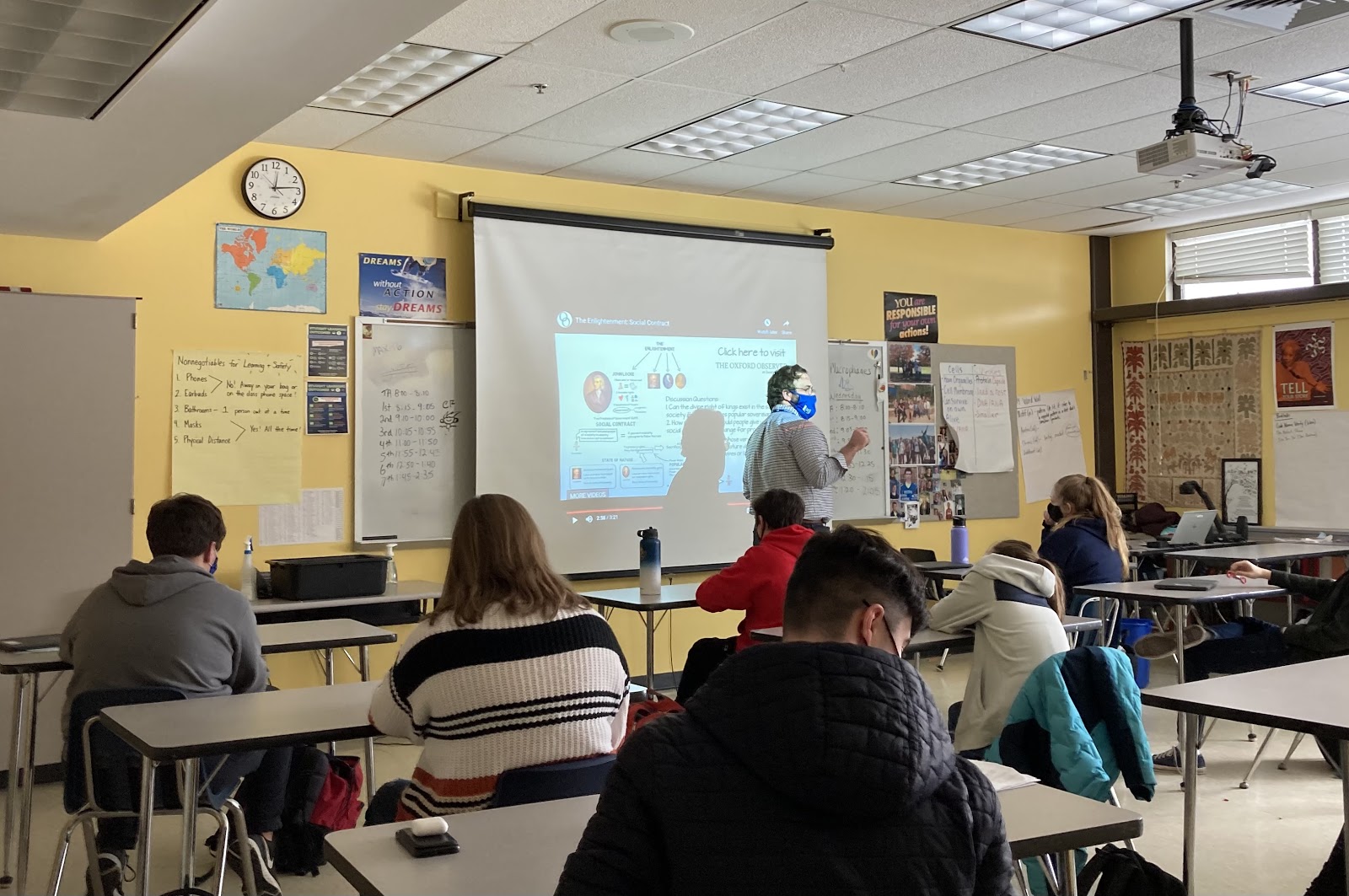 The day after a mob of people stormed the US capitol on January 6th, U-32’s juniors and seniors went to in-person school. Meanwhile the ninth and tenth graders stayed home for a remote week. On this day and throughout the week, some teachers and students struggled to maintain their usual lessons. Others went on with their normal schedules.

In times that are infused with political tension, it can be hard to debate controversial topics that cause uncertainty everyday. At U-32 some students don’t encounter politics much. But there are some classes where students address these current events every day.

Anna Farber and Park Meehan who are juniors at U-32 said there was very little conversation in their classes surrounding the events at the capitol on January 6. “In English class our teacher asked, ‘Do we want to talk about this or do we want to watch a movie?’” Farber said. “We didn’t end up talking about it, because so many people had already talked about it at home.”

“No one really wanted to talk about it,” she said.

But a tenth grader, Ella Douse is in Democratic Roots and said that their classes devoted a large amount of time discussing the storming of the Capitol. “We watched a video about the storming of the capitol,” she said. “It was pretty factual and then we had an open discussion on it, like if we had any questions about what actually happened.”

Kevin Richards is a Democratic Roots teacher at U-32. He described his class’s reaction to what happened at Capital. “The atmosphere while having these discussions I would describe as uncertain,” he said. “Many people in my classes were angry, disgusted, sad, and confused.”

Richards believes it is  important to talk to students about politics. “It’s part of our duty with active citizenship understanding the way the government operates and works,” he said. “Part of that is the political system.”

In order to have these conversations, Richards makes sure that his students know about the situation first. He encourages students to find documents, primary and secondary sources.

“From a teaching perspective, when we’re talking about current events, often the news is unfolding at the same time that I’m giving it,” he said.“So there’s this uncertainty where we don’t always know what the answer is.”

Richards handles this ambiguity by talking with his class while sitting in a circle and asking questions such as “What are your thoughts and emotions you might have with this? 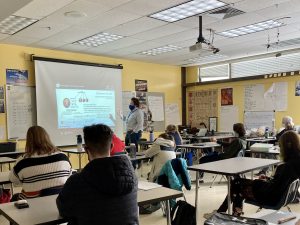 Alan Hefferon, who is another Democratic Roots teacher, has a similar tactic of leading his students into these conversations. His class starts off by learning the definition of terms to understand the subject and then discussing it after. “The trick is to start by explaining and then saying, ‘Ok now we’re going to debate,’” Hefferon said.

He explained that certain subjects are more inflammatory than others. “Honestly the Covid regulations, people have opinions on, and especially with Trump,” he said “People come out swinging. You can’t bring him up without people being really passionate.”

Hefferon feels that this passion is a good thing. “Politics are something that affects everyone’s lives,” he said “And in some ways if you’re not passionate about it, you’re missing the point.”

Students’ perspectives about these debates can often differentiate from teachers.

Ella Douse shared that she enjoys discussing politics in her classroom to a certain extent. “…But I don’t know if I like getting into it that much,” she said “It’s such a divided subject, that it is hard to talk about in a class where there’s very opinionated people.”

Douse also feels that the conversations can be one-sided. “The teachers are always very welcoming to other opinions,” she said, “but we live in a very liberal state so if anyone has any other opinions besides that, it’s kinda shut down by the majority.”

Park Meehan expressed a similar opinion. “I always have felt like it’s been one sided,” he said “I don’t think the teachers even realize it but I feel that they often pick a side.”

However he feels that these conversations are very important to have to know what is going on currently.

Anna Farber said she hasn’t had many discussions in class this year. “I honestly do like discussing politics in the classroom,” she said. “I really enjoyed dem roots last year, which really brought that discussion of politics and moral dilemmas…it’s nice to hear pushback from your opinions because everyone having the same views is boring.”

Meehan, Douse, and Farber all have clear ideas of what they think a good political discussion would look like: “A debate run by the students,” Meehan said. “Where the teacher’s only role is to keep kids on track and make sure nothing gets out of hand, but not try to intervene or get involved.” 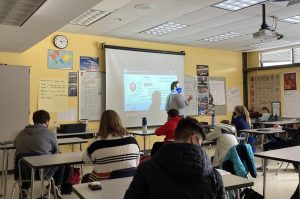 Farber has a similar opinion.  “Definitely having the teacher oversee it all but having it be student-led,” she said. “Also more points of view would be nice, but that’s pretty limited here.”

“Everyone is entitled to their own opinion,”Douse said, “so for me what I would really want in a discussion is for everyone to be respected, no matter what.”