“All In It Together”: Cross Country’s Culture of Excellence 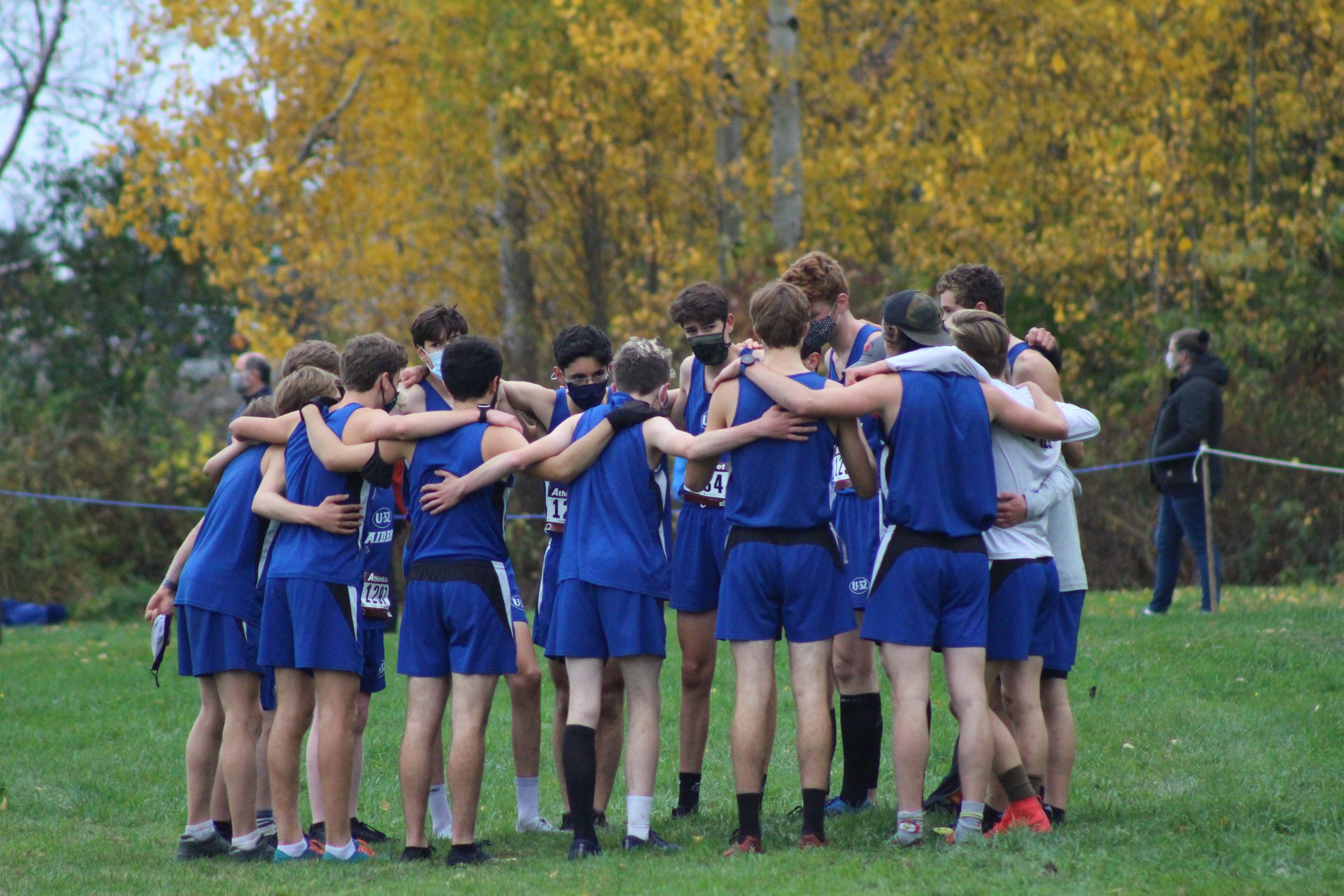 Two-thirds of the way through the 2020 Cross Country State Championships at Thetford Academy, Leo Cioffi, a senior on the U-32 cross country team, was running alongside his teammate Jed Kurts when he looked back and saw no one behind them.

Leo nudged Jed on the arm. They were both out of breath and could barely talk, but Jed knew what he meant: “Let’s send it.”

“I looked back and there was just everyone from our team coming in,” Jacob said. “That was pretty special.” 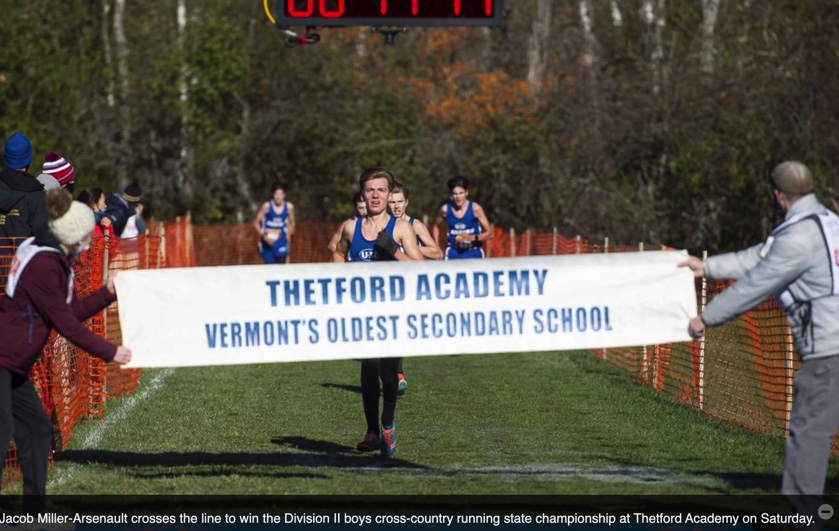 U-32 boys claimed the top 7 spots, earning the title of State Champions for the 5th consecutive year, a first in program history. The team’s success comes from its exceptional culture of hard work, dedication, and friendship among teammates.

The team’s coach, Andrew Tripp, explained that cross country running is like a class you take year-round.

“If you don’t do the work for all those other months,” Andrew said, “there’s just no way you’re gonna do well on the test when it comes around in the fall.” 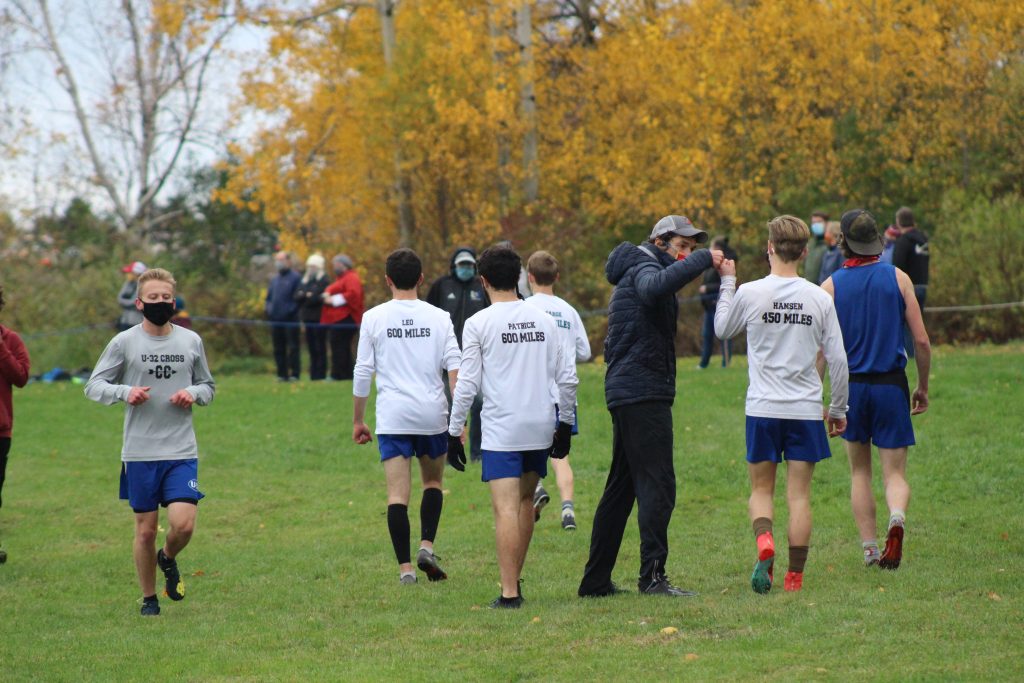 Training for at least an hour a day is all it takes to be good. The hard part, which this team is good at, is getting out and doing it.

“This past Monday it was 37 degrees, it was kind of pouring rain, it sucked. No one wanted to go and run in that,” Andrew said. “But on our team, just enough guys probably went running, and then we’ll do it next Monday and the Monday after”.

This year’s success came from years of training. Most of the runners were returning champions from previous seasons, now with more training than before.

“We’re the number one team ranked in all divisions. That wasn’t new this year.” Andrew said. “It was a jump better, but there was a standard that was already really high.”

Andrew said how in past years there was an obvious strongest runner such as Andrew Crompton or Waylon Kurts who, coming back from the previous season, everyone knew was the best. This year there was none of that.

“A bunch of guys stepped up and ran really really well,” Andrew said. 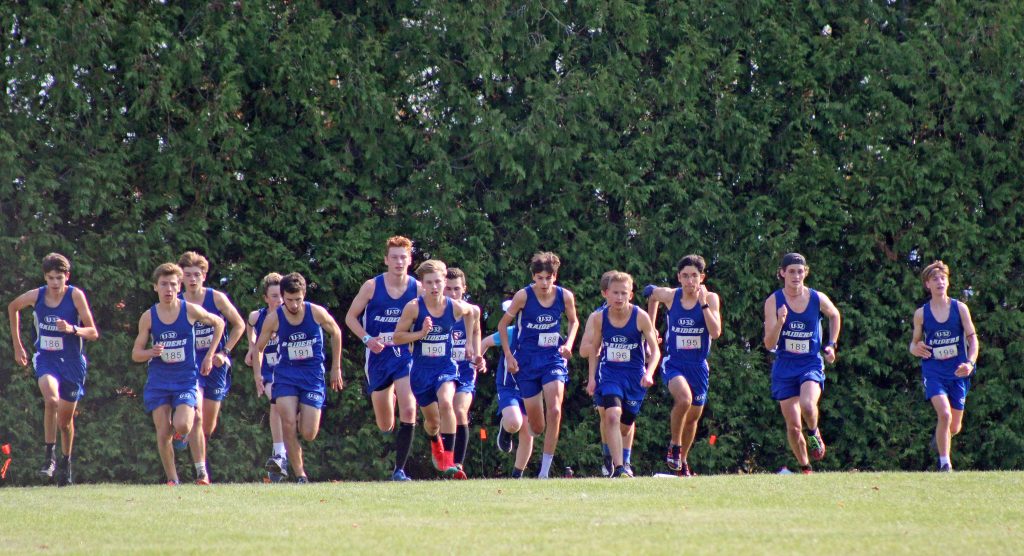 Hard work is a part of a culture that’s passed down through different generations of the team. When freshmen join they see upperclassmen competing with each other. This creates an environment that drives everyone to work harder.

“Many workouts were extremely competitive,” Carson Beard, a junior on the team, said. “We would be racing against each other.”

Leo said that everyone on the team is really good friends. Practice is a time of day that everyone looks forward to because they get to hang out with each other: “We’re all friends and we all want to be there.” 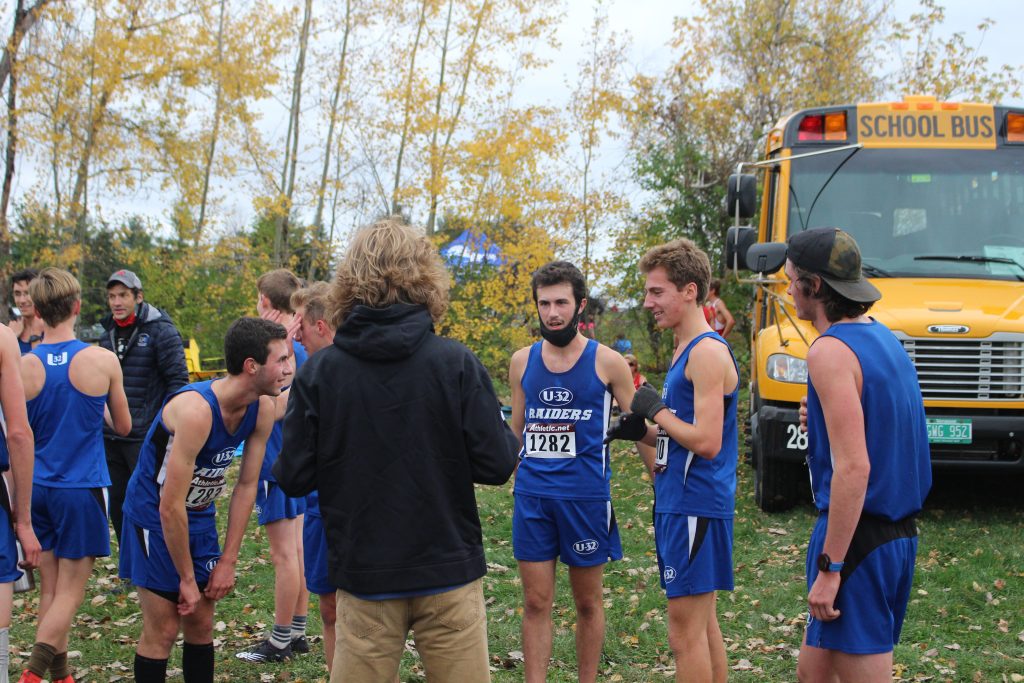 When U-32 runners were finishing during a JV race, the entire team was there cheering them on.

“It felt like we had a togetherness,” Leo said. “That’s what, you know, made us so successful, was that we were a cohesive pack, we were all in it together.”