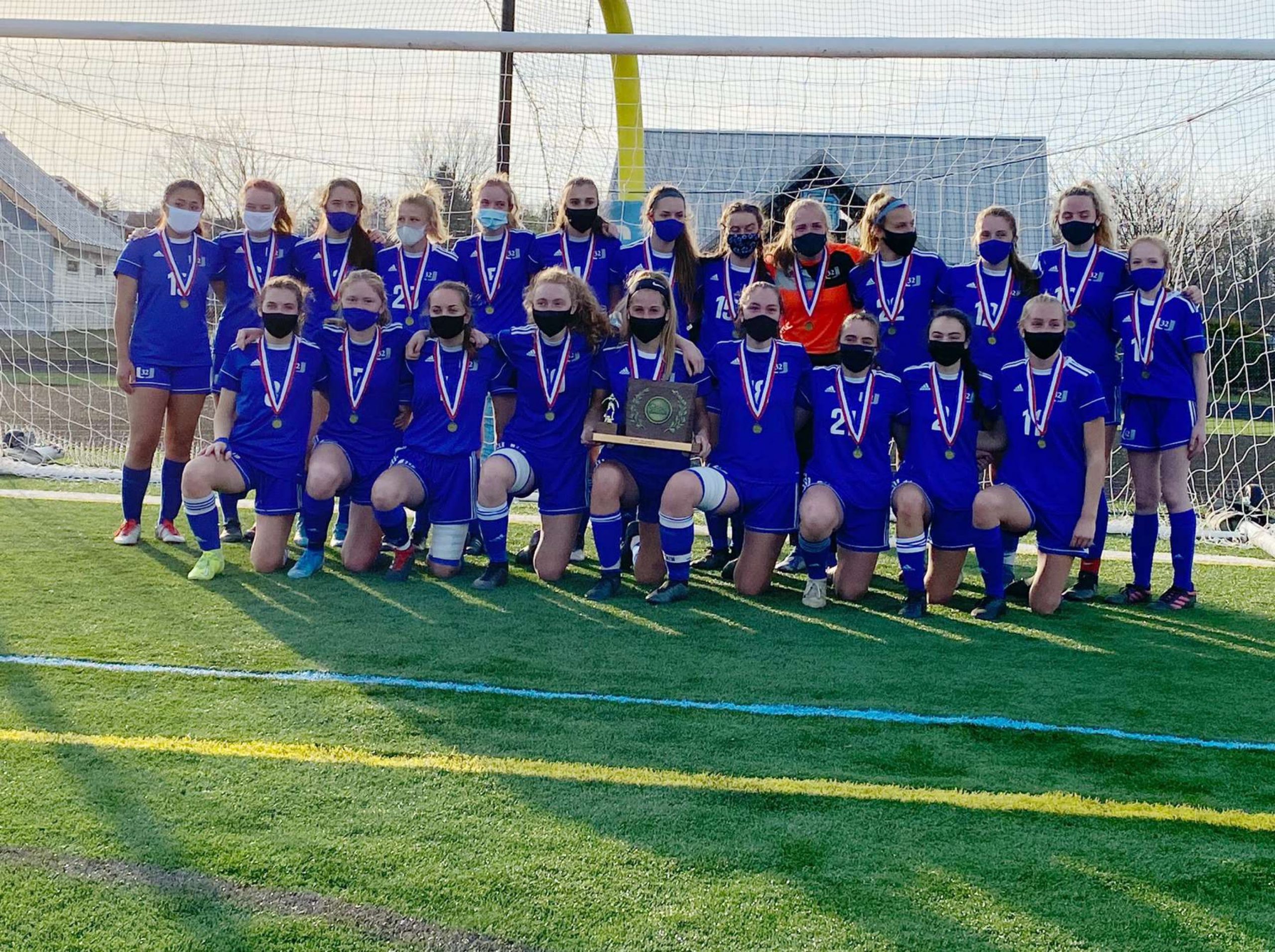 The 2019 U-32 girls soccer season ended with a miscommunication between a referee and U-32 striker, Caroline Kirby with just minutes remaining in the D2 quarterfinal game against Rice.

U-32 was supposed to have a corner kick. But it never came to be.

“The ref told me ‘white ball,’” Caroline said. “Rice was wearing white, so I thought he meant to give it to white, so I just kicked it to the other team.”

This was the turning point in the game.

After Caroline gave up her corner, the Rice Knights scored again and would go on to beat U-32 and eventually win the 2019 state championship. 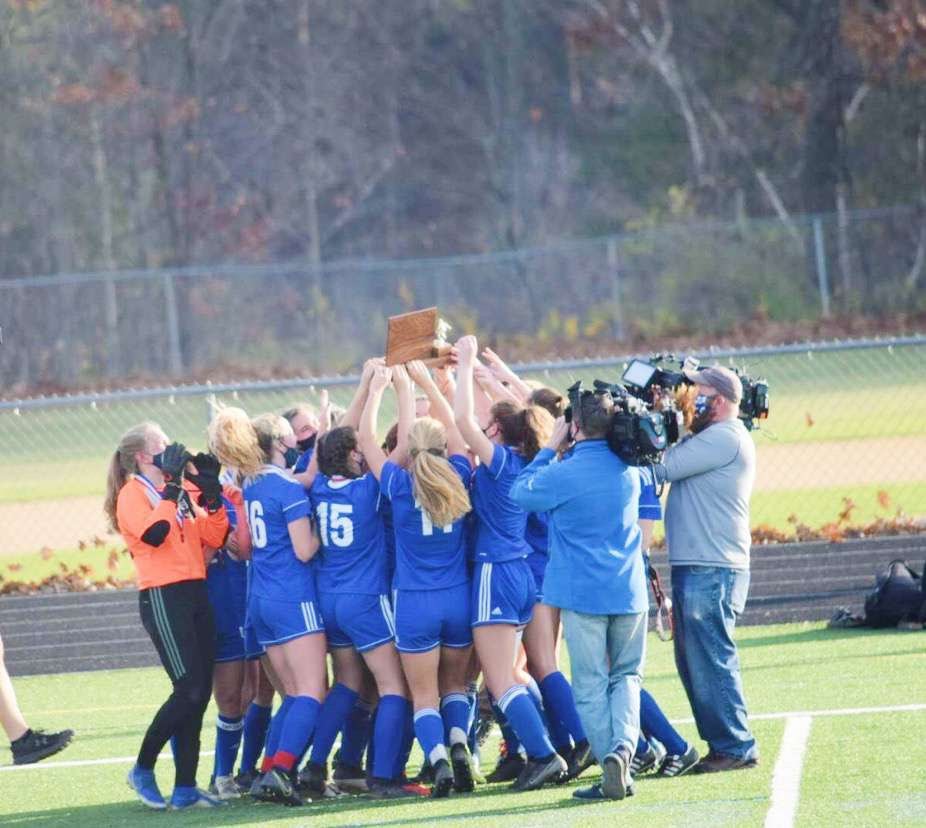 The 2020 season brought another chance for the Raiders to show their greatness. They returned with nearly their entire starting lineup, including a powerhouse group of eight seniors.

Five of the eight seniors went to East Montpelier Elementary school and have been playing together since they were five years old.

“Jamborees were always fun for us at EMES,” Claire said. “We would always get food and hang out in between games, so it felt like a true friendship, not just a relationship through soccer.” 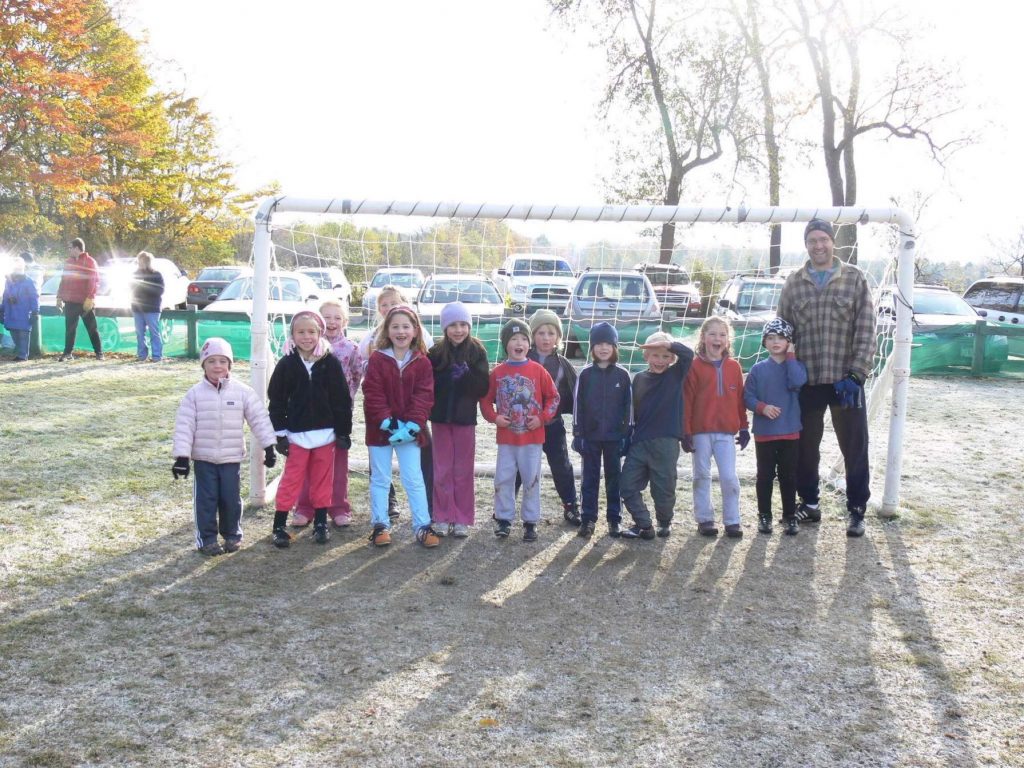 Both Claire and Caroline felt good about this year’s group.

“I knew we had a good team coming into this year,” Caroline said. “A lot of us have been playing together for a long time.”

Senior and Captain Claire Obeldobell was one of the five.

“Playing with people you know and care about so much makes the game and winning that much more special,” Claire said. “We had those relationships from the start. I don’t think we would have been as successful without them.”

These relationships are strong off the field as well. At any point, you can walk down the halls of U-32 and see a large group of the team laughing and discussing their lives.

This season every player contributed. Whether it was Payton Gariboldi making big stops in the playoffs or Evie Moore making diving saves to keep their season alive.

But one duo proved to be so dangerous again and again: Sasha Kennedy and Caroline Kirby.

Sasha and Caroline have been great friends for years. The two forwards have found each other for goals too many times to count.

“Sasha and I have always played well together,” Caroline said. “She’s a tough player and someone who’s always gonna give it her all”

In almost every game Caroline or Sasha would steal the ball in the midfield and make a break down the field. Both players were so dangerous it was almost impossible for goalies to predict their next move.

Caroline wasn’t the only one who has recognized the duo’s greatness.

“They just always know where the other person is going to be,” Claire said. “They often don’t even need to talk, they just know.”

This year it was no different. Despite the shortened season, the duo leads their squad to an 8-1 record in the regular season, earning them the number three seed heading into playoffs. They would eventually find each other once again on the biggest stage for high school soccer.

The team’s one bump in the road this year came in the very last game of the season when they lost to Montpelier 2-1.

Montpelier scored the winning goal in the final seconds of the match after a chaotic corner kick that resulted in the Solons finding the back of the net.

The loss to the Solons gave the Raiders motivation heading into the playoffs.

“After that loss to Montpelier,” Caroline said. “We just started beating teams”.

The Raiders would march through the playoffs, knocking off Mt. Abe, Milton (whom a U-32 girls team had never beaten in previous seasons), and the number two seed Harwood, earning themselves a spot in the championship and a rematch of last year’s quarterfinal.

On a warm and sunny Saturday morning, the game was underway. The Raiders were looking for their first title in program history and the Rice Knights were trying to make it a back-to-back story. Right from the start, it was a battle.

The Raider’s defense had their hands full and came up big multiple times. Payton Gariboldi, Jordan Pryce, Kali Parton, and Eliza Garland each contributed to keeping the Knights off the board. Goalie, Evie Moore also had a big first half. Moore would make multiple diving stops that undoubtedly would have resulted in goals. 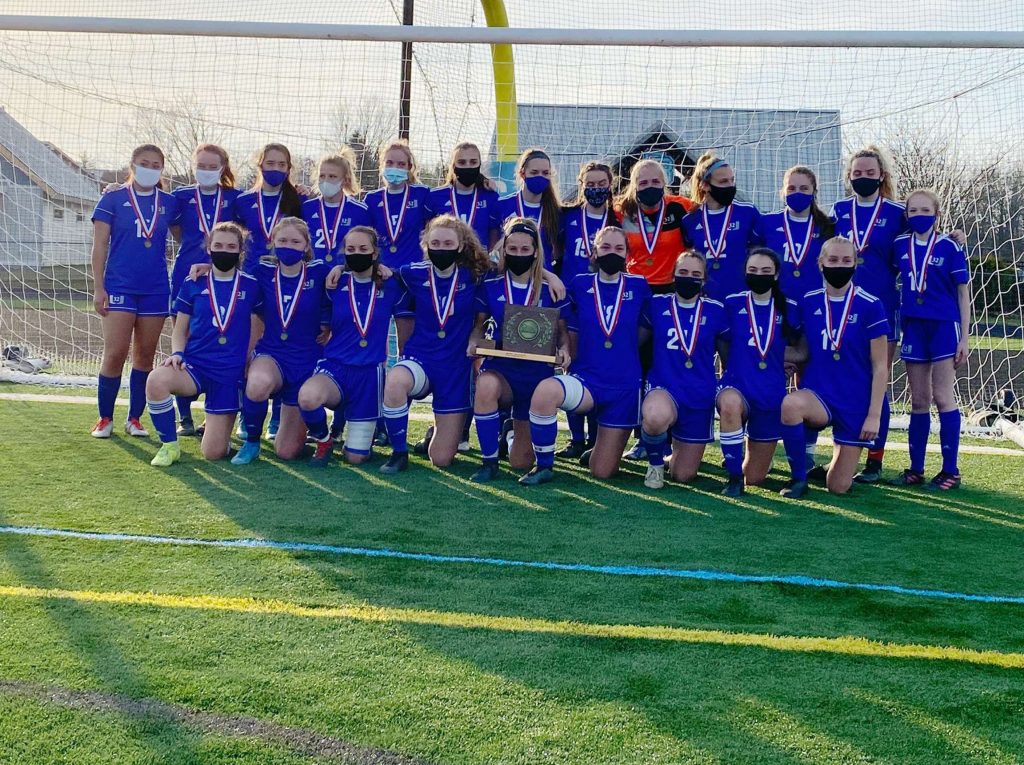 Sooner or later one team would have to break.

Midway through the first half Sasha Kennedy played a long ball up the field for Kirby. Kirby took a touch around the last defender and took off towards the goal. Then Caroline did what she had done so well all season long. She scored. Caroline placed the ball perfectly to the far corner just past the outstretched hands of the Rice goalie.

The rest of the first half was intense but no goals were given up. Early in the second half, the Raiders had another chance. Kirby danced through defenders and played a ball skipping off the turf and towards Kennedy.

Kennedy wound up and took a shot. The ball bounced hard off a Rice defender and trickled into the goal. The defender made one last attempt diving into the net to try and stop it but it was too late.

Late in the game, the Knights found the back of the net. It was time for the Raiders to be tested.

“Our reaction to that goal determines the game,” Claire said. “If we had gotten down or let up our intensity we would have lost.”

But the Raiders were not going to let that happen. 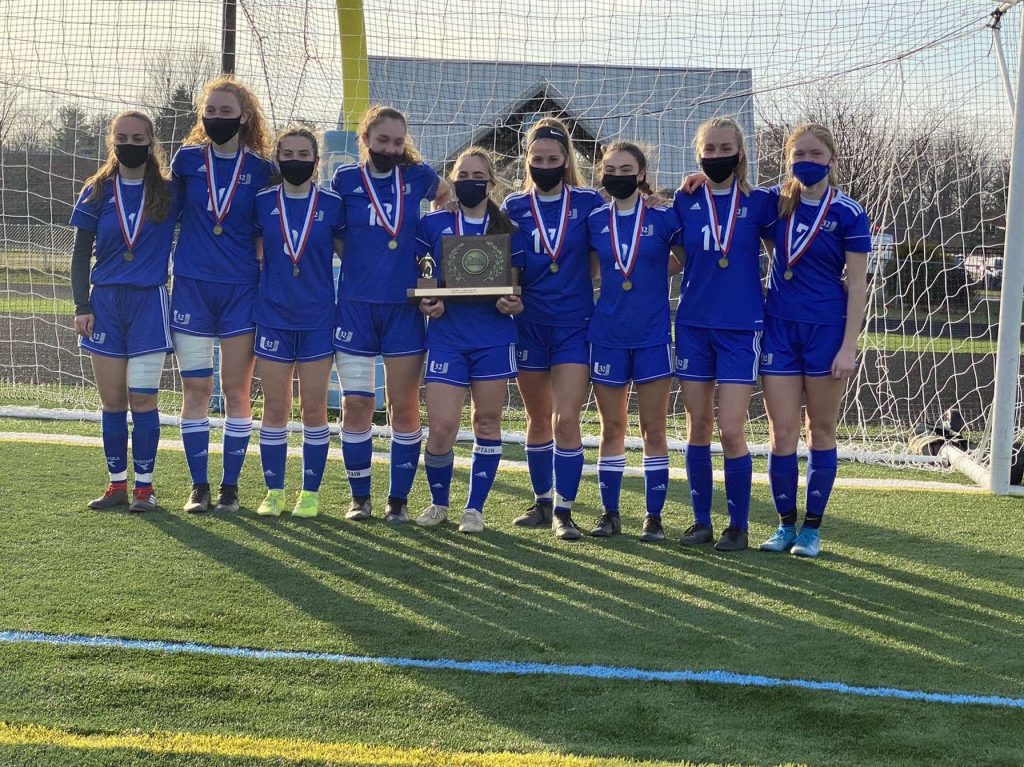 In the after-hours of the game, there was no big team party, but every player went home with a feeling like no other.

“My brother’s team had a big party after they won,” Claire said. “But that didn’t happen this year because of Covid.”

Regardless Claire said the moment was something she will never forget.

“It was hard to sleep that night,” she said. “Because I was still so excited that we had won.”