Maze to Graduation: 3 Repeated Messages from the Class of 2020

Part 1 regarding the Class of 2020 can be found here. The Maze to Graduation and Year of the Proficiency series have tracked U-32’s progress with proficiency-based grading over the past couple of years. Below are previous articles delving into more specific issues.

Carter Pelzel, a U-32 senior, says that although he’s on track to graduate, he knows many who weren’t on track until late this year. He believes almost all of the seniors will be walking the stage this Saturday, regardless of whether they did the same extent of work as their peers.

“A lot of people are going to get free passes this year,” he said. “If they weren’t getting these free passes then there would be an increase of kids not graduating from this school.”

Sage Hannon reiterates this belief: “I think that they will float some kids through,” she said, “because they don’t want a ton of kids not graduating, because that looks really bad for the school.”

Perhaps the class of 2020 is getting a “free pass” due to the mistakes that have occurred since U-32’s implementation to proficiency-based grading. U-32 teachers and faculty have worked hard to address concerns and continue moving forward, but how can we better prepare for future classes, and ensure a smoother path to graduation?

The Chronicle interviewed a handful of seniors, all of whom have taken different routes to obtain their diploma, to hear what the biggest struggles and most important takeaways are from the class of 2020. Here are 3 of the most repeated messages.

In the four years since implementation to proficiency, there has been no clear guidance regarding what defines a 4 (exceeding expectations). Senior Jackson Flynn said that understanding what it takes to get a 4 hasn’t become any easier: “For the first couple years getting a 4 was basically impossible and now it’s still near impossible.”

Sage Hannon explains how “every teacher offers different things, and some teachers don’t even offer 4’s. Some teachers offer it if you work hard but some make you do this extra out of class assignment to get a 4.”

“I think it is thoroughly challenging to get 4’s and I think it depends on the class,” Madison Roberge said. “There have been more times in the math and science departments where it means learning a new concept that wasn’t taught in class.”

For many, this brings about feelings of frustration. Gary Arleth said that students are expected to “know stuff that you aren’t taught in order to get a four, and that’s just not fair.”

As a result, some students, like Carter Pelzel, simply settle for 3’s. “It’s pretty challenging, the only time I’ve received fours is when it was offered in class,” Pelzel said. “In math last year we had to meet outside of school to learn extra math that wasn’t gone over in class. I never had the time to do that.”

Ginger Knight said that although there are some classes where achieving a 4 is possible, “there are also classes where you have to do a lot of extra work. So I think that it’s difficult when each teacher is doing it in a different way.”

Most students only see them mentioned in accordance with homework grades and therefore don’t realize their significance. “I know I get graded for doing homework, but other than that I have no idea,” Sage Hannon said. “The only transferable skills that I see on Infinite Campus is when I hand in my homework on time.”

Other students, like Madison Roberge, see teachers avoiding grading Transferable Skills altogether. “I think a lot of teachers were like, ‘nah I’m not doing this’ and ignored them.”

Charlotte Bodin said that she doesn’t know where her puzzlement comes from. “My lack of clarity on that, I can’t tell you if it’s due to me not paying attention or if it’s due to people not explaining it to me. It could be either, I don’t know.”

The class of 2020 is the “guinea pig class” for proficiencies, and there was never clear guidance from the beginning for what would be required of each student to graduate. Therefore, for many seniors, the realization that they weren’t on track to graduate came a little late.

“I needed to check off a lot of English standards,” James Hickman said, “and I was just made aware of this at the beginning of the school year by my counselor.”

Kyley Sullivan said that she didn’t know what she needed to graduate for the first several years. “I wasn’t really sure what I needed at the beginning of my whole high school career,” she said. For Sullivan, expectations were made clear “probably at the beginning of this year.”

Amanda Brown experienced a similar issue. Expectations were unclear to her “every year up to mid-junior year.” Only during her senior year did she feel “the pressure to ‘get your shit together’ that was otherwise not communicated the rest of high school.” 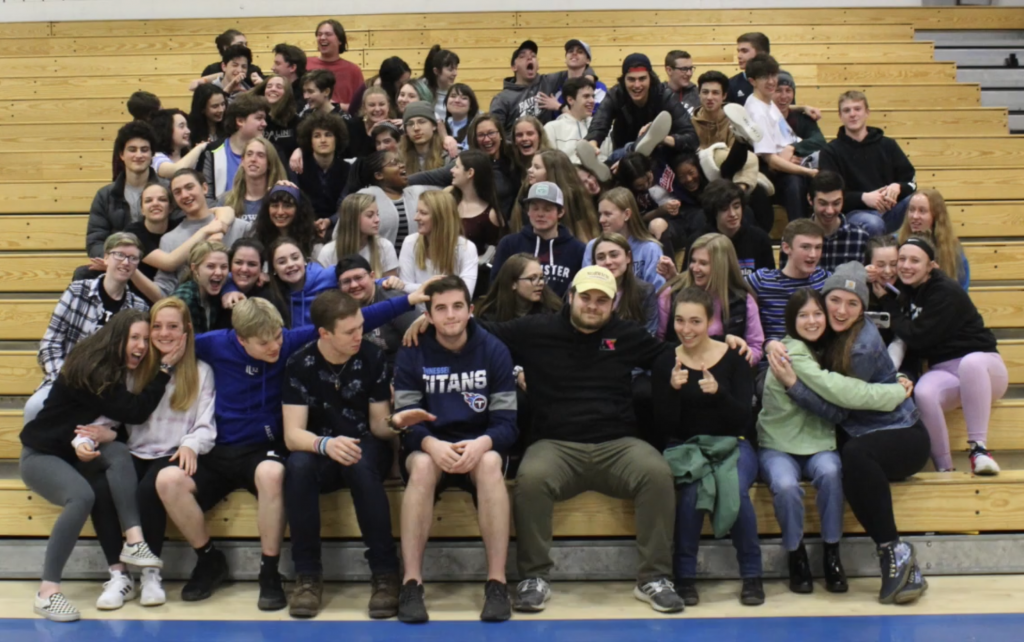 From being the first class to adopt the proficiency-based grading system to the class graduating during the Covid-19 pandemic, this class has had a lot thrown at them.

With all these firsts come a few big lessons. But most importantly, there is one message that most seniors would agree with.

As Sage Hannon puts it, “I really hope that they learn something from this.”