Tik Tok: During the Virus Era 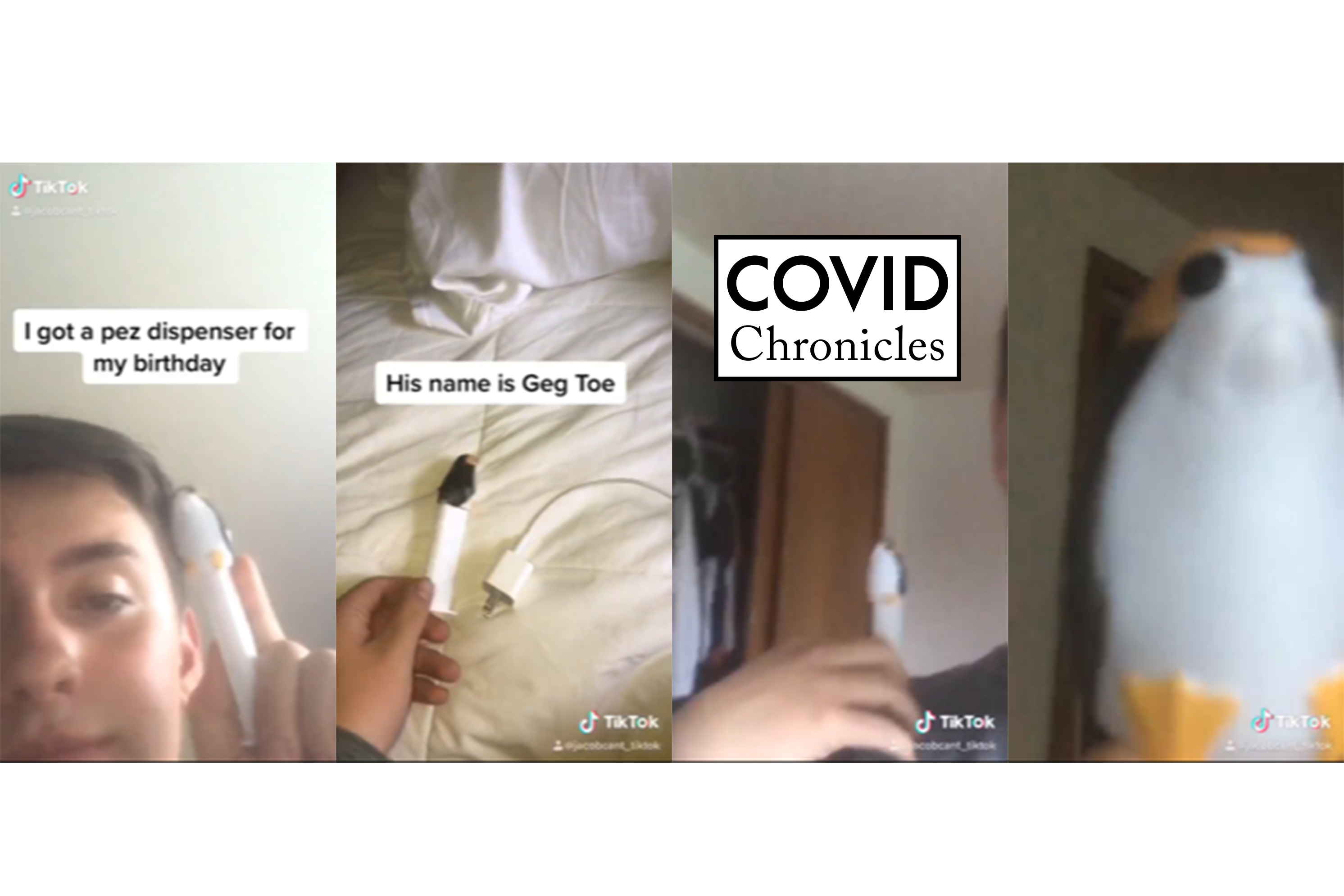 Two months before the Coronavirus, Evie Moore’s alarm went off at 6:00 am every day before school. She got dressed, ate breakfast, and scrolled through her “for you page” on Tik Tok. When she looked up from her phone, she barely had enough time to do the rest of what she needed to do before school.

Since the change to remote learning, Evie’s morning routine has shifted. She wakes up at 8:30 AM, scrolls through 10-15 Tik Toks of art tutorials with catchy music. Then she makes breakfast and starts on her school work. Now she’s home and has to prioritize school first. Throughout the day she will zone out on her social media, especially Tik Tok.

Tik Tok displays 15 second to 2 minutes videos of people dancing, acting and captions, sports clips, or memes. According to Vox.com, in February 2019 the app had 26 million users in the US. A year later, in March of 2020, the number of users has skyrocketed to 500 million users worldwide.

During normal times, Tik Tok is a social media app to post dance videos and create trends. Coronavirus has created more time for people to connect on Tik Tok. There have been benefits, but there have also been drawbacks.

Evie watches Tik Tok for art inspiration. She explained how the app keeps track of the videos you like and adds more to your personal feed. Once she watches one video, Evie finds herself scrolling to watch more.

“The algorithm they have is specifically designed,” Evie said. “Your brain just gets kind of trapped in this loophole.”

Kaili Amato, a sophomore, is another Tik Tok user and has been a part of the growing community since 2017.

Like Evie, Kaili finds it hard to stop scrolling once she watches a video. Since she got the app, Kaili has struggled to fully focus on her school work.

“I procrastinate more because of the app. I’m on it and then I just keep scrolling.” She has become “addicted”. When we were at school she would be on the app in the cafeteria in the morning and during lunch.

Roger Grow, a teacher at U-32, sees Tik Tok in a less positive way. At school Roger observed kids on their phones scrolling through Tik Tok during his chorus classes. “I would be happy if phones were locked up at the beginning of the day, but it’s so hard not to want to check in,” Roger said. “Self validation and outside approval are much worse than they used to be.”

Since Coronavirus, not all the feed on Tik Toks “for you page” has been positive and encouraging. Ruby, a sophomore from Mount Abe High School, has seen less positive Tik Toks. “I have seen a lot of videos promoting eating disorders and losing weight,” Ruby said. She found videos of people bragging about having birth control, juuling, working out, on top of discouraging eating. Other students have also reported having seen negativity on their Tik Tok feeds.

Other people see Tik Tok as harmless and just a form of entertainment. Allie Guthrie is a sophomore at U-32. “I like to send Tik Toks to my friends,” Allie said. “I think they are funny and we connect with them.” Since school closed, she has seen people reaching out to support others. “A girl on tik tok with about 500k followers made a Tik Tok,” Allie said. “Saying to drink water and get outside, do school work and make a schedule.”

Allie also found a video that Jacob Lane, a peer of hers made. Lane found inspiration to publish videos sending out positivity from an experience with his boyfriend, Ethan.

“He had told me he had been feeling very depressed.” Jacob said. “He was sleeping in really late and not motivating himself.”

Jacob gave him ideas of how to stay productive during the day and it seemed to improve Ethan’s mental state. Seeing the impact he had, Jacob decided to take his support to another level. He made a video with the same idea of supporting others and bringing them hope.

“I realized that I could put the same list on a wider platform to help those who needed advice,” Jacob said.

He created videos encouraging routines and finding ways of self care. “I just want people to see that there’s a way to try and keep yourself motivated through this,” Jacob said.

“ And that nobody should feel like they’re going through this alone.”