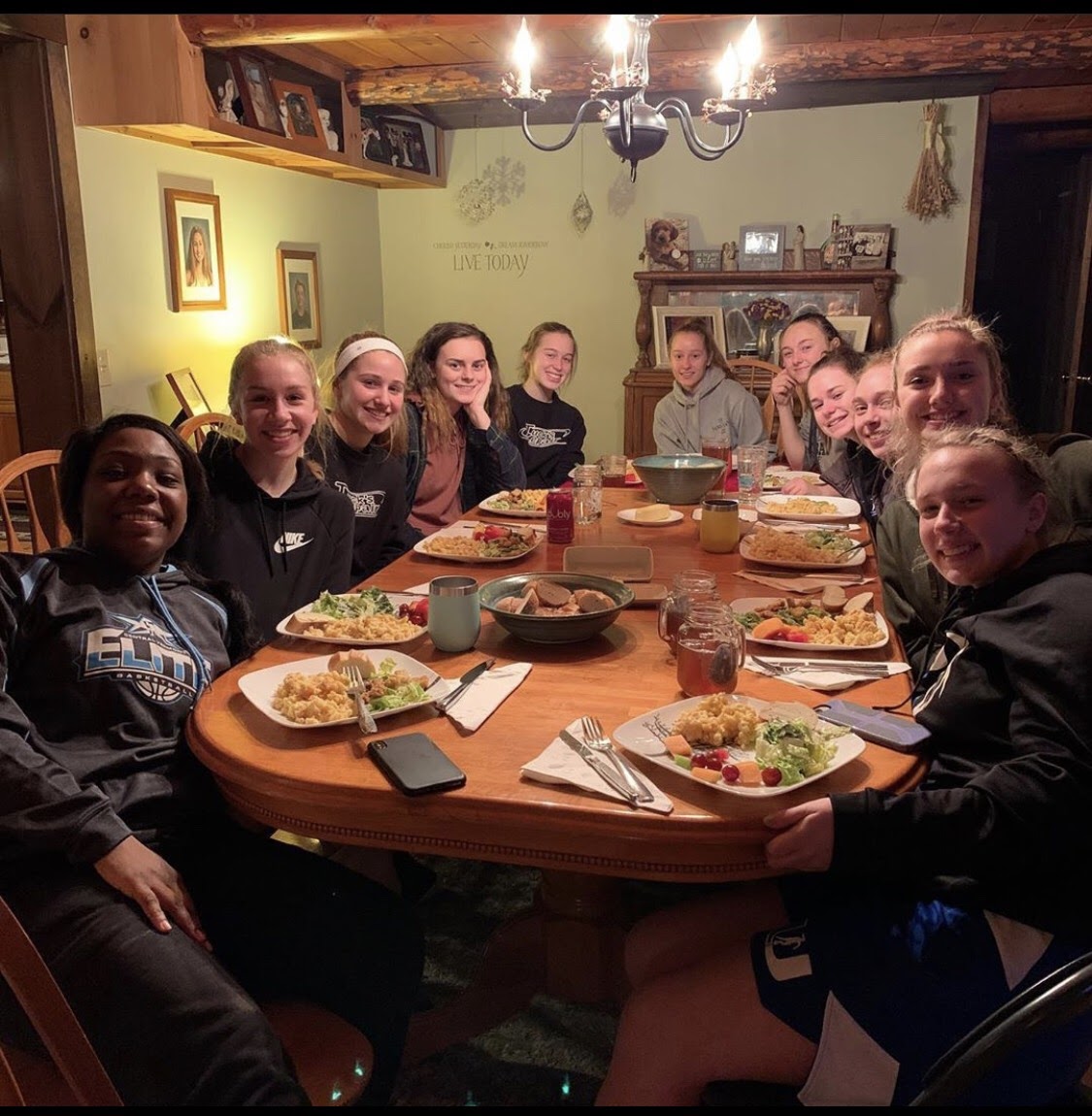 On March 4, 2020, in one of the last games of U-32’s 2020 sports season, the girls basketball team played at Spaulding high school in the first round of playoffs. At the end of the first half, the score was 14-12 with U-32 ahead. The girls went back to their locker room, and ten minutes later walked out, one by one, back to their bench. They huddled up with their arms around one another and they talked each other up, preparing to fight to the finish.

Four months earlier, on December 3rd, the same eleven girls were among the nineteen who sat on the floor in the middle of the gym, waiting to find out which team they would be playing on this season, JV or Varsity. One by one the players got called to the side until the last few trickled out of the gym. It was a new season, with new coaches, and a new mindset.

In the past couple years, the atmosphere on the U-32 girls basketball team made it difficult for the players. This year, with new leadership and a new start, the team came together to set aside past conflict and drama, to succeed as a team and be the best that they could be.

Shea Croteau is a senior this year with two years on varsity.  “Most of my memories were half times and after the games,” Shea said.  “I remember a lot of yelling and the climate was just horrible.”

After the 2017-2018 basketball season there were 4 girls on the JV team who quit the game all together. Claire Obeldobel was one of the girls who ended up quitting the team after their freshman year on JV.

“A lot of the girls on the team liked to start drama, but the coaches never really got involved,” Claire said. “They thought that the drama should stop at the door. ” Claire also said that there were issues about who got chosen for a varsity spot and if the choice included whether or not the girls played on a certain AAU team.

Last season, when the team started to lose touch with each other, they stopped playing as a team. They didn’t have a chance for team bonding because no one put anything in place. Eliza Garland, a junior with two years on varsity, said that because there were captains, there was a lack of effort among all of the other girls.

“Me, being a sophomore I didn’t feel like I had any place to organize anything,” Garland said. “Later in the season our old AAU coach had to step in and had pasta parties at her house and did team bonding with us.”

Things did get better toward the end of last season for the team. They started playing as a team to work through the hard times.

“My team helped me through it,” Shea said. “We were going through all of the same things.”

This season was the year to start over. At the beginning of the year the team talked about “Green and Red” teams, “green” being a positive team and “red” being negative. The main goal for the coaches and the team was to have a mostly “green” season. Everyone on the team worked hard to make it as good as it could be.

This season the team did not have any captains. The girls did many more things as a team outside of practice and games. They had dinners together, laser tag, and pasta parties. They planned these things out together, which helped them work better as a team in the end.

The coaches also worked hard to create a positive and fun environment. They allowed the girls to express their worries, while helping to help them fix them. The coaches set up practices where the girls listened to themed music and worked on specific skills and drills while the coaches dressed up matching the themes of the music. On Disco Day the coaches wore afro wigs. 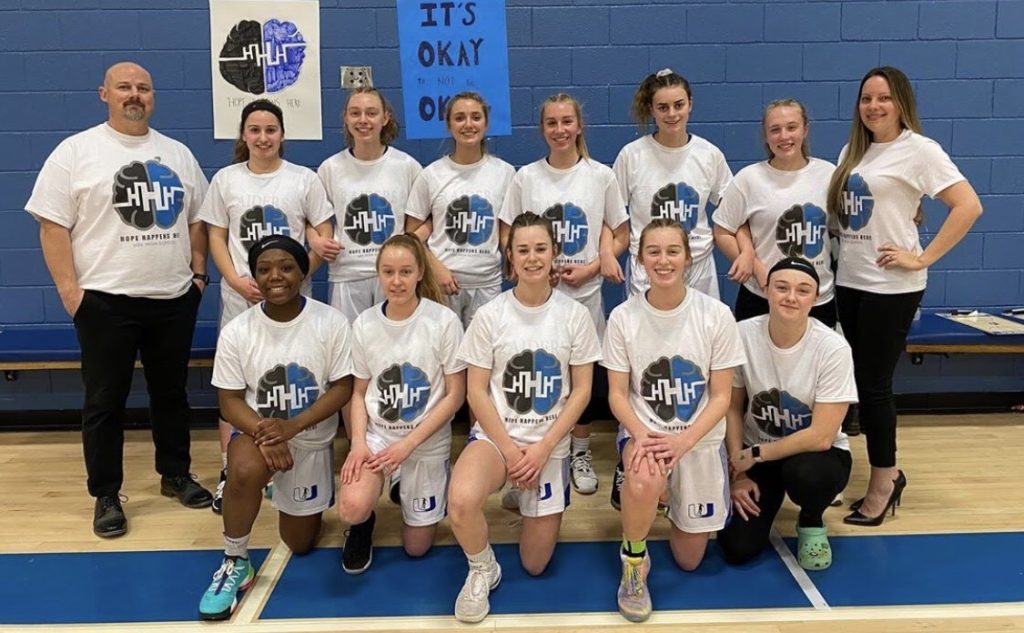 “I knew that myself and my teammates get really stressed out and sometimes sad during basketball,” Eliza said. After all of the things that the girls went through, she thought that it was a good idea to address it all together.

Sadly the season came to a stop during the first playoff game against Spaulding when they lost 45-38. The girls with their heads hanging low, walked into the locker room. For some this was their last time playing for the U-32 team. The locker room was full of both tears and hugs.