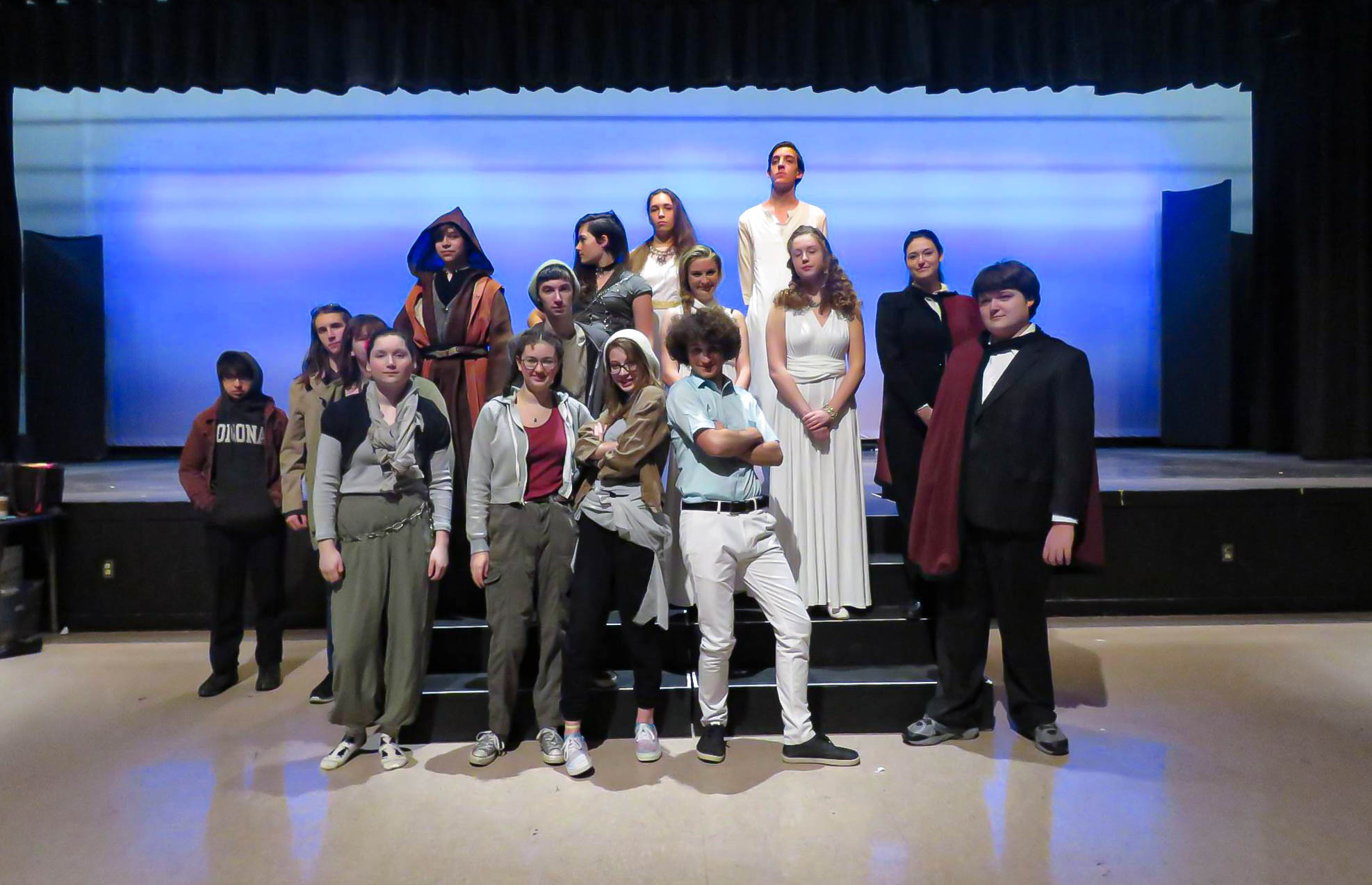 The roars of climate activists echo through the theatre. They know if they don’t fight for their earth, no one will. Shadows are projected on golden fabric: the vision of Tiresias the prophet, with the movement of the chorus behind it. The sorrow-filled voice of Ismene sings to her dying sister. 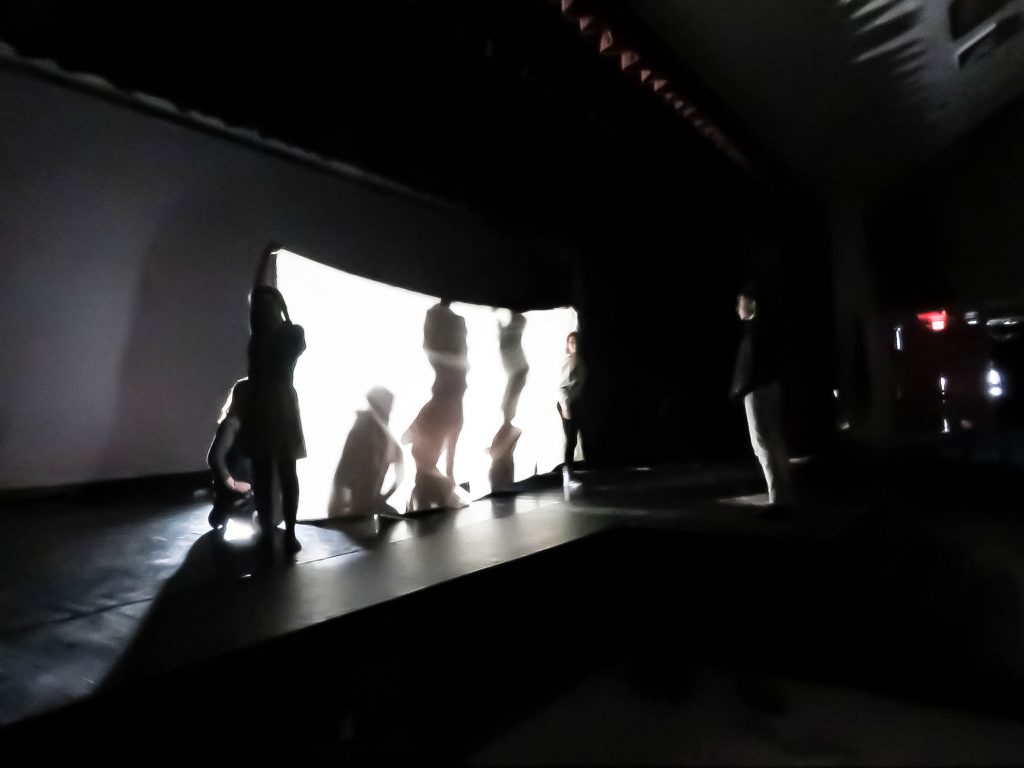 These are scenes from Antigone, the ancient greek tragedy modified to better represent our time. U-32’s version takes place in the city of Thebes, where Creon is the head of a giant corporation. She refuses to act upon the climate crisis taking place so Antigone decides to protest by refusing to eat or drink.

Erin Galligan Baldwin, Stage 32’s director rewrote the Sophocles play, changing parts of it while keeping the original messages and overall story. But will a 2600 year-old play help engage others in facing the problem of climate change?

For this year’s U-32 one-act festival play, Erin decided to address the emergency of climate change. “I got the idea just by seeing the passion that student climate activists have had in walkouts,” Erin said. “Greta Thunberg, seeing her speeches and seeing the effect that she had, just made me think of Antigone.”

“Do you think it’s a mystery why there is famine, fires, rising tides?” Antigone tells Creon during a debate between them. “You, in your greed, cause the pollution in this world that will kill us all.” 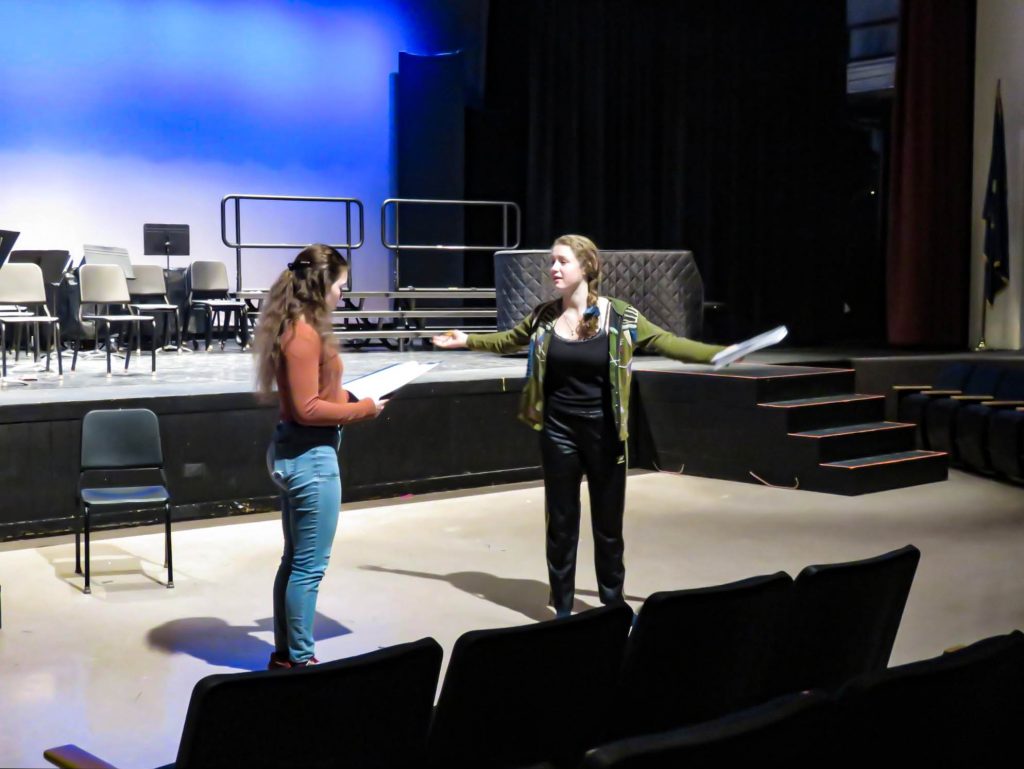 Erin wanted to bring focus to the facts. “I don’t think you can have an opinion about climate change,” she said. “It’s a fact. It’s science.”

The play also addresses the current generational divide. In the original, Creon was male, which added a gender dynamic between a young Antigone and an older, more powerful Creon.

Erin wasn’t anticipating changing the gender of Creon, until Camille Cheney gave an amazing audition. Now that gender is out of the equation, Erin says the show can focus more on age.

She said younger activists are telling the older generation, “‘you won’t be alive so you don’t understand. You don’t fight for it the same way we do because we’re going to inherit this earth and it’s damaged. That’s your fault and we need to fix it.’”

Ambiana Snow, who plays Antigone, was skeptical when Antigone was first introduced. She was worried the show wouldn’t connect to the audience –“Old greek is so intense and wordy”– but now that the language and meanings are modernized, “it can get through to more people.”

Even after all the changes from the original play, Antigone still conveys important messages. “She says a lot of stuff outright and she says it loudly,” Ambiana said. “Hopefully that will get in some people’s heads.”

“This is a real human message,” Jack said. “This is the story of a person who saw something happening and decided to do something about it just out of the goodness of their heart.”

Unfortunately, as of the publishing of this piece, the performance for March 21st has been canceled. Stage-32 hopes to perform the piece before the school year ends. 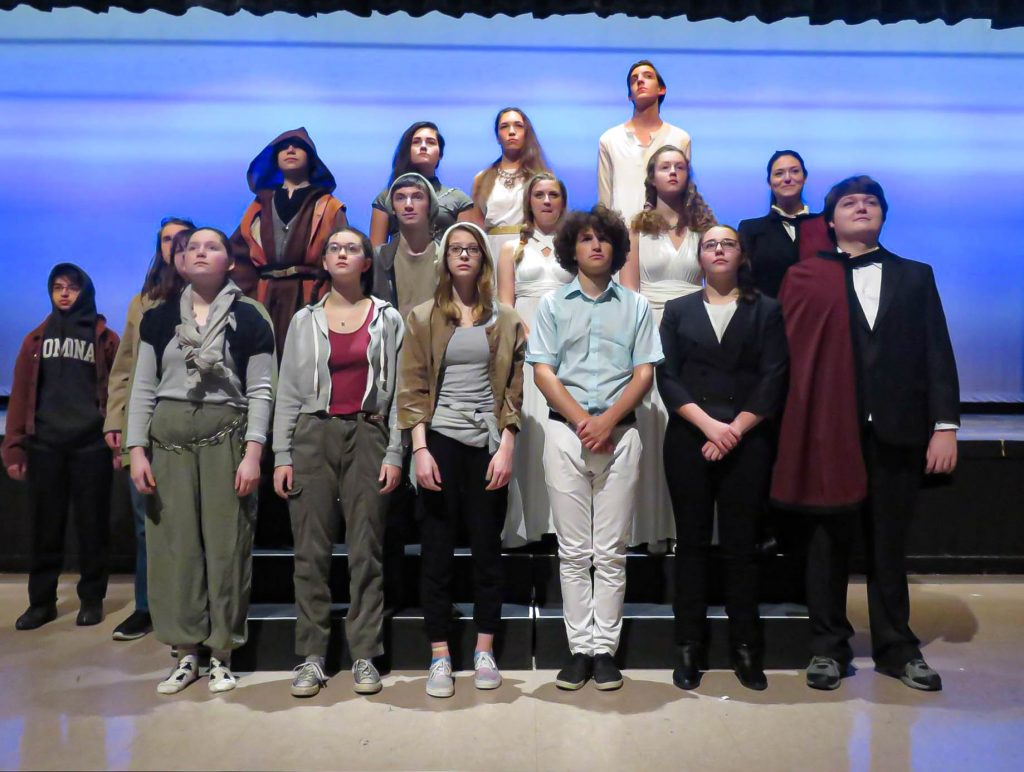