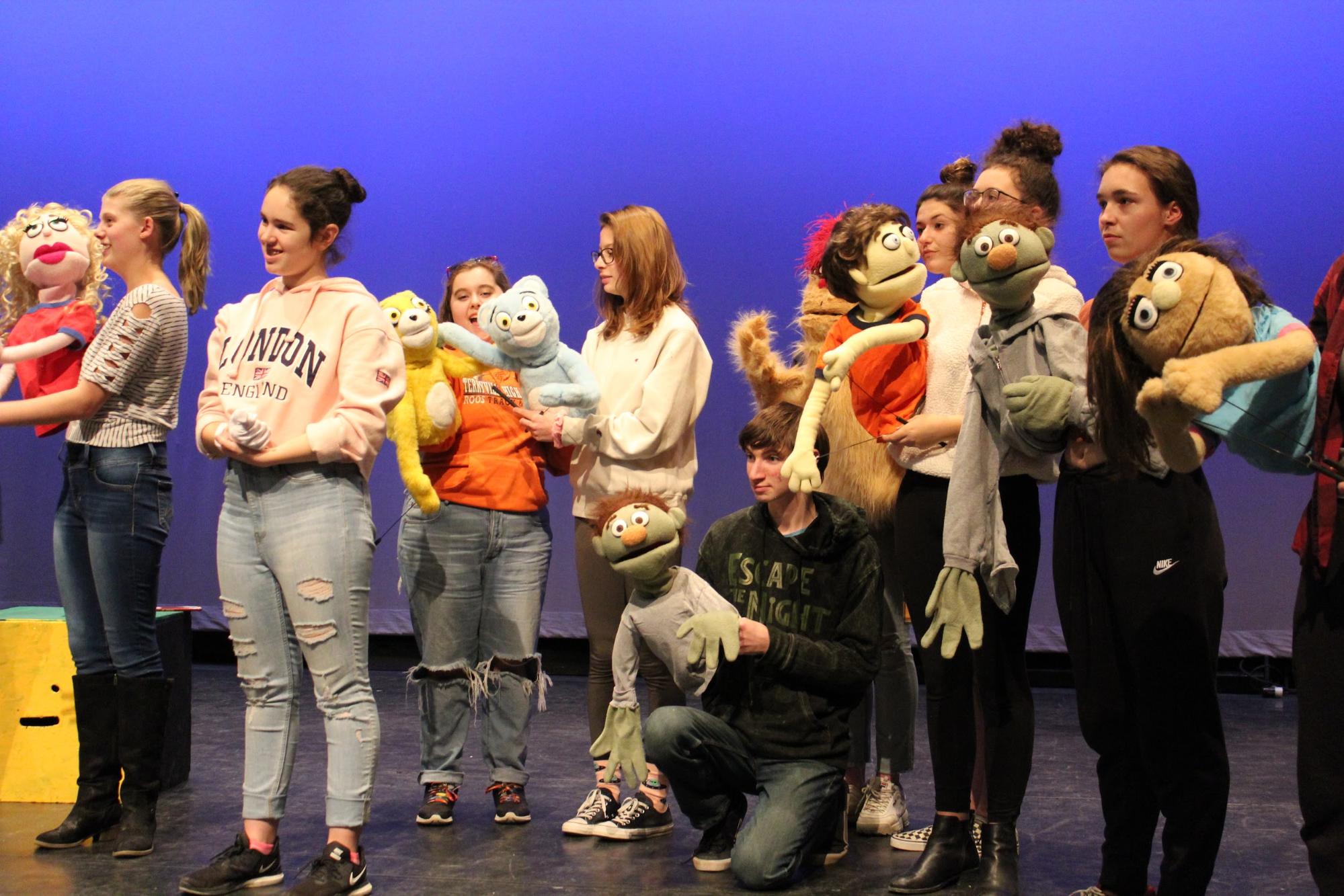 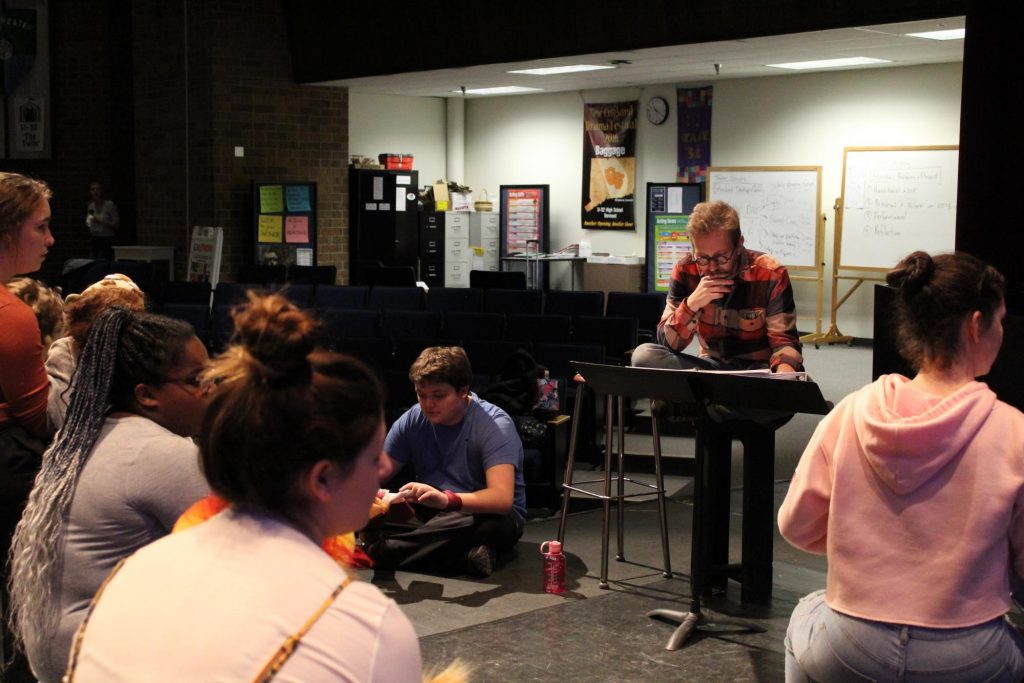 During a recent rehearsal, Avenue Q’s cast sat in a circle loosely holding their puppets while sitting in a semi-circle around Chorus Director Roger Grow.  Grow pressed play on his phone, and a second later the first notes of the song, My Social Life is Online, broke out of the theater’s speakers.

The students who weren’t singing leaned back in their chairs to quietly chat with their friends.  The notes got louder as the introduction led into the first verse. Emma Neff started to sing, “Me have friends and me do fine just online.”

In short, Avenue Q is like an adult version of Sesame Street.  Like Sesame Street it has puppets singing songs about people’s problems, however, Avenue  Q’s problems are not bullying or nap time, but being gay and having no purpose in life.  Avenue Q features puppets as the leads, with actors doing their movement, singing, and dancing.  The musical is about Princeton, a recent college graduate who is looking for his purpose in life.  Along the way, he meets an assortment of characters who show him the hard realities of life and teach him what is truly important. 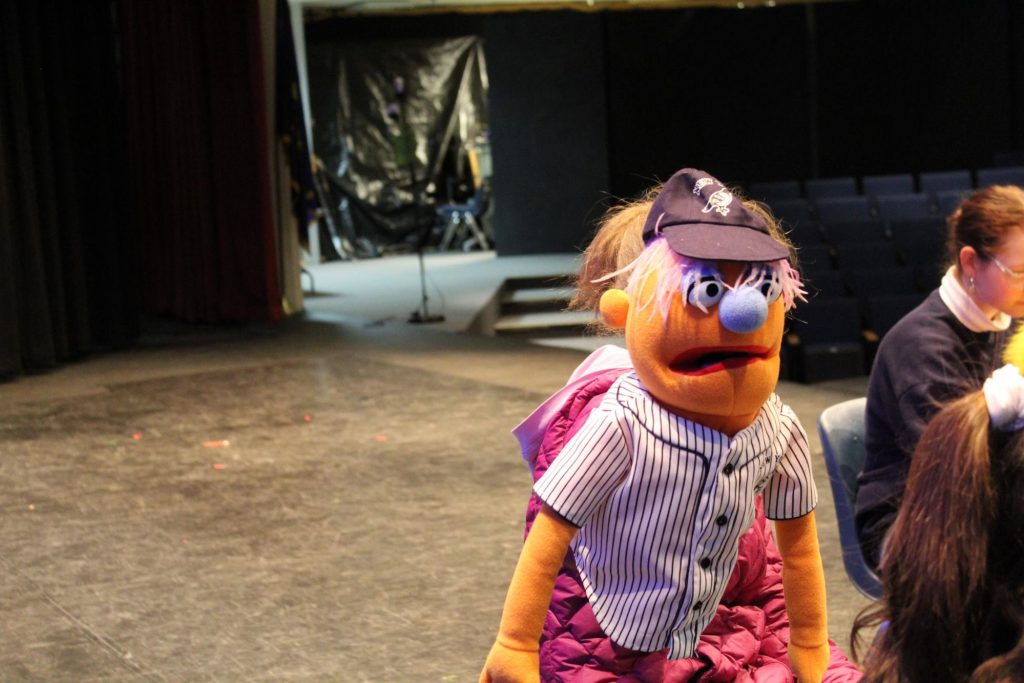 When Avenue Q made its Broadway debut in 2003 it received phenomenal reviews.  The New York Times compared it to West Side Story and The King and I.  It even won three Tonys at the 2004 Tony awards, including Best Musical.

However, the response to Avenue Q being performed at U-32 has not received the same reaction.  Many people, from former students in the cast to groups like BLAMM see the show as racist and sexist, and do not believe it will benefit the school.

Galligan-Baldwin believes that even though Avenue Q features puppets as its main characters, it is still   “dealing with realistic, everyday life problems.”

“It forces people to acknowledge that we all have prejudices inside of us,”  Galligan-Baldwin said. “We also want to put on shows that make people think that will start conversations.  Are they always going to be easy conversations? No. But it’s important to have them.”

Galligan-Baldwin believes the format of the musical will also help start a dialogue at U-32.  “It’s talking about issues, but it’s doing it through humor,” Galligan-Baldwin said.“And I think that’s really important for us as a community right now.” 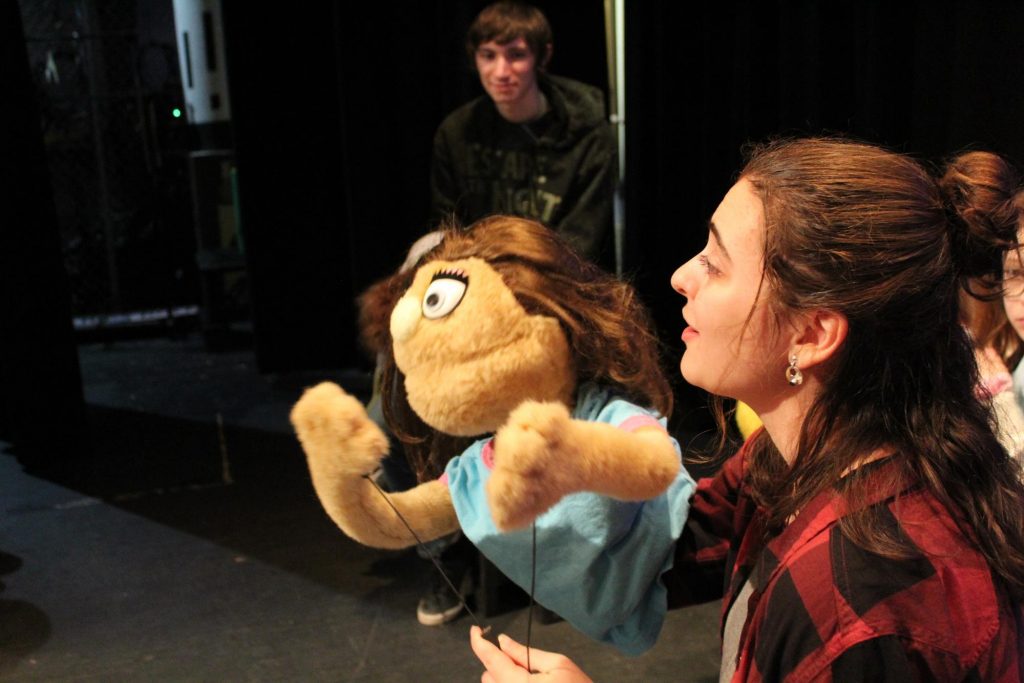 Galligan-Baldwin talked with many other faculty about the pros and cons of the play.  She has been working with two outside groups, Outright Vermont and Showing Up For Racial Justice.  Together they have been planning a talkback for after the play that will help the audience understand the issues.  During The Money Song, when the characters go out into the audience and collect money from the audience, the funds will be going towards those two groups to help their mission.

Despite these many edits, some members of Stage 32 were still skeptical of the musical.  Townes DeGroot auditioned for the play, and later dropped out because he didn’t “want to be part of something that might harm the school community.”  DeGroot was afraid many who saw the play wouldn’t understand the message Galligan-Baldwin was trying to convey in the musical. “You’re going to have to realize that people aren’t going to get it and that’s going to negatively impact the school,” DeGroot said.

Agnes Polk is a current cast member in the musical and said a lot of her friends left because “they didn’t like the message it had.”  According to Polk and other cast members, many students auditioned for the play without fully understanding what it was about, and when they learned the full plot they left.

Other students outside the cast are concerned the messages in the play will be taken the wrong way.  In a recent meeting with Seeking Social Justice, Bruce Pandya said: “I don’t want people saying the things they hear in the play.”

Other students in the meeting voiced concerns about how the humor in the play might mask the issues.  They thought the jokes would be too much and the audience would not appreciate the play’s message of understanding and growth.   “They’ll just repeat the words,” said Charles McCaffrey, a Freshman, “and not understand the deeper meaning.” 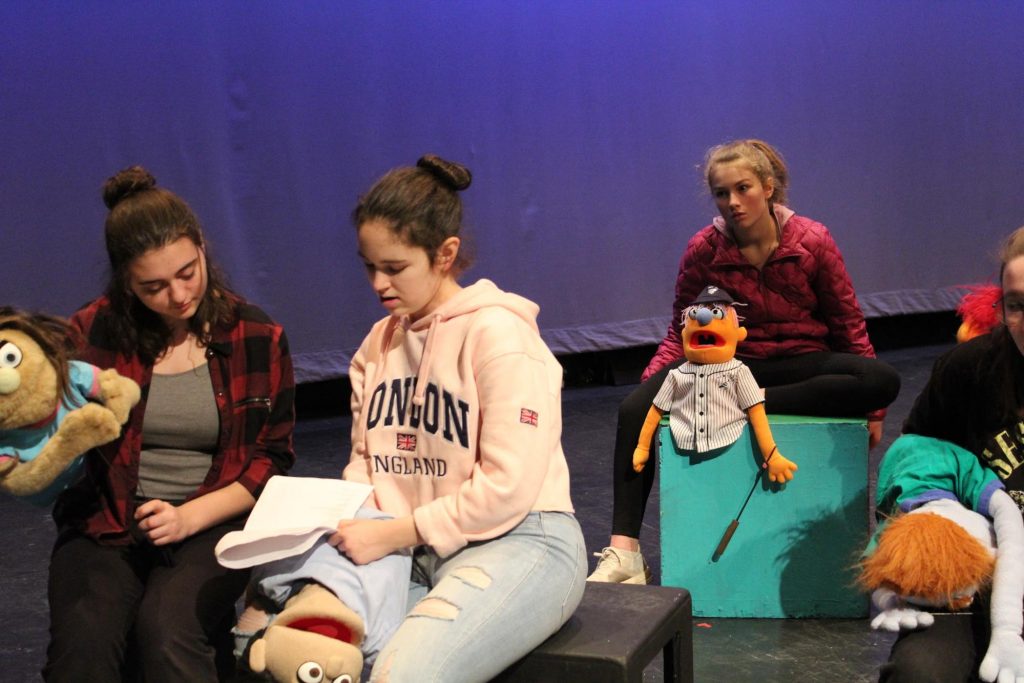 At a meeting with Erin Galligan Baldwin, some members of U-32’s group BLAMM (Black Latino Asian and Many More) did not understand why some things are staying in and others are being taken out.  When Galligan-Baldwin told the group she was using a version that didn’t include songs and lyrics about sex because they weren’t school appropriate, Ginger Knight asked, “do you think racism is school appropriate?”

In an interview with U-32’s equity scholar Shelly Vermilya she said: “I hope everyone will be willing to listen to the cast members, listen to those who are actually involved … and embrace the conversations.”  Vermilya is confident that if outsiders listen to the cast and crew members their assumptions about the play will be erased and replaced with a more thorough assessment of the play that will lead to deeper conversations.

Some worry the musical will lose the impact of the Broadway version.  Camille Cheney, a cast member, believes if the controversial themes are taken away, “it’s not staying true to the nature of the play, and it’s hiding things from people.” 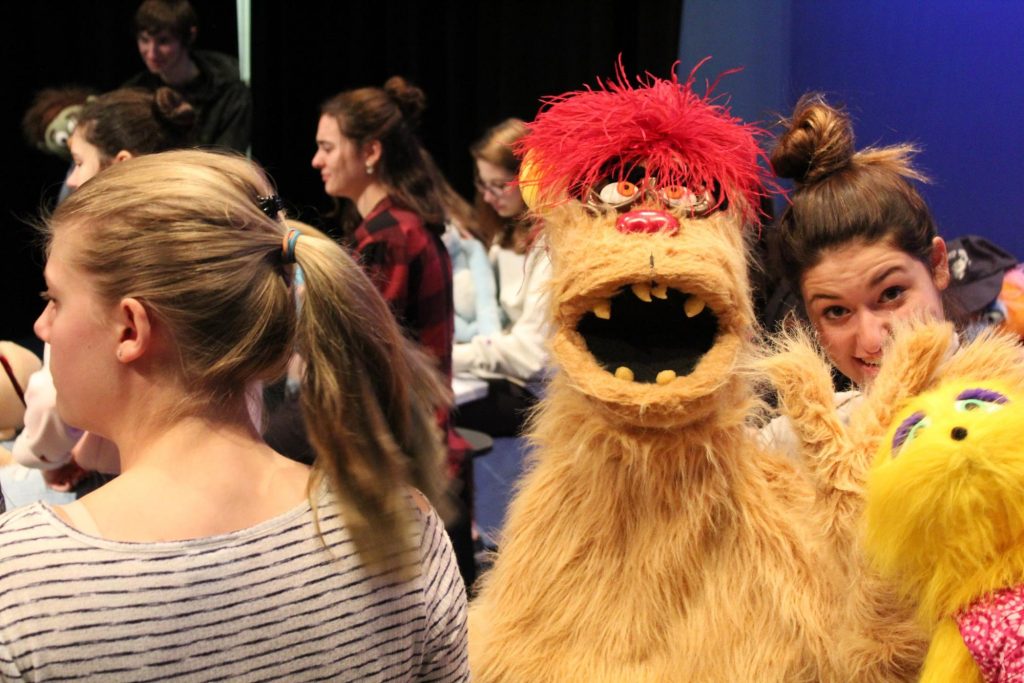 Former Stage 32 actor Tillie Quatrone agreed. “In watering it down it takes away the power of the show,” she said. “It goes against what the show is trying to do in the first place.”

During the inservice on Martin Luther King Day, Stage 32 performed the first act of Avenue Q  to the Washington Central faculty. If that performance was any clue to what reaction will look like, the outlook is positive.  The faculty loved the performance, and even gave the cast and crew a standing ovation.