Not Her Neurological Condition 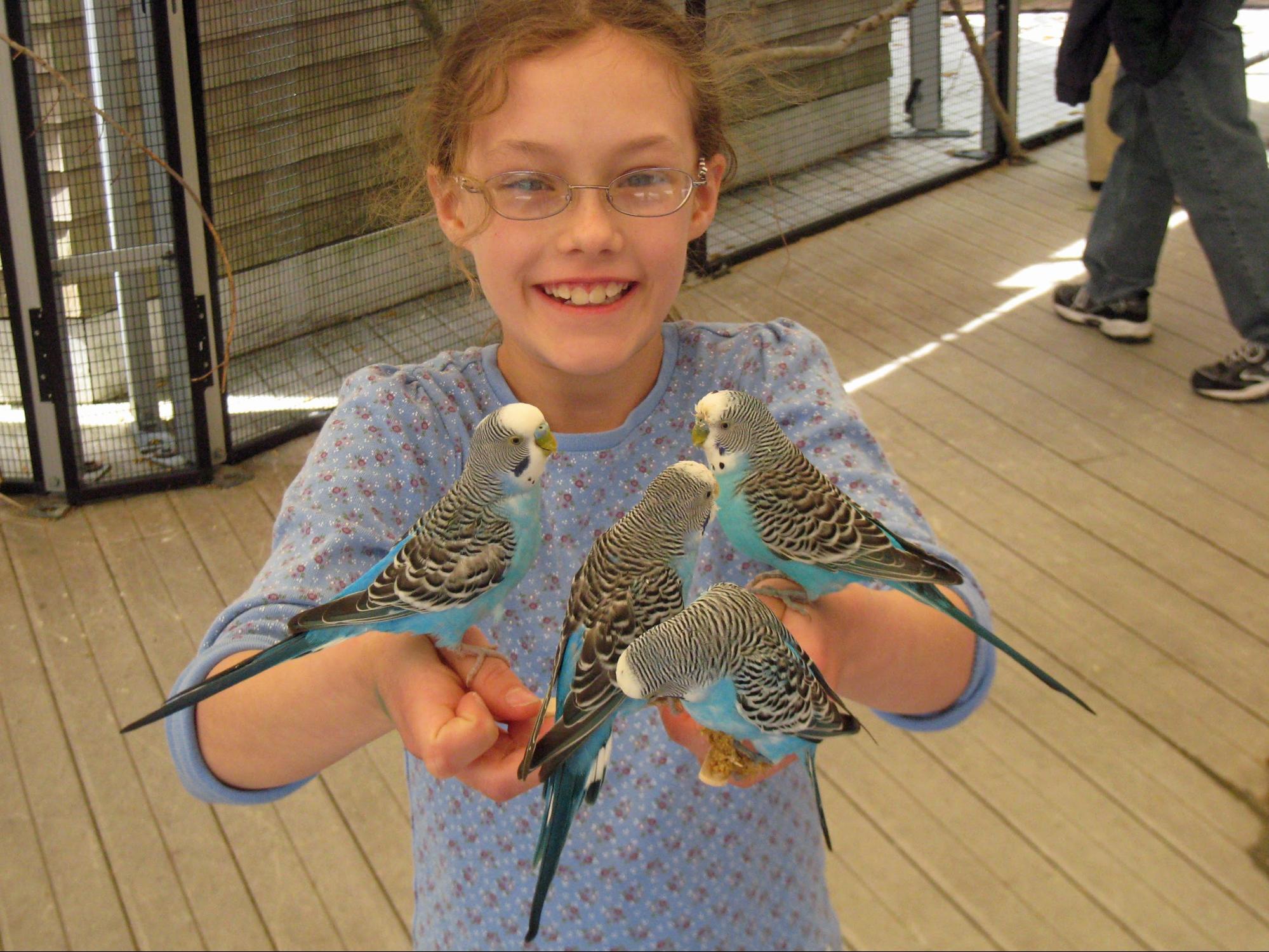 Editor’s Note: the name of the school district is fictitious to protect the Lane family

“I started the meeting by saying ‘I’m just going to tell you all right now we are here because we are not going to find our daughter hanging from a closet pole sometime in the next four years’.” Vermont is supposed to provide a great sense of school community, through activities and interpersonal relationships between families and faculties alike. Sadly for Dan and Holly Lane, they found the exact opposite in the Westerburg school district. Their oldest daughter, Willa, was repeatedly wronged by her school, facing severe bullying and violations of her constitutional right to a 504 plan. Dan and Holly had to choose between staying put and suing the school or changing the lives of their entire family by moving to a different district. 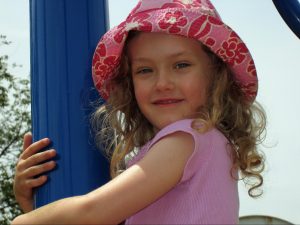 Willa was Holly and Dan’s first born, and things were normal until Willa started doing a very strange thing in kindergarten. She would start violently throwing her head forward and backwards for 10 second intervals. They were confused and scared, so they contacted a neurologist.

“We went down to Dartmouth Hitchcock and we saw a neurologist who actually was pretty dismissive and listened to what we had to say and told us to come back in five years if it was still a problem. Lots of kids had tics, handed us a handout about neuroleptic medications and sent us on our way, which is something no neurologist ever would do now, “ Holly explained.

All signs pointed to a neurological condition called Tourette Syndrome, a ticcing disorder that affects 1 in 160 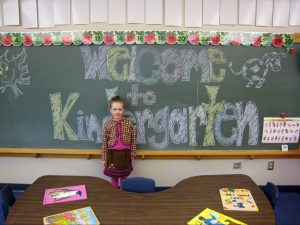 children between the ages of 5 and 17 according to the Tourette Association of American. Tourette Syndrome is characterized by having both vocal and physical tics for over a year before the age of 18, and a tic is an involuntary action. Since Willa hadn’t received a diagnosis yet, Holly and Dan explained her tics to each of her classroom teachers as she progressed. Willa was moving through material very quickly, and skipped second grade. This caused Willa to struggle with making friends, especially due to her tics. Her ticcing got worse every year, but the school still did nothing. Holly and Dan wanted to create a 504 plan for Willa, which is covered under Section 504 of the Rehabilitation Act. It’s a policy that enforced that students with disabilities have a legal right to free and public education. There’s more information on the overall policy on the U.S. Department of Labor website. A 504 plan usually involves accommodations for individuals with disabilities based on their needs.

“And the school basically said, well, we’ll talk to you after you have an official diagnosis. Otherwise there’s nothing we can do.” 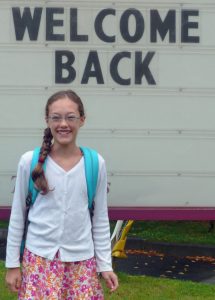 The culmination of Willa’s problems occurred when she arrived to Westerburg Middle High School. She had finally received a diagnosis and was put on a 504 plan, but the plan was disregarded at best and called into question at worst. Teachers were as mean to Willa as the other students, and the other students actively bullied her.

“Just before Halloween, 12 out of the 40 kids in her grade were finally named in persistent bullying and harassment against her, and we went to a parent teacher conference in December. And we had an educator, who in front of Willa make a comment that people were tolerating her tics just fine, but it was everything else about her that made all the kids dislike her so much.” 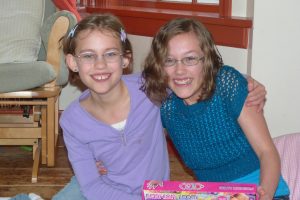 Willa tried to hide it all from Holly and Dan, but everything eventually came out. Students throwing things at her, making veiled death threats, actively mocking her tics, isolating her from her other peers, and more became regular for Willa. All of the things both students and teachers were doing were in direct violation of Westerburg’s very own bullying policy. According to the slideshow, instances of harassment and bullying should be reported to administration. However, when Holly and Dan brought the information on the bullying to the school, they were told that since there were no teachers present and no students were testifying in Willa’s favor, that it never happened. Willa’s 504 plan, her legal right was also disregarded as overreaction. It almost took Willa ticcing off of a 3 story stairwell for the school to take her Tourette seriously. “They were violating Willa’s civil rights left and right,” Dan explained. 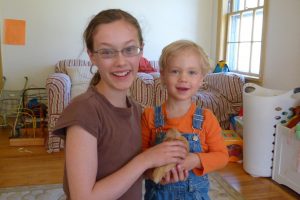 The staircase was the boiling point. Dan quit the school board in protest to the treatment they had been receiving, but when it came time to pursue legal action, they decided that they wanted a fresh start. The Lanes knew they had to move, not only for Willa, but her siblings as well. They used the utilitarian belief system to assess that although they could go after the district, inevitably it was an issue that would impact the entire family. Pursuing legal action wasn’t the right path because it was never about the school, it was always about Willa’s safety.

To summarize a long story, the Lanes now live in East Montpelier in the U-32 district. Although Willa doesn’t remember most of her 5th and 6th grade years (which is indicative of the trauma she endured), she continues to be an advocate for Tourette Syndrome awareness, even attending a youth ambassador training in Washington 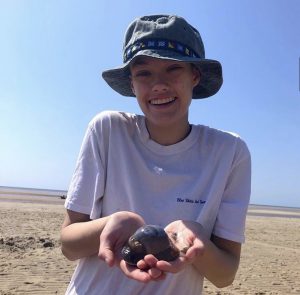 D.C. so she could educate her peers about an important part of who she is. She graduated 2 years ahead of schedule, and attended Norwich University during her senior year of high school. She’s bringing her intelligence and love of sea creatures to the University of Delaware where she’s studying marine biology. People in Westerburg and to some extension U-32 only saw Willa as the tiny girl with Tourette Syndrome, but she’s so much more. She’s passionate about political activism, she did musical theatre and student council, she has a special place in her heart for cephalopods, and she has a love of K-Pop. The public education system isn’t kind to kids who don’t fit the typical mold of how they organize their classrooms, and Willa happened to be one of the unfortunate ones to face the brunt of this issue. It calls into question how we’re funding our schools and where our priorities should be. We need to normalize conversations about not being normal and we need to put more funding into special education programs. Holly currently is working for an organization called Changing Perspectives, a nonprofit about the implementation of disability curriculum in schools, so she can make a difference for kids like Willa who are currently unheard. 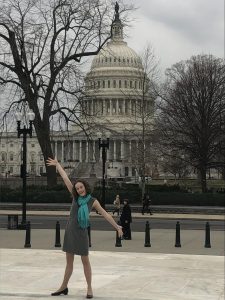 “She is not just this neurological condition. I think it taught us how to view very organized in our advocacy. We were very careful and thoughtful. We tried very hard to go into every meeting regardless of what the issue was, bullied by an educator, just failing to follow a 504, to go in with at least an attempt at a solution. We tried to listen as much as we could, but we also really refuse to let people excuse their bad behavior away because they didn’t really feel like it was real.”