“You Do Have to Work Hard”: A Pediatrician’s Journey 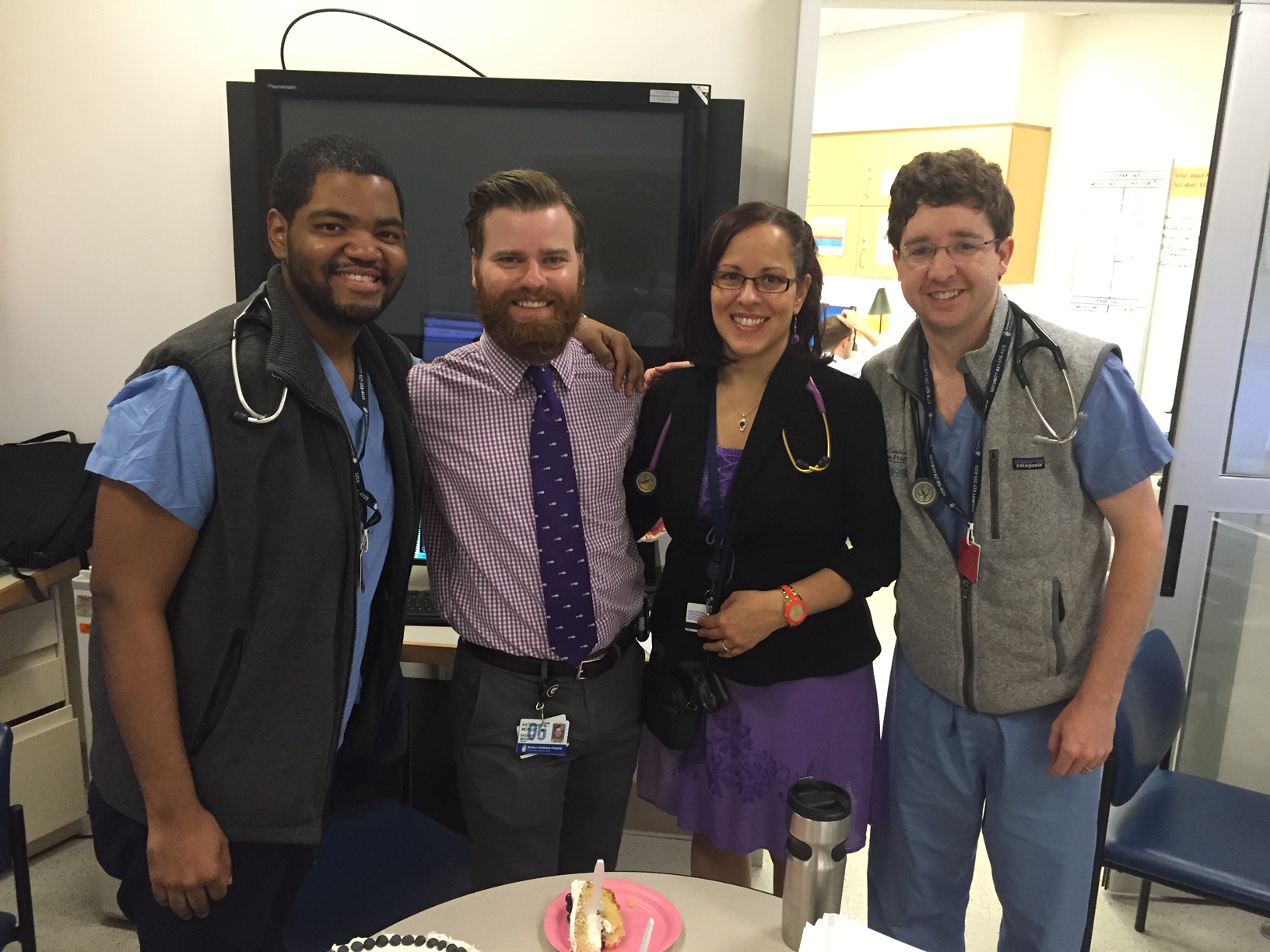 As Laddy Maisonet looked at her infant daughter, Isabella,  she noticed something in her eye that seemed off, almost like a small dot in the white of her eye.  She compared both eyes and saw that one was more focused and acute while the other was squinted and noticeably defected.

She took Isabella to a doctor but the doctor saw nothing wrong.  Laddy wasn’t convinced. She kept trying doctor after doctor, further investigating to find what was wrong.  She eventually found a doctor that did further testing.

This led to the diagnosis of cancer in Isabella’s eye.  If Laddy hadn’t pursued this and caught it so soon, the cancer would have spread to the other eye, eliminating her daughter’s eyesight completely. 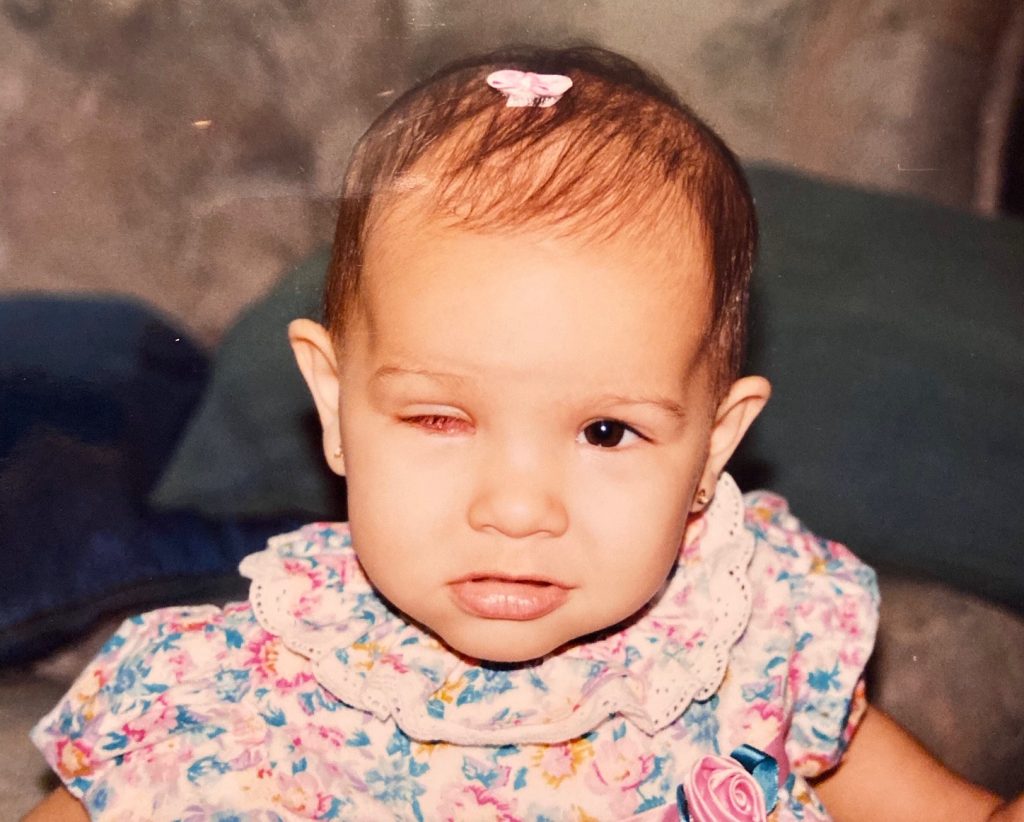 Isabella ended up with one glass eye and came upon many struggles and challenges.  This eventually led to Isabella rebelling at around age four and older. Often Laddy would see her come home after school in frustration. Knowing how to take care of Isabella was a challenge:  “ I always tried to treat her like any other children,” Laddy says, “and never treat her like as a disabled child.” Their lifestyle had to change, “but for us it is like second nature.”

Laddy made the decision to pursue medical school. Their transition in life wasn’t difficult primarily due to Laddy becoming a doctor, which helped her become a better mother, make better decisions, and even help people who are going through similar situations.

Laddy wasn’t always planning on being a doctor.   She graduated from high school with a focus on art that eventually led her to a job for Hallmark Cards.

But after Isabella got diagnosed with cancer in her eye, Laddy’s whole life changed.  Her perseverance getting her daughter diagnosed saved Isabella’s eyesight and Laddy became inspired to pursue an education in the medical field. She realized how hard it was for so many kids who couldn’t communicate with the nurses and get what they needed.

Laddy didn’t graduate until 2013, at age 42, when she started her residency.  Laddy is currently almost fifty years old and has been a practicing pediatrician for about two years.  Throughout her experience of going through medical school Laddy encountered subtle racism, ageism, and sexism due to her latino identity of being a Hispanic mother.

Raising a family was a struggle while trying to pass college classes.  But the amount of hard work that Laddy put into her studies turned out to be a positive: “In a way for me, knowledge was power,”  she said. “And it was power for me to be able to make better decisions for Isabella, and I think that definitely was one of the many motivations. ” 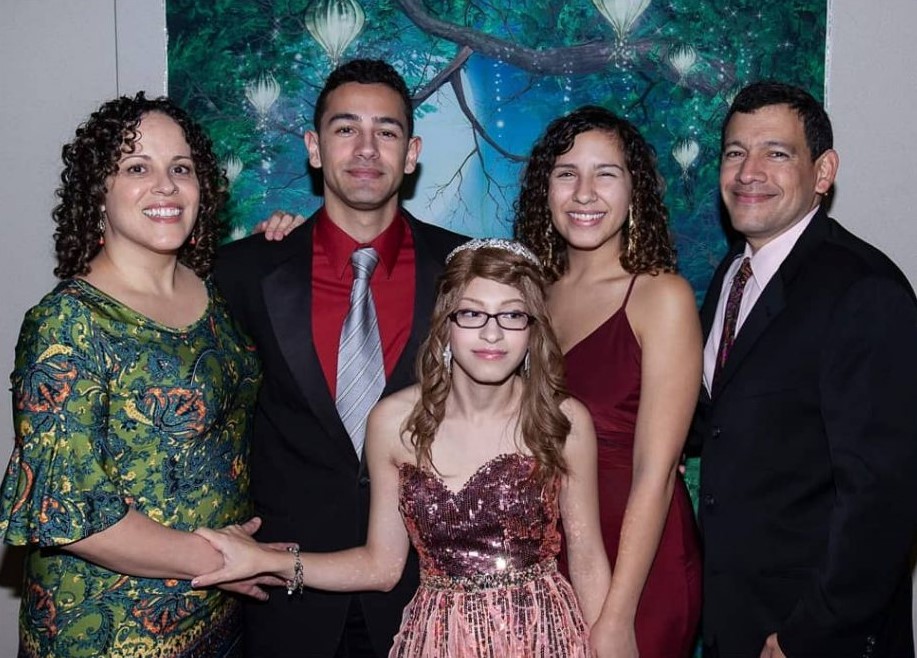 She was only able to complete it with the help of her husband, Gaspar.  Often she would work to all hours of the night and even go over the legal limit of work hours in a week, sometimes having 32-34 hour shifts and logging over 100 hours a week.

“I don’t think anything worth doing in life comes for free,” Laddy says, “ You do have to work hard.”  Fortunately, she spoke up to her program director, and they allowed her to schedule her own hours, prolonging her residency but overall improving her quality of life.  She was able to spend more time with her family and do the things she loves.

Throughout her education, she encountered a few bad and careless teachers who didn’t have great teaching methods and weren’t really devoted to their work.   Those teachers were teaching in order for their students to only pass the class, but not truly learn the material. She realized that she would have to go to other teachers teaching the same subject on her own time in order to be successful in her classes.

Throughout her experience in medical school, she felt subtle sexism. Her treatment as a Hispanic woman was noticeable.  She felt this mistreatment in how people around her acted and what they said to her. In her interview for her residency she was asked how she would be able to take care of her children while working.  That is a question that men would not typically be asked and for women to be asked this isn’t right and even borderline illegal. 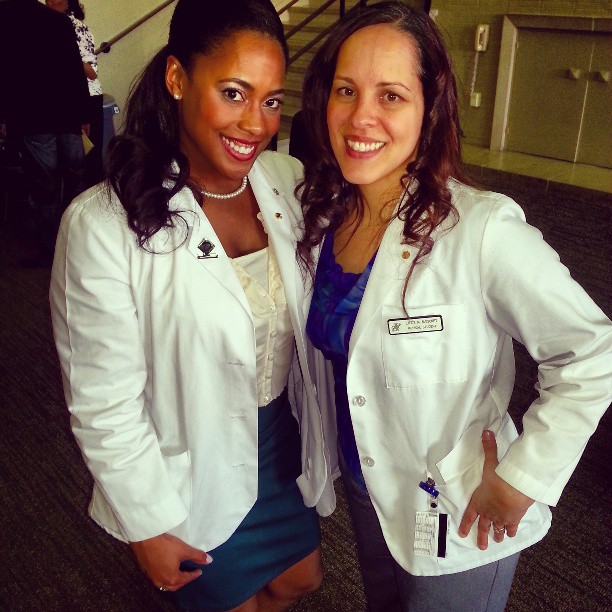 Another example of her mistreatment and subtle racism that she encountered is while in medical school, she took a test and performed in the top ten in a group of 200.  Everyone around her was completely shocked and thought it was a big deal. Laddy felt this was due to their low expectations of her because she was latino. People never said direct and rude things to her, but she could just tell that people were a little taken aback by her impressive scores.  To her, this was another source of motivation.

The challenge of being in medical school was increased because English was her second language.  Even though she would study hard, she would misinterpret certain words on her quizzes, causing her to get that question wrong.  She would get upset by this because she knew all the material.

She didn’t have any regrets. She learned that you can’t control how other people treat you:   “But what you can control is how you present yourself and how you respond to people’s comments and things.”

“Match Day” is the day when students find out what hospital selected them for their residency.  How the system works is that the student picks a handful of schools that they want to get into the most, and the schools pick their top choices for students.  When they match up, the student goes to the corresponding hospital for their residency for the next three to five years. 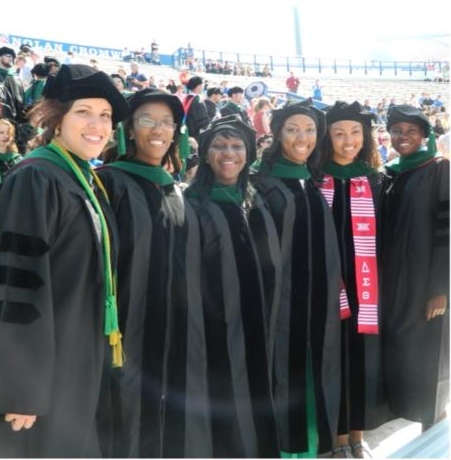 Originally, Laddy had chosen not to apply for Harvard Residency as she felt that it was unattainable.  But after some encouragement from a Harvard recruiter she decided to apply and realized that she really did aspire to go there and ended up being accepted for a residency at Harvard.

After three long years of residency, graduation day arrived.  Laddy chose to become a pediatrician because of the experience she had with Isabella in the hospital.

“Because I was also a parent, it was easier for me to relate to some other parents and their stresses that they were going through,” she says.  “And it really spoke to me. When you know you are doing what you’re supposed to do, you just know, it just feels right.”