“We all felt equally duped”: A Nonprofit Dilemma 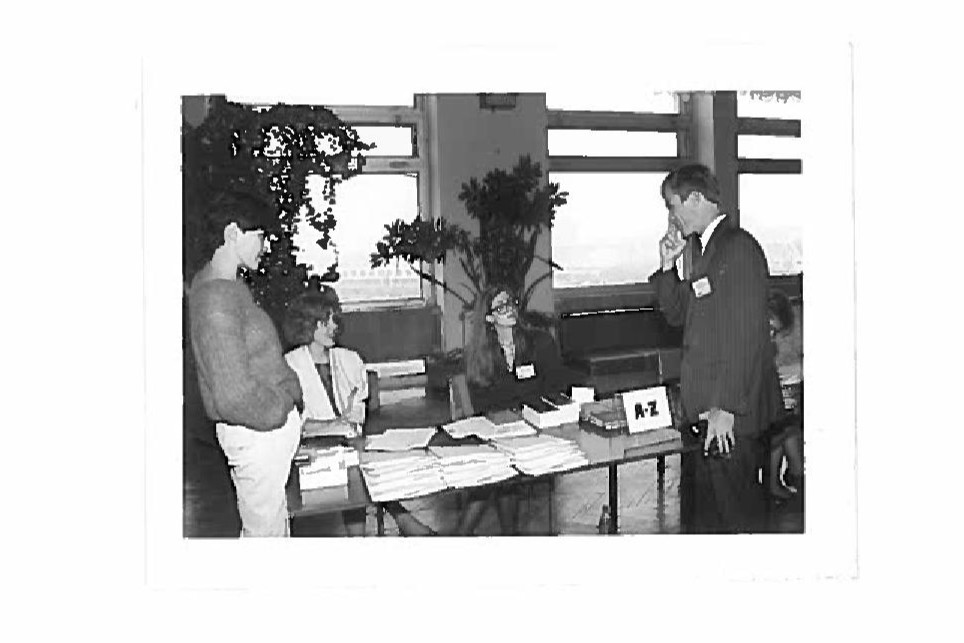 Barbara McAndrew was working as the fundraising coordinator for a nonprofit known as the Global Economic Action Institute. This was her first job with a nonprofit organization after having worked only big corporate jobs. She was in charge of grants and speaking with donors, including traveling all over the world.

Barbara was leaving for a business trip. She was going with her boss to meet with different groups in Poland, Hungry, and the Czech Republic. She had stopped at the office to pick up a few things before meeting him at the airport.

It was early on a Saturday morning when she stepped into the office and saw one of her coworkers climbing up in the ceiling. He appeared to be removing tiles, however the rest of the office appeared scattered and taken apart as well, especially in the boss’ office. Her coworker claimed he was doing some electrical work and rewiring, so Barbara got her things and didn’t think much more of it at the time.

Barbara had worked for Global Economic Action Institute for a few weeks when she started to notice things that made her wonder if something else was going on. In the beginning, she was part of many meetings, and as time went on she realized everyone she was meeting with wore the same ring. But there was something she didn’t know.

The Global Economic Action Institute was a front for a religious organization. This was very unclear from the outside. Barbara says it was not obvious to her, especially at the beginning. The nonprofit organization was posing as a charitable organization when they were actually working with a church. The employees were often new recruits for the church. They had also set themselves up as a way to support the exchange of information about economic developments and democratic governments between the US and the countries that were coming out of communism. It was a misrepresentation of what the company really was.

The religious group was known as a cult called the “moonies,” and it was part of the Unification Church. It was named after its leader Sun Myung Moon. They have many beliefs surrounding marriage and its importance in the return of Christ. As a religious group, they perform mass and arranged weddings. They hold many strict rules and beliefs over the relationships people have with others.

Barbara noticed the stream of new employees and started to question their association with the church. However, any questions she brought up were shot down and she was told there was no connection between work and church. She worked at the Global Economic Action Institute for two years before one incident made it clear she had to do something.

In her role as a fundraiser for this company, she was asking different donors to givehundreds of thousands of dollars to their organization. But as she was beginning to realize they did not know exactly where their money was going.  There was a lot on the line. If she were to take action she could be putting others in a bad spot as well.

Barbara hadn’t given the run-in with her coworker who was “doing electrical work” another thought after getting on the plane to meet with her boss. When she met the executive director for their first meeting she learned that he had gotten a call saying the office had been broken into.

She learned that some items from the office had been stolen, as well as the database. Barbara knew immediately it was the coworker who had claimed to be doing electrical work. She knew she had to do something.

She didn’t know exactly what the right course of action was, she didn’t want to be disrespectful to the church members involved in the situation. There was no doubt that she had to do something even though she didn’t want to get involved legally or personally with anyone.

She decided she needed to ask for help and advice and talk to someone. She went to one of her coworkers, the treasurer at the time, who was one of the few other people not associated with the church. Barbara explained the situation to her, feeling that she should know everything because as the treasurer dealing with money Barbara thought she should be aware of what was happening behind the scenes.

She also went to one of their biggest donors, an organization that had donated hundreds of thousands of dollars. She decided that it was important to ask them their thoughts on the situation because she thought it would be good to get help from outside the organization.

After getting the help and support she needed, Barbara went to the board and asked to be laid off so she could leave the situation in as undisruptive way as possible. She told her other coworkers, some of which took the same course of action once they understood what was happening.

Barbara reports that now the nonprofit no longer exists. The employee doing “electrical work” was trying to sabotage the company and their executive leader because of a riff between them associated with the church. The company was falling apart and dissolved completely after Barbara and a few others left.

In the end, she knew she had made the right choice in how she approached the situation: “we all felt equally duped but hadn’t wanted to press charges.”

How should we handle situations that are not illegal but still morally wrong?

How would a utilitarian have reacted to Barbara’s decisions? Would they have agreed? Did she make the right choice?

How should situations be looked at when things like religion are involved?