Rogue Chicken at U-32 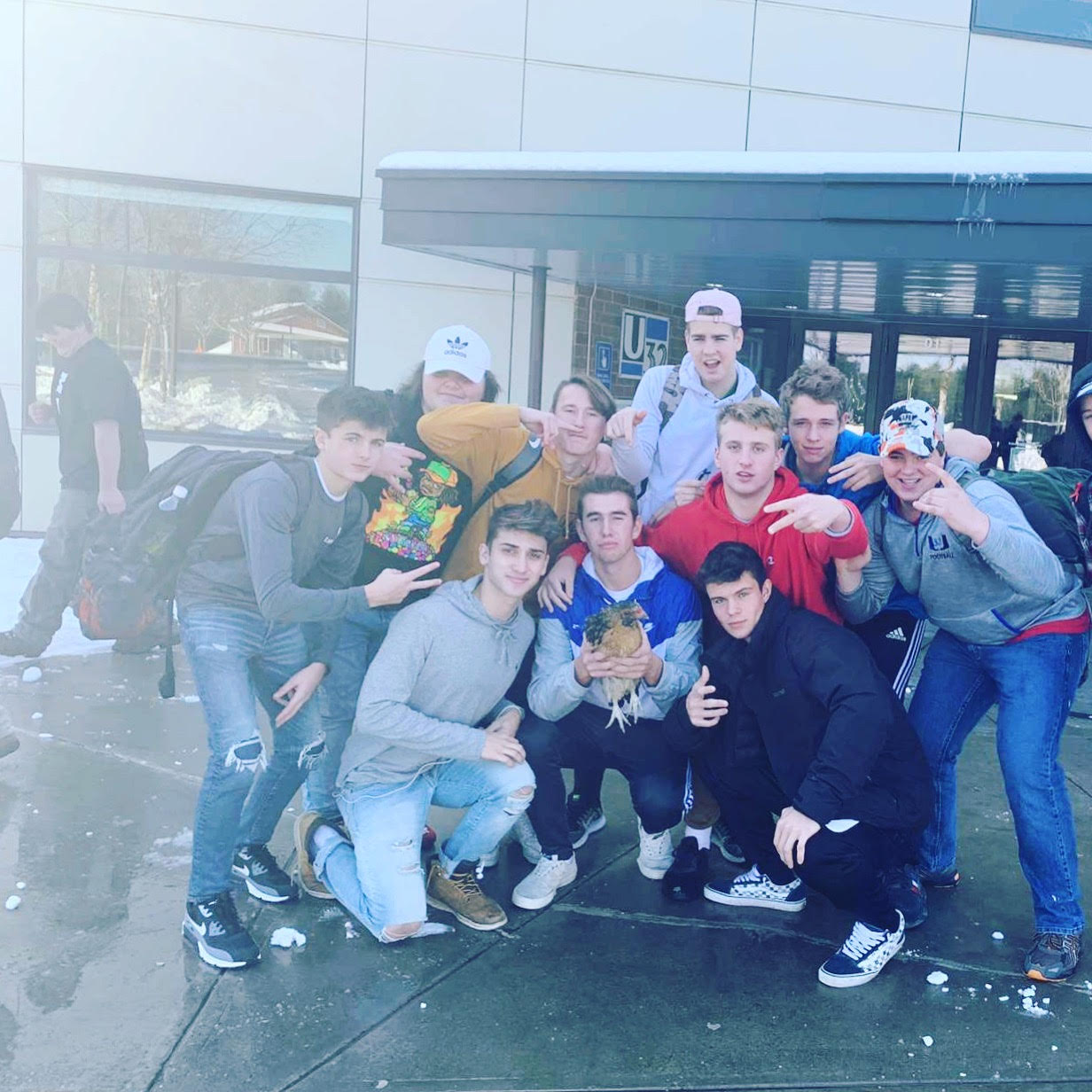 The chicken stood where it had never stood before, high above the ground on top of U-32 junior Payton Garibaldi’s blue Kia. The wild, magnificent South American Araucana hen made herself at home, plucking some of her black and rust-colored feathers from her body and getting rid of her morning’s breakfast on Payton’s Windshield.

There were two big questions that hung over the students’ heads.

Whose chicken was this?

Why was it here?

The following events, on Monday, November 25th, determined just exactly how this bird came to U-32.

Shortly after arriving to class, the reporter showed the image to a fellow classmate who immediately said “that looks like my chicken.” James Pacheco was determined that this bird roaming the cars of U-32 was his.

The chicken was the last of many hens. She had lost all her friends from the original group of chickens that she came with. The lone survivor chicken had seen too much to feel at home anymore. All her other friends had been slaughtered or picked off by foxes and weasels. The lonely chicken had been pecked at and bullied by all the new hens and she had had enough. So the lone chicken decided that she was going to escape the wrath of the other chickens by hitching a ride in an unexpected place.

On November 25th, the chicken coop was settled down. All the chickens were huddled together for warmth.  Except one.

James Pacheco’s day started off as any other normal day. He hopped in his truck at his home in East Montpelier and headed for school, driving along route two at around 50 mph. On any other day this would be normal but today, James had an unknown passenger riding along with him.

At first, James thought the chicken had caught a ride on the roof of his Nissan Truck. The truck happened to have a roof rack on top normally used for things like a kayak but seemed to be the perfect place for a chicken to hold onto. “It could probably cling to the roof rack,” James said. “She’s a pretty strong chicken.”

Long time U-32 chemistry teacher, Kathy Topping had a theory of her own. “I thought the chicken crawled up under the truck for warmth and gripped onto some bar under there,” Topping said. “And hung on for dear life.” We would later find out that Kathy was not that far off.

When James returned back to his class, he explained that a woman while in the U-32 parking saw the chicken and captured it in hopes to keep it safe. The woman happened to have a cat crate that she put the chicken in so it could not escape. James still hadn’t seen the chicken in person though so he called his parents to see if in fact there was a chicken missing from their coop.

James’s father told James that there was in fact a chicken missing from their house. So James went back to find the mystery woman with James’s chicken in a cat crate. When James walked back outside he found the woman tending to the chicken by her car. James explained to her the whole story of how this rogue chicken was actually his.

After a short conversation the lady handed James the chicken, inside the crate for him to take home once and for all. After a wild day in the U-32 parking lot the chicken returned home. The bird can also be seen on instagram featured in a post by a student at U-32.

In a later interview with Pacheco, we discovered that Kathy Topping had actually been correct. James discovered a long bar under his truck covered with chicken poop and feathers.

As James went home with his chicken in the back of his truck, he finally had a few moments to contemplate the last few hours events.  “I was trying to figure out what I was doing with my life up to that point that lead to me driving a chicken home in the middle of the school day” 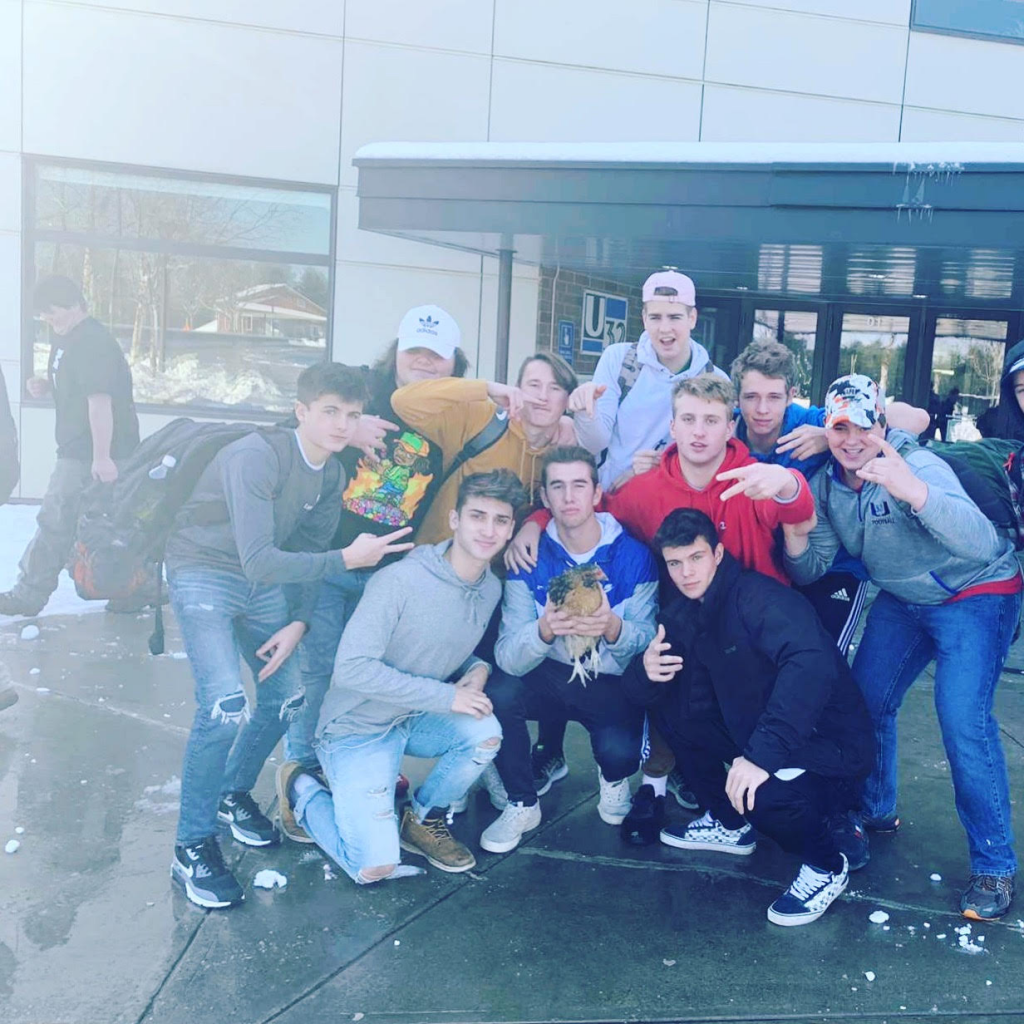