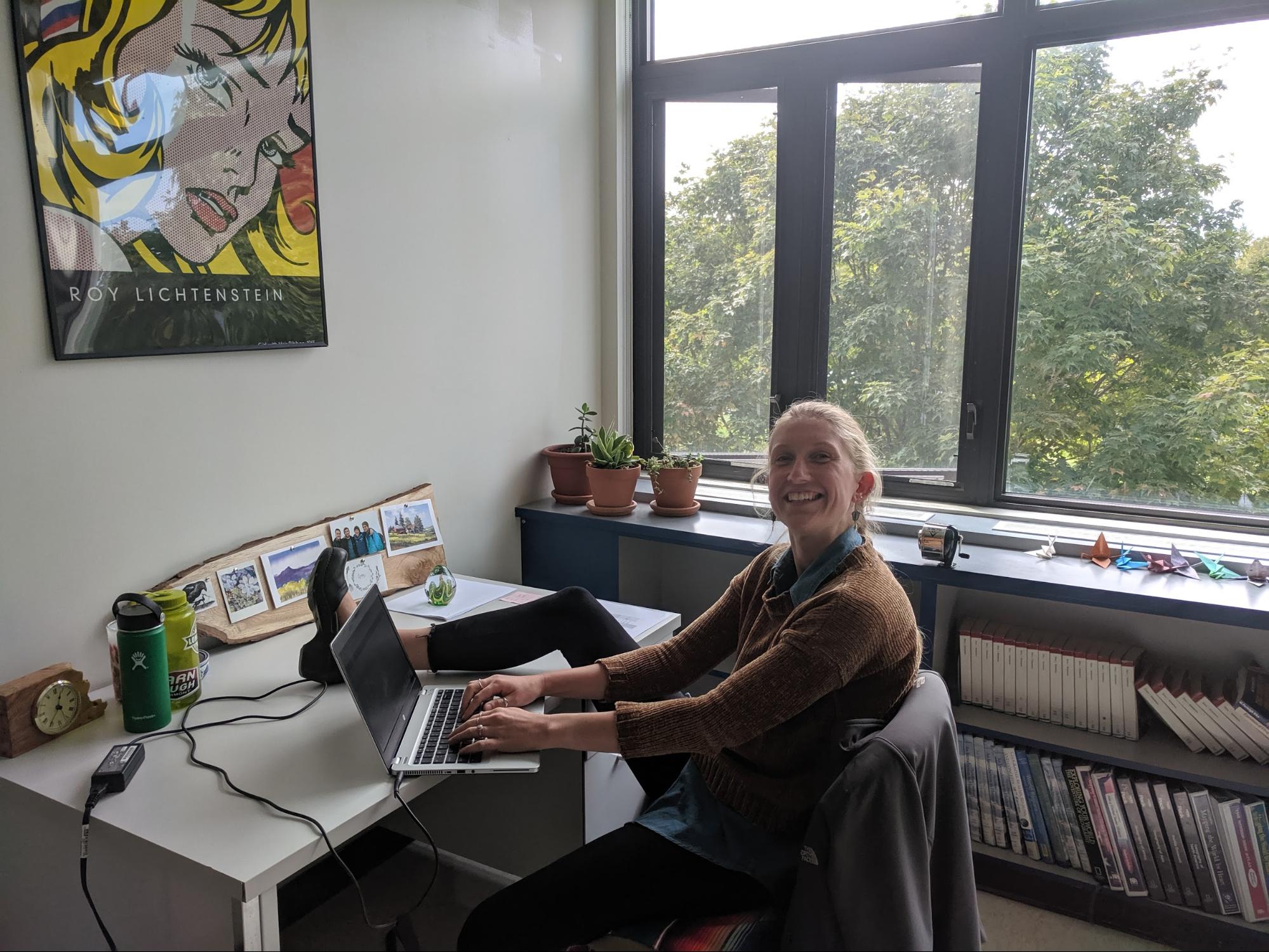 Anna Gerretson is Zach Gonzalez’s intern here at U-32. So far, Anna really enjoys teaching. Her philosophy is that “students call me on my bull. I like teaching because you have to practice what you preach.”

Before starting her teaching career, she worked as an intern for Bernie Sanders and said “it was one of the best experiences.”  One day, when Sanders came back from a Washington D.C. trip, she heard him yell from the back of the office,“Call the Burlington police, the candy jar is missing!”

“It was clear that he was kidding when he said that, but it was one of the best things I experienced working there.” says Gerretson.

Growing up, Anna and her mom moved quite frequently. She lived in Maine and Maryland for a few years before coming back to Vermont.

In high school, Anna participated in lots of extracurriculars, including theater. One of her fondest moments was in her Junior year when the one-act play she performed in went to states. The play was called “Tracts”.

“It’s about a no exit situation. People are trying to figure out why they are there and how to get out.” Anna played the layer and she enjoyed it very much.

“It was the first time and only time we ever made it to states,” Gerretson said. “It was a very exciting moment for everyone.”

After high school, Anna moved around a little and then started working at Acting Manitou (an acting summer camp) in Waterville, Maine for a few years. “Working there definitely influenced me to want to start teaching, it was such a wonderful experience.” she said.

Anna enjoys spending her weekends hiking and spending time with her fiance. They have a special humor between each other about finding gold: “prospector humor.” Sometimes when they go hiking, her fiance will take a pictures of her and edit pictures of ghost gold diggers into the background.

Walking in the woods they call to each other: “There’s gold in them there hills!” 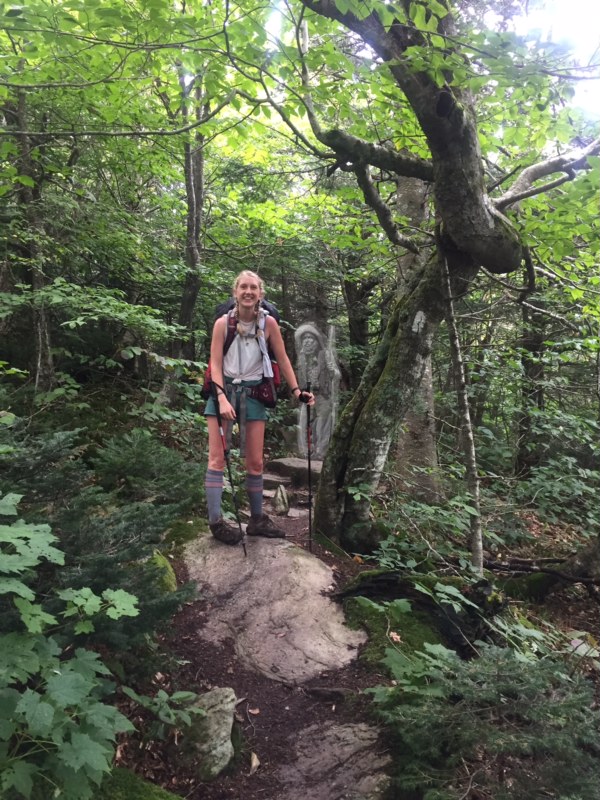