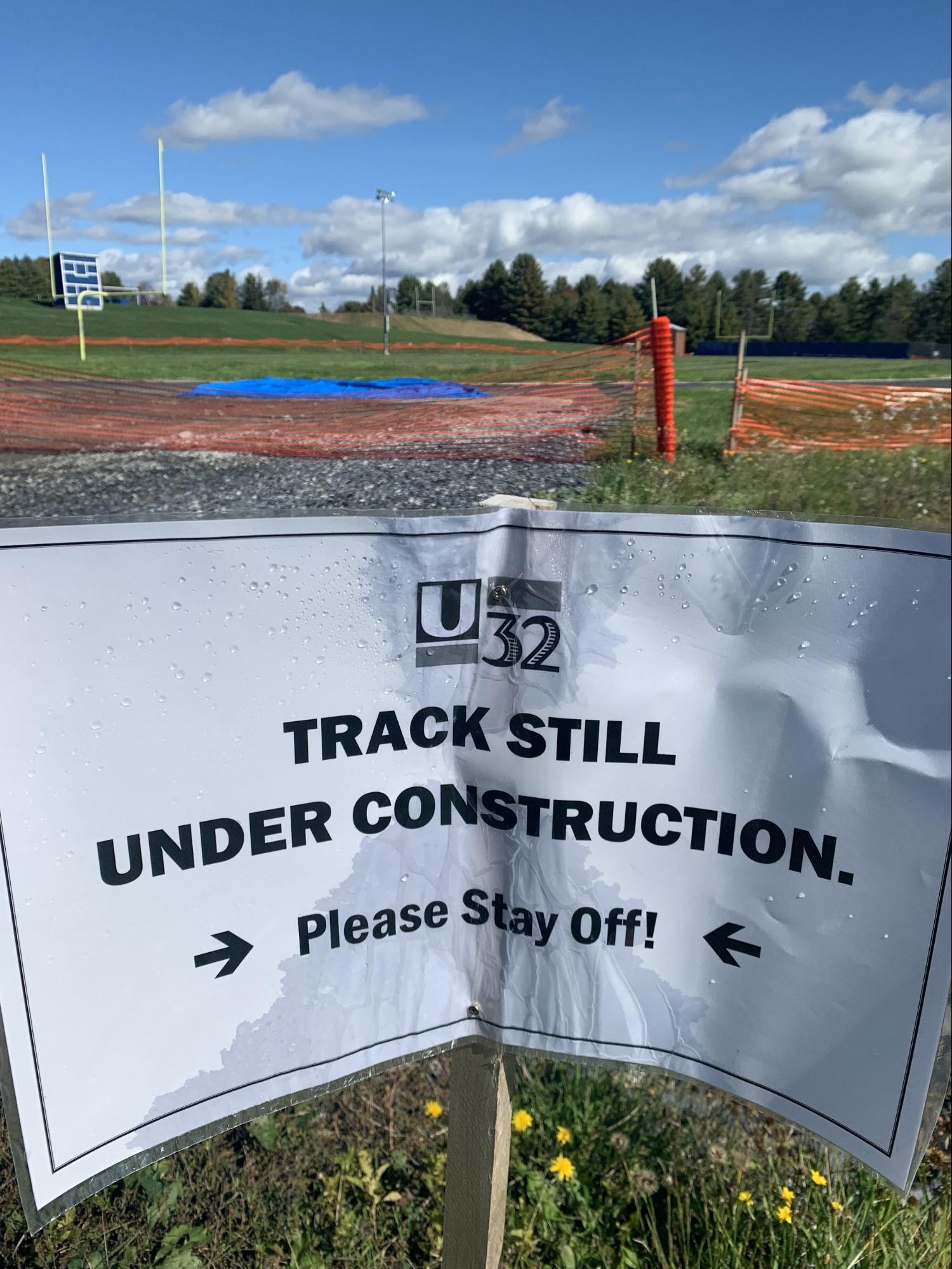 It was about a year into the new track project before anyone at U-32 knew the track was going to be red.  The contract for the track is 395 pages, bound in a bid book that’s about an inch and a half thick. The color was only mentioned in tiny print on one line, on one of the last pages.

By the time U-32’s administration learned about the red track they couldn’t change the color because it was too close to the date that Conica, the subcontractor hired to finish the rubberized surface for the track, was supposed to come, and Conica didn’t have black material. Now Conica’s not coming till May. U-32 should be able to get a black track after all, but now the track team may not have a place to run for the beginning of their season.

U-32’s million-dollar track project has taken some twists and turns. Though some of the rumors among students are unfounded, there is still some uncertainty about what it all means for next spring.

There has been a lot of talk about the track amongst students at U-32. On a recent day in the Senior Lounge students shared their opinions.

One student voiced a common view.

“I think the track is a waste of money.”

Others complained about spending money on the track when the math white table position and other positions were cut:

“We want Jim back”

“I thought we had to fire people, for the new track”

In fact, U-32 has been planning the new track for about 5 years. Each year the school maintains what’s called a “capital fund,” which is spent on maintaining U-32’s facilities. This summer the capital budget was spent on three projects. The track is the big one, however, U-32 also replaced the vent hood that goes over the ovens in the kitchen and replaced the elevator in the atrium.

For years U-32 hasn’t spent the full 500,000 dollars that is in the budget. U-32 administrator Amy Molina has a major role in overseeing the track project.

Another rumor was that there was no reason for the track to be replaced.

“The hard part about the track was that it looked like it was fine,” Amy said.  “but it really was not.”

A company came and took core samples all over the track. Steven Dellinger-Pate, U-32’s principal said that  “In some places the track was fine, but in others there was no support under the rubber.”

This was happening because the drainage under the track was not set up right. Amy Molina said that our campus is placed on top of a lot of clay, making it hard for drainage. Water runoff was flowing under the track and washing out layers, making the track hollow in some places.

Putting in a new track isn’t as simple as it may sound. Because of the damage to the old track they had to put drainage rocks down so the new track won’t end up like the old one. Then they had to pave over the rocks that were placed.

Then came the waiting game.

After they put they pavement down they had to wait for the oil in the pavement (petroleum) to rise to the surface and be washed off by rainwater or the sun to dry it up. If they didn’t wait for this to happen, the rubber layer wouldn’t stick to the pavement.

From start to finish, the rubber being placed will take a total of 21 days, and they can’t put the rubber down if it’s below 40 degrees or if it’s raining, which is a problem in Vermont in October. Due to the weather Conica will not warranty the track if they came this month.  Making it so they won’t be able to finish the track till spring of 2020.

The track being put in later means the track and field team will not be able to run on it until it’s finished. On the bright side, football and soccer teams can start playing their games on the field, something that the seniors were not going to be able to do.

“It sucks,” sophomore track runner Quinn Olney said, “but in the long run it will be better for the people that use the track.”

For more information about the track check out the Times Argus article: