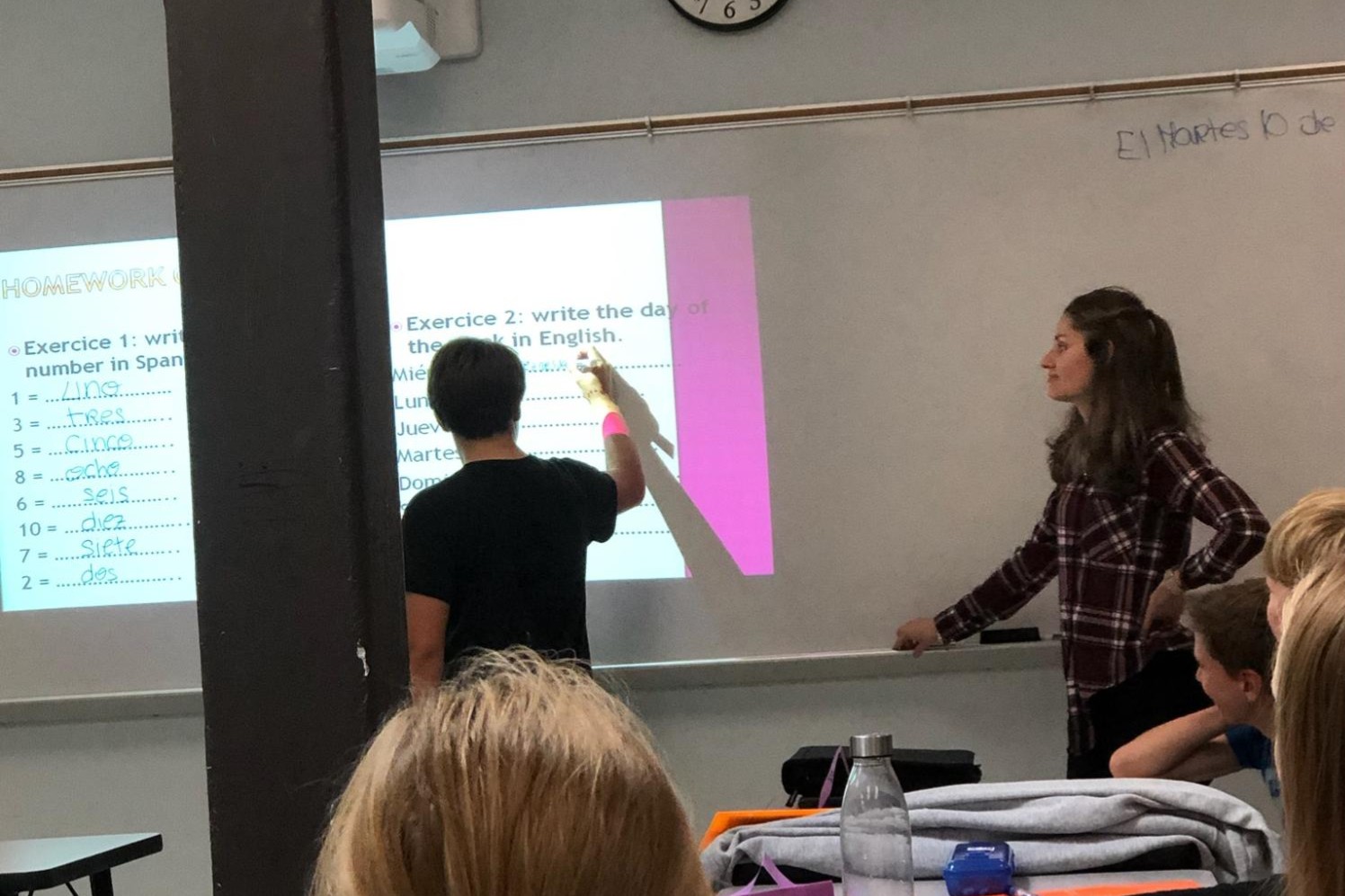 Editor’s Note: New Faces is an annual series on the Chronicle in which we introduce new members of the U-32 staff. Charlotte Pitone is the first of the 2019-20 school year.

On a recent Tuesday, Charlotte Pitone was reviewing material with her 7th graders for their upcoming quiz. She stood in front of the room smiling. She started class by having them count up to 10 in Spanish, whipping around the room. The students were eager for it to be their turn. Next, she had them volunteer to go up to the board and spell the number out. Most of the kids were jumping out of their seats and waving their arms.

One kid shook his head, smiled and said, “The only thing I know how to do in Spanish is count to 10.” 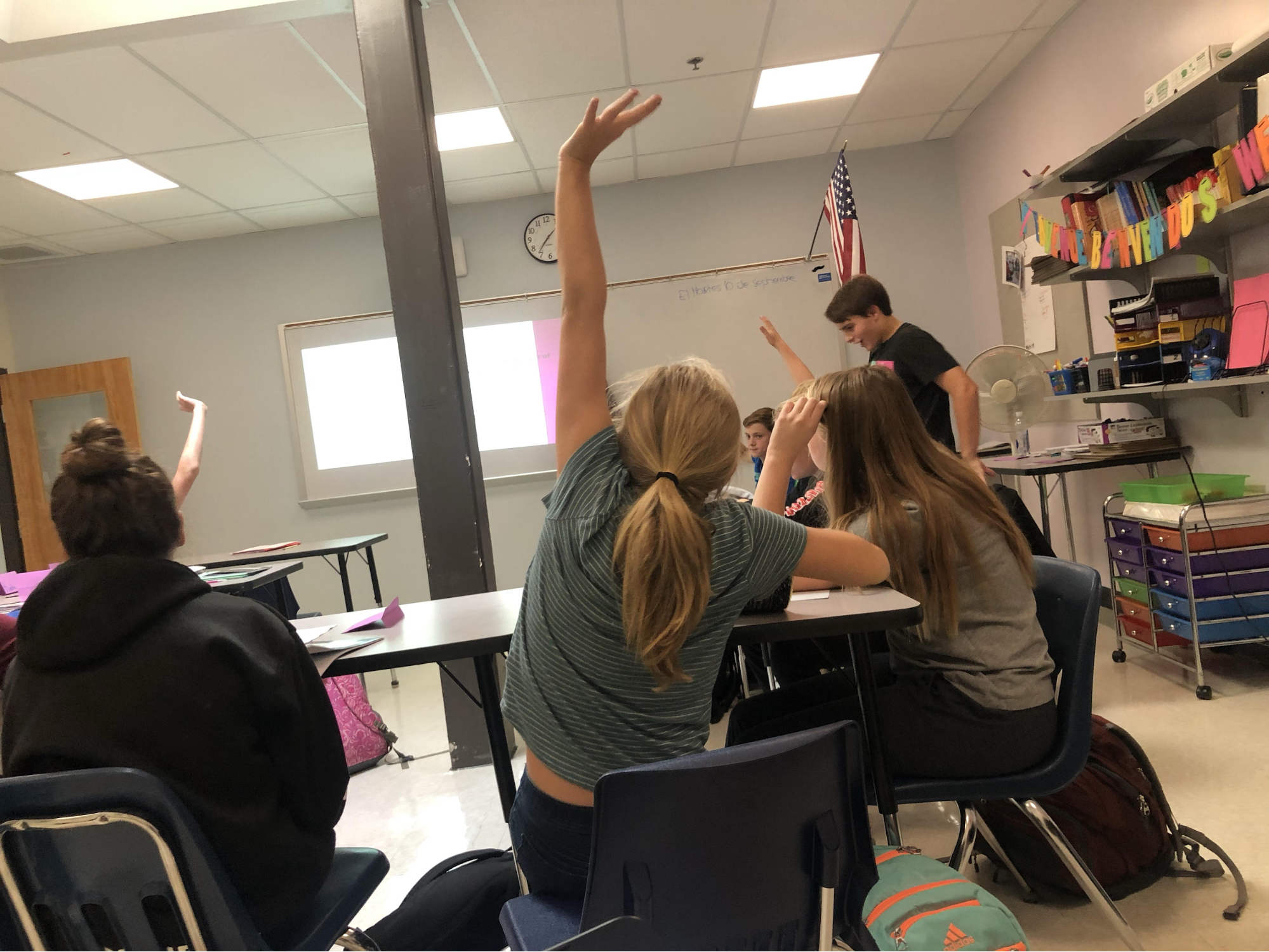 Charlotte Pitone is a new Spanish and French teacher here at U-32, taking over for Colleen Dunn.

Charlotte Grew up in France, but every summer Charlotte had the opportunity to visit her grandparents in Spain, who were both teachers. They are the ones who inspired her.

In high school, Charlotte was very serious about school, always quiet and paying attention. She played basketball, volleyball, track and field, and would go to the swimming pool, but sports were not as popular in France when she was in high school as they are here.

Charlotte’s little sister just moved to Montreal, but the rest of her family still lives in France.  Charlotte loves being outside. She goes for a walk every day and hikes on the weekends. She also loves to cook and especially to bake cakes.

Charlotte met her husband, a Michigan native, in Spain while he was doing a semester abroad and she was teaching French. They had friends in common. At first they had to communicate in Spanish because Charlotte could not speak English. Now, she and her husband speak English and have lived in Vermont for two years together.

Charlotte started teaching about five years ago. She taught at Rice Memorial High School most recently before coming to U-32.

One day a student asked, “Charlotte, can you speak English without an accent please?” Charlotte was amused: the student thought she was using the accent on purpose.

Her passion for the language is infectious. She understands that learning a new language can be uncomfortable.

“I try to tell them to try and even if you make mistakes it’s fine,” she said. “It’s really the way you learn the language.” 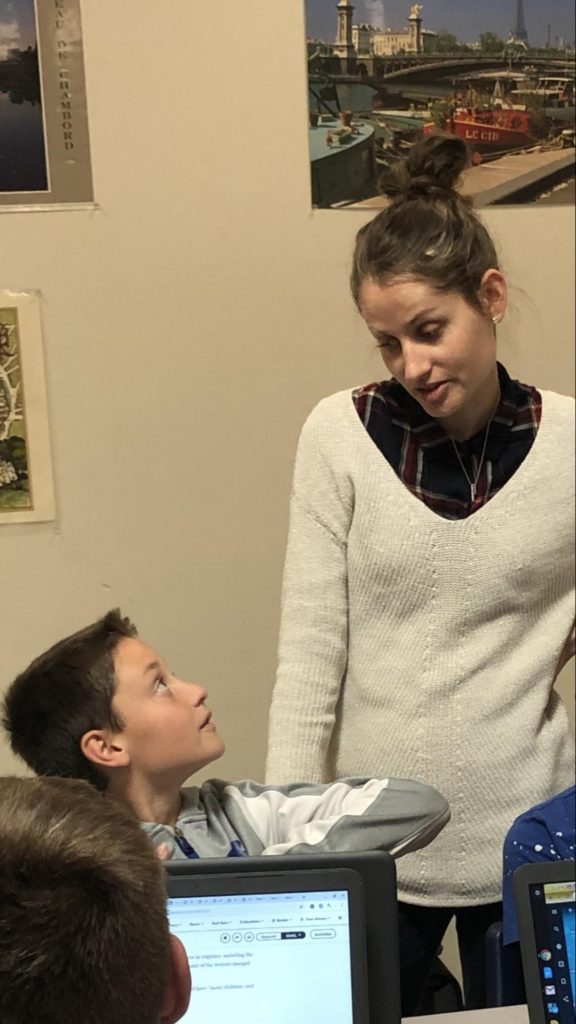