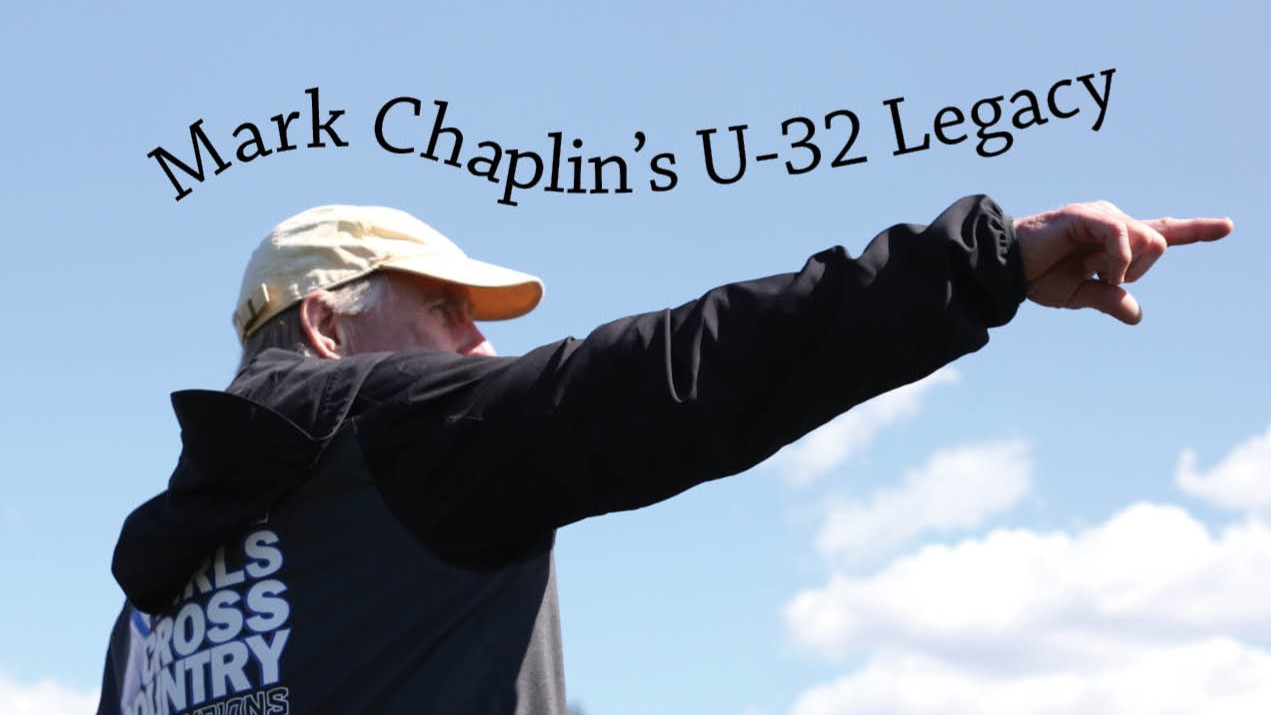 This article is the first of three of the Legends series.

At the first few track practices of the season, Mark Chaplin shows his athletes how everything is done. “You have your lead leg, and your trail leg,” he says, motioning to the hurdles lined up in the gym. He shows the motion, hopping over the first hurdle.

“You need to have your arms moving with it too,” he says. “Someone show us how to dab.”

“Show us how to do it, Mark!” the students say. He does the arm motion, and they burst out laughing.

It’s a funny action coming from someone 50 years the students’ senior, but it’s just Mark being Mark.

Like the kids he coaches, Mark started running in high school.

“My coach in high school would come out and meet with us while smoking a cigarette,” he remembered, “and then walk back into the teacher’s lounge and hang out there for an hour or two while we ran.”

When he arrived at college however, things changed.

“We had this med student who was with us as our freshmen cross country coach,” he said, “and it was the first time I had ever had a coach that actually ran with us.”

“I couldn’t believe it! It was life changing. And so I said, ‘I want to be that coach.’”

It was a pivotal moment in Mark’s life and a first step towards becoming the revered coach he is today.

Mark is known for his approach to both teaching and coaching; he’s there to help, but if you’re not willing to learn, he’s not going to wait around for you. Many students and athletes like that style, because it helps them to become accountable for their learning. Mark has the resources there for them, but it’s up to the students to utilize them.

“He’d be like, ‘alright, we’re gonna run ten miles today’ and he would take off,” said U-32 alumnus Elias Gardner (‘05). “He didn’t look to see if you were following–sometimes we did, sometimes we didn’t–half the time, half of us would just go run off in some other direction. And we’d try to do ten miles, but we also would do a lot of goofing off. It was just that freedom that he’s there, and he’s going to work with you, but he’s also not going to force you to do anything. I really appreciated that.”

“I have fond memories of Mark celebrating my speed in the 50-meter dash sprint—an uncommon sprint distance—that he organized for track practice,” reminisced Molly Carkeet, class of ‘09. “Pit against my faster friend, Ellie, in the 50 meter race, I would often finish first. Mark would celebrate my victory as if it were his own.”

Mark didn’t start out with the intention of becoming a teacher. He began at Dartmouth College, where he was pre-med. When he was applying to medical school, he interviewed at the University of Connecticut and the interviewer asked him a question. He had noticed nothing on Mark’s resume was related to medicine, so he wondered why he wanted to be a doctor.

“I tried to answer, and I said ‘you know, I’d kind of like to be a pediatrician because I like to work with kids,’” Mark said.

The interviewer told Mark that it seemed like he wanted to be a teacher.  He thought about the interviewer’s words the whole ride back to Dartmouth. When he arrived back to school, he went over to the education department and found a flyer on the wall for an 18-month master of arts and teaching program at the University of New Hampshire.

“It sounded really good; 18 months–three months on campus, summer and then a whole year of student teaching at this wild and crazy new-age school,” he said.

“Well, the wild and crazy place that had just opened their doors was U-32.”

Mark arrived in the fall of 1973, ended up staying, and has been teaching kids ever since. 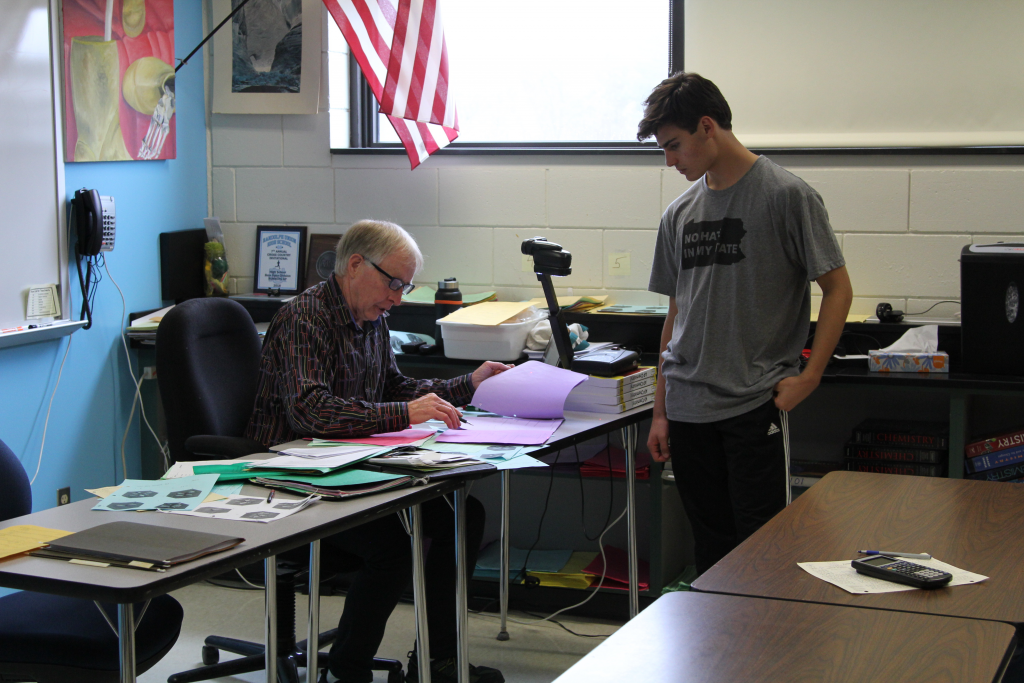 Back in the day, U-32 was widely known as “The Zoo”. There were not as many walls separating rooms and things could get a little hectic. Heather Bolduc, class of ‘82,  remembered the days of a more open floor plan, and how Mark was able to always keep the class’ attention.

“You had to be a very special teacher to get the attention of teenagers when they’d rather be going elsewhere and doing other things,” she said. “He helped me by teaching me the ways you should study, that class can be fun, and that you can learn and have fun at the same time.”

Running came easily for Mark–it was an activity he knew he loved. Skiing, however, was a different ball game. The long-time Nordic coach had left the position, and U-32 was trying to find someone else to take the helm. The school hired another man for the job, but it didn’t work out.

“The athletic director at the time asked me if I would coach the sport,” Mark said. “I said, ‘well, I don’t actually know how to do the sport!’”

Before Mark arrived on the Nordic-scene, the athletes at U-32 were driven around to other areas to ski.  Mark agreed to coach the team, under the conditions that he was taught how to ski first and had trails at school for the kids to ski on.

In the years since the first ski trail was groomed, the program has developed into one of the biggest in Central Vermont. This past winter, both boys and girls Nordic teams took the state trophies.

Mark’s coaching technique has stuck out to many athletes at U-32, past and present. Currently, the U-32 boys track and field team is the 6-time defending division II state champion team, going for their seventh straight trophy in June. The cross country team won their third straight title last fall.

What’s the philosophy behind Mark’s success?

Next in the series: Joanne Greenberg