Calling In, Instead of Calling Out 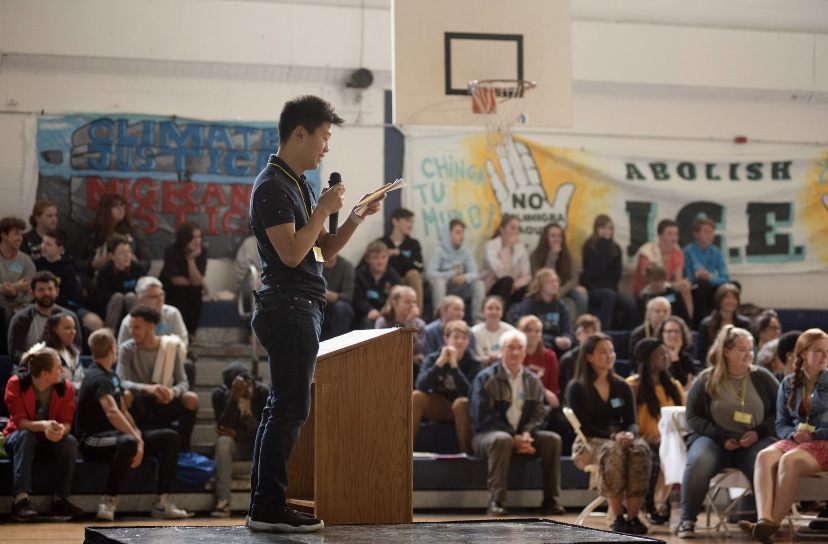 On Wednesday, May 29th, Randolph Union High School invited 20 schools to come to their Conference of Vermont Schools Against Racism.  There were speakers talking about their experiences and workshops focused on how to respond to racism in school. One workshop in particular talked about how to respond to teammates on sports teams when something racist has been said.  U-32, like other schools in Vermont, lacks diversity. The biggest problem in the locker room is when a song comes on with the N word. The students of color look around the locker room to see if their peers say it or not.

“I think that saying the N word is awful period,” says Aiden Hawkins. “Even though its in a song, I don’t think that you should say it, because there are just some words you shouldn’t say.”

Brian Divelbliss is the head coach of U-32’s football team. He recalls a time when it was brought to his attention that someone had made a joke about someone’s intelligence because of their race.  “It’s a big deal.” Brian says. “As the head coach I am in charge of the climate, and the program.” Brian cannot hear and see everything that happens with his team, but when it is affecting players he explains that “I don’t tolerate it, because it breaks families apart.”

Dame Lee struggles with what to do when his teammates are saying the N word. Dame recalls a time when his brother Devante stood up, and said something to someone who said the word. And the student responded with, “Well, I have the pass” (meaning a person of color gave him permission to say the N word).  “It’s kind of hard when there’s only 3 of us and 30 of them,” Dame says.

Devante Lee went to that workshop and said,  “It was pretty cool to me to see mainly students of color, and other mixed kids.” Devante has had many run-ins in the locker room where his teammates have said racist things, and has struggled with finding the right way to confront them. At the conference he learned a new strategy:

“Instead of calling them out, call them in and discuss the impact of what happened.”