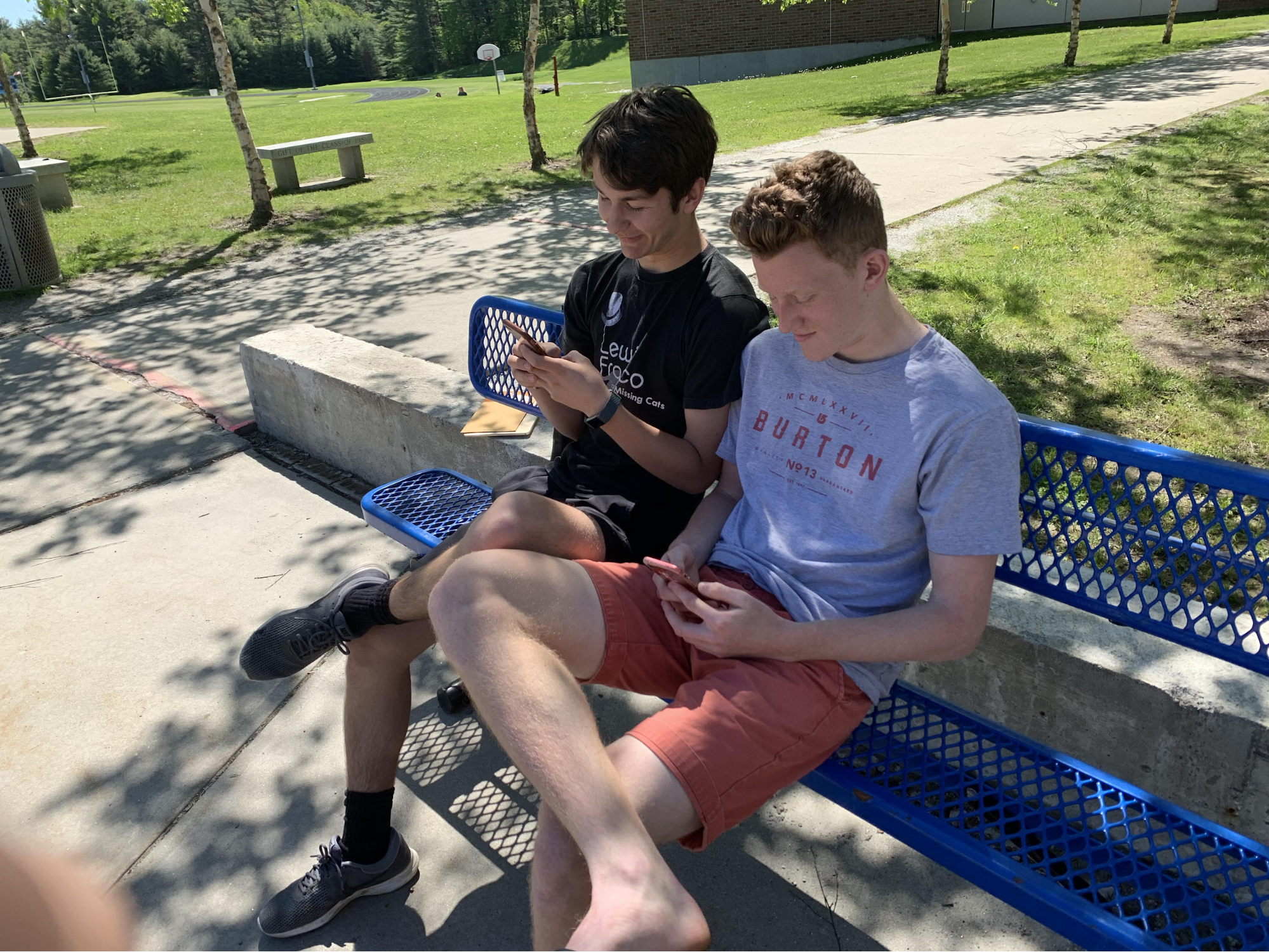 It was the championship of the first ever inaugural clash tournament. The boys were huddled around the sofa, while Adios’s (Trevor Patterson) eyes stared intently at his phone screen. Screams of joy and terror erupted, as Adios inched closer to taking Koobs’ (Kolby Tanner) princess tower in extra time. Eli Oliver, who thought he was just having the boys over for a little get together, was blown away by the concentration. He couldn’t help but listen in.

“Clash Royale,” a tower rush strategy game founded by the Finnish development company Supercell, has taken the U-32 student body by storm. About two years ago, Adios, U-32 senior Trevor Patterson founded the “OOP$” clan, which started out with five members. Now, there’s just shy of 50. These participants range from freshman to seniors and everything in between. Everyone’s included, everyone’s engaged, and most importantly, everyone is having fun. Some players, including JordanTheGoat (Jordan Hawkins) and Señor Smabo (Max Sabo) are rumored to have spent up to 200 dollars on the game. JohnnyPrincipal (Steven Dellinger-Pate) joined the clan.

How the game works:

Clash Royale is an online game where the objective is to play “cards” that spawn troops with different abilities in order to destroy opponent’s towers over the span of 3 minutes. If both you and your opponent have destroyed the same amount of towers when the time limit is reached, a sudden death overtime lasting one minute ensues. 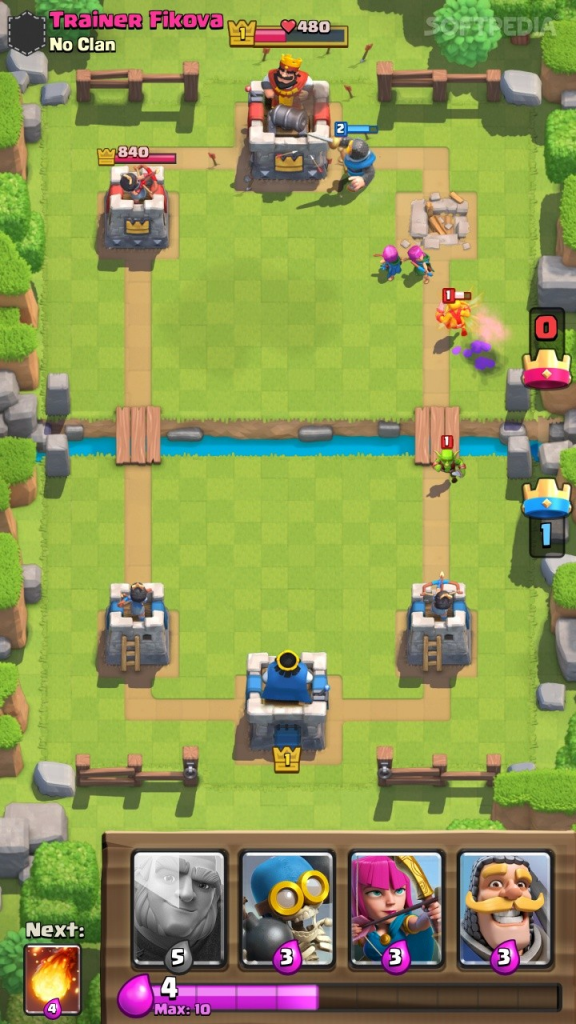 There are two main game modes, 1v1, being you against a single opponent, and 2v2, where it’s you and a teammate against two other opponents. The way that the game measures a player’s skill level is through trophies, which you can gain or lose depending on the results of your online match. As you gain trophies, you move up into new arenas, play more experienced opponents, and unlock new cards.

Clash Royale also has the feature of friendly play, which allows you to play against friends of yours met both in person and online. These matches don’t affect your trophy count, but are crucial to gaining bragging rights against familiar opponents.

To truly measure the impact that Clash Royale has on students’ lives here at U32, I spoke with senior co-leader, Basil Humke, also known as B Blaze on Clash Royale.

“My brother, also known as “Lil Pig,” is an avid clasher as well. Many times Pig and I are just chilling at home- say, we’ve just gotten home from school,” Blaze said.

“The Pig says, ‘I made a new deck, hit me.’ Then I beat him ten games in a row. That’s one way it has affected my home life because I’ve had to embarrass my little brother on a regular basis- which is hard to do- I have a hard time living with myself.”

One of the main events that takes place in the OOP$ clan is a single elimination tournament with the top 32 Clashers in the clan. A new tournament takes place every month, so that those who were short of qualifying for a tournament on the previous month still have the chance to qualify for the next one. The top eight finishers are elected co-leaders of the clan, and the winner is elected leader. Some might say qualifying on it’s own is a monumental success in a clan as talented as OOP$.

“The tournament brings out the best not only in the individual players but in the competition itself,” Smabo said. “The spectators really add another element to it. And, given the equal playing field, there’s really always room for underdogs and upsets which makes it that much more exciting.”

The most recent tournament ended with the #1 seed Oops, also known as Joe Franco bringing home the hardware. 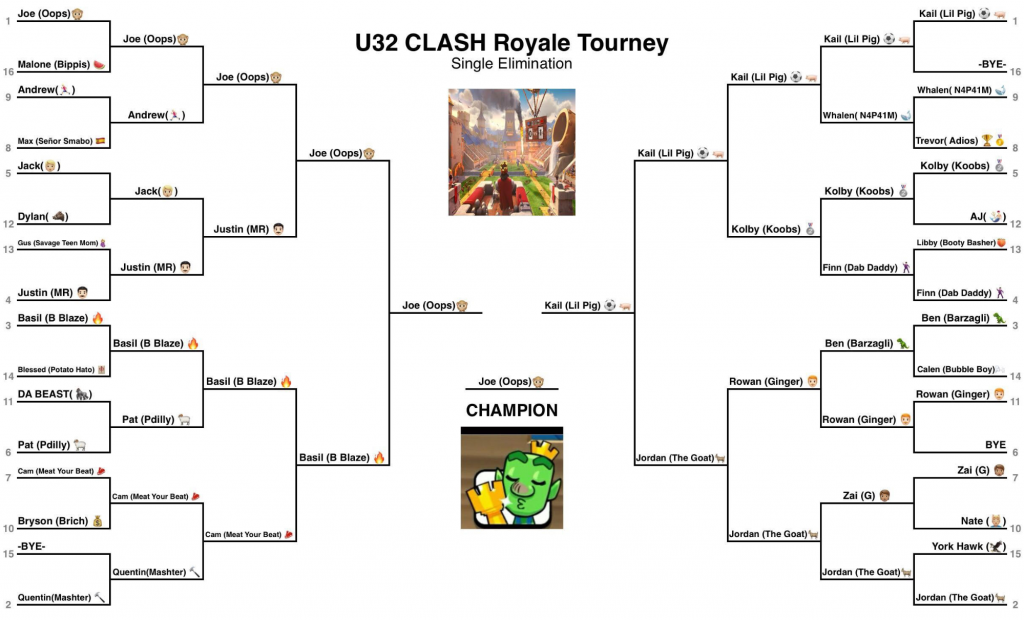 “As school’s wrapping up everybody is looking for hobbies to spend their time on, and Clash is really something people should be checking into,” Oops (Joe Franco) said. 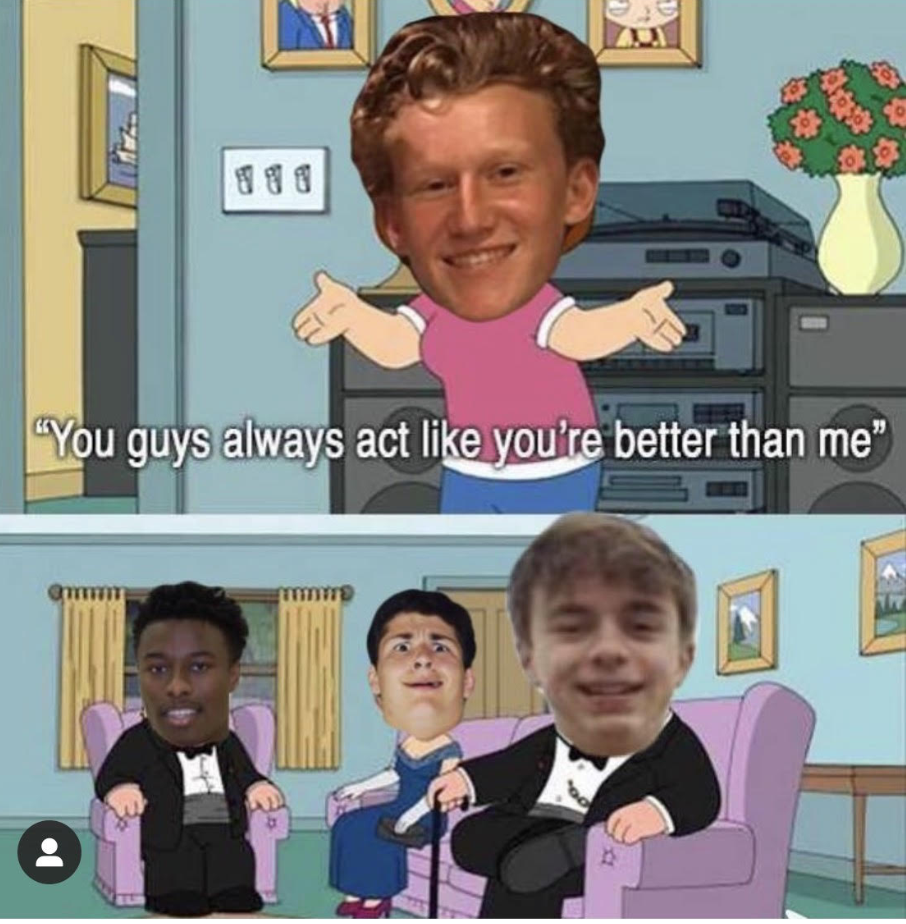 The OOP$ clan is always looking for new members. Just type “OOP$” in the search bar under the social page and request to join. Also, feel free to follow the OOP$ instagram page @oopsclashmemes for quality antics.

Early on in the tournament there were a few notable upsets, with the #11 seed Ginger (Rowan Williams) ousting the #3 seed Barzagli (Ben Bazis) to advance to the semi finals. The #9 seeded N4P41M (Waylon) also dropped off the defending champion Adios (Trevor) in the preliminary round. The #7 seed Meat your Beat (Cameron) also took down the #2 seeded Mashter (Quentin) in the quarter finals as well.