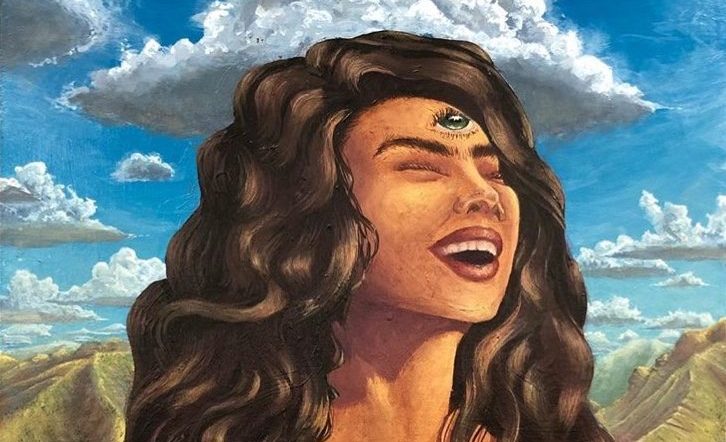 It was the Winter Art Bash of 2019 and Izzy Poulson was sitting in the atrium corner on the outside of the library where her paintings and pottery were on display. Headphones in her ears and paintbrush in her hand, she tunes out the sound of the performers across the atrium and focused on what’s in front of her: “Laughing Woman”.

Izzy first got the idea to paint “Laughing Woman” on a plane ride back from El Paso, Texas. It took about a year and a half to finish.

The painting is a way for her to connect back to her roots. Izzy is Mexican-American and her family on her mom’s side are all artists. Her Tata told her, “you have to be proud of where you come from, you can’t really let that go especially since you’re only half. You’ve got to express it and embrace it because it makes you who you are as an artist and as a person.” 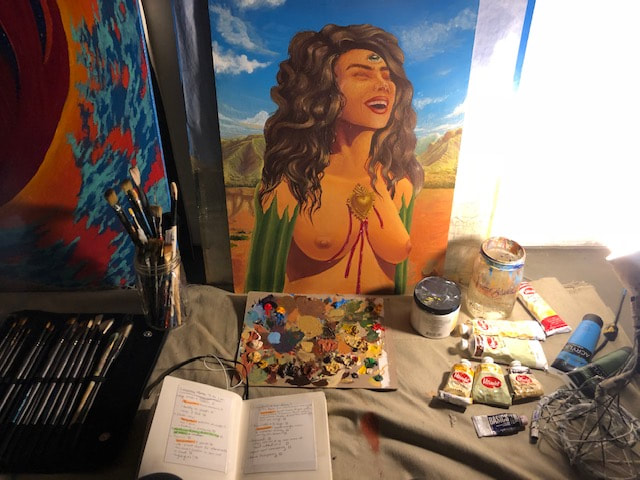 The original idea for the painting was that the woman would have her shoulders pushed forward, her chest caved in, and would be looking up with her neck, but after sketching it out, Izzy realized that she wanted a more relaxed look. After she figured out the positioning of the woman, the next step was to find the right skin tone, this was her biggest hurdle.

“I eventually figured it out,” said Izzy. “She’s going to have a purple undertone that’s gonna go in the shadows, she’s going to have like a yellowy-red in the normal, unshadowed skin, her highlights are going to be Naples Yellow and Unbleached Titanium.”

The second hurdle was the background, which she got lots of help with this from her painting mentor, Meg Scherbatskoy. She decided on hills in the back and sagebrush and ocotillo for the greenery. 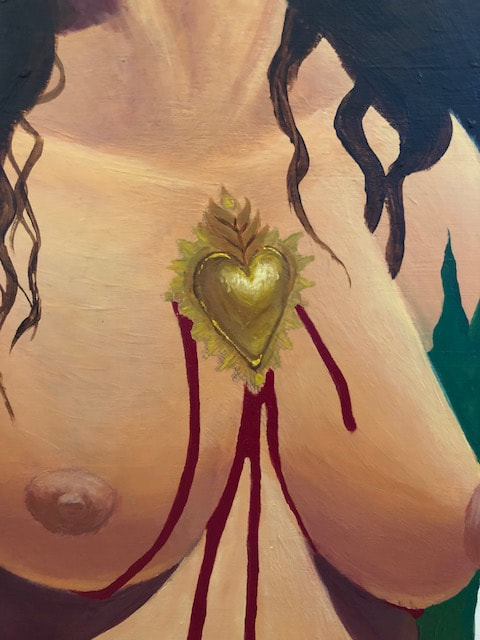 The milagro on the Laughing Woman’s chest.

The milagro (a small object, frequently an ornament or piece of jewelry, representing the subject of a petitionary prayer) on the woman’s heart is symbolic of her background: “I remember always seeing milagros in all of my Nana Gloria’s paintings, [and] I see them in her pottery,” said Izzy.

The cactus arms in the painting connect the woman to the landscape. She explained how it represents “remembering where you come from, the fact that there are different environments in this earth, and just being a part of the land and vice versa.”

Most people who look at this painting don’t see past the fact that the woman is topless. For Izzy, the choice of the positioning of the woman means much more.

“Looking up and having your chest completely exposed, that’s part of the confidence of being a woman, being Mexican-American in the United States,” Izzy said. 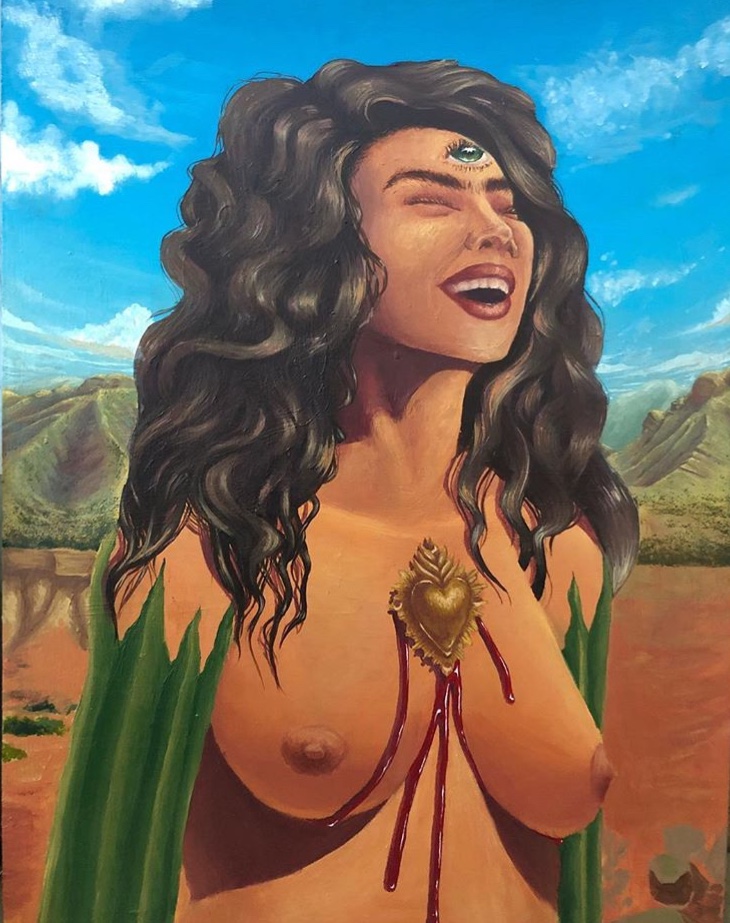