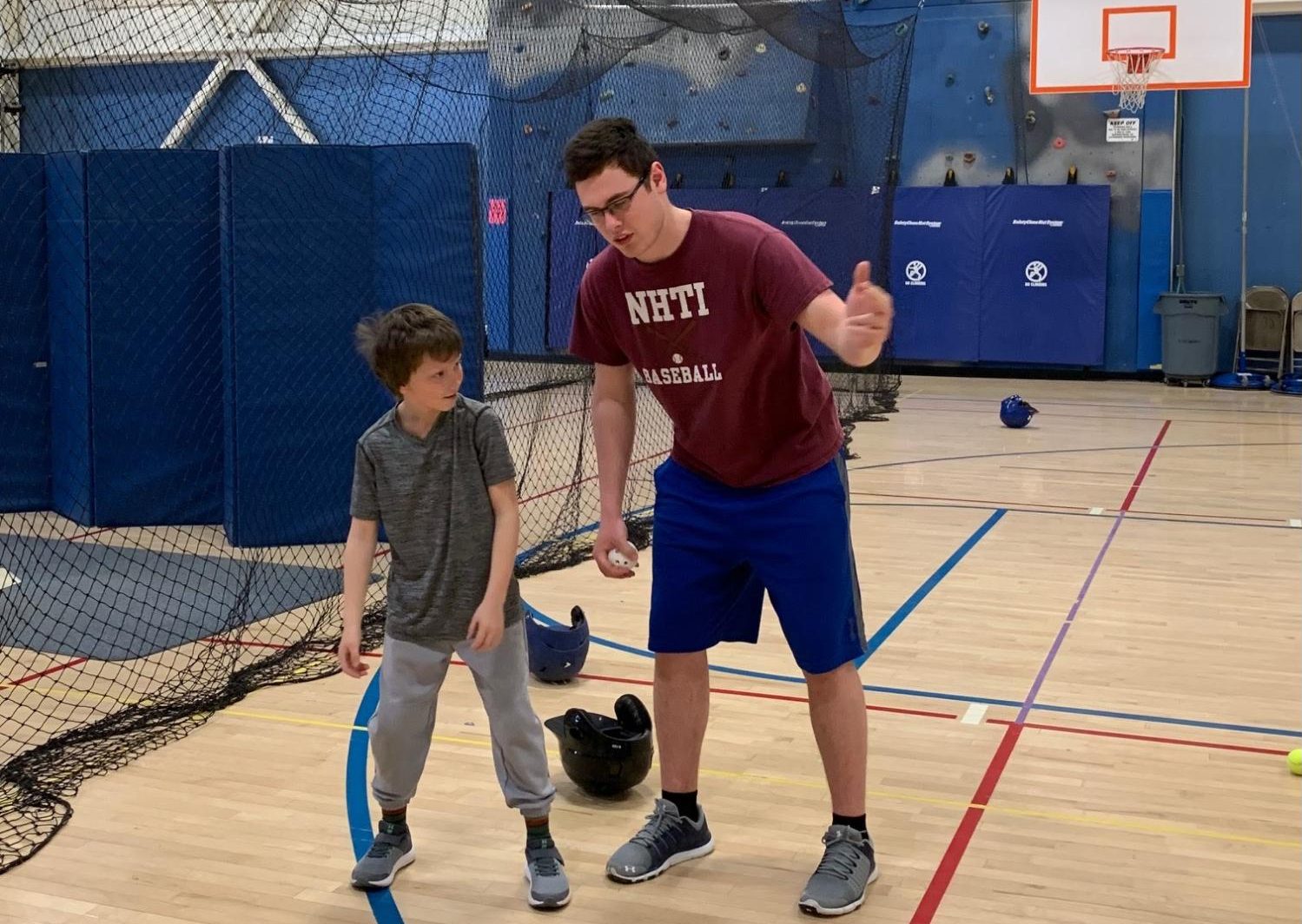 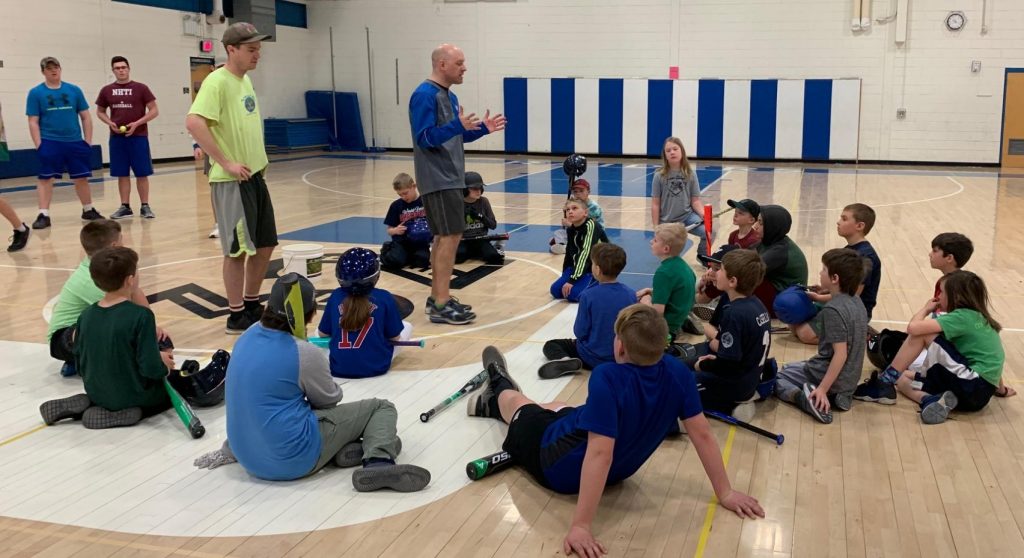 On a recent Saturday morning, kids from East Montpelier Elementary School flooded the U-32 Gymnasium. There were seven stations set up with batting cages, tees, and plates. A group of players on the U-32 Baseball Team split up and facilitated each of the activities, offering encouraging advice to the kids in their stations. Music was playing in the background, and the coaches floated around to help out when necessary. 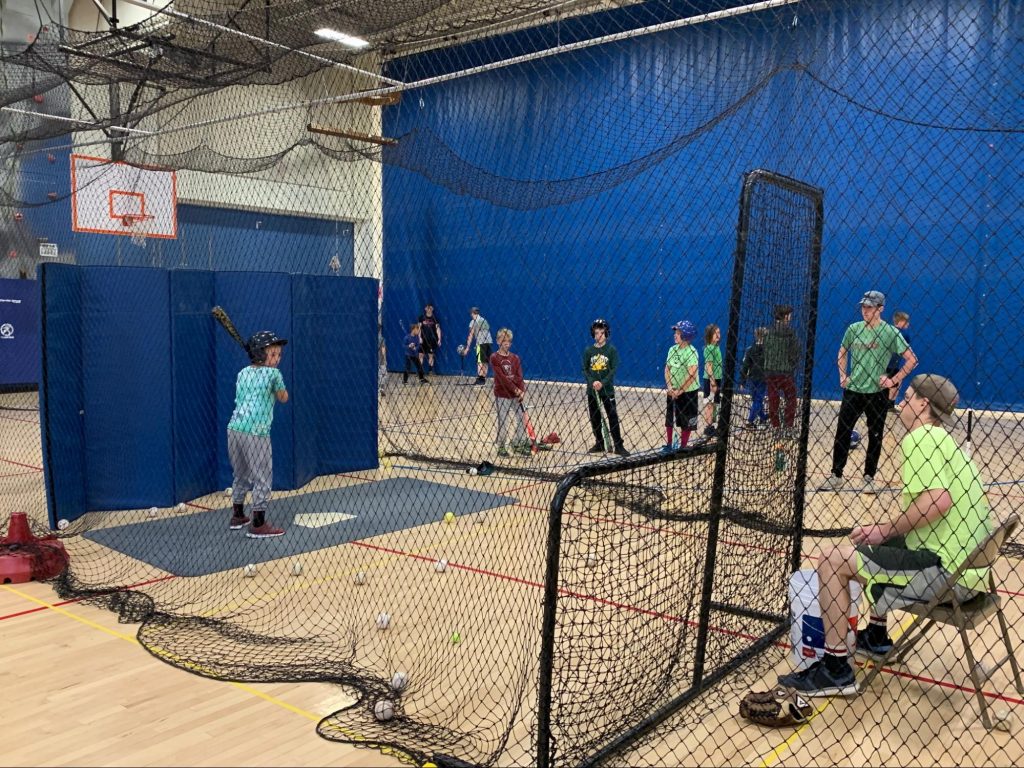 As of a few years ago, the U32 Baseball Team has transformed from a bottom of the pack club to a perennial contender. What’s changed? First and foremost, a new coach has stepped in to lead the crew. Geoff Green, a U-32 High School social studies teacher, was a four-year catcher at Skidmore College.

A key element to Geoff’s coaching philosophy is long-term player development. Through the first few weeks of Spring training, the team depth is a positive sign heading into the regular season. The roster has upwards of 25 players, which is the most the Baseball program has had in years.

“One of the things that’s most exciting coming in as a first-year coach is having a strong group of younger players in the program in addition to the returning upperclassmen,” Geoff said.

One of those younger guys is Sophomore Owen Kellington, U-32’s most prominent pitcher. In his freshman season, Kellington had two home runs, 23 RBI’s (Runs batted in), and 74 strikeouts. Going into his second season, his hopes are to have a below 1 ERA and to get on base 70% of his at-bats.

Another one of U-32’s standout players is senior, Owen Guthrie, a two-sport athlete who just finished a strong senior season for the Boys hockey team. The six foot, 195 pound Guthrie is known for his hitting game, but also plays the role of the shortstop, a position that has a lot of responsibility. Guthrie is responsible for handling pickoff moves, stolen bases, and communicating with the catcher, pitcher, and the outfield. Guthrie hopes to stay under five strikeouts on the year to polish off his career here at U-32. 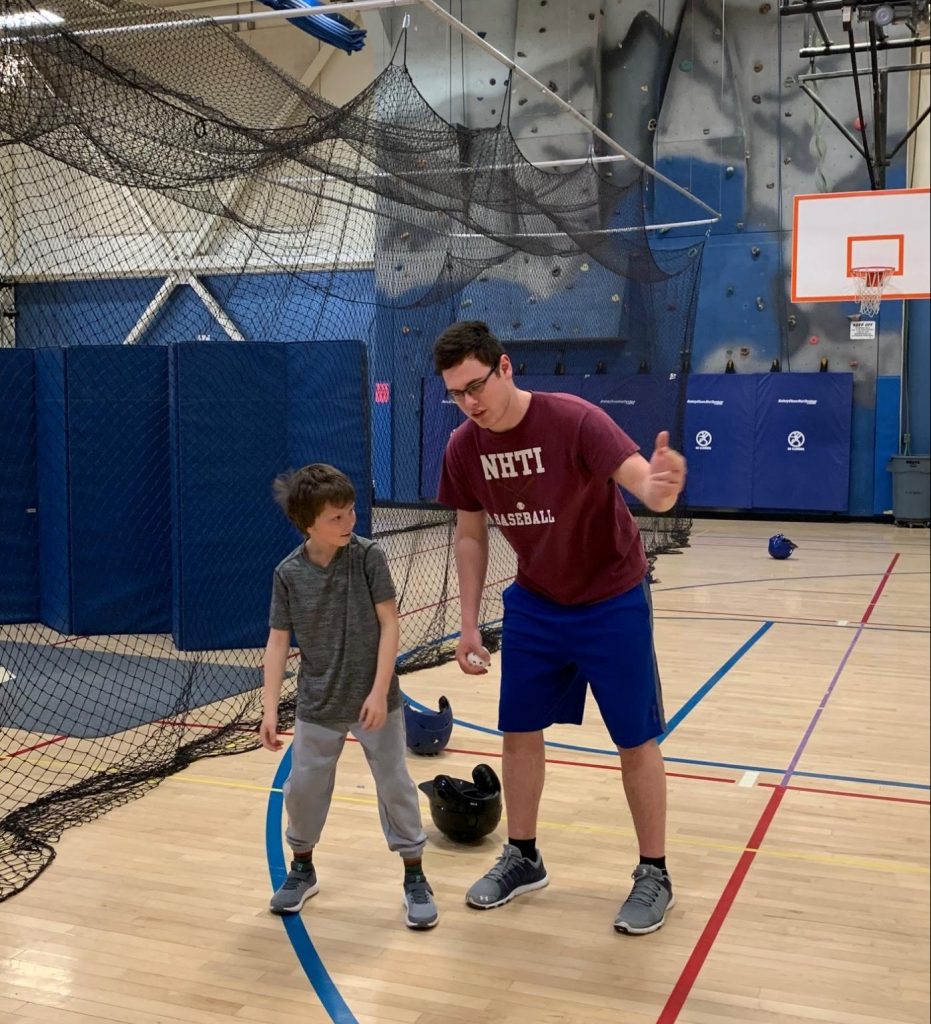 Kolby Tanner is another accomplished senior athlete at U-32. He was recently selected for the Burlington Free Press Second Team for his outstanding efforts as the U-32 Boys Hockey team’s starting goalie.

“I would say that my main responsibility is filling in where I need to be,” he said. “Last year I started at second base, but this year I might need to step in at the catcher position. I think the key for me this year is versatility- being able to switch off between those two positions.”

Kolby added that “Everyone is friendly with each other. Even the freshman that have came in this year have fallen into place. We kind of took them in and inducted them into our baseball group.”

Tuesday night, U-32 traveled to Harwood High School and won 11-10 in an extra-inning thriller. After leading 2-1 after the first inning, Harwood went on a two-out six-run rally to lead at the end of the second inning 7-2. At the end of regulation, the game was tied at 10. To start the eighth inning, Owen Kellington struck three Harwood players out in a row. When senior Kolby Tanner stepped up to bat, a string of errors by the Harwood squad led to Jesse wild stealing three bases to win the game for the Raiders 11-10. 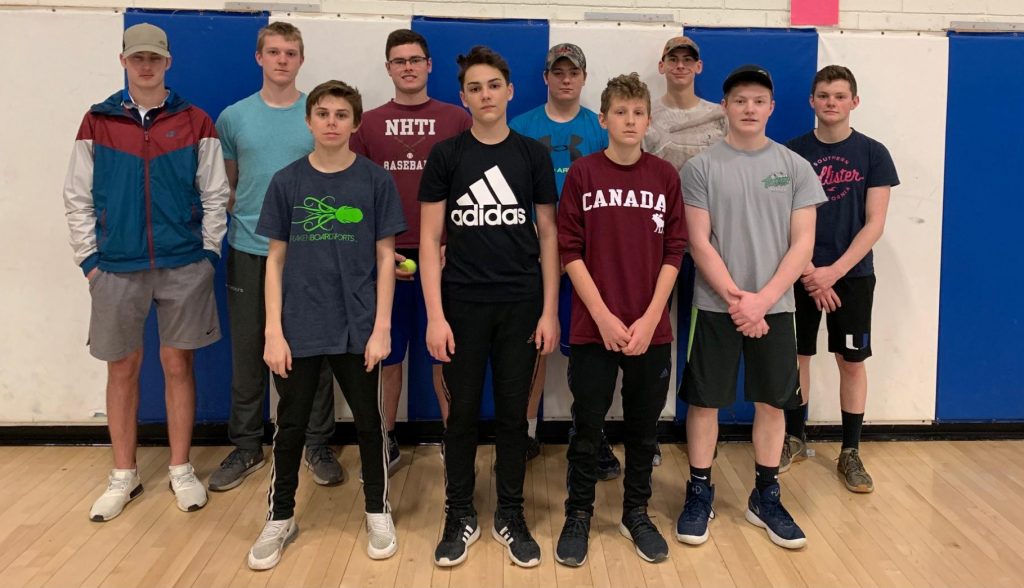