“There’s nothing that I would change”: The Journey of Jen Duprey 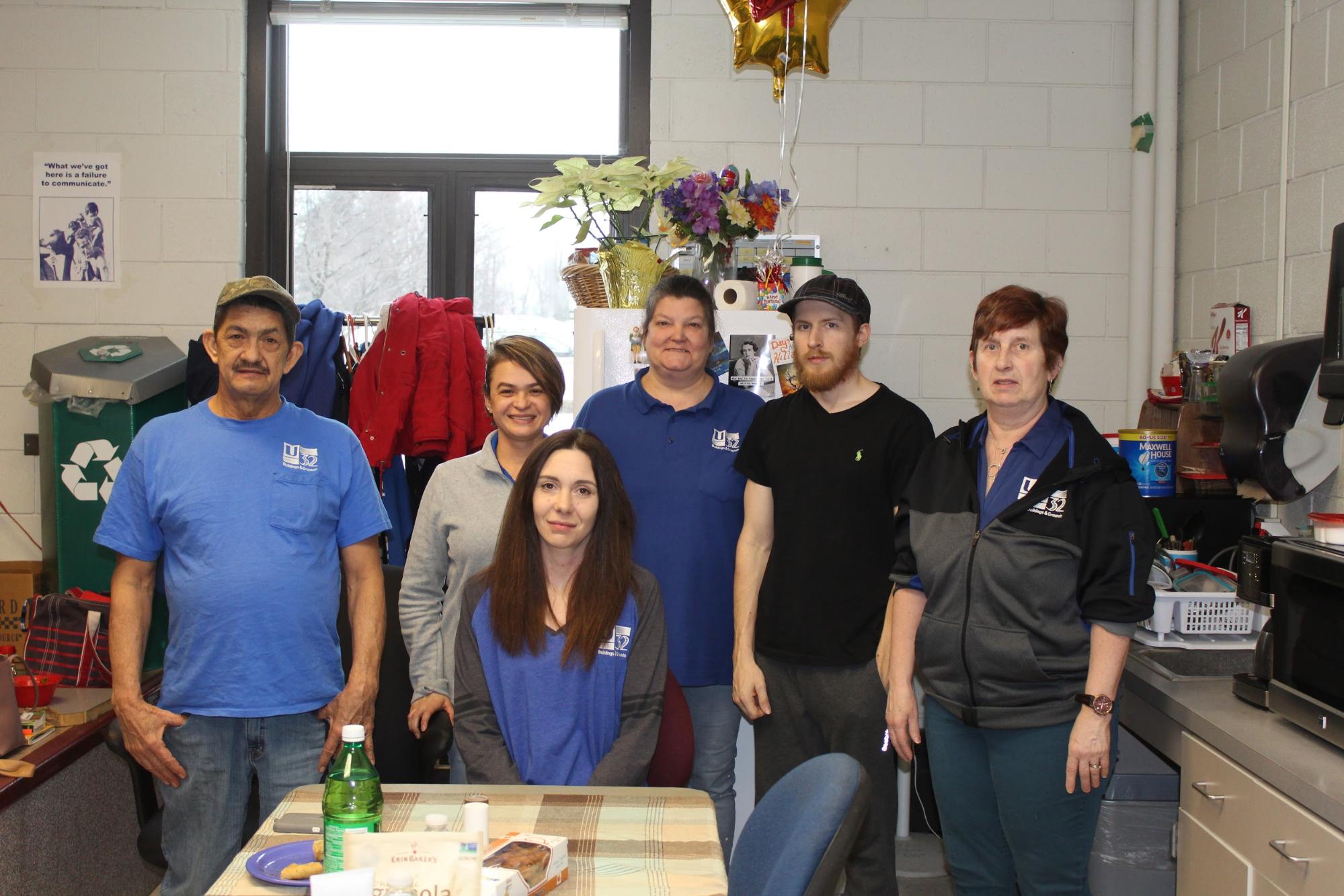 The air in the custodial staff room is relaxed: people chat amiably, eat, and prepare for the night ahead of them. Jennifer Duprey, the Head of Custodial Services, gathers the crew for a group photo. They get into a loose formation, smile, and look towards the camera. 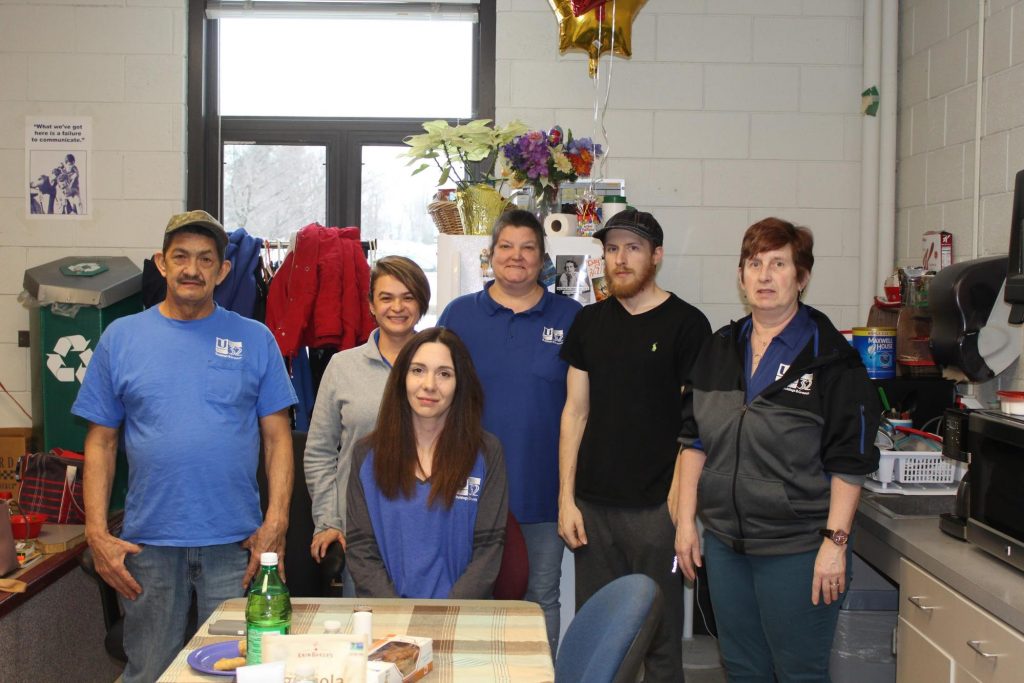 Some of the custodians jokingly complain about having to move. “I wouldn’t have taken this job if it was any other crew,” laughs Jen.

Jen’s journey to where she is now involved many twists and turns, ranging from her first day here, just out of high school, to returning many years later after numerous changes. Jen has always been steadfast, calm, and resolute.

The first step of Jen’s journey was subbing as a custodian at U-32. She was only 19. Her first month here she was approached by a middle schooler. “I will never forget this, she pierced her own belly button.” The girl seemed to think that because Jen was so young, she would help without telling the administration. Jen made sure the girl went to the nurse to get the piercing disinfected.

Jen has six kids and spends a lot of her free time with them. Over the weekends they go outside, play together, and savor the snow and unique atmosphere of living in Vermont.

“I love heavy metal,” Jen said, “people don’t really associate me with being a metalhead.” She talked fondly of bands like Five Finger Death Punch, Stabbing Westward, Aerosmith, and Metallica.

Jen worked at U32 for a few years, but eventually left due to personal conflicts with the old principal and Head of Buildings and Grounds, “It was bad,” she said. “I feel that we were belittled at the time.” She didn’t want to go into details. “I don’t think it’s good to bring up past drama,” Jen said, “I’m just gonna let it lay there.”

People can still be disrespectful to the custodians now, especially the student body. “I think a lot of people have this mentality of custodians as Joe Dirt,” Jen said. “People don’t usually stereotype us as that, but I have come across a few people that are like, ‘You’re a custodian, you don’t look like a custodian would.’”

Students don’t just stereotype the custodians. They can also make their lives harder. Students have a tendency to create chaos. Putting holes in the wall or purposefully clogging the toilets can make a lot of extra work for the custodians.

Even though Jen’s work sometimes feels undervalued, she still loves her job. “I enjoy what I do, it can be really dirty sometimes, and quite messy,” Jen said. But “there’s really nothing that I would change.” Jen recognizes how important her job is, and is very glad she has found a place she fits into.

After she left, she worked for a bit at Nicom Coatings, a waterproofing company. The job wasn’t perfect. Jen was away from her kids and constantly traveling. She left that job and worked for a company that catered food in the State House.

Everyone else on the kitchen staff was asked by various politicians to wear their campaign pins. Jen wouldn’t have any of it. She didn’t care about their politics and didn’t want to engage in their ideas.

When she heard that the principal and Head of Buildings and Grounds at U-32 had changed, she accepted an offer to sub as a custodian.

When she returned she eventually ended up as the Head of Custodial Services. Jen supervises the custodians, makes sure that everyone does their job, and fills in if they are missing anyone. Her typical day can range from preparing for basketball games or board meetings to filling in for a sick custodian.

One of Jen’s favorite things about her job now is the students. She especially loves graduations.