“It’s about philosophy, It’s not about right and wrong”: Charlie Merriman 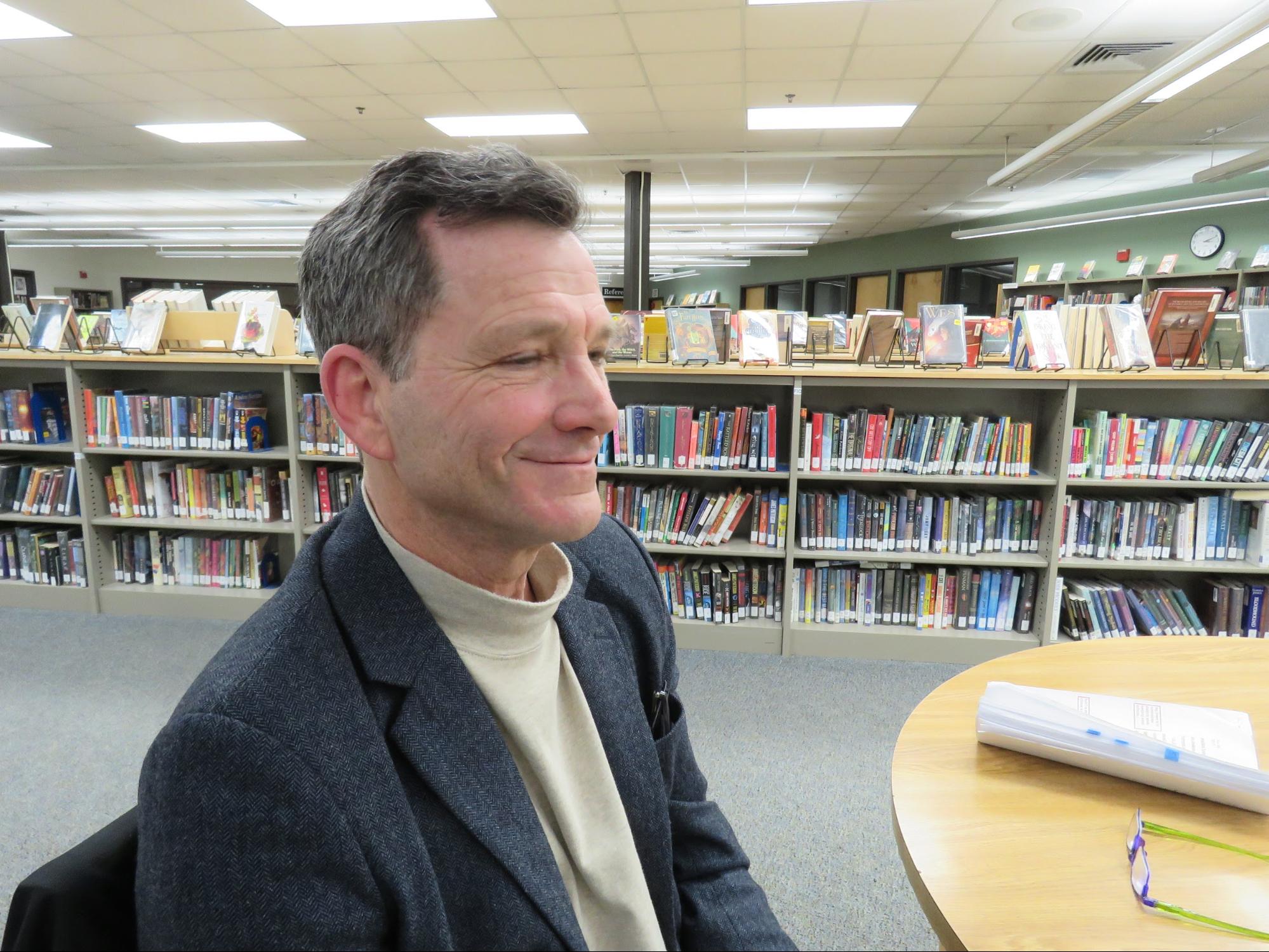 Charlie Merriman was elected to U-32’s school board after a recount following the town meeting day election. Merriman ran for the board on an anti-Act 46 platform. He also publicly voiced his distaste for WCSU’s superintendent Bill Kimball. 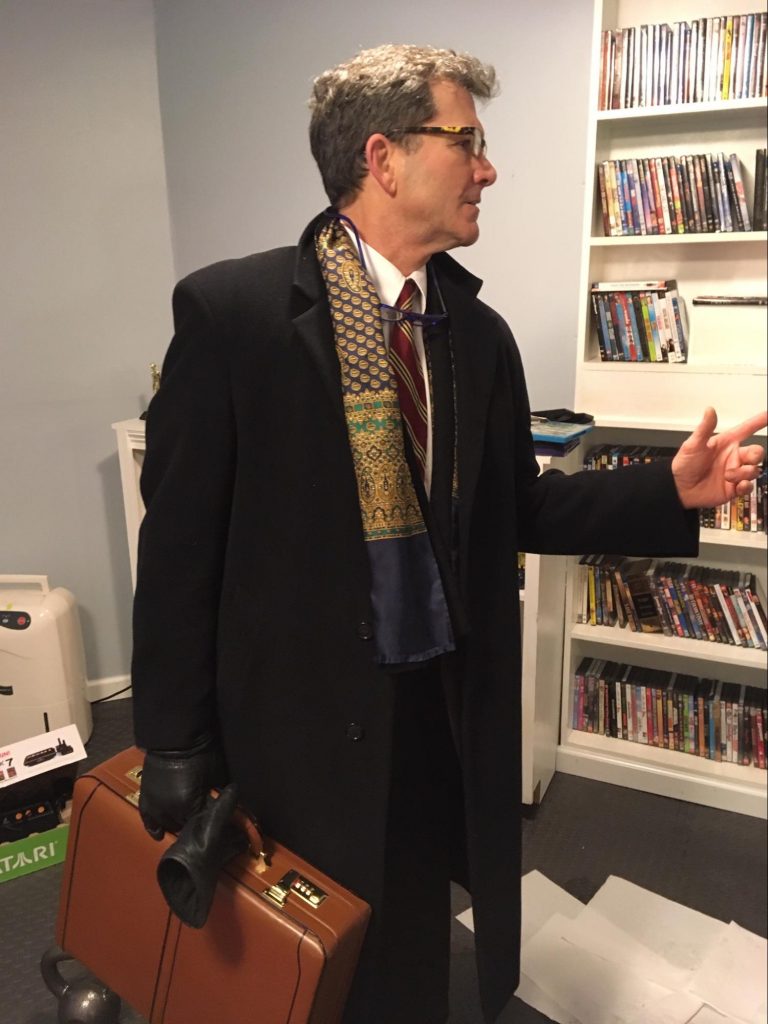 Merriman was one of the attorneys representing 33 Vermont school boards in the lawsuit against Act 46. He stepped down from the lawsuit after he called a member of the Doty school board, Matt Degroot, a Nazi.

Adrienne Magida, Merriman’s predecessor as the Middlesex representative on the U-32 board, remembers the day the other board members met Merriman at a school board meeting two months before his election.

“He got more and more heated in his comments,” Magida said. “He stormed out of the room, and he slammed the door. The entire board’s jaw dropped.”

About two weeks before he was elected, Merriman stirred up the community at a Unified Union School District Special Organizational Meeting. In a private conversation, he called Matt Degroot, a member of the Doty community, a “Nazi.”

Degroot sent an email to the school board recounting his experience after rumors began to circulate and a Times Argus article was written about the incident. Degroot also explained that Merriam later apologized. Read the full email below.

From Matt Degroot’s Email to the school board

Degroot’s Email to the School Board

It was brought to my attention today that there are rumors being discussed online and in the schools that relate to a conversation I was involved in with Charles Merriman at the Organizational Meeting on Tuesday night.  I’m not sure if names are being used, I don’t have a Facebook account. (…)

Later, when the question on the main motion was called and people stood up to move over to cast their paper ballots, we both stood up and I said to Mr. Merriman, “We just screwed 1300 kids.”

Mr. Merriman immediately became very angry.  I don’t recall everything that he said over what I think might have been a two-minute span.  He made several remarks about how he resented that I would accuse him of screwing over 1300 kids.  I replied this isn’t what I said, which he did not accept. He then said that what he really resented was that I had questioned his legal expertise or acumen in remarks I made during the meeting, and that he knew the law.  I didn’t recall having done this, so did not reply and just continued listening. He then asked if the Doty board had warned a budget vote for Town Meeting, and I said no. He made several remarks about the law, and how I had broken it.  He then said that “you never even had a vote.” At this point, in retrospect, I think I might have misunderstood, thinking he was now referring to a public vote on the merger question. I replied that I had advocated for the latter many times, and others didn’t agree.

At this point Mr. Merriman said, “You know what you are?  You’re a Nazi.”

At this point I walked away from the conversation.

My wife witnessed all of the above.

After the meeting adjourned, Mr. Merriman approached me again and apologized, and said he would try to be more polite when we saw each other again.  I told him to be well, and that I would try to do the same.

That’s all I can recall.  To this point in the telling, I’ve left out most detail as to tone and feelings, just trying to relay my recollection of what was said and in what order.  Here I’ll just say that I found the experience of the first conversation to be one of being harangued for two minutes, punctuated by some truly hateful and shattering remarks.  My wife was visibly shaken and upset. I felt sick and frightened.

Because of our shock, in the immediate aftermath both my wife and I mentioned to a handful of other people at the meeting what had happened, in broad strokes and little detail.

I don’t bear Mr. Merriman any ill will.  I know he feels passionately about this issue, and I very much respect that.  Obviously he may have a different perspective on this encounter.

I’m sorry that this happened, I’m sorry to have to relay it to you this way, and I’m sorry I won’t be able to answer questions if there are any – though we couldn’t do that by e-mail anyway.

I value each and every one of you.

Merriman sent his own response to Degroot’s email to the school board. In his response, he called Degroot a “Nazi” again and compared him to “one of the millions of normal looking, otherwise decent Germans who attended rallies, followed orders, and blindly allowed fascism to destroy a liberal democratic state.”

After these emails began circulating among U-32’s student body, the Chronicle reached out to Merriman. He agreed to sit down with us for an interview.

Our Interview With Charlie Merriman 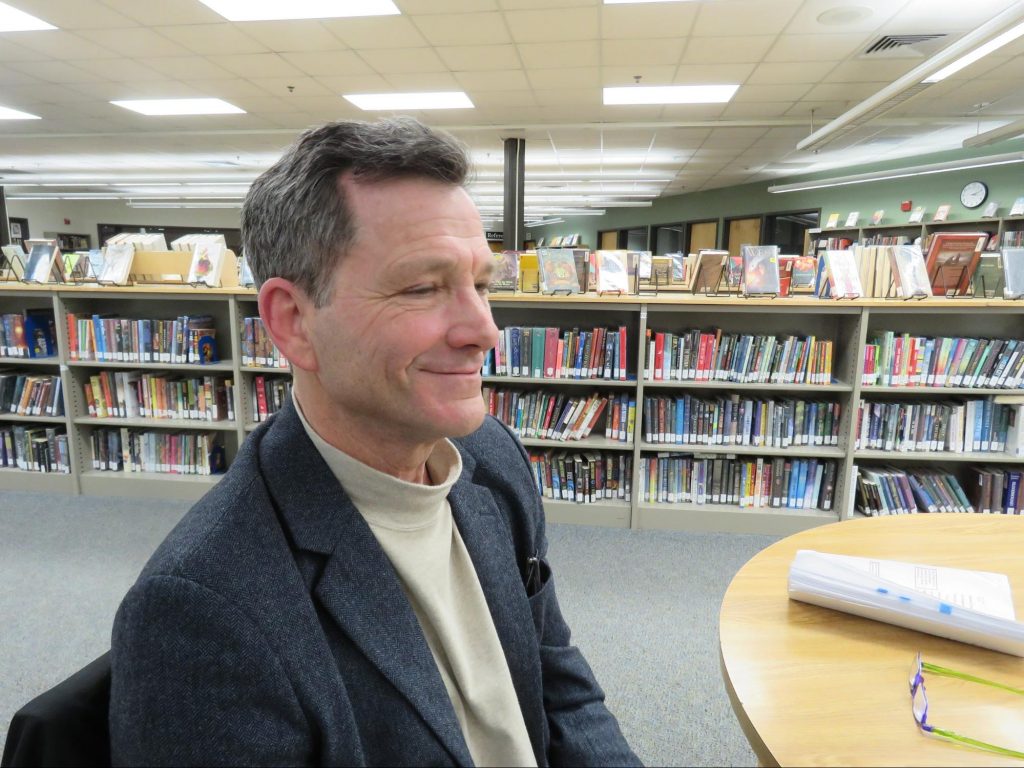 Can you tell us a bit about yourself and your interest in the school board?

I’m an attorney. I’ve been in practice for 25 years now. I’ve got a firm down in Montpelier. Previously, I was on the school board at Rumney many years ago. This time around I got on the school board fundamentally because I’ve been concerned there’s been a move concerning corporate mentality– toward a real top-heavy government structure. I have a real problem with that for a number of reasons

Education is much different than that. Its function is very different than the function of a corporation. It incorporates issues of ethics and ethos for a community. I think that our board needs to take better control over those issues it’s shifted that task over to the central office and I think that’s inappropriate.

Do you have children in the district?

I had two kids in this school system. Anna, who is 28 and Sam who’s 23. Both my students did well at U-32. In some instances, it was because of good teachers. In general, I felt like U-32 was a really mediocre school. I think it could be a lot better– I don’t think the teachers are mediocre. I think there are some excellent teachers there. Andrew Tripp was critical in my son’s development as a successful athlete and a top-flight student. As was Joanne Greenberg in my daughter’s experience in theater. I think that there’s real brilliance here but I do think that brilliance is being quelled by a top-heavy administration.

You know the irony about it is you want teachers to instill in students a sense of independence and courage to speak their minds and pursue their interests. If we have an administration that quells that in teachers, how can you expect them to turn around and instill that spirit in their students. I want to see teachers freed up to do what they do best: teaching.

What is your goal in your time on the school board?

My goal in being on the board is for the board to focus on what I think its job is, which is policy and community ethos. I think it gets lost in a lot of dog and pony shows that get put on for the board that relates to educational elements. Some of those dog and pony shows are good, but they take the attention away from the board and its functions of setting policy and overseeing the activities of its administrators who are responsible, of course, to the board.

Can you clarify the current status of the board and your position within that?

My belief is we will end up unifying July 1st. My tenure will be three months so it’s sort of a hail mary pass that I’m attempting with this for reasons already stated.

Do you plan to run for the future unified board?

You know, I didn’t even want to get on this board. I found a level of people who ended up supporting me, not who were willing to run. I ran last minute because there was nobody else or at least who share my opinion. My direct answer is I hope not. I really don’t like being on the board.

Why do you think that the Middlesex election was so close?

My predecessor (Adrienne Magida), who is a friend of mine, has within the context of her philosophy– education, governance– has done an excellent job. This is about philosophy. This isn’t about right and wrong.

In our community in particular, our local schools in particular have suffered from a very heavy handed administrative approach which has driven away many teachers and has significantly harmed the atmosphere of what used to be a very vibrant elementary school.

I don’t know for a fact whether it’s had the same deleterious effect on the high school; that’s one thing that I’m looking to find out.

What do you have to say about your exchange with Matthew Degroot?

You mean the “Nazi” thing? I’ve said it a thousand times, it was a stupid thing to say. I mean I lost my temper and I popped off. You know, I’m sorry I did it. I also think: let’s not make too big a deal out of it. Come on, so I shot off my mouth, big deal. I mean the thing that was frustrating to me was that I really feel the board over the last ten years has dropped its job, has failed in its function, and has been led by its nose by the administration and that disturbs me. I was reacting to that with emotion.

How did you feel the meeting was going before the incident?

Oh yeah, it was great. That was the thing that was paradoxical about my getting into a fight with Matt Degroot. I’d just successfully won the… I ’d proposed that we adjourn the meeting until the decision on the preliminary injunction in the court case and I won by a two to one margin. Another component of me shooting off my mouth or me letting my anger take control of me was that it was poor sportsmanship. I’d won, he’d just lost.  I shouldn’t have rubbed it in.

There was a fellow (at the meeting) who had the temerity to testify against the Senate education committee. He was some fellow who was a superintendent elsewhere, but apparently a resident in our area and he had the temerity to complain about that meeting.

You know, when we unify, if the community wants to follow the path it’s been following for the last ten years, where the administration is all powerful and the board is nothing more than a figurehead, so be it. If that’s what the voters want, I will have nothing to complain about,  but I want the issue on the table.

What about your email exchange?

On a purely political issue, he (Degroot) brought in the superintendent which is completely inappropriate. The reason I sent that email out was because I was extremely embarrassed and offended by what I consider to be a duplicitous craven act on the part of Matt Degroot sending that email out, but  I wanna be very clear on that.

Matt’s craven behavior is no excuse for my writing that email and calling him a Nazi again. It isn’t. But you know, it didn’t come out of nowhere. He’s trying to get my goat and he got it. Sucker that I am.

What would you like students to know about you as a school board member?