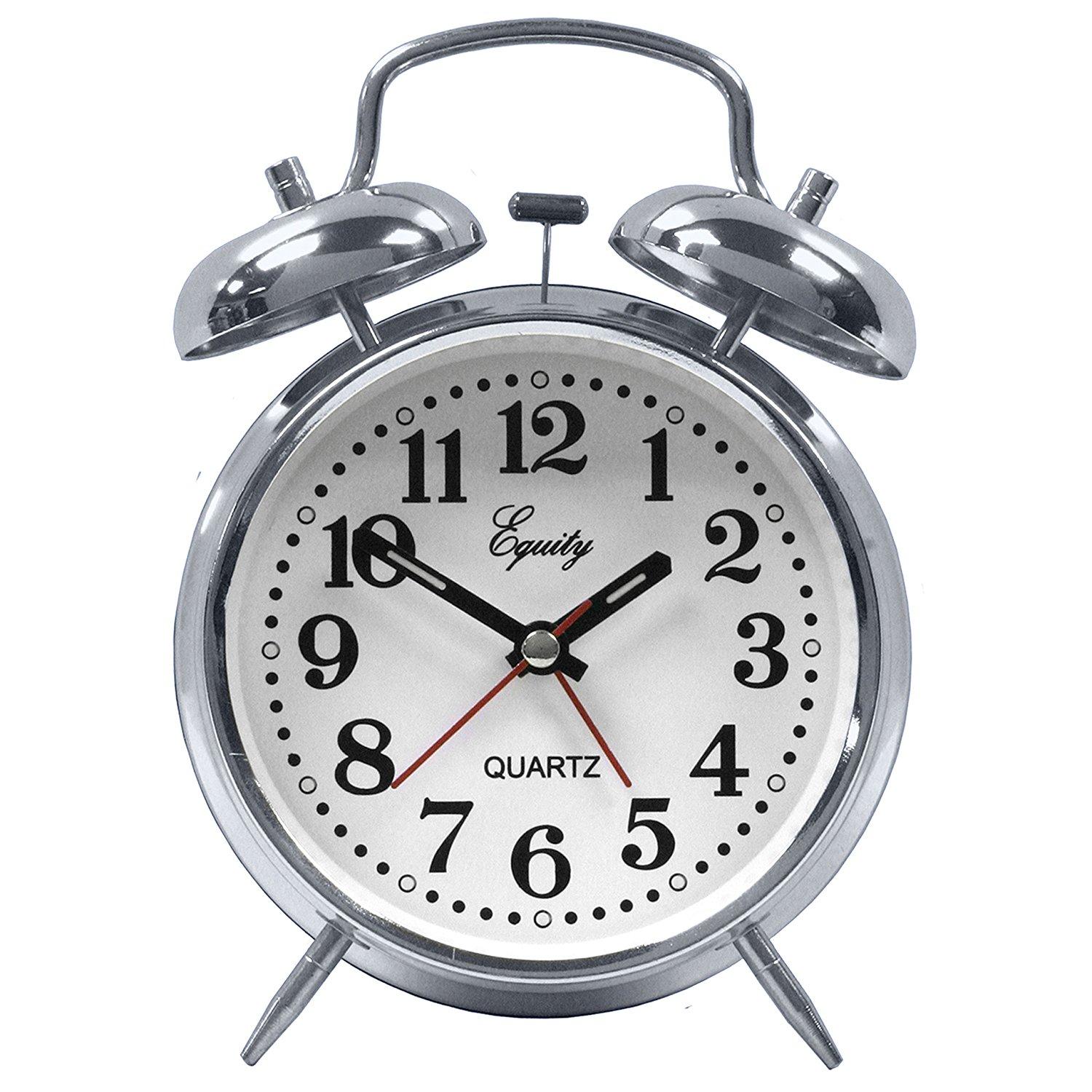 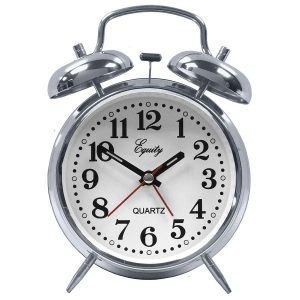 In the past several years, the U-32 School Board has been trying to make an important decision. The school board has been meeting regularly to decide if delaying the start time of the school day would be beneficial for students. There are a lot of elements to consider relative to how changing the time would affect students and their families. Strong arguments can be made on both sides, but the ultimate question is: would delaying the start time have more negative impacts than positive ones? To help us answer these questions, we talked to an array of people in the community.

Cameron Thompson, a sophomore at U-32, wakes up at 6:30am every morning and often falls back asleep. On a good day he will have enough time for breakfast, but on the days he falls back asleep, he does not have time to eat. You have probably heard that breakfast is the most important meal of the day, and it’s true. According to Lindsay Boyers, a writer for the SFgate newspaper,

“Students who eat a healthy breakfast tend to have better concentration than students who skip breakfast altogether. When the day starts with breakfast, students can focus on the task at hand better and become less distracted by outside influences and other students. They’re also able to understand what’s being taught more easily and retain that new information better.”

Cameron proves this point: “On the days I don’t have enough time to eat breakfast I find that its harder to pay attention. In class, I feel groggy and my eyes are constantly heavy,” said Cameron.

Another common issue for high school students is a lack of sleep. Cameron gets an average of six hours of sleep per night. According to an interview with Dr. Gwendolyn Shelton, a pediatrician at the UVM Vermont Health Network, and a mother with students who go to U-32, teens require 9-10 hours of sleep. She states, “Teenagers have activities like sports, work, and homework that tend to keep them up later and so they are unable to get enough sleep if the busses require them to get picked up as early as 7:00am.” Cameron proves this to be true; he usually gets home late and tired from his sports practices, quickly eats dinner and then has to start doing his homework. “Some nights I am up until midnight trying to get my homework done. This just makes me miserable for the next day,” says Cameron. According to the National Institute of Children Health and Human Development, not getting enough sleep can cause mood swings, and increased levels of anxiety and depression. Having a later start time would positively impact the students: “They have less anxiety and stress. Students then will drink less coffee or rely on even worse stimulants to stay awake and then have the opposite problem of not being able to sleep at night because they have used too many stimulants during the day to stay awake”, says Dr. Shelton. Being sleep deprived can also affect students’ ability to think clearly and form memories. Being hungry from not eating breakfast and tired from not getting enough sleep makes it extremely difficult to pay attention in general.

Students who drive to school often run late. This can be dangerous for young, unconfident drivers. Students are often in a rush to get to school, which can lead to reckless driving. On top of having to rush to school, in the winter the roads are usually very slippery and not maintained well. “Also, in Vermont, teenagers are driving to school and often the roads are not plowed and ready to go when they leave, say between 7:00am and 7:30am, but (with a later start time) the town has time to plow and sand all the back roads by the time the teens will be driving, so it may be safer as well for the driving students,” says Gwendolyn Shelton.

One of the strongest arguments for later start times connects teen biology to academic success. During an interview, parent and educator Sarah Van Hoy notes this connection. “Being in synch with biology and more alert at school is not just anecdotal evidence, it bears out with test scores and grades.” Research cited by the Brookings Institute notes that test scores in both reading and math increase in statistically significant ways when students have delayed start times. Dr. Van Hoy extends this argument by making further connections: “Because grades and test scores figure into college admissions, there is some sense that a later start time might make a difference in successful college applications and thus to life opportunities. Of course, test scores should not be our first consideration, but enthusiasm for learning increases when we have more energy.”

Many people argue that delaying the start time would interfere with sports, jobs, and other activities. Gwendolyn Shelton M.D. states,

“I’ve heard the argument about the sports. I think that might be one of the more valid ones since we don’t have many daylight hours and if the school didn’t finish until 4:00 for the high school students they would be squeezing in a lot of activities between 4 and 5 or 6 when it gets dark. I think in Vermont though we have always had ways of relying on indoor sports and we might be able to find some examples from other dark places, like Europe and Alaska and see how they get their kids trained.”

Lucy Wood is a student at U-32 and an active member of the school community. She is the student representative to the school board, the Co-President of Student Council, participates on several sports teams, sits on a student Restorative Practice panel, as well as taking part on the Seeking Social Justice Club. Being an active member of the school community makes it hard for Lucy to balance commitments outside of school. Lucy says,”For me the ideal start time is eight because then I get out of school early enough where I can have a job.” Moving the start time later would mean that students would not have enough time to manage a job on top of going to school and playing sports. Already it is hard to manage a job with sports, but if students were getting out of school later, yet still had practice and homework, there would be no way for a student to manage a job as well after school. 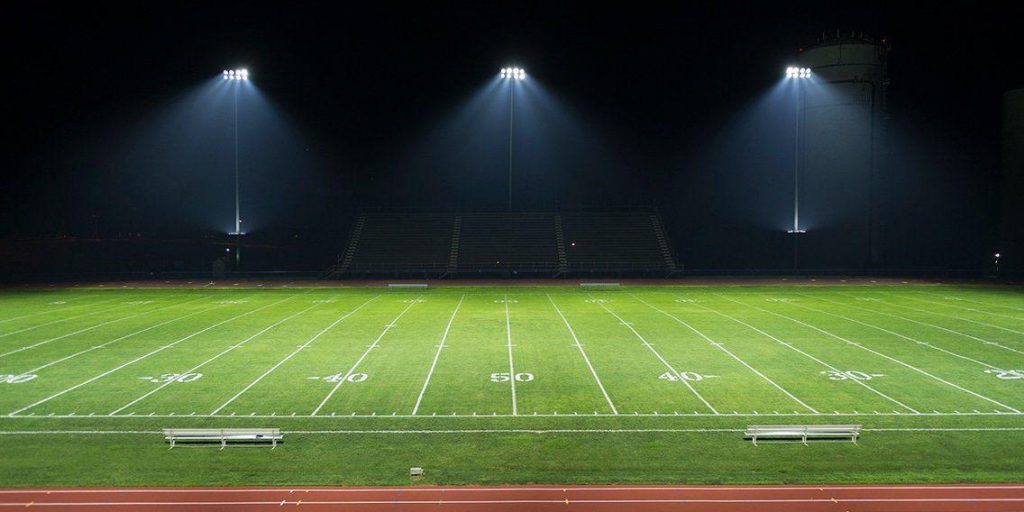 Arguments have also been made that students would get more sleep but Sean Brown, whose daughter goes to U-32, states, ”I don’t think it would because kids would just stay up later because they could sleep in later.” According to NPR’s Sleepless No More in Seattle, once teens hit puberty, their biological clocks change so their biological bedtimes would be more like midnight.

“I used to have basketball sports practice from 7:30pm to 9:00pm when we started at 8 am. So either the sports are going to be pushed two hours later, or the practices will simply take place before school. Although exercise in the morning will help wake and stimulate the brain for learning, this essentially renders the later start a moot point as the student athletes will not get to change their sleep schedule”, says Reilly Osadchey Brown, a former U-32 student.

We already see coaches moving practices to the morning on days that are predicted to be over the legal temperature for sports.

Further complicating the sports issue, if U-32 changed its start time, it would be one of the only schools in Vermont starting later and getting out later. This might begin to have an effect on students’ grades during sport seasons because, “the later the start time the later the school day would go, so to participate in those sorts athletes would miss academics to leave for away games; they would have to leave much earlier than they do now, because we would be one of the few schools that have the later start time, so the game times would not be adjusted,” asserts Sean Brown. Living in Vermont, the average travel time to a game is about an hour, but there are games that the travel time is up to two hours. These games already make us leave one to two hours early from school, so if the start time was later we could be missing up to a third of the school day. Alternatively, games may be scheduled later to account for school start times.

Beyond the issue of sports, some argue that the start time that we have potentially prepares us for life outside of high school. “It mirrors life, work life, college life, I mean that’s when people start their day”, says Sean Brown. High School is supposed to prepare us for experiences later in life and the average person is at work or classes by 8am. This being said, if the start time changed, parents who work would have trouble getting their children to school on time. “My wife and I both work, and if the start time was moved then we would have no way to get our daughter to the bus. Our bus stop is two miles away from our house and she is not old enough to drive. Our only option would be dropping her off at the bus stop one to two hours early”, Sean Brown said. In conclusion, the start time that we have now mirrors life outside of high school, which means parents who work can get their child to school and be home soon after they are home. 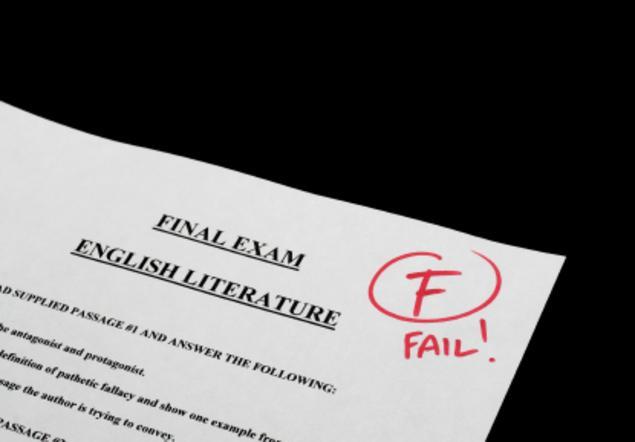 While this is not an exhaustive discussion of the pros and cons of changing the U32 start time, we can begin to see the complexity of the issues facing the school board. Because these issues are so complex, and because different people have different concerns about the outcomes, it is important to think critically about all the assertions and investments, try to problem solve and, most importantly, to make sure that the process for making a decision is both inclusive and transparent. Recently, Kara Rosenberg wrote to express this important point to the school community. “I was really concerned about not necessarily what was going to happen, the result, but I think I was really concerned about the process,” said Kara, a school faculty member at U-32. This statement poses a real concern that should be addressed. Is the school board doing enough to make the decision making process transparent for all members of the community? Should they be doing more towards that? What is clear is that people should not just focus their concern on the outcome, but if the process clear and inclusive enough that the community feels like they have control over the outcome.”

There are many different elements that the school board has to consider when it comes to changing the start time. If they decide to change the start time, students could experience less stress and realize great academic achievement. However, there may be other costs born by working families and students who work or do sports. There are many other elements that have not been covered such as the change in transportation. The school board needs to look over all the positive and negative effects of changing the start time and decide if it’s worth changing it or keeping the time the same.

“How Is the Body Affected by Sleep Deprivation?” Eunice Kennedy Shriver National Institute of