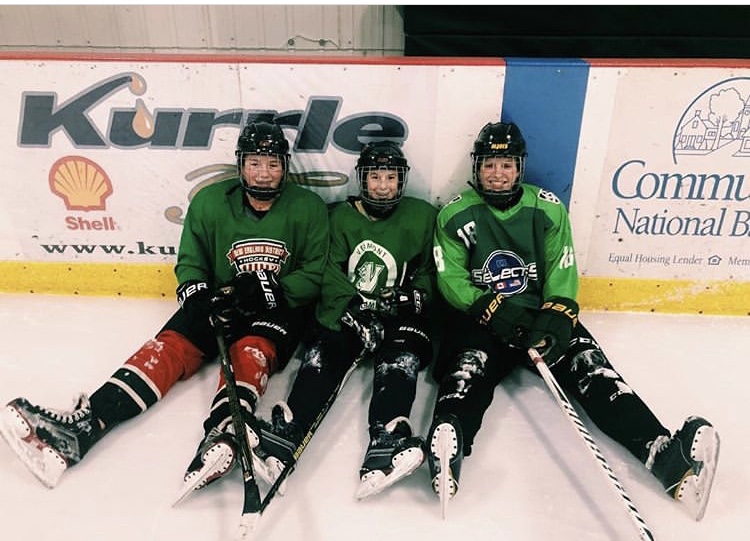 Caitlyn Fielder is an eighth grader at U-32 Middle and High school. She plays field hockey, ice hockey, and lacrosse. She’s been playing ice hockey for about 5 years. It all started when she was eight years old and got her first pair of skates.

Her father, Jason, took her to the local sports equipment shop in Barre. Thygeson’s sports is a well known place for hockey players, one of the few locations available for skate sharpening. Caitlyn and her father opened the door to the shop as she marveled at the thought of stepping on the ice for the first time. They made their way around the store collecting equipment making sure each and every garment fit just right. She and Jason made their way to one last section. The skates! She sat on the bench as Jason and Charlie, the owner of the shop, had discussed which would be the best fit. After a few moments of deciding, they finally chose a pair. Not too fancy, but a good quality skate. As soon as she put on both skates, she knew how much of an impact hockey would have on her life. 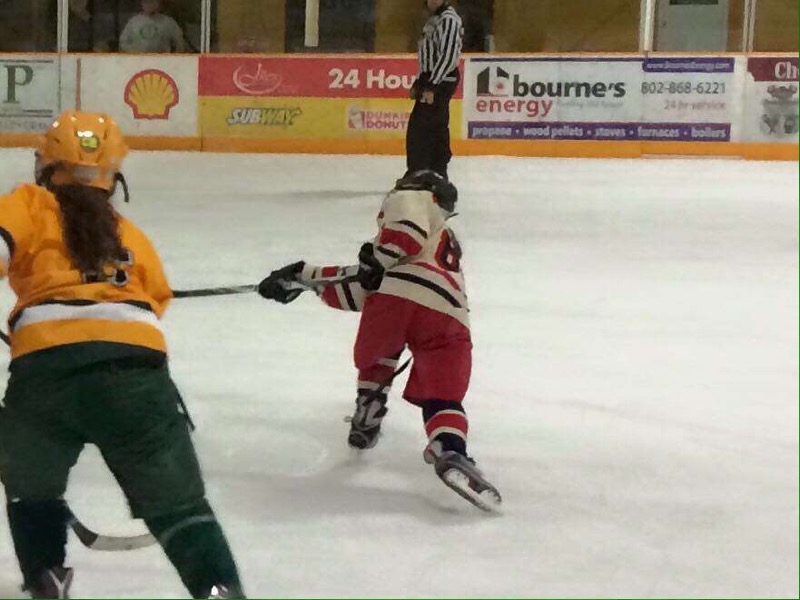 U-32 does not provide a program for middle school girls, so as an eighth grader, Caitlyn spends most of her time on the bench. She’s a manager for the Varsity Girls Team and although she does not play in games, she practices with the girls and opens the doors to the bench during games. There’s a lot of controversy on this topic- some think that since U-32 doesn’t provide a girls program, girls like Caitlyn should be able to join the team. Others think they should not.

Caitlyn has never had trouble finding where to play, but this year it was different. “I’ve played for 5 years. I played for Barre and right now I’m playing for The Vermont Flames,” Fielder says. “I only had one choice for a team this year because last year our team was ending because we had a lot of girls going into high school.”

Caitlyn’s switch in teams was due to the scare numbers in girls youth hockey. Caitlyn mentions another team option, but opted not to play because of the safety issue. “Typically, not a lot of girls play Bantams because it’s a higher level, and if they’re playing with boys there’s a lot of [body] checking.” Caitlyn was asked if she would’ve played high school hockey as an eighth grader and her answer was pretty clear: “Yes, I would’ve played because it would give me the experience to get ready for high school,” she responded.

Captain Payton Kurrle is a senior at U-32. She addresses her experiences with looking to play as a eighth grader herself, the lack of youth hockey programs for girls, and the numbers issue on the high school team. “At the time when I had asked the question, U-32 was basically like, ‘If we allow people to play hockey as an 8th grader, then we have to allow 8th graders to try out for any sport,’ said Kurrle. ‘They said no so I just ended up managing the team.”

Kurrle reflects on her 8th-grade year and expresses her thoughts on the topic: “I didn’t get to play any games during the winter season and there wasn’t anywhere for me to go at the time. We don’t offer a lot of programs for young girls to play hockey. I think it’s sad because we struggle to recruit a lot of longtime hockey players because we haven’t built the base for a strong program at a young age.”

According to Kurrle, this is a numbers issue: “You don’t want middle schoolers to be taking the spots of older girls,” Kurrle says. “I feel bad that they don’t get an opportunity to play without having to try out. We have managers every year and they come to every practice, put in the same effort as the players, but don’t get to play games which I don’t think is fair.” She concludes with a statement about youth programs and their downside. “Many of the organizations that do create a safe playing area for girls are those in which you are required to try out for.” 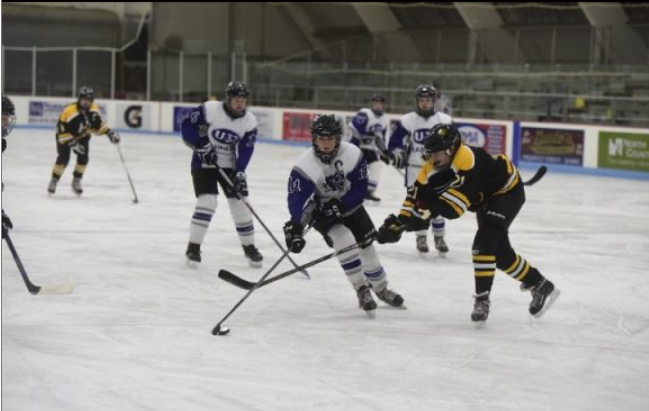 Kurrle goes in for the shot during last year’s playoff win against Harwood.

Allie Guthrie, 14, is on the offensive line for the team. “I have been playing hockey for 9 years and I played with CVSA until I was 12 years old. Then, I played with Barre for 2 years and now I’m currently playing for U-32,” she states. Allie’s love for hockey shows both on and off the ice.

Allie mentions Bantam level play (both boys and girls are mixed and checking is introduced) and how that was an option for her 8th grade year. “My old Barre teammates, maybe 3 or 4 eighth graders, are trying to play with Spaulding because they don’t have access to a girls team anymore. The other choice would be to play no hockey at all or to play for Bantam team. Allie was asked the same question as Caitlyn regarding playing as an eighth grader, and her response was similar. “If I [had been] able to play on the High School team last year I would’ve earned great skills on the ice.” Guthrie has recorded 3 goals and 1 assist so far this year for the Raiders. 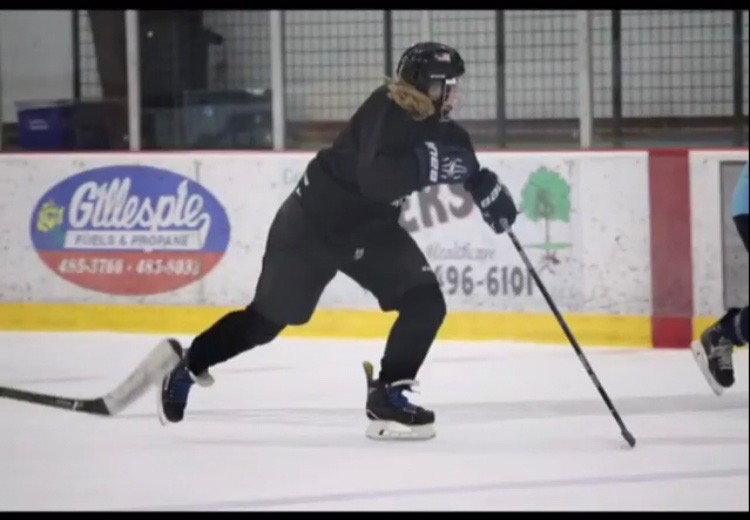 Hank VanOrman has been the athletic director at U-32 for 2 years now. As a hockey dad himself, he understands life at the rink. His kids play youth hockey for the Barre Blades across town at the BOR. Barre is a great organization for youth hockey, but the numbers are becoming scarce.

Hank mentions some VPA rules and regulations regarding this topic the eligibility of play. “This is a new policy, and it’s only for girls hockey. There were a lot of scenarios that came into play while this got brought up. It’s about providing opportunity and also it’s about maintaining a program as opposed to losing it. They don’t have that direct female ice hockey experience that will really safely help them develop, help them work with their peers, and get to a spot where they’re able to enter the high school program.”

Hank explains what is considered when making this decision: “First and foremost, there has to be no offering of that sport for that female athlete that they can partake in. Two, is there a need for us to bring them up with the numbers. Three, we still have the discussion or the opportunity to say this something we’re on board with or this is something that we’re not. Just because it’s an option doesn’t mean that we have to engage in it.”

He also mentions the character of the program and how our values will influence our decisions. “There are some who think we should bring eighth graders up to improve our team. That’s not who we are here at U-32 and it’s not right. If we were to engage in this it’d be because of the lack of numbers and the lack of options for these girls.” Hank also looks at the issue of preparedness: “They don’t have that direct female ice hockey experience that will really safely help them develop, help them work with their peers, and get to a spot where they’re able to enter the highschool program.” 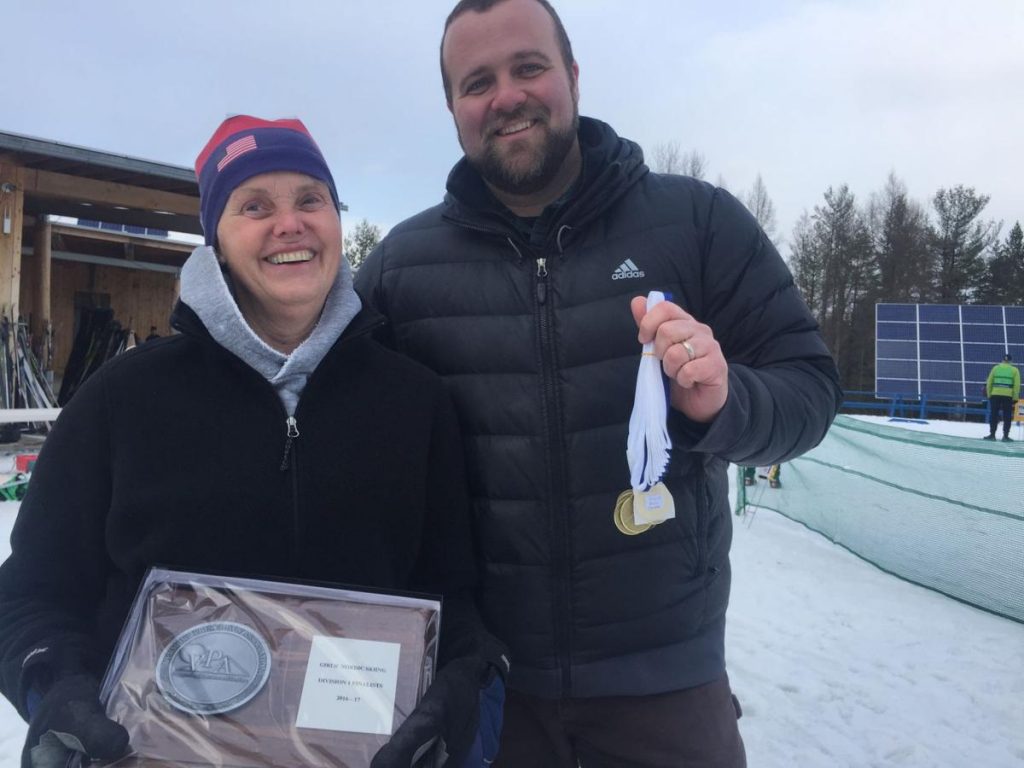 There is a lot to consider regarding whether eighth-graders should play for the high school girls team. If they have the numbers for high school, it’s not going to happen. The youth hockey in Central Vermont has low numbers and the focus should be on rebuilding these programs. If that were to happen, the high school numbers would be in a good place and these eighth graders would have a strong organization to play for until high school. “It’s about providing opportunity and also it’s about maintaining a program as opposed to losing it,” says Hank.