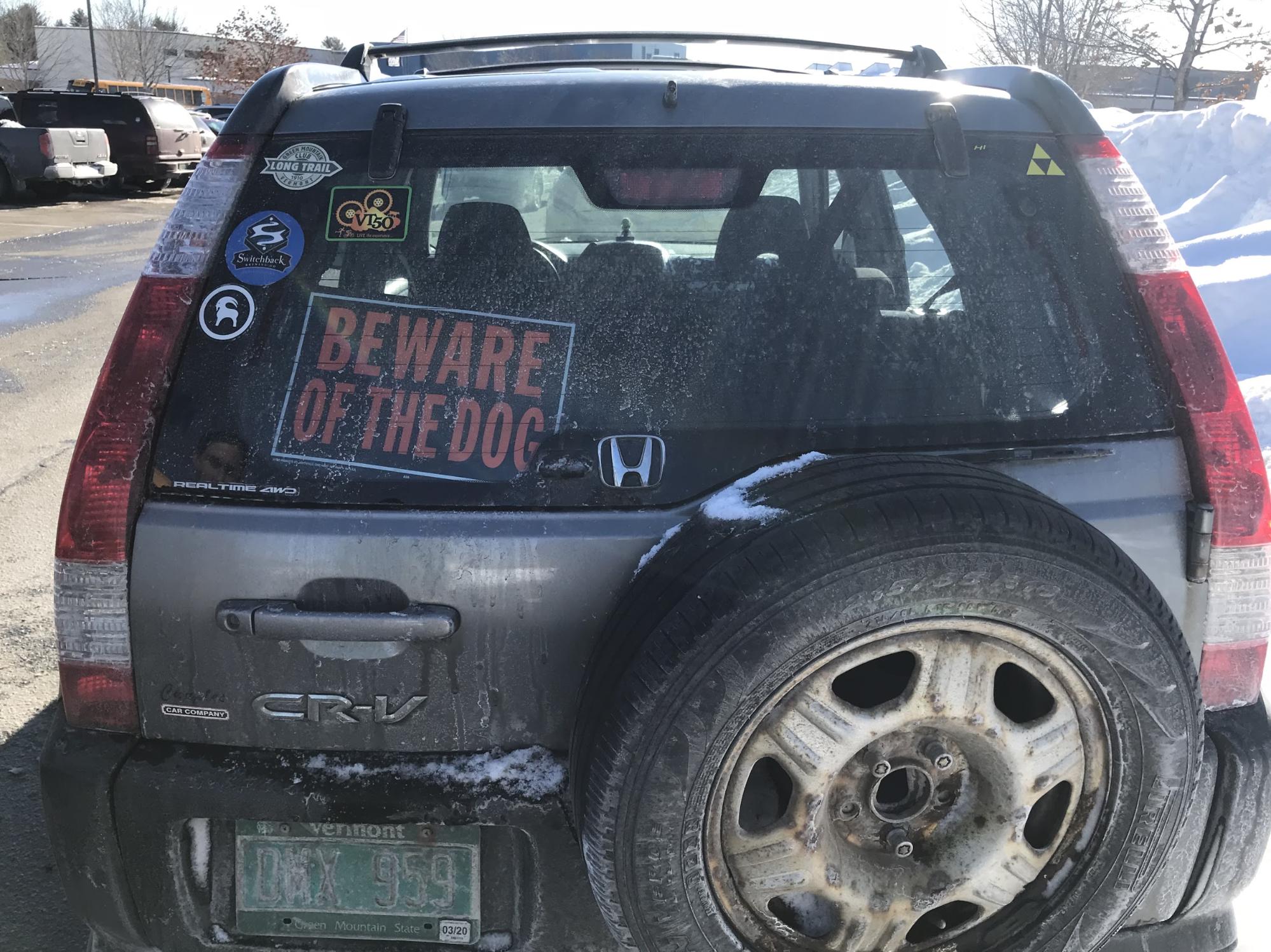 Editor’s Note: Don’t forget to vote at the end of the article!

At 7:50am, in the U-32 parking lot, students come flooding in, blasting bass-heavy music and going excessively fast. Parents and teachers glare at the speeding teenagers, the menaces of the road.

Most cars are simply a means of transportation, but for the students of U-32 they are much more. Starting from unique names to interesting quirks, Rate My Whip is a chance for the people to decide between two cars and their stories.

Round 1: Intro to the Whip

Bailey Carpenter drives a black 2008 Subaru Impreza. She’s owned her car for a year and a half. Her mom had surprised her with the car, but Bailey had to pay her back for all of it, making $200 monthly payments. Bailey works about 25 hours a week to pay for her car and phone. Her car’s name is Allicat, named after the main character in her favorite musical, Burlesque. “She’s played by Christina Aguilera,” Carpenter said. “She’s always been my idol.” 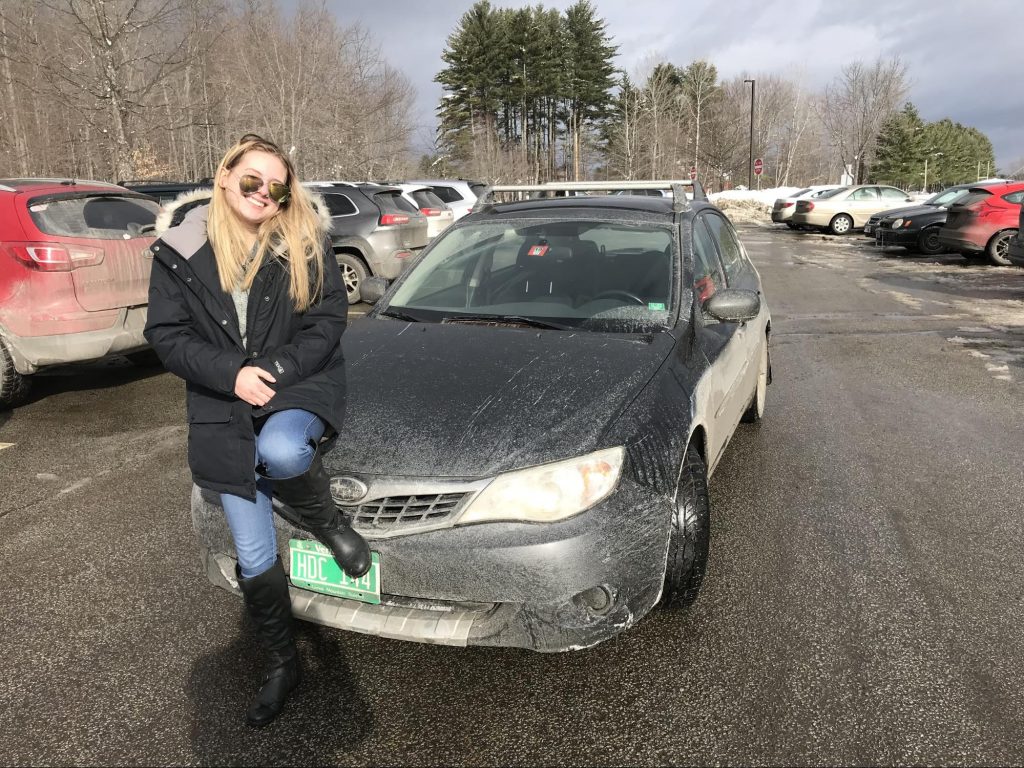 Trevor Patterson has owned his 2006 CRV Honda Civic for a year and a half as well. Patterson’s car was a hand-me-down from his mom. She had previously bought it used, she drove it for a while until giving it to Trevor. During the summer, Patterson works so he is able to pay for his own gas and repairs but during the school year he is not working so his parents help him out a lot. His car is named “Crv” (pronounced ‘Curve’), Patterson says the name is “rather simple.” 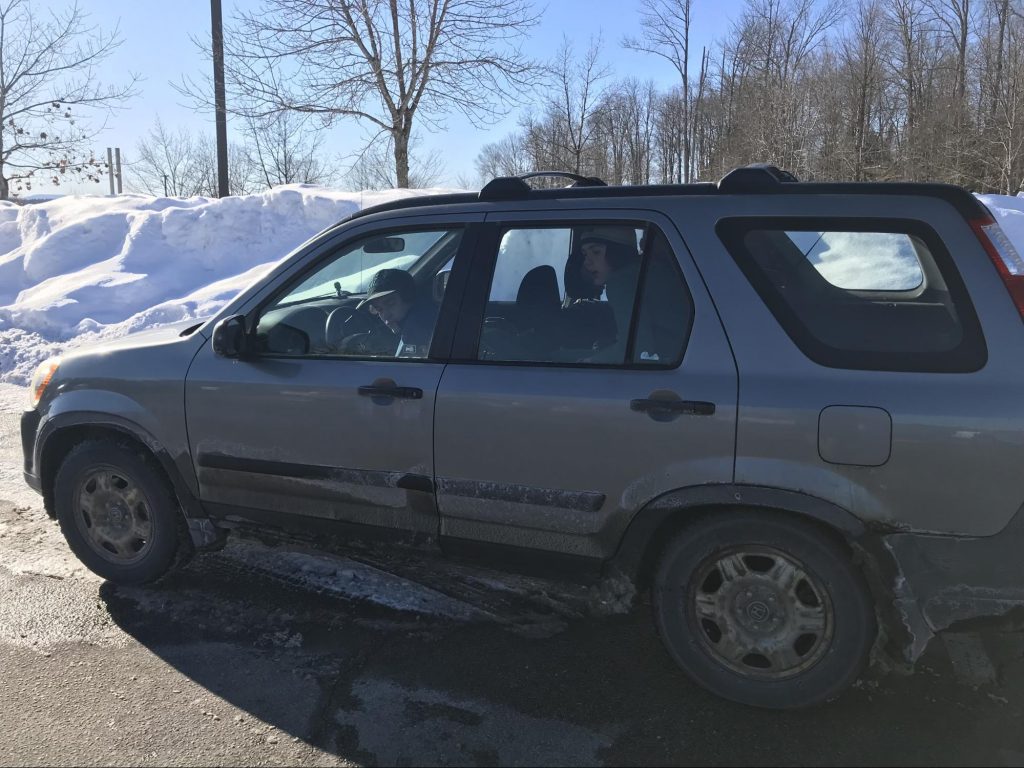 Round 2: Quarks and Mechanics of My Whip

B.C- Carpenter’s car has two mechanical quirks. When she attempts to accelerate and her gears shift, the car “jerks extremely bad.” She also has dented rims so air leaks out of her tires, “I have to fill my tires up once or twice a week.” Bailey’s car needs to be repaired in some way about once a month “at least.” 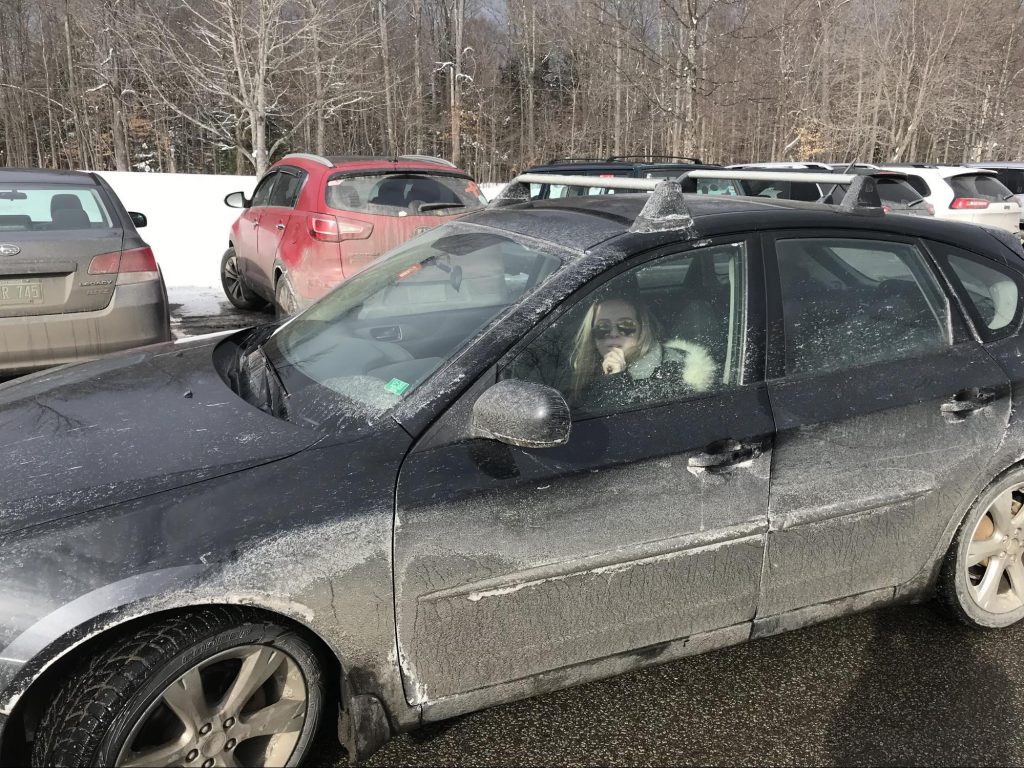 T.P- Paterson’s car doesn’t have any mechanical quarks but it does have a large dent in the side “A deer ran into it,”Paterson said. “My dad was driving.” However, his car does contain a Yoda figure from the Star Wars series, glued to the dashboard, as well as mannequin leg in the back seat. Once while in his Pottery II class, Trevor saw the mannequin leg sticking out from the trash can, “Is this up for grabs?” Patterson had asked. Adrian Wade, the teacher, laughed, nodding yes. 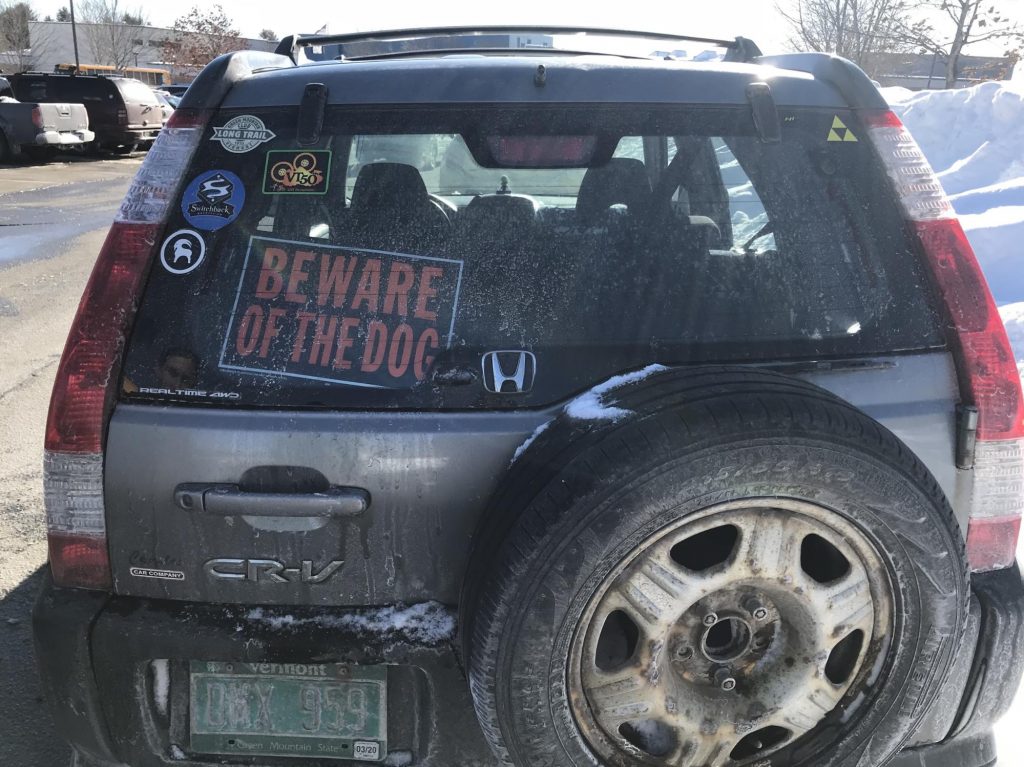 Round 3: Stories of My Whip

B.C- Once while Carpenter was on her way home from work, pulling right out of the Waterbury Park and Ride, she took the turn too sharply and scraped against the guardrail. “I went to the nearest gas station and I got out to check for damage.” The car had a scratch from the front right tire all the way to the back passenger door. The scratch is still there to this day. 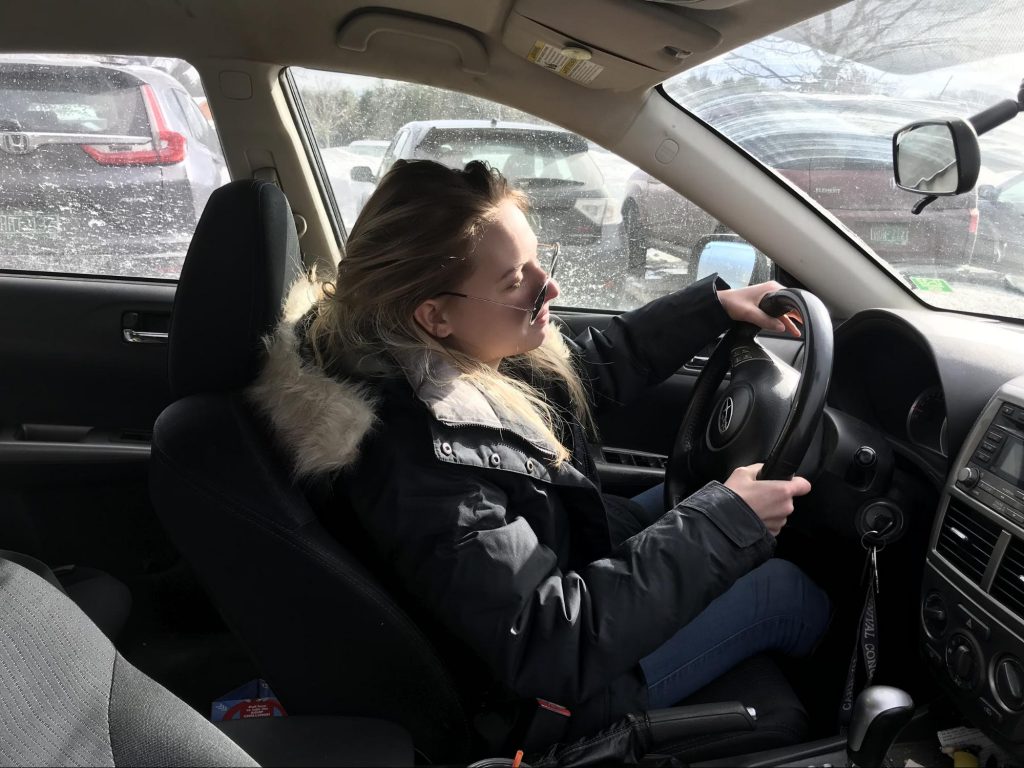 T.P- “Road trip to Maine with the boys.” Spontaneously, Trevor and his friends took a road trip to Maine in his CRV, where they drove all the way to where the coast meets Canada and camped out for a few days. When asked to describe the trip Patterson said: “Just four boys frolicking in the woods of Maine.” 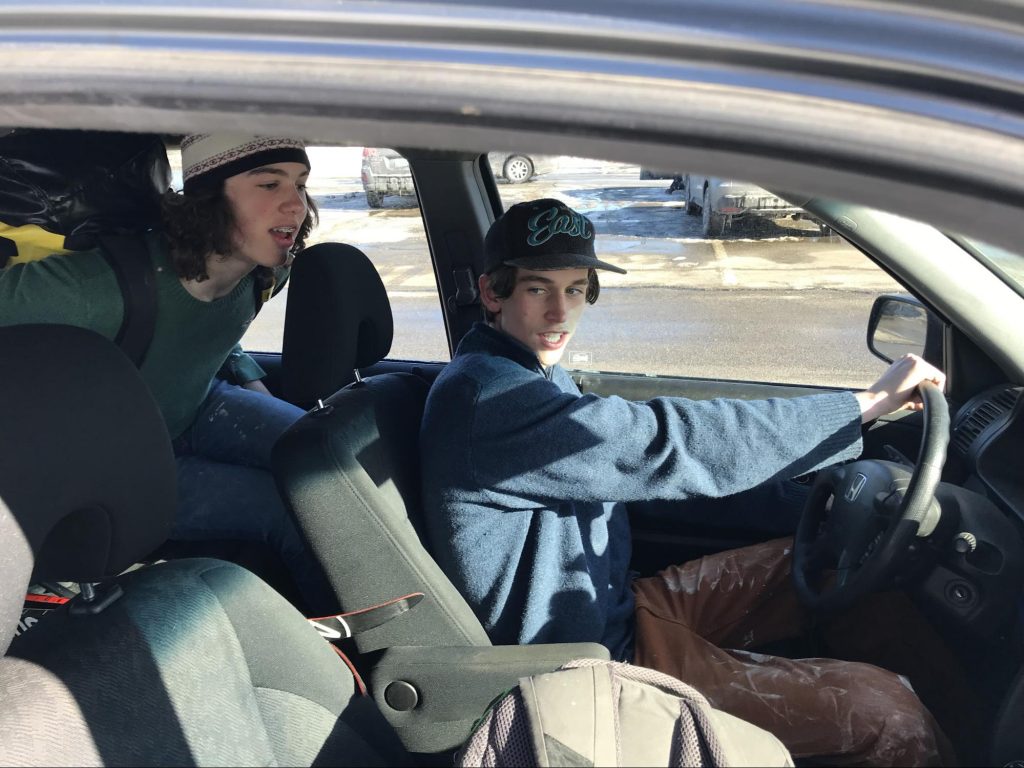