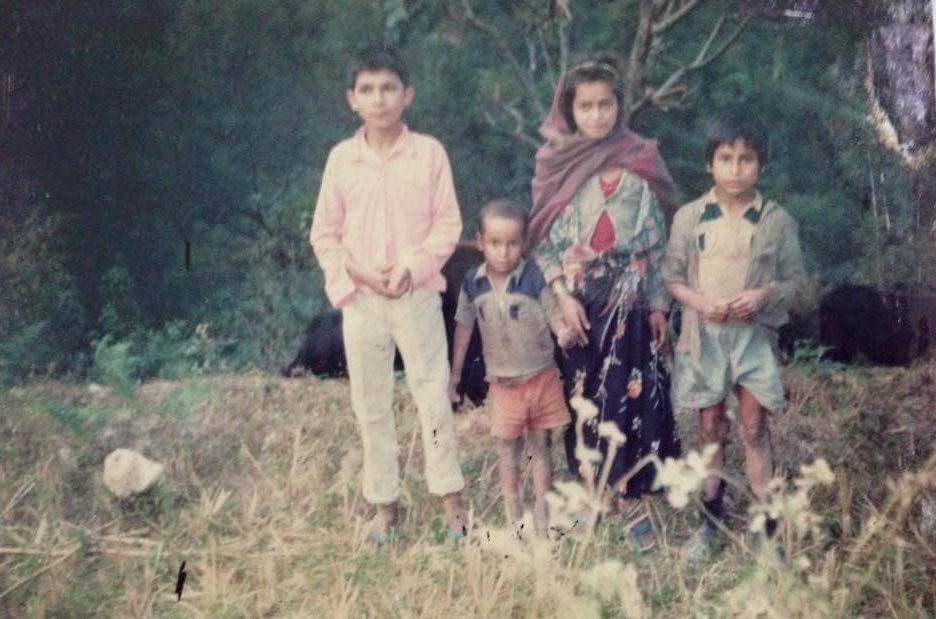 One day in 1992 when he was ten years old, Ghana Rimal’s father came to him in the family pasture. Rimal always enjoyed caring for the cattle, as they are a sacred part in Hinduism culture. His father told him they needed to leave and go home.

“I was not sure why he saying we need to leave, because he never used to say that,” Rimal says.“He always used to think of the cows.”

That same night they fled to the border of India. The trek to the border took three and half days. Traveling on foot through the forest, they finally arrived at the border. Other refugees swarmed the area.

“We were there for two weeks,” says Rimal. Trucks from India finally arrived and they were loaded in. “That is how the journey started.”

Twenty six-years later, Rimal is a math intern at U-32, getting his teaching license at UVM. He is within a semester’s grasp of achieving his goal of a Master’s degree.

“I’m still learning. I always feel like I did something If I helped someone,” he says. “If I see the smile on the young kids face.”

Every morning as the sun rose, Rimal and his siblings rushed out to take their positions as guards, shooing away the monkeys so the food was kept safe.

“You could chase the monkeys,” Rimal says, “they would jump from trees, branch to branch!” The vibration from the jumps would cause the fruits on the tops of the trees to fall. They were always the best, filled with sweet flavor after the chase.

“That was one reason we would chase the monkeys. We can’t climb the tall trees to get the fruit,” says Rimal. “That was the fun part of life at the time.”

Everything began to change in 1989. Bhutan’s government believed that the Nepalese minority could rise up and create a political uprising, and the government forced Nepalese people out of Bhutan.

Starting in 1991, refugees poured out of Bhutan. By 1996, over 100,000 Nepalese took shelter in refugee camps. Bhutan’s government, threatened by the ethnic minority of the Nepali speaking people, started to take control, taking away the rights to use Nepalese language, clothes, etc. Only English and Dzongkha language could be taught, and only Gho and Kira, national dresses could be worn.

One day at school Rimal could hear shouting and the rumbling of heavy trucks echo through the classroom walls. His teacher ordered them to pull on their Gho (traditional dress of Bhutan) and to rush home.

“We could see trucks coming” Rimal recalled. “We could see people with a flag, chanting,” confusion flooded in as he ran home.  What started out as political tension, turned more into a religious argument. People started to protest in the streets for the first time; schools shut down in the middle of the session.

Rimal learned later that it was a protest by Nepali speaking people. This grew into violence as schools in the Southern districts were shut down, arrests and murders were committed all within the following year.

Eventually, the Nepali speaking people were broken up into different classes, A, B, C, and D While class A and B were allowed to stay within the country, others either had to flee the country or be jailed.

With his brother under threat of arrest, Rimal’s father made a decision that would change his family’s life. He walked out to Rimal in the pasture to tell him the news. They left their home to begin the three day walk to the border.

When they pulled into the refugee camp in Nepal, thirteen families were crammed in their truck. They came to Sanishere, Nepal. Hundreds of plastic tents laid strewn all around the three-square mile area housing 20,000 people. 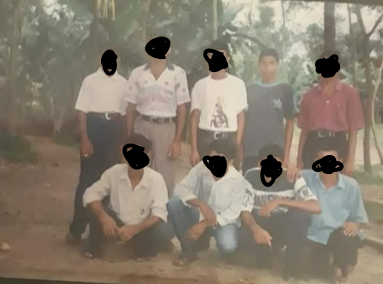 Rimal’s eldest sister was there a month before their arrival, and with no possessions of their own, they joined her group for the night. On the second day, they got a spot of their own.

It was monsoon season in Nepal, and the wind and rain caused a challenge for the family. “Our tent was not completely built,” says Rimal. “We got a storm in the night.” The plastic of the semi-built structure was stripped by the raging winds. They had no permanent shelter for years.

Rimal started to go school not long after arriving at the camp. There was not enough room for a school building, so class was held underneath a local tree. “Even though I was just in the first grade in Bhutan, at the refugee camp, I started from second grade.” 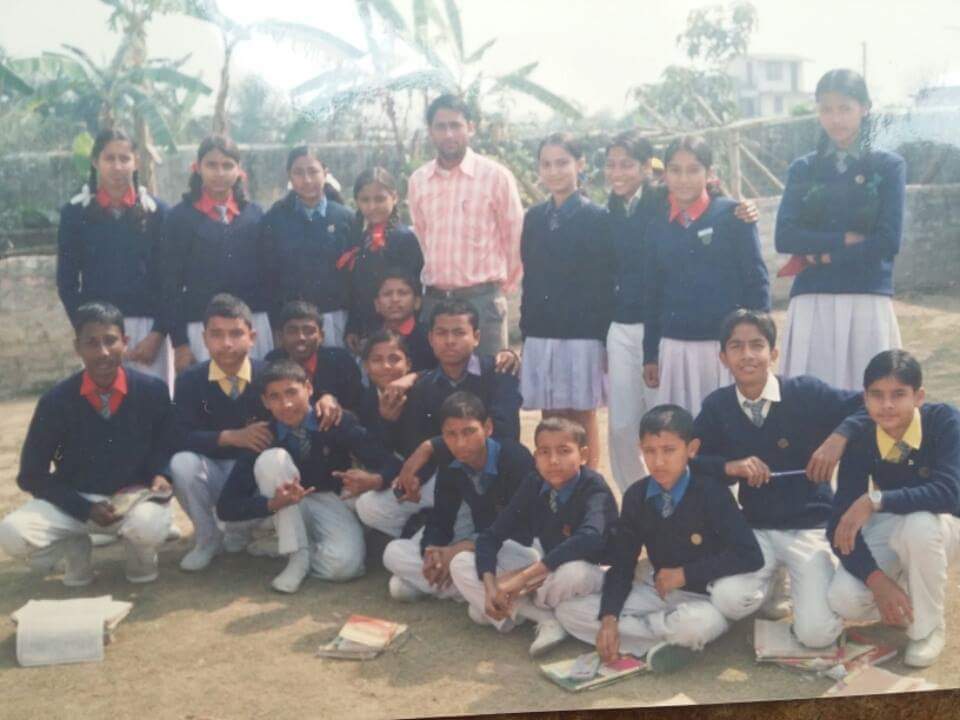 After two months, Rimal fell sick for almost a month, staying home from school. There was no medical unit in the area. They only had first aid and some painkillers. There was no protection against diseases such as Dysentery, Malaria, and Diarrhea.

“So many people died, so many kids died,” says Rimal. “Every day, was to see at least ten or more people taken to the graveyard or nearby river for cremation”

Over the years, many changes came to Rimal’s life in the camp. In 1993, the school got a plastic roof, floor, and places to sit. Summers in Nepal remained the same, with storms. With no radios or newspapers, there was no way to predict the weather besides the sky. If it became dark in the West, people would put out the fires with water. Within five to ten minutes, strong winds ripped through the area and thunderstorms soon followed.

During the storms, tree branches would crack. “Some would fall on the house and very often people were killed.”

Food was also a struggle for the community. With the low supply there were many meals left unaccounted for: “Sleeping with an empty stomach for a few nights was normal.”

In 1996, two clean water wells were in the camp, toilets were given to every family, and the school was completed renovated, with new bamboo walls, a blackboard, books and paper. School worked on a six day schedule,  eight periods each day, Saturday being a half day and Sunday being a holiday. Rimal also got involved in different organizations, such as the Red Cross and a children’s foundation.

When Rimal was in 9th grade, students created a math group to help each other learn since there was no Math teacher. “Maybe my teaching started from there.” says Rimal. “I was one of the students who used to teach geometry and trigonometry to my friends.”

Even though they had Nepalese ancestry, the refugees were not welcomed by the locals. Rimal was harassed and beaten often. “The worst part is just being a refugee,” says Rimal. “When they see you are a refugee, people only think of you as half human.”

In 2008, 16 years after Rimal’s family first settled at the refugee camp, the refugees were told they were going to be resettled in seven different countries throughout the world. Rimal’s family was broken up, some moving to the US while others ventured to the other countries. “I decided to come to Vermont,” says Rimal, “because of the temperature and the farm land, which I grew up on.”

He arrived in the United States in 2012. Finding the right job was difficult; the first few months were frustrating. When he started working as a nighttime dishwasher, his supervisor came up to him on his first day and told him he was not very good at his job and should find a new one. “Yeah, I am not good at cleaning the dishes,” Rimal replied, chuckling. “I am good at counting them.” 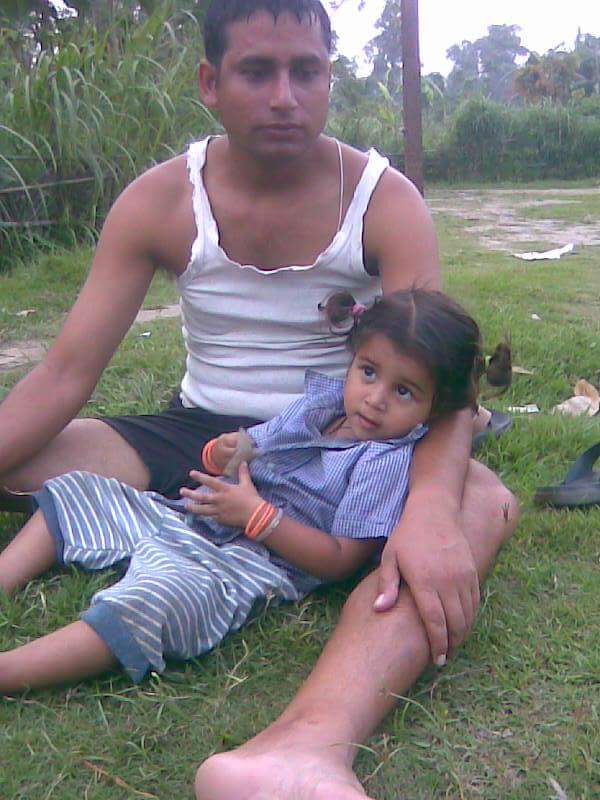 Eventually, Rimal’s friend from Sudan pointed him in the direction of teaching. Rimal applied for many different schools, one as a paraeducator in Chittenden County. He was interviewed two times and was hired at Winooski High School. He stayed there for four years as an instructional assistant and taught for seven months as a long-term sub in the math department. Rimal stopped a year ago, to further his education for his Master’s degree.

Now at U-32, Rimal is under the wing of Julie Kiefer, a veteran math teacher. They work in partnership to help the students grow. Julie says Rimal’s story is “a lesson in resilience in the face of hardship.”

“When I see the human being, I see them as me, not as a different person,” Rimal says.

“I’m proud that I have that human feeling, that I see everyone as an equal.”