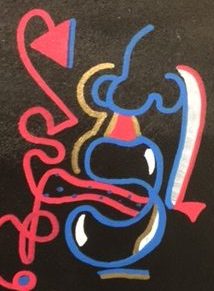 In one of the stalls in U-32’s girls’ bathroom, ‘Bill Nye the Science Guy’ is scratched into the black partition. The scratching is rough to the touch, almost as if the graffiti was written out of spite. In the boys’ bathroom you’ll encounter the casual penis drawing, or insults toward each others’ mothers. 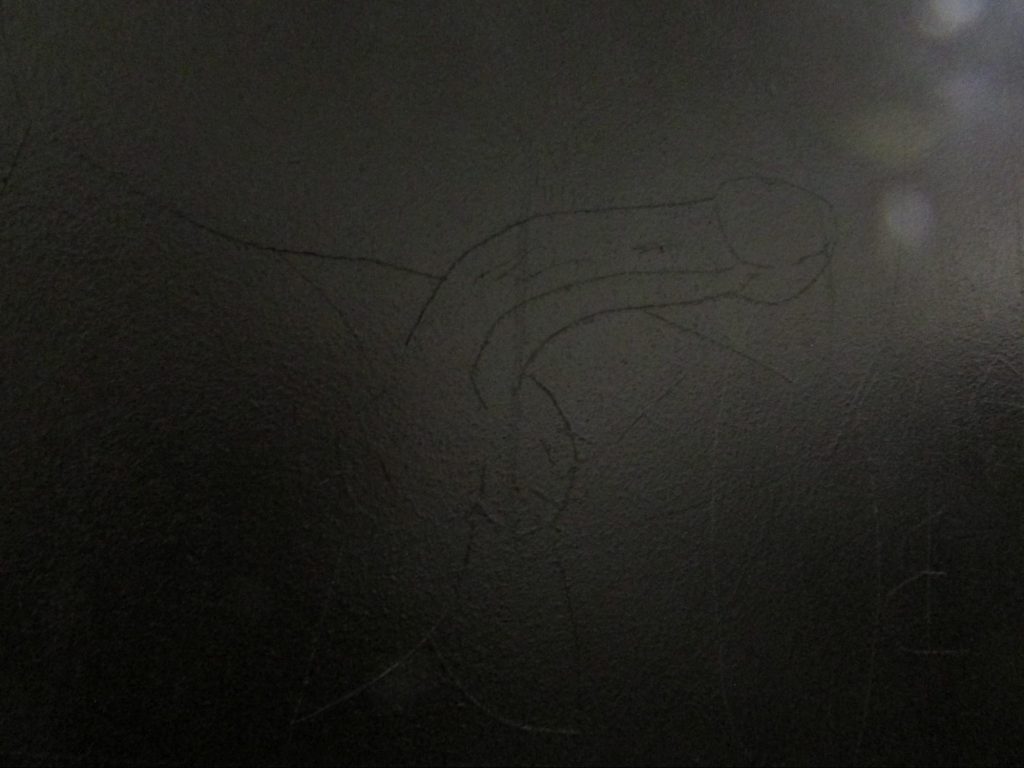 One of many profane etchings in the U-32 bathroom stalls.

Bathroom stall graffiti is plentiful at U-32. Some show emotional quotes, some are vulgar sketches, some are motivational messages, and some even have suicidal connotations. Can this graffiti be seen as a reflection of our school’s climate?

“I think people write what they’re trying to express because they’ll know that at least one person will see it,” said senior Shay Chantel. “As a culture, maybe that says something about emotions being overlooked and people find a way to cope by writing on the bathroom walls.” 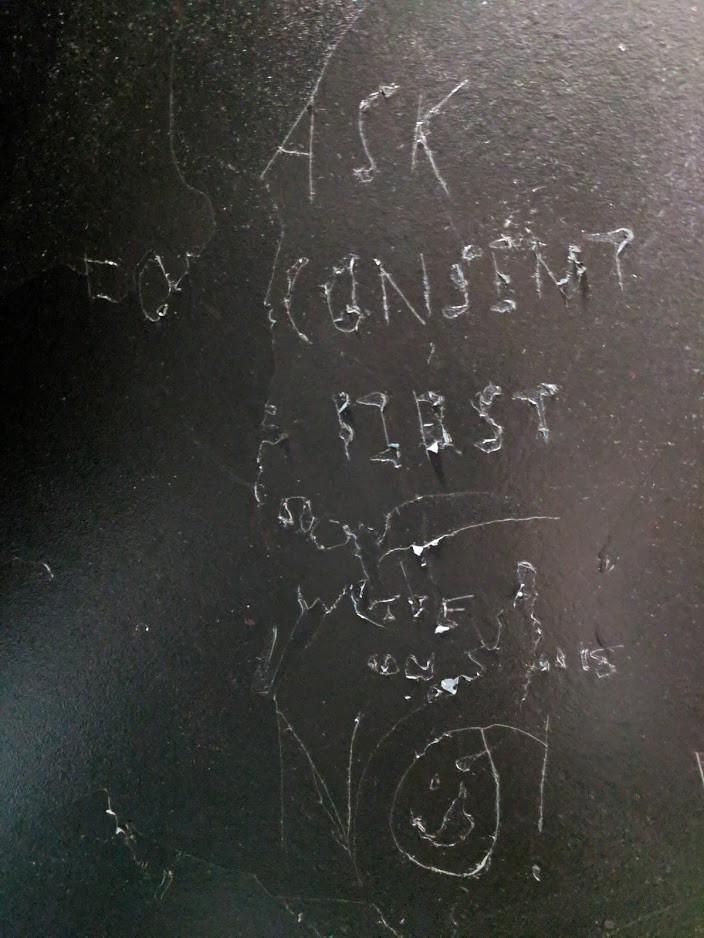 A message from the girls’ bathroom.

According to Sam Lakey, a custodian in U32, the graffiti in the girls’ bathroom is “not usually obscene, something like ‘build walls not borders’, very political. Others are very sad such as ‘why am I here?’”

“They (boys) love to draw pictures,” said Lakey, “those pictures even extend beyond the bathrooms and you’ll find pictures everywhere.” 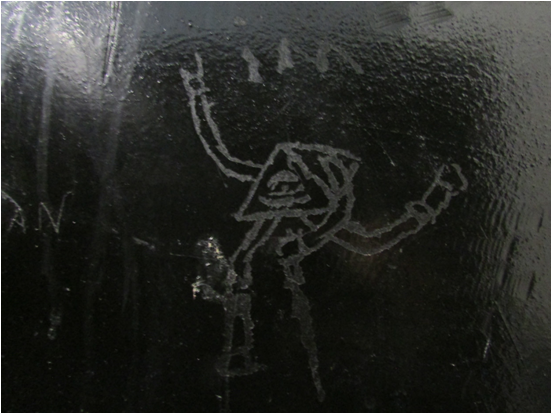 An illuminati figure found in a boys’ bathroom.

Graffiti is universal. Pamela Leong’s writing in The Conversation, a website known for articles made by researchers and academics, points out that graffiti in public bathrooms is mainly anonymous, and is made to be seen by people of the same sex.

Leong went into several public bathrooms and found that there was more graffiti written by women than men.

She found that most graffiti in women’s bathrooms consisted of supportive messages, poetry and scatological content. The graffiti seemed to be more artistic and positive toward other women; it was made to be seen.

The graffiti in the men’s bathroom, however, was more sexually explicit and comical. Most sketches are graphic images of male genitalia or insults towards someone else such as “your mom’s a p****y.”

Some see the graffiti as an act of defiance or a call for support. “To me, there seems to be a need for an outlet of expression,” said Roger Grow, the choir teacher at U-32 “but I also believe people think it’s rebellious too.” 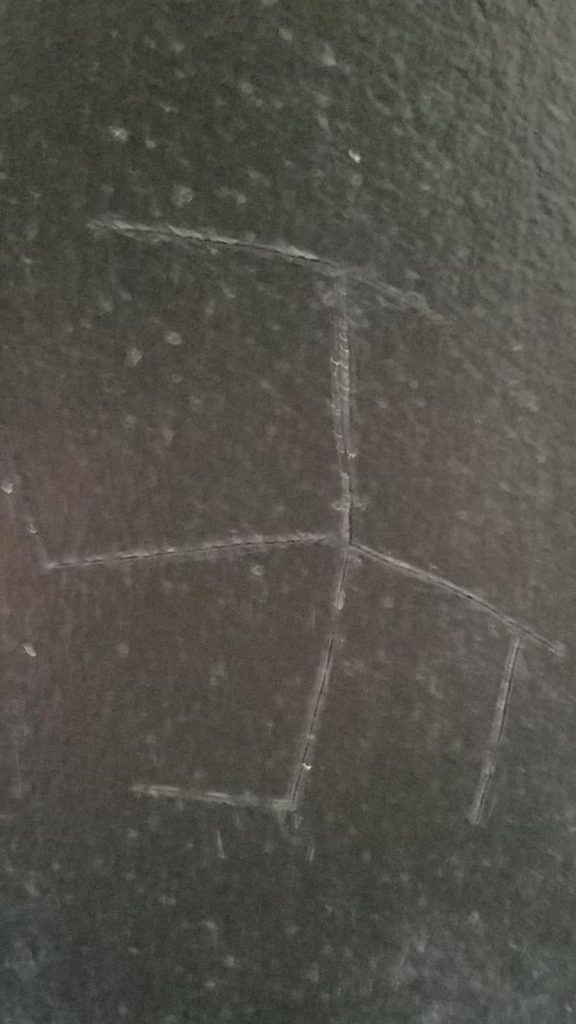 An incorrectly drawn swastika in one of the boy’s bathrooms. 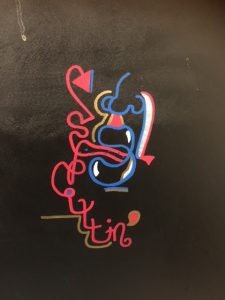 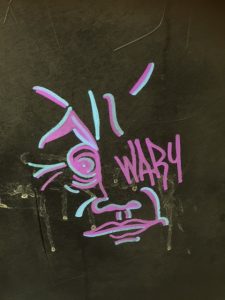 Colorful graffiti in the boy’s bathroom from 2015.