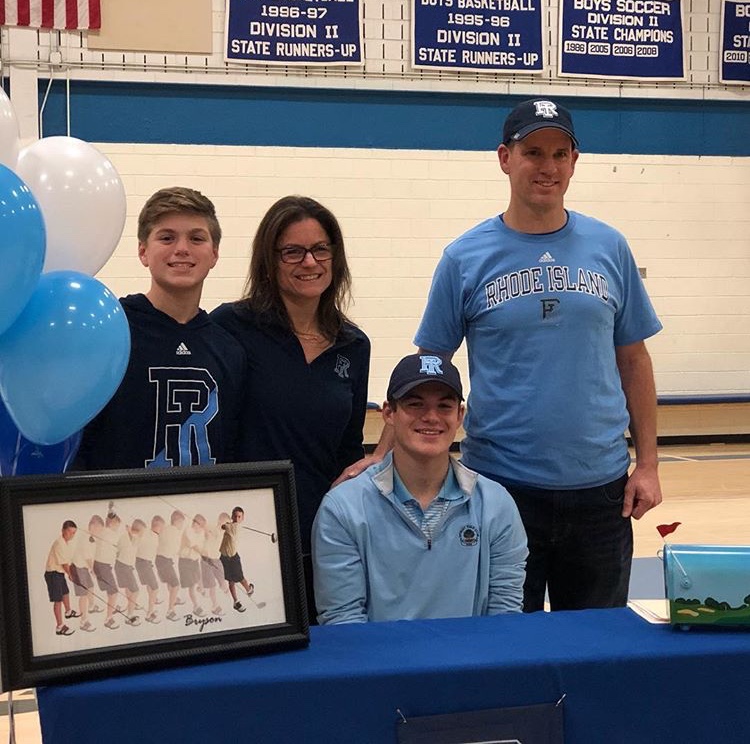 The gym’s ceiling fan buzzed over the silent crowd. Bryson Richards sat at a table with a blue cloth draped over it in the middle of the basketball court. Pictures covered the table, leaving just enough room for his arms and the papers that lay beneath them. A row of chairs set up to his right were filled with his closest friends and family. To the left, Hank Van Orman, U32’s athletic director, stood behind a podium smiling.

Bryson with parents, Rachel and Pete and brother Riley

Bryson Richards, a senior at U32, was preparing to sign his letter of intent to play Division 1 golf at the University of Rhode Island. Bryson began talking to college coaches in September of his sophomore year. After narrowing his choices to two schools, (Uconn and URI) on September 27, 2017, he verbally committed to URI.

“I went on a couple visits and spent some time with the guys there and it just felt right,” Richards says. “It’s also a little bit warmer weather so I can play deeper into the year.”

Hank Van Orman said that as far as he knows, this is the first signing day in U-32’s history. “I was very happy with how the signing day went,” he said. “I wanted to make it meaningful to Bryson and his family.” Hank also reached out to some of his colleagues who have been a part of signing days at other schools. “It’s amazing to see a student take that next step to the collegiate level,” Hank said. “It’s a huge compliment to all of his hard work and dedication.”

Bryson began his golfing career before he could walk. “My grandpa would bring me to the golf course and I would just watch from my baby carriage.” Bryson says. He started playing competitively when he was only 5 years old. “My dad would take me to Boston every weekend over the summer to play in tournaments,” he says. “When you start that young the game becomes ingrained in you.”

Bryson was happy with how his signing day went. “It was just a cultivating thing for me, having talked to coaches pretty early in my high school career,” Bryson said, “to finally make it official just topped everything off for me.”

In his high school career Bryson has an under par average every year and has won sectionals 3 times. Also winning states once. Outside of U32 Bryson has many golf achievements, a 9x MVP of the Boston tour, 3rd place in the Vermont Ameture, and a 2x times argus player of the year. 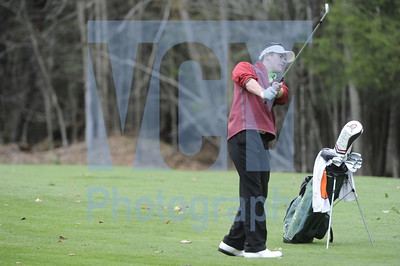 All of Bryson’s hardwork and dedication has clearly paid off as he will be attending URI next fall, where he’s planning to study Kinesiology and then moving to Physical Education. “Signing to a Division 1 school is big and I know that,” Bryson says. “I’m just lucky I have the support that I do.”