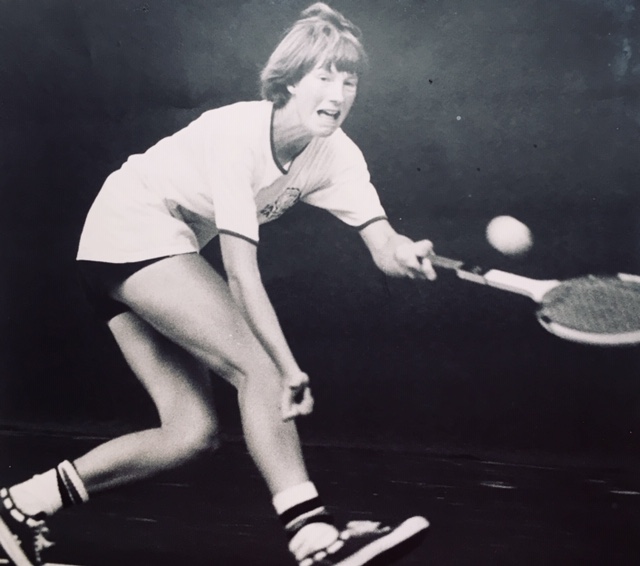 Editor’s Note: This is the third piece in a series about powerful women at U-32. Read the first part here and the second part here!

In the fall of 1985 Maggie Desch was supposed to return to Yale, to continue working on her PhD in biology, but she “just couldn’t go back.” Instead, Maggie found herself at a bike shop in Connecticut buying camping supplies and listening to a man map out a bike route back to her home state of Ohio.

40 years later, Maggie Desch is teaching biology at U-32. Her students describe her as “badass”, “enthusiastic”, and “passionate”, but she had a long journey to being the powerful woman we know.

Maggie grew up in the flat lands of Ohio, in a small town called Coldwater, the youngest of six siblings. Her dad was a florist, and her mom often assisted him at the shop.

Maggie was very athletic growing up, “every sport, every season.” She played volleyball, basketball, tennis and ran cross country as well as track in high school.

Coldwater had little opportunities: “When people are that isolated, it’s really scary.” Maggie had known five people who committed suicide by the time she was 18. “I always had that fear for me, if I didn’t have the support and love I needed…”

Maggie felt like she needed to escape. She decided to go to Denison University in Ohio, where she was recruited for Tennis but ended up playing basketball instead. At Denison, Maggie was amazed at the difference from her hometown: “I was like, oh my gosh there’s actually a hill and trees.” Maggie ended up majoring in Biology after spending a year in Virginia where she worked at a biological station and fell in love with plants. 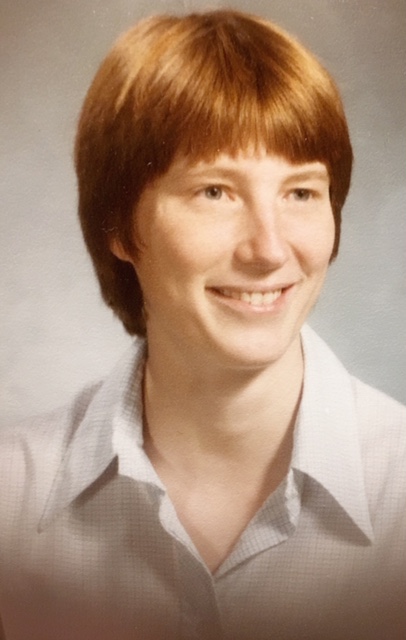 After graduating from Denison, Maggie decided to further her education at Yale graduate school. “Yale was a really cutthroat place, especially in my department and that wasn’t the kind of environment for me,” Desch said. “I played team sports, people are supposed to work together.“

Maggie went back to the Virginia biology station for the summer. She soon realized she couldn’t return to Yale and instead made a quick decision. She was going to bike from Connecticut to Ohio. 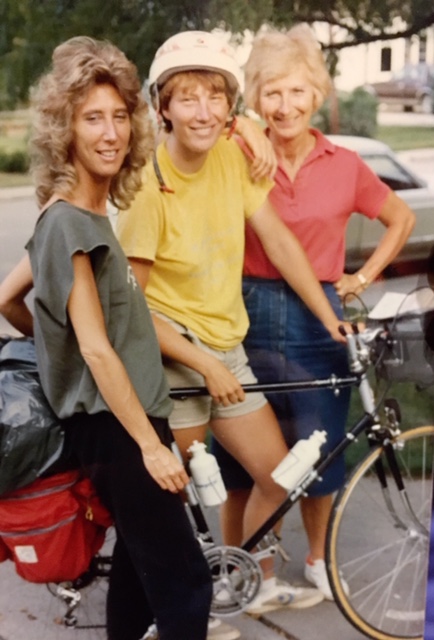 After purchasing equipment and mapping out her route she was off. For 2 weeks she lived off of blocks of cheese and gatorade. “I had a lot of weight on this little ten-speed bike,”  she said. “It was excruciating.”

Each night she knocked on a stranger’s door and asking to sleep in the backyard. She only got turned down twice.

Maggie was drained and doubtful of herself after crossing the mountains in Pennsylvania: “I thought I was going to be the first person to push my bike across America.” Eventually she made it to Ohio, and as she glided along the flat roads home she felt accomplished and powerful. 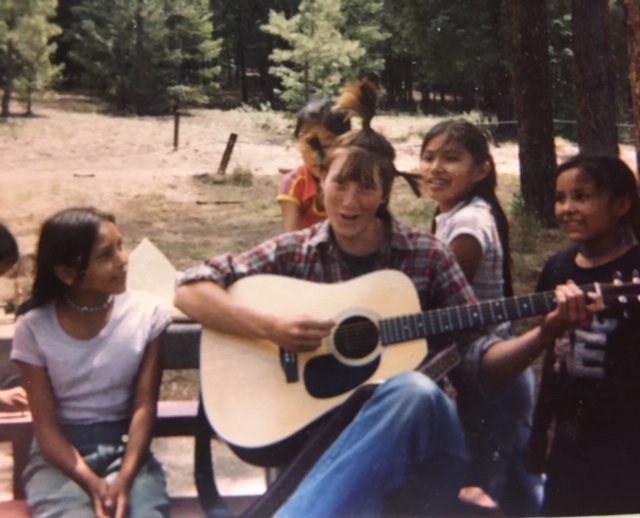 Once back home, Maggie’s dad helped her find a used car. Still lost, she drove back to Yale to wrap up some loose ends. A friend of Maggie suggested she visit Vermont. She borrowed some camping gear and headed north.

On a late rainy Sunday night, in September, Maggie stopped her car to set up camp in Southern Vermont.

In the morning she woke up thinking What am I even doing here? She packed up and made her way towards Burlington, open to opportunity.

She drove up route 7, coming upon a hitchhiker. “I vowed I would never pick up a hitchhiker, it just wasn’t a safe thing to do,” Desch said. “But I figured this would be safe, it was probably a young woman on her way to Burlington.” To Maggie’s surprise, she pulled over to let a man climb into her car, a very long haired man. He explained to her he was on his way to UVM to meet some buddies, inviting her to join him. Maggie ended up staying on his friend’s couch for a night, exploring Burlington the next day.

She had heard about a gay bar in the area. Growing up in secluded Ohio, she had never visited a gay bar: “It opened up at 6 o’clock on monday nights,” she said, “so I sat watching the world series game and waiting for 6 o’clock to come around.”

Once it was time, Maggie made her way to the bar and ordered an orange juice. While sitting at the bar, watching the news, three women sat a few seats down having a conversation with the bartender. Maggie sat, smiling ear to ear when the bartender came over to her, “What are you smiling at?” the bartender said. Maggie explained she was new in town and didn’t know anybody.

The three women across the bar invited her over, and once again Maggie was greeted with kindness. The women even offered she stayed at their house for the night, being she had no other place to go. Maggie ended up going back to their house and staying the night.

She was surprised to hear them telling her they’d all be gone in the morning at work but she should take her time. The next morning Maggie woke up alone in their house. She went to leave, walking out the front doors, she realized the house was right on Lake Champlain and right above that, the Adirondacks. “It was beautiful” she said. The lake was blue, the mountains in full bloom, orange, yellow, and red. Immediately Maggie felt she belonged. “That’s what made me move to Vermont,” Desch said, smiling thinking of the moment.

Maggie stayed in Vermont, worked at Kinko’s for a few years until she decided to start teaching. She went to Trinity College to get her Master’s and went to student teach at CVU before coming to U-32, becoming the impactful teacher we now know. 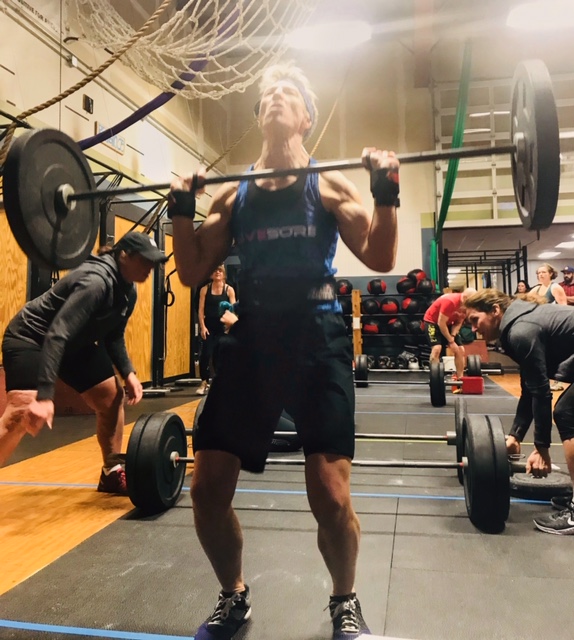 Throughout her life, Maggie has trusted her instincts. The one thing Maggie never felt unsure of was playing sports. Maggie is an athlete who has tried just about every sport from tennis to dragon boat racing. The commonality: they make her feel powerful.

“When I played hockey, it was absolutely a total rush,” Desch said. “Flying on the ice, that was incredibly empowering.”