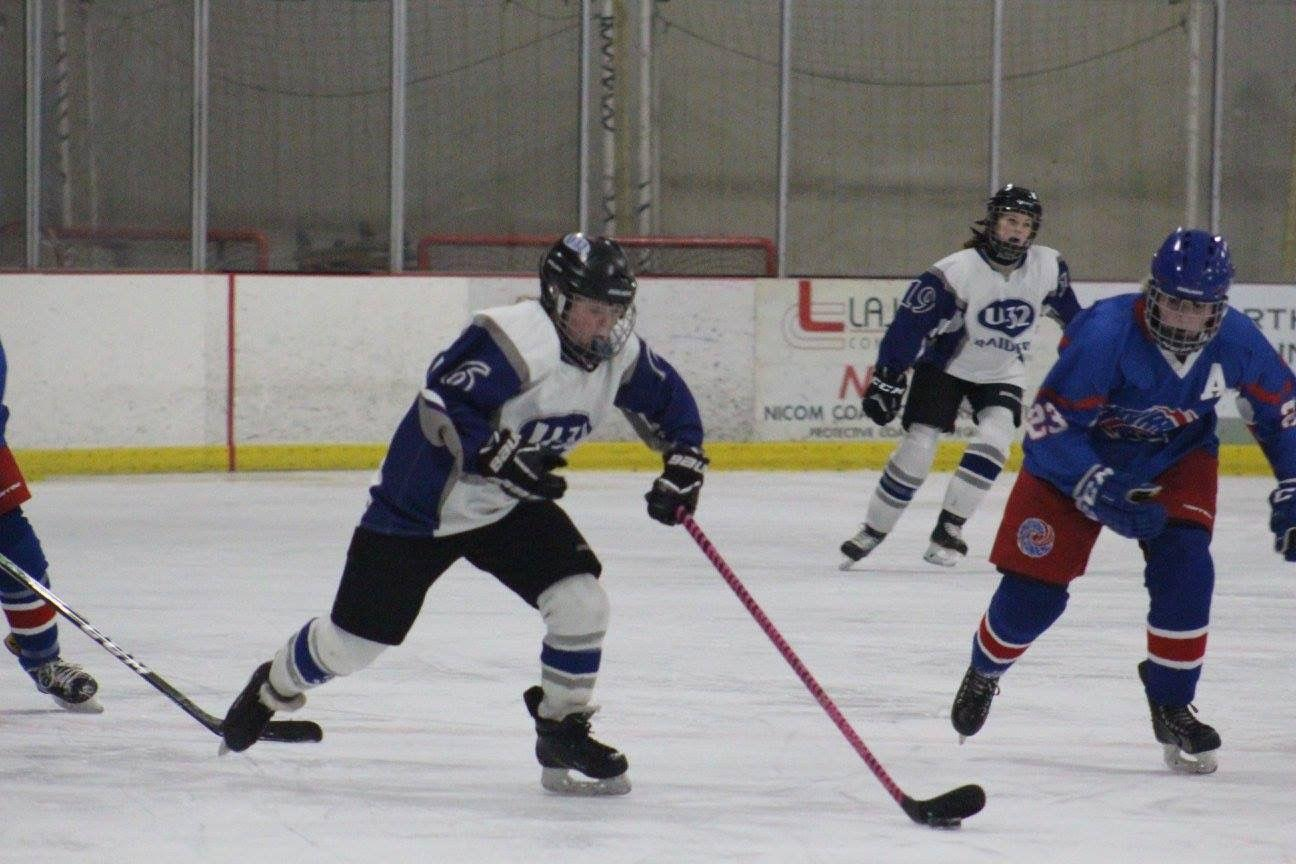 The winter sports season at U-32 is kicking into gear, so here are previews for each team as they get ready for the action. 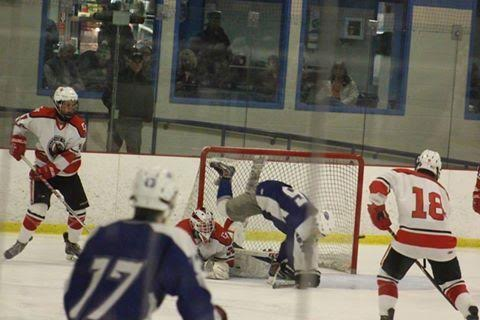 Last season, the 11-8-1 boys hockey team made it to the quarterfinals in the playoffs before falling to BFA Saint Albans. Playing in division I was a challenge for them, but this season they’ve returned to division II.

“In the last few years we’ve been rebuilding, and even though our last season in D1 was rough, our record wasn’t quite indicative of our quality as a team,” U-32 senior Malone Bruce said. “Last year we graduated a few key seniors: Coby Gillander, Luca Montore, Rory Hynes, and Zach Lague. Without these guys it’s definitely going to be an adjustment, but i’m confident in the younger guys to step up.”

Bruce is confident in his team, and knows that it comes from good bonds among the players. “The boys have a lot of heart, and our chemistry as a team both on the ice and in the locker room is one of the best i’ve seen in all of my years as an athlete,” Bruce said. “Being moved back into D2, I have high hopes for going late into playoffs this year, and hope that we can draw up a good student section at our home games! There are a bunch of players that are stepping up this season into big roles: Our goalie Kolby Tanner, and Greg Golonka on defense to name a few of them. Big games for us this year would be Spaulding, Harwood, and Northfield.”

Last winter, the U-32 Girls hockey team went 11-9-0 and made it to the semi-finals before losing to Rice. “Last year we graduated three seniors- a goalie, and two players,” Senior Peyton Kurrle said. “Despite missing these three important players, I am encouraged by incoming freshman and the improvement of our team last year. Last year was a building year for our team- we had a young team with many new players. Strong freshman like Allie Guthrie and Morgan Ribolini are joining us this year as forwards and paired with our top scorers including Renee Robert and Cece Curtin I’m hopeful that we can create some more scoring opportunities. Brianna Rich is in net this year, she’s really good and our defense should be strong and able to protect her.”

Kurrle is optimistic about her team’s chances this season, too.  “We will be competitive within our league this season. Personally, I want to settle some scores this time around, especially rival schools like Spaulding and Stowe, I know many of my teammates would agree with that.” 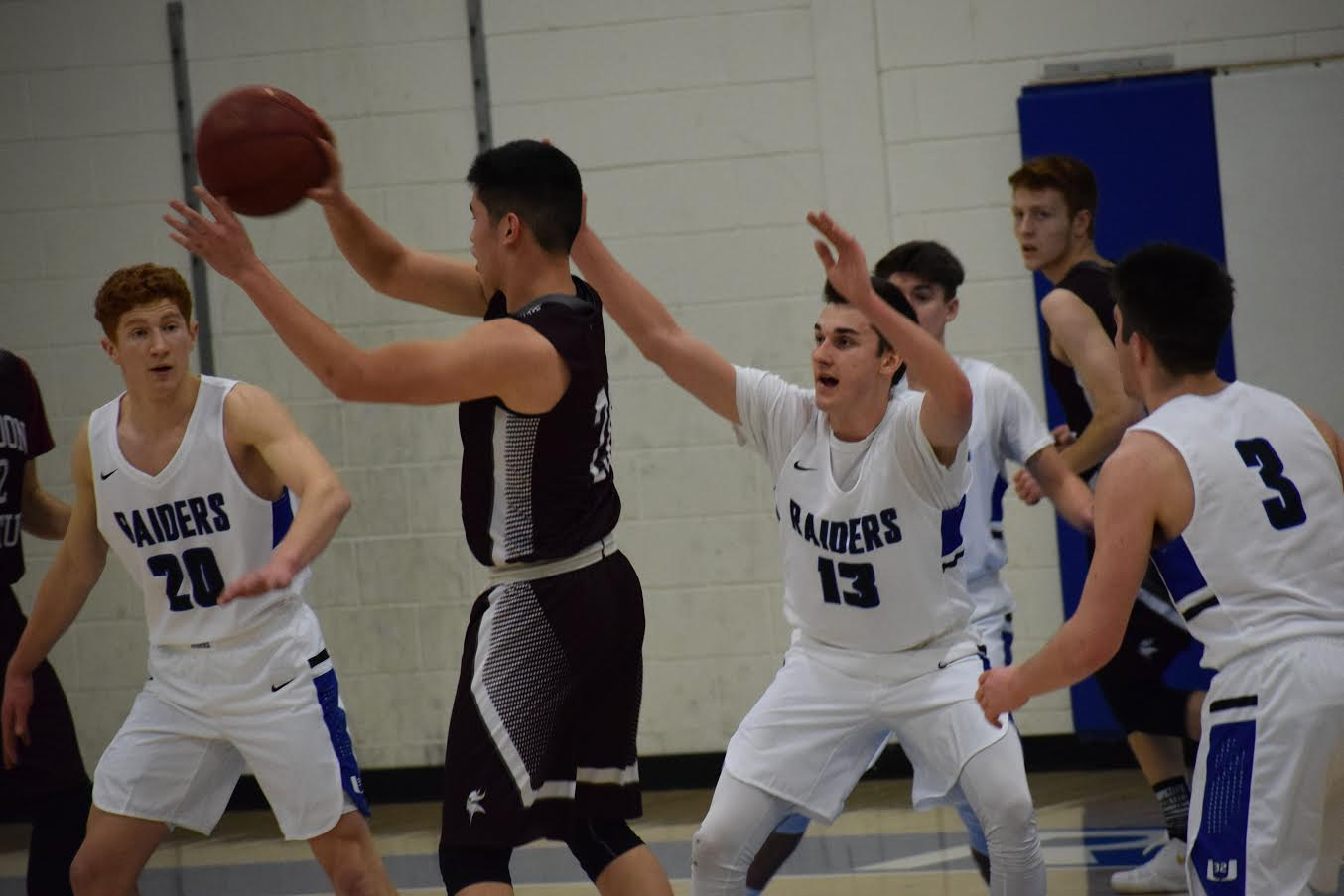 In the 2017-18 season, the division II U-32 boys basketball team had a 16-4 record, making it to the quarterfinals in playoffs before losing to Mt. Saint Joseph Academy.

“We are going to be good this year,” Senior Bryson Richards said. “(We’re) definitely a lot younger than we were last year, however our core group has played many games together in the past, whether it’s through AAU, Mini Metro and school ball. So far, we’ve had a promising pre-season strength and conditioning program that will absolutely benefit us come game one of our season.”

Though the team lost valuable seniors last season, they’re looking to do well with new, younger players. “We graduated four seniors last year. Hayden Roberge, Josh Farber, Trevor Day and Kyle Derosia. All big losses for us, however we have underclassmen coming in with a lot of talent,” Richards said. “I have nothing but excitement about the group of guys we will have this year, and I think we can make another run deep in the playoffs.” 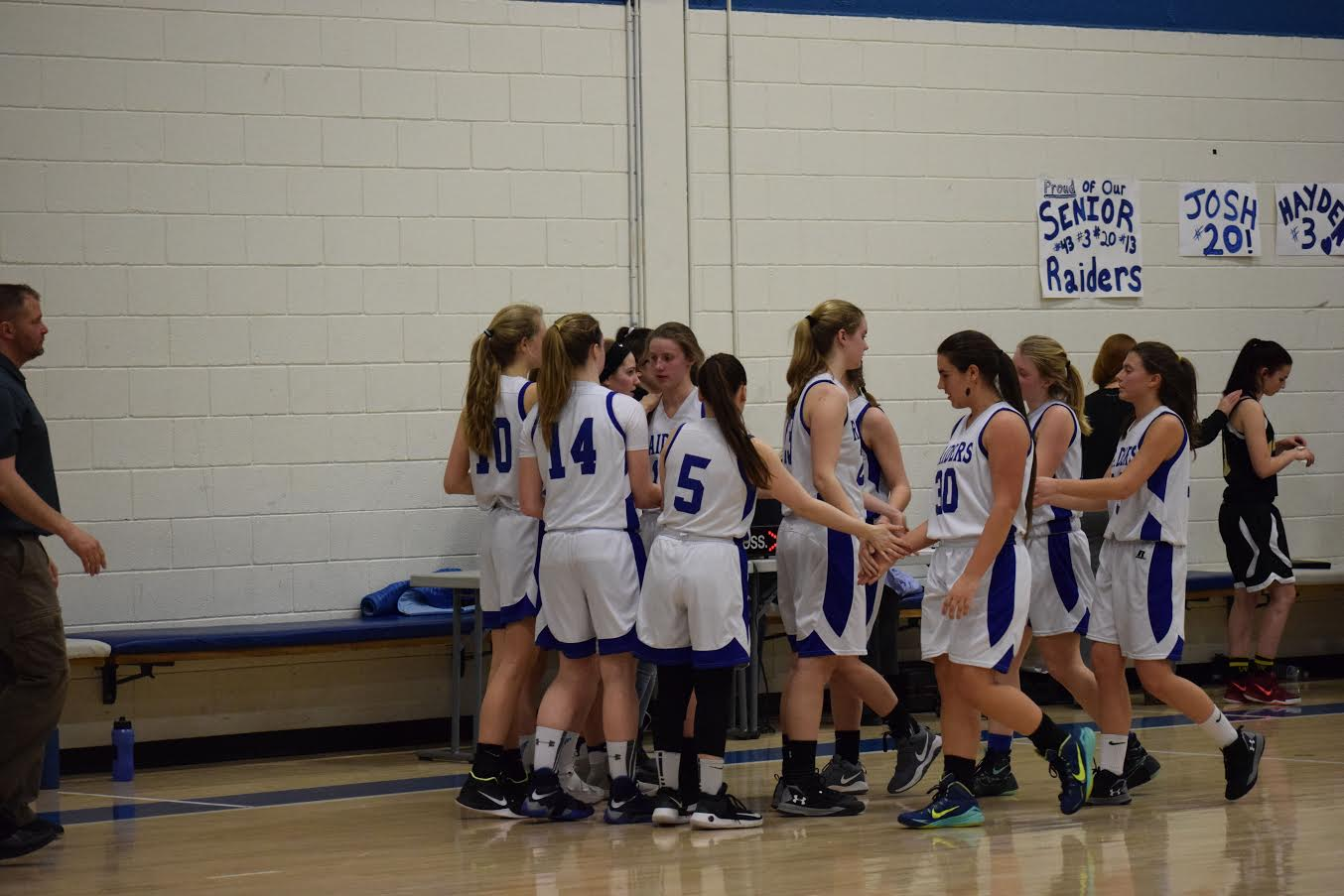 The girls basketball team finished their 2017-18 season with a 14-6 record, falling to Mill River UHS in the semi finals. This season, they’re returning with a mission to make a deep playoff run. “I believe that the girl’s varsity team will be as successful as we have been for the past three years,” senior Mikayla Farnum said.  “I have played with a lot of the underclassman who will be joining the varsity team through additional seasons outside of school, and they are a very talented group that is driven to succeed.”

The team graduated quite a few players, but Farnum is still very confident in the new players arriving. “Last year we lost five seniors: Emma Olmstead, Sam Fielder, Anna Richardson, Reilly Flye, and Jayden Hudson. They were a very skilled group who had been playing together since elementary school. They will definitely be missed this year, but I believe with the new group coming in, we will be able to get to the ‘Aud’ like we have the past three years.”

Farnum is also looking to make up for last season’s semi final loss. “We ended up losing to Mill River, who ended winning the state title, in the semifinal round of the playoffs last year. We will definitely be looking forward to settling the score with them.” 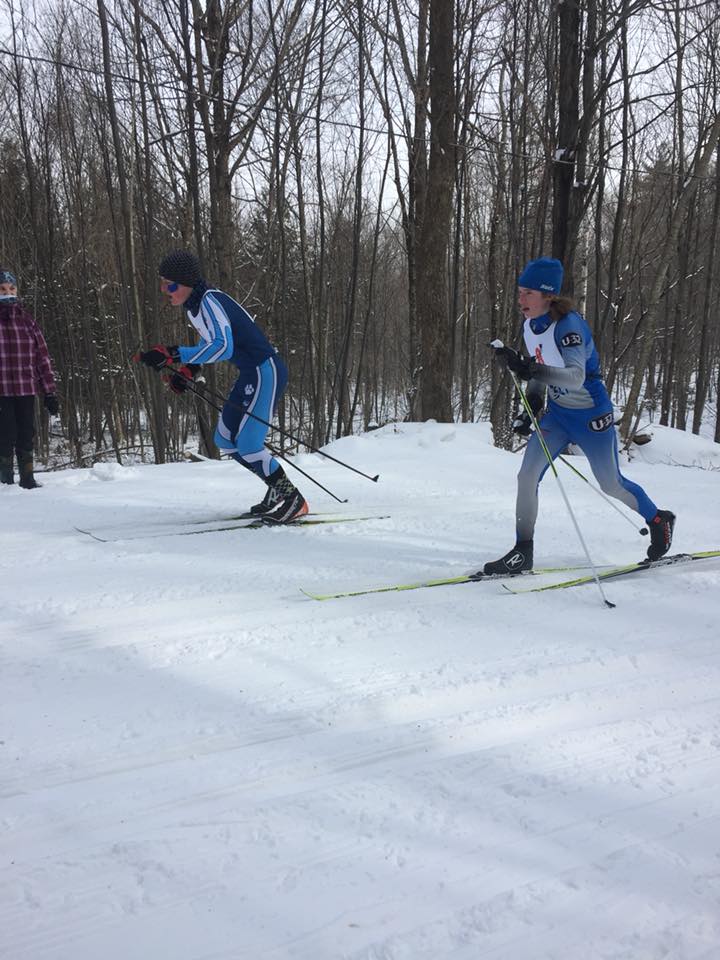 In the 2017-18 season, the boys placed second to Middlebury in Division II, and though the loss of two prominent skiers hits hard, the boys are confident that new talent can help out.

“We have a bunch of young guys who are all looking strong. Many of them put on big performances during cross country and that looks promising. We don’t have as many older guys this year which will certainly change the team dynamic but not badly,” sophomore Greyson Davis said. “We are definitely missing Nathan (Smoller) and Stephen (Looke). They were both powerhouses and were really reliable when it came to the stressful situations such as states relays. But fortunately we have guys stepping up to fill those spots and I think they’ll be up to the task as much as anybody is.”

U-32 senior Trevor Patterson is confident in his team, even though they’ve lost top finishers. “Despite what it may look like on paper, our team should be strong this year. We are returning two of our four scorers, (me and Greyson), and have tons of younger guys who are ready to step up and help out the team,” Patterson said. “The Kurts brothers and Hans (Krokenberger) both moved up in cross country this year which is generally a good indicator of how kids will do in the Nordic season. Along with this, we have a few other underclassmen who may be ready to crack the top four.” 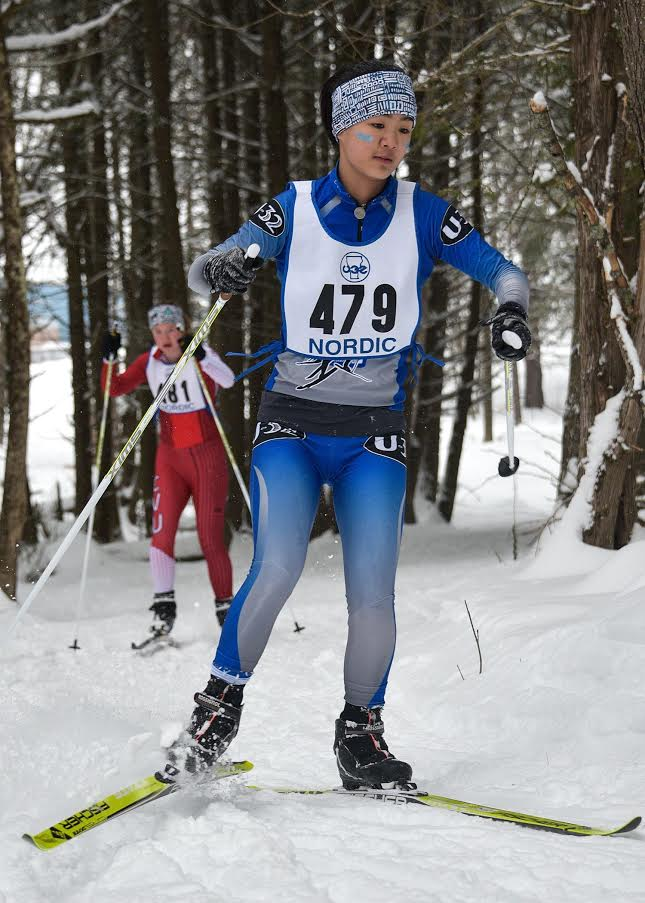 The girls Nordic ski team placed second overall in Division II last season, and this year they started getting ready for winter before the snow even arrived. “The girls come into the season with a positive attitude that this year will be ‘the best yet,’” U-32 junior Ginger Knight said. “With losing 3 seniors (Ruby Lamb, Alex Reilly, and Rebecca Thompson), it will definitely impact our team seeing how two of them were our top skiers. However, I know that our girl’s team will be strong and will work just as hard to gain back our losses.”

Knight is confident in her team this season, and hopes they can make a good run for the state title. “Even with a few of our top skiers gone, we still have the ability to maintain that position. Most of the team has been training since the summer and building their strength/endurance.  With our up-and-coming freshman and already strong girl’s team, I believe we have a good shot at taking the title back.”