“It Was a Lot of Fun!”: The Lauren Van Deren Story 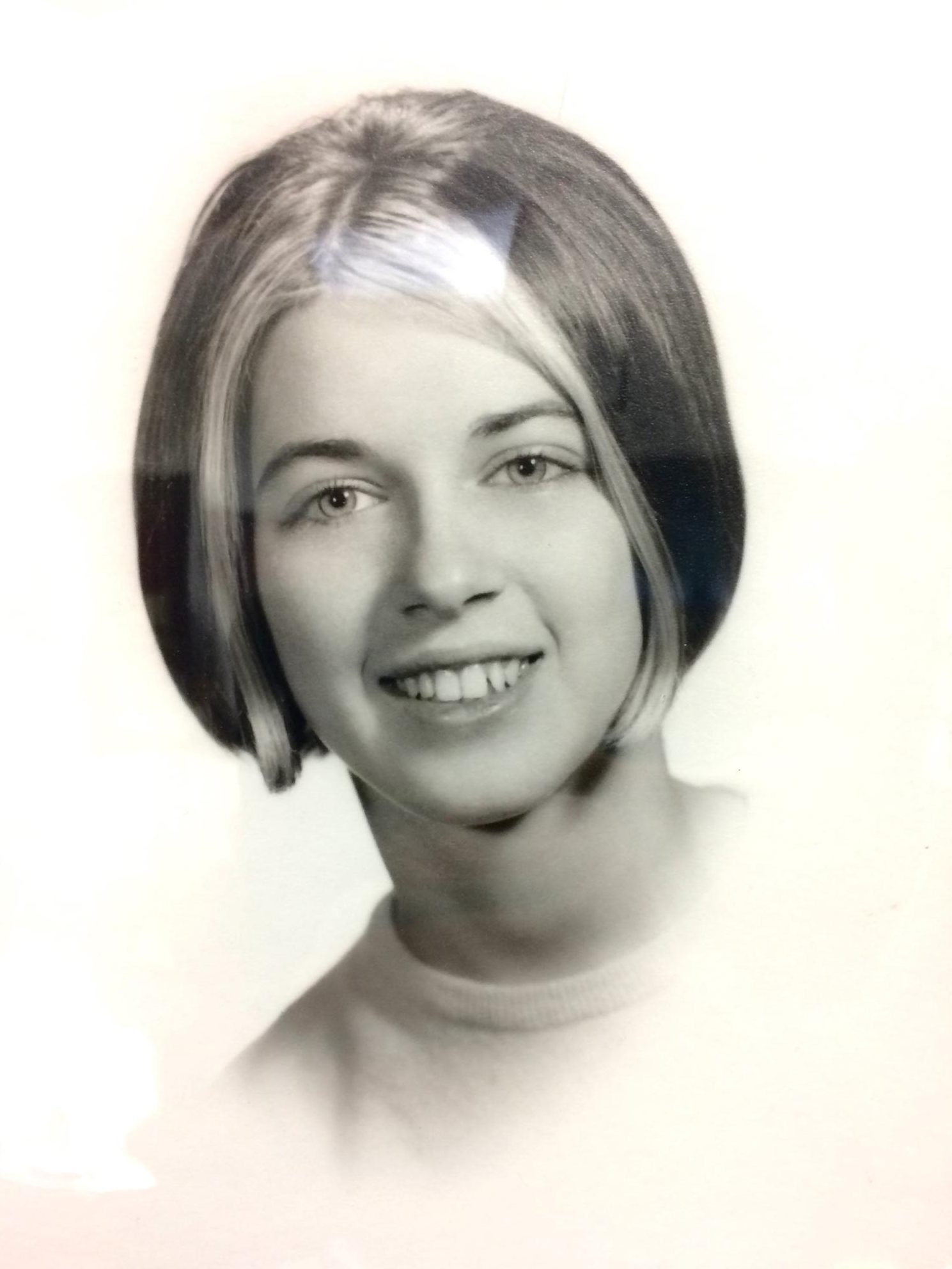 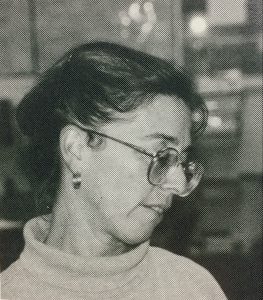 “You should get an A, for effort, just for getting me into this room!” Lauren van Deren laughs, settling into one of the plastic chairs in the brightly lit conference room.

“Cause “I’ve never talked to anyone else ever,” she smirks.

Lauren, who you can usually spot at her desk behind the two large computers, has sat down with me in one of the back conference rooms in student services to talk about her thirty years at U32.

What are some of your most memorable moments here?

I don’t know if I can talk about that! Oh my goodness! They all involve something really bad! I mean it wasn’t me that was bad, it was kids that were bad. Oh my god, let me think.

When John Coolidge was principal here, one day he had this big tie on. And he was this really tall big man. And he had this tie on, so I said “Nice tie John,” and pulled at it, and it came off! Because it was a clip on! He was mortified. 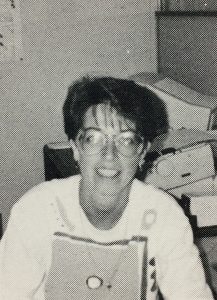 Do you have any regrets after 30 years of working here?

No. I don’t have one regret. I don’t even regret that I didn’t finish college. That’s what my father would say, “oh you never finished college no wonder you don’t make any money.” But it’s not always about money, it’s about getting up in the morning and feeling good.

You should never have any regrets about life. I don’t. I can’t think of one that I have. I mean there are things that I probably could have done differently to get myself into a different position, but I don’t regret what I did do, because it’s been a great journey.

What’s the hardest part of your job?

Sometimes it’s hard to watch children that are upset. You know sometimes kids come in and they’re upset, and sometimes I don’t like seeing that.

I only occasionally see kids that are upset. I think for the most part kids are pretty happy here. I mean the same things happen now, that happened when I was young. Seriously. It’s all the same.

There are the same problems, I just think now that kids have more access to technology it’s worse.

If someone was giving us a hard time at school–or if I was giving someone a hard time at school! Those people could go home after school. We didn’t have phones. There was no Facebook. There was an “ah, see you tomorrow.” So those kids had that 8-4 time they had to deal with all that stuff, and then it was over. And usually whatever it was, was blown over by the next day.

You know there was a big fight here a couple of weeks ago, and I remember the exact same thing happening at my high school. You know these two guys are gonna meet somewhere, they’re gonna fight. It’s all the same, it’s just fast forwarded 50 years and it’s more intense. But it’s all the same.

I don’t know, does that make any sense to you? Make it sound like I’m at least somewhat smart! 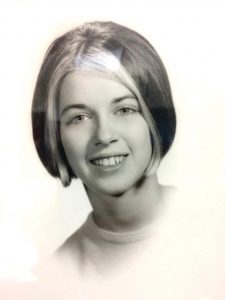 Have you always lived  in Vermont?

Yes, I was born in Barre, and I lived in Berlin my whole life. I went to Spaulding. And graduated from there, a long time ago!

After I went to college for three years, and then I left school. And I got married, and I moved to Germany with my husband, who was in the army at the time. And I lived there for almost two and a half years.

What did you do in Germany?

My husband was there, and I.. I had a great time in Germany! I loved it there. I had a little job, just at a snack bar at one of the service buildings making sandwiches.

Do you know any German?

A geradeaus-Straight Ahead! I can get you there!

It was fun, it was really fun. Then at the end of his tour, we traveled for a bunch more months in a Volkswagon bus. That we then shipped back to the United States. 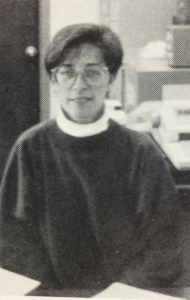 I like my job because of the connections that you make with people. I have students from the past who still come in to say hello.

One young man used to sit at my desk all the time, and one time I reprimanded him for it. And he still comes back to see me. He needed that.

This places just carries that feeling of home.

When my daughter was in seventh grade she wanted to go somewhere else for school. So we looked at different places around the area. Barre town, Williamstown. But when we came into U-32, and this was the old U-32, and the place was a disaster. But both of us walked into this building and instantly felt at home. This place just had a good feeling for me that first day, and that feeling still remains with me every time I walk into this building.

“Just don’t write anything silly.” Lauren jokes as I finish up my last question.

She waves silently to a colleague passing through the office.

“Do you have anything to add?” I ask.

“May I get out of here?!” Lauren says laughing.