The Making of Little Shop of Horrors: Part 4, “Theatre can save your life!” 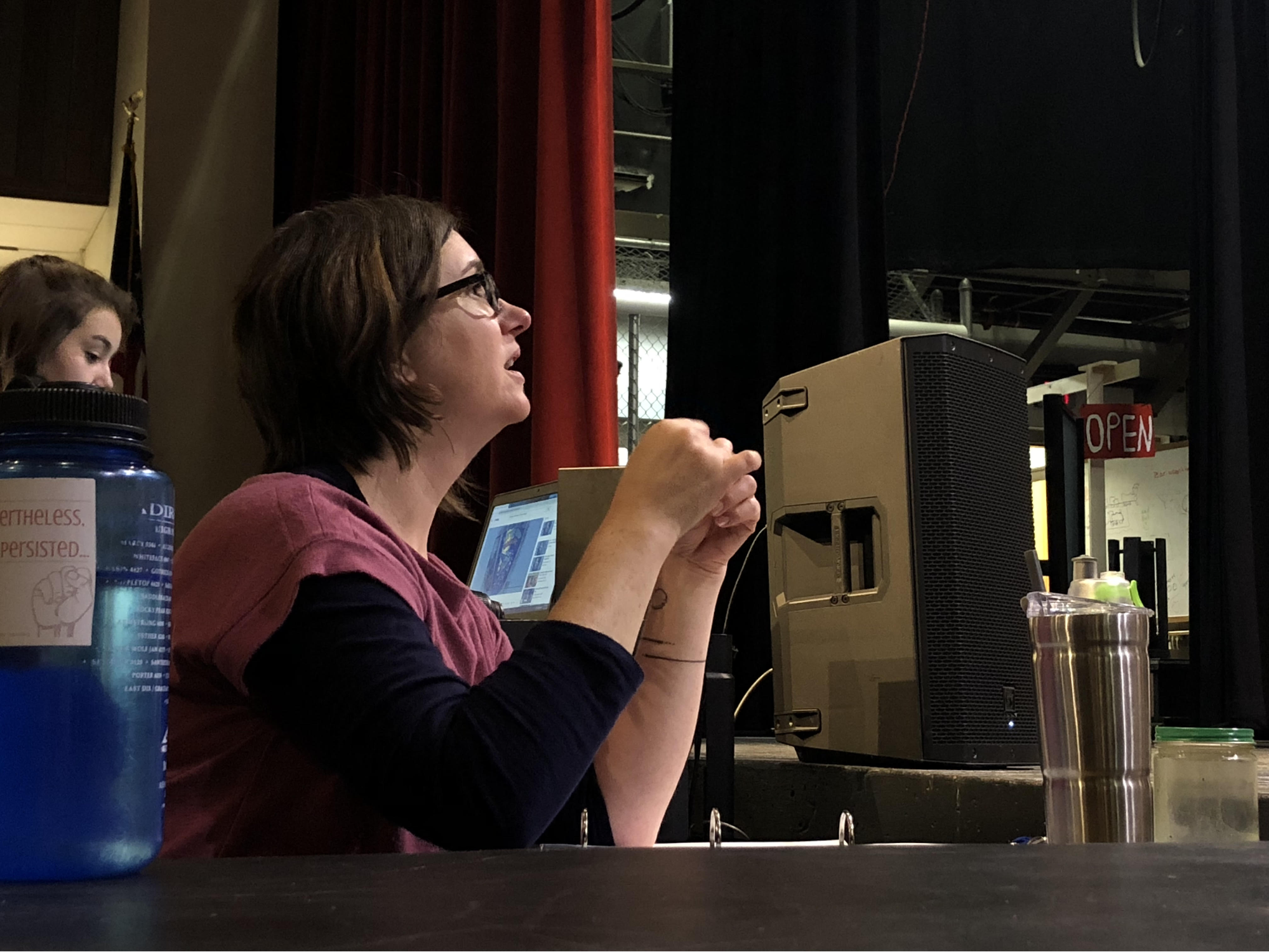 Seymour, played by Justin Murray, is screaming and throwing chairs around the stage. Erin Galligan-Baldwin, Stage 32’s director, is sitting at her desk below the stage.

“You could go really crazy here,” she calls out, “just run here and there.”

Justin thinks to himself for a second and says: “Can I do a somersault?”

Galligan-Baldwin is working on ‘Little Shop of Horrors’, the fall musical.  For Galligan-Baldwin, theatre is more than strictly working through scenes or blocking. She knows how it is to be in the shoes of a young actor. 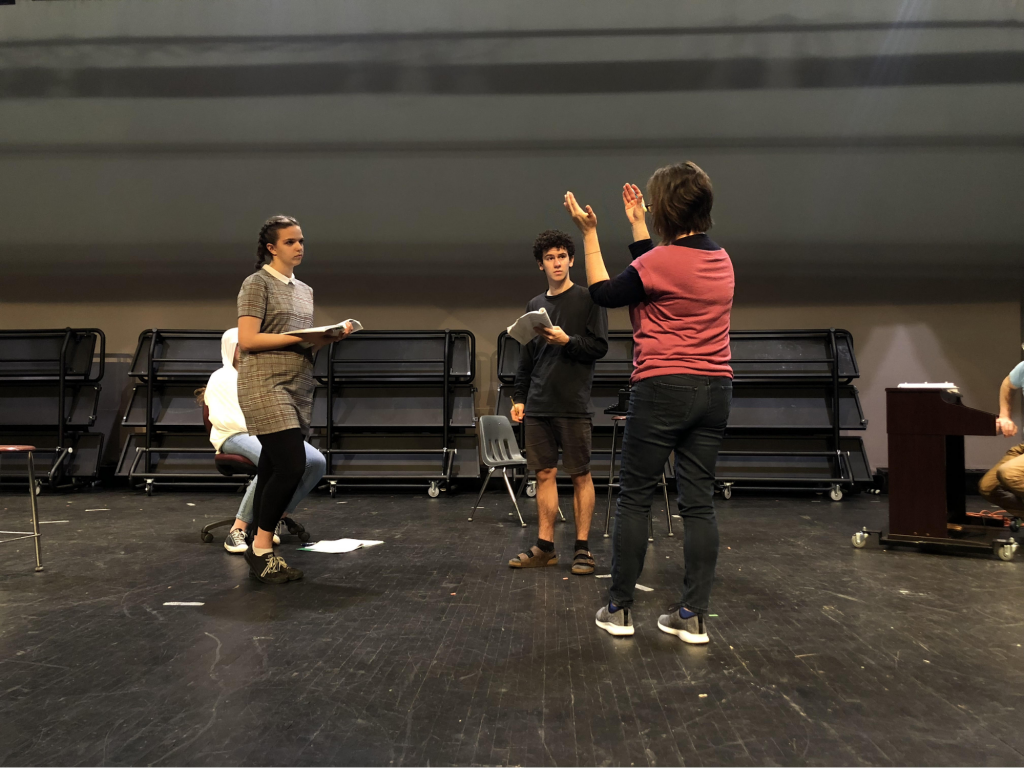 Erin had struggled with bullying when she was younger, so that’s why being in theatre made such a big impact on her. Erin began theatre when she was twelve, in the sixth grade play.

“When I found theatre it really made a huge difference in my life,” Erin said. “It gave me a voice, it gave me a place where I belonged and it valued my smarts.” 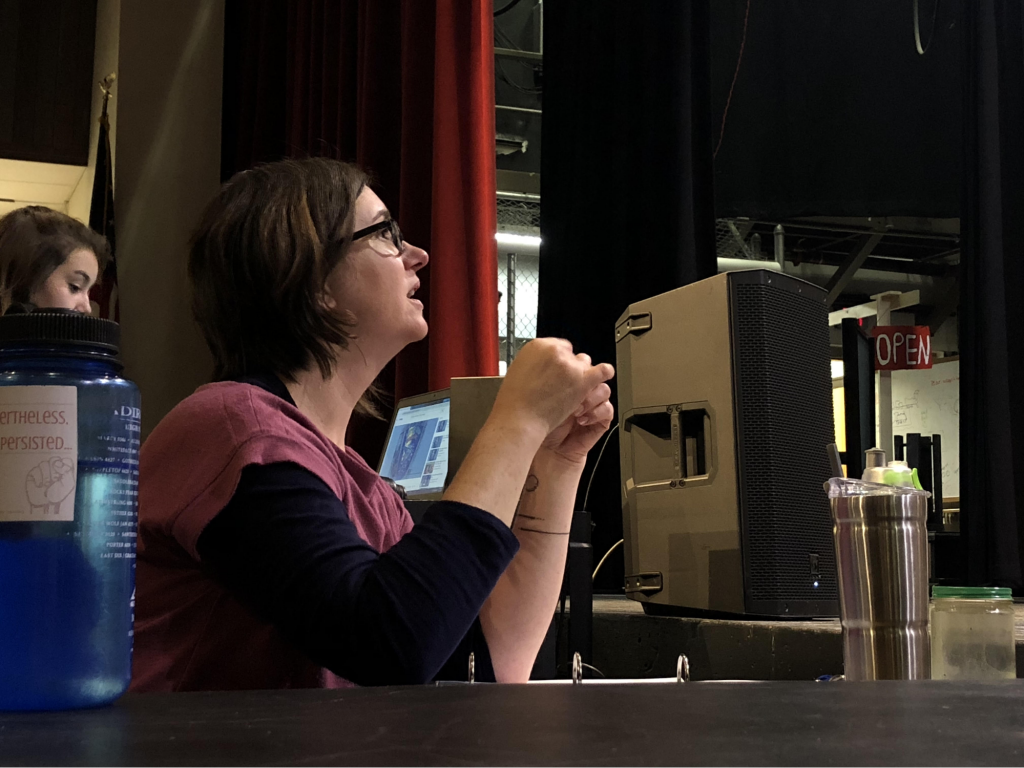 The scene continues on stage. Audrey Two, the man eating plant, played by Roger Grow, says “Come on Krelborn, Feed me! I ain’t eat since Mushnik and that was a week ago.”

Audrey, Seymour’s love interest, played by Sylvie Williams, walks onstage. Seymour continues to scream at the plant as he types on a typewriter.

From her desk, Erin types on her computer as she watches the scene come through.

“You know what could be funny in this part?” she says. “If you sit down and come back to work and Roger shouts again you’d become startled.”

Little Shop of Horrors stands out for the amount of props that it has, but it’s the story that counts “You could have all this fancy stuff on stage, but if you can’t tell your story, you can’t connect with the audience,” she says, “then it all falls flat.”

As Erin grew up, she began to see more value to educational theatre than anything else.  Erin says her experience acting and directing in New York is an ‘asset’, because she can bring professional perspective into Stage 32.

“One on one sessions with Erin are great,” Justin said, “especially when you’re in the theater, she really opens up and you get to know her a lot better and she gets to know you a lot better.” 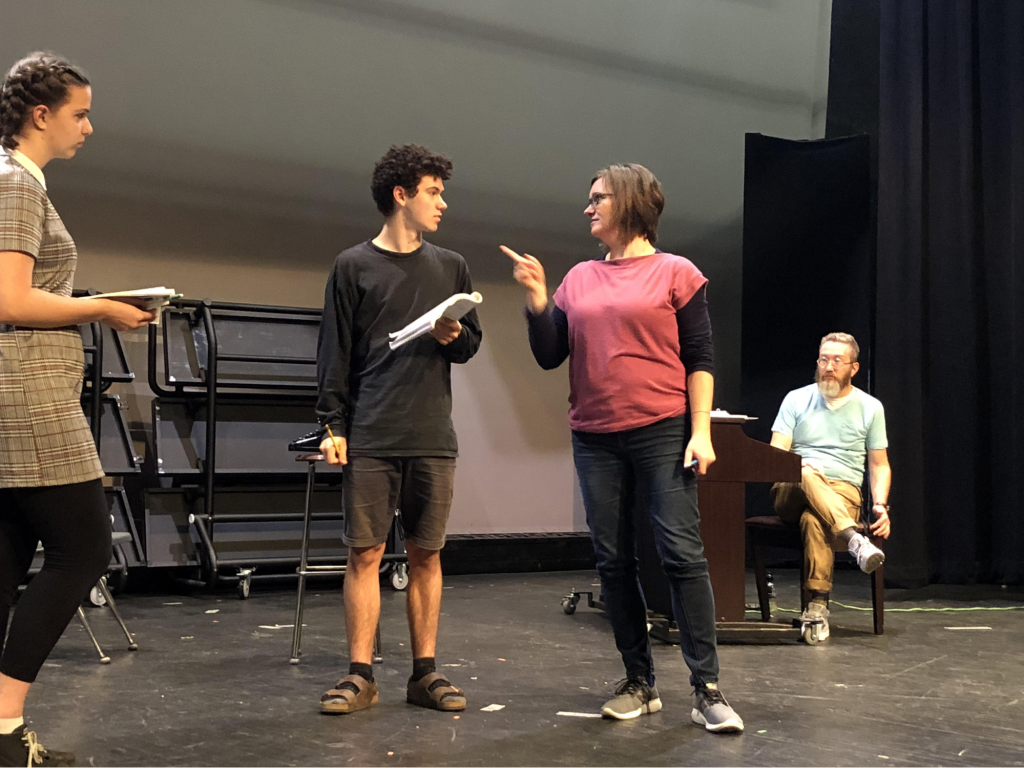 “I always find them extremely helpful and powerful to be with her and her enthusiasm for the script.”

The scene is coming to a close. Audrey walks into the store with a watering can, moving closer and closer towards the plant.  “Oh look at you, poor thing! You need some water!” 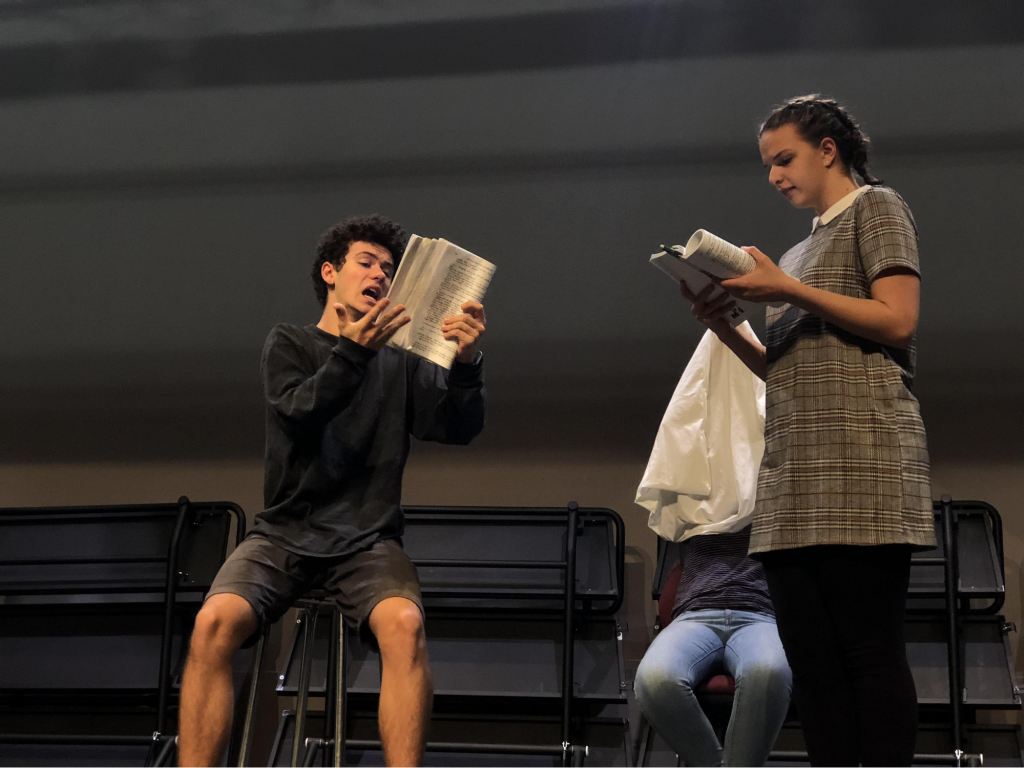 Erin sits back at her chair, watching what is about to happen.

“It’s really important for me to have a group here that is a home for students, that is welcoming and that when they are doing it they feel fully self expressed, safe, valued and they’re part of a team,” she says.

“Theatre can save your life!”