Scaffolding on the Statehouse: The Story of ‘Agriculture’ 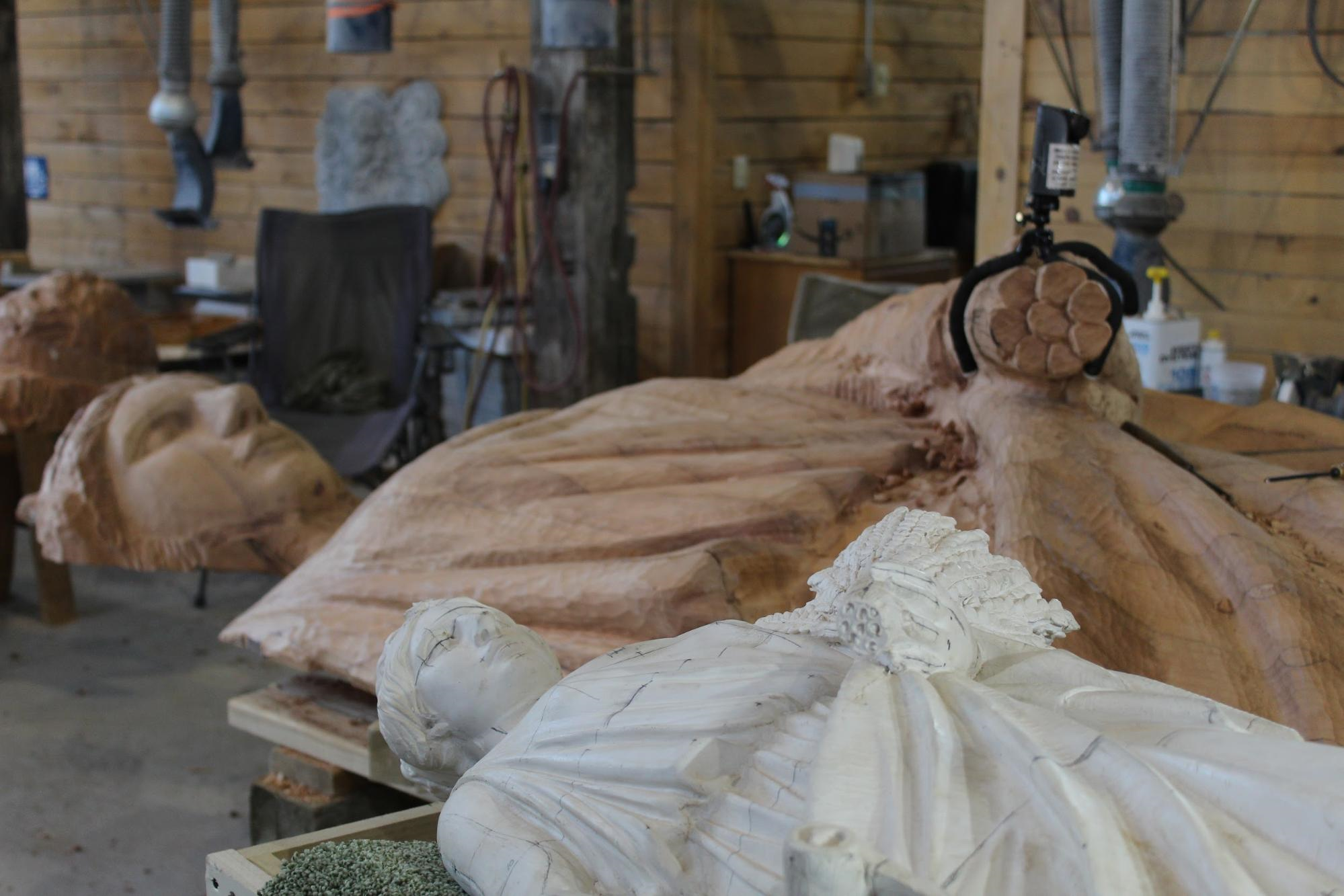 Chris Miller leans over a block of mahogany, chipping away at what will soon be Agriculture’s robe. He concentrates, hitting the chisel head with a wooden mallet. Agriculture, the statue formerly known as Ceres, will soon be the crowning jewel on the statehouse dome. 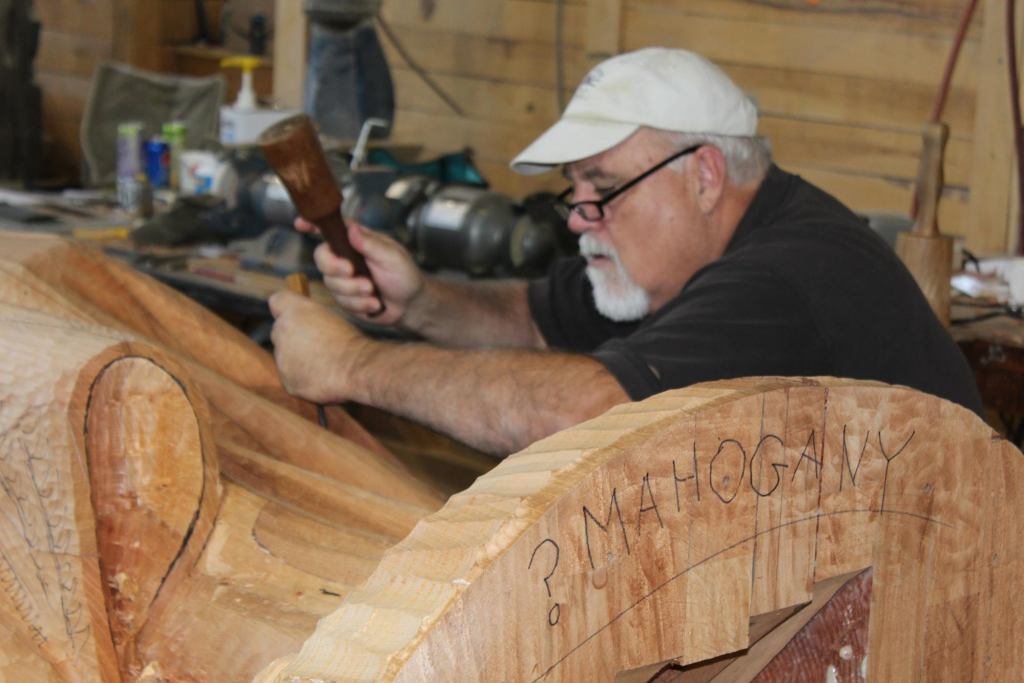 Miller is a local artist from Calais who got the job as Agriculture’s sculptor. Miller works carefully, using various sized chisels to perfect each of Agriculture’s gorgeous details. He chips off woodchips one by one, then sweeps them to the floor with a brush. When tourists walk in, he puts his work on pause and gleefully answers their questions.

When Miller agreed to carve Agriculture, he was told that it would be 14 feet tall. He planned and prepared, but when he saw the previous statue, he realized he hadn’t prepared enough. “The more it came down, the closer to the ground it got, I was like ‘oh no, what have I done?’” Miller laughed. Although it’s a big task, he’s is having fun with it, and enjoys working on the statue. “She smells fantastic,” Miller said, “very aromatic.”

The process of making the statue has been underway for over 5 months, but Chris has only been carving it for 2 months. Jerry Williams was hired alongside Chris to help make the statue. He sculpted a model out of clay, which was then turned into a plaster model that Chris is working from.

Miller’s projects are usually fairly small, such as signs or furniture. This 14 foot statue is a step up for him. “Big commissions in wood are very, very rare,” he said. “I guess I have the right skillset.”

Over the summer, the dome was stripped of its gold leaf, and completely re-gilded. The 23.75 karat leaf is hoped to last for another 40 to 60 years. The drum of the dome was repainted, and it’s windows, which are mostly original from 1859, were refurbished. “This was a major project we did this summer,” Jack Zeilenga, the assistant state curator said. All of this, plus the statue, cost the state roughly two million dollars. 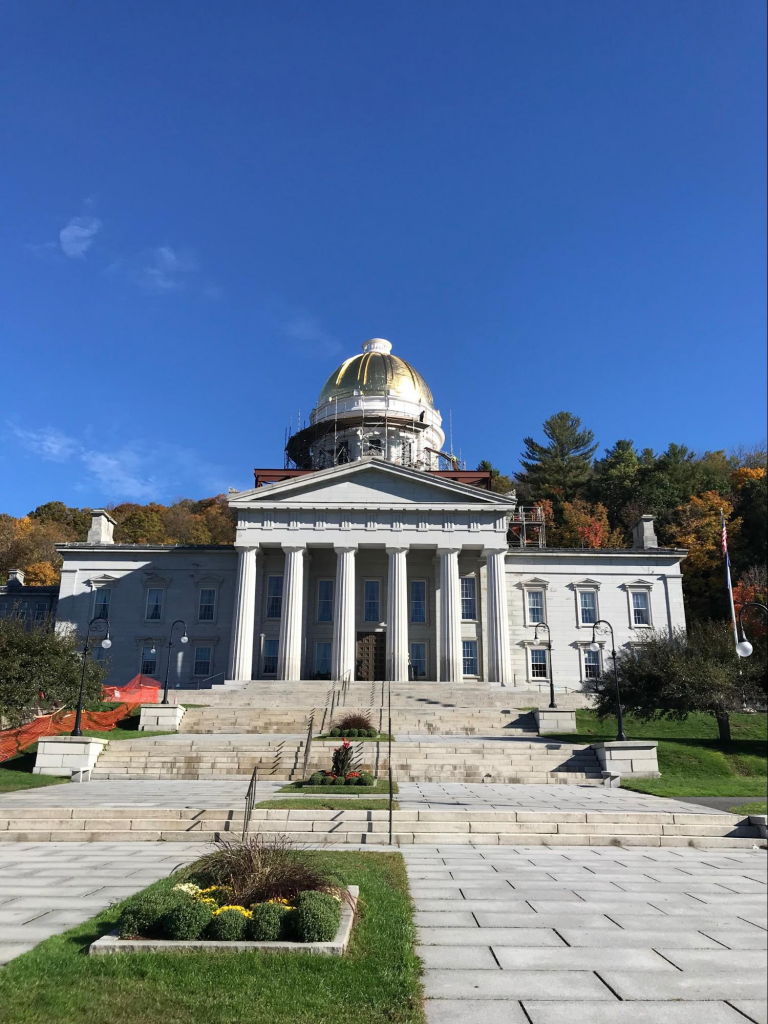 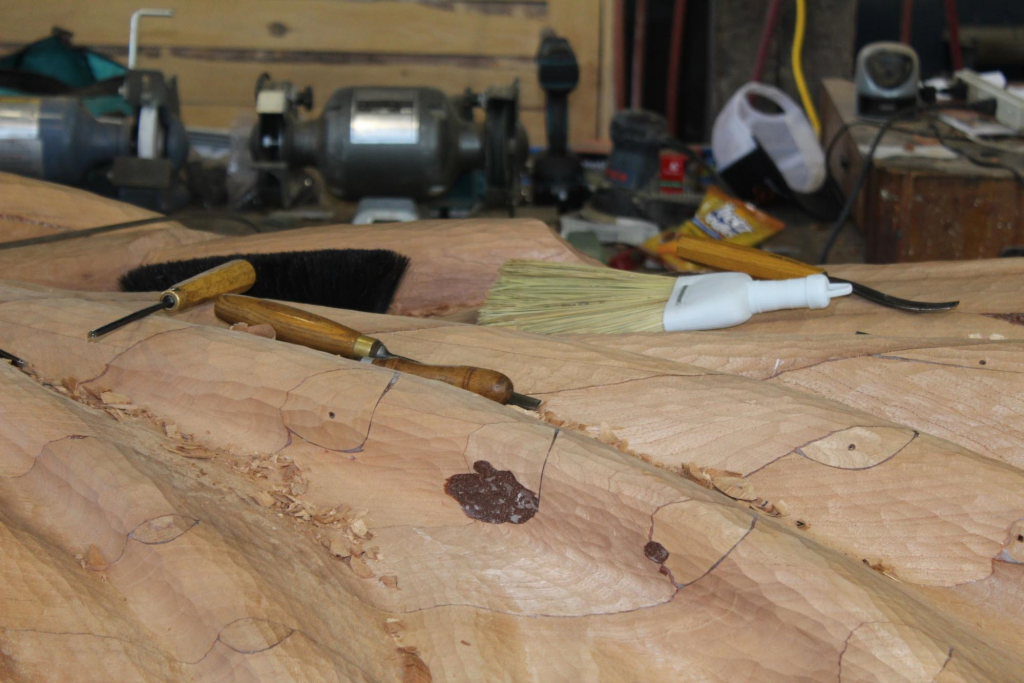 Much of the architecture of the statehouse is as old as the statehouse itself. For example, the staircase inside the dome: “We believe that staircase is original to 1859,” Zeilenga said. “It feels that way when you walk on it- it is a little bit scary.” 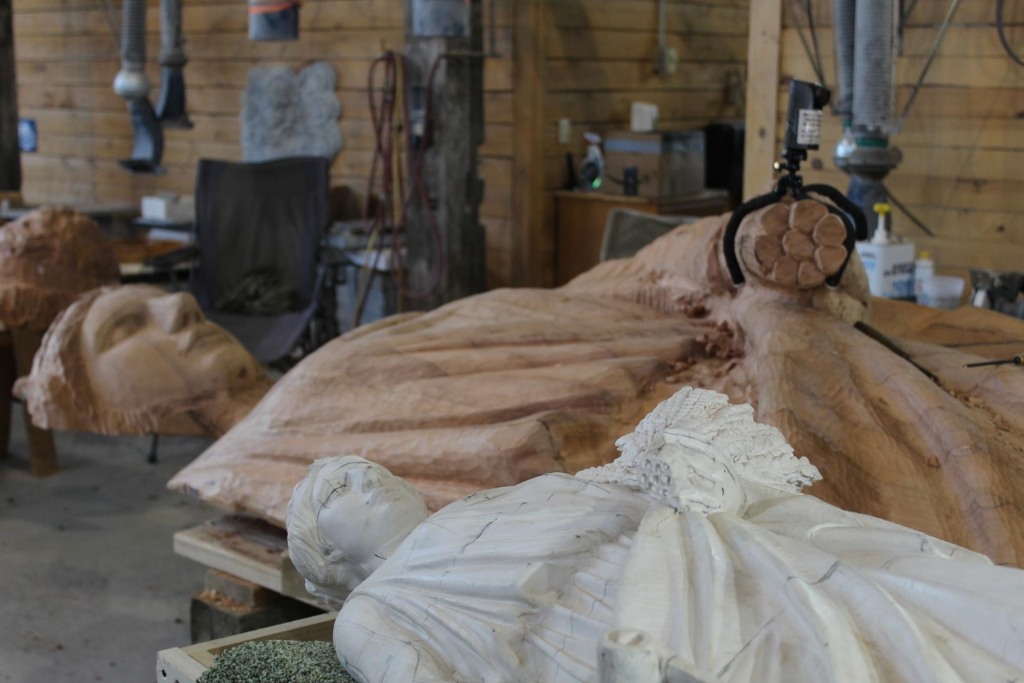 Ceres 2, the previous statue, had served her time. “There was a lot of rot,” Zeilenga said, “so we know we made the right decision taking it down.” She’s now drying out in a warehouse, and will hopefully be put in the Historical Society Museum. As Miller worked and conversed with onlookers, he explained this to them, but with a bit more humor. “She may be all mushrooms,” he chuckled.

Agriculture is made out of “sustainably-sourced Mahogany” in hopes that it’ll last longer. The process has been carefully thought out so the new statue can last longer without rotting. “We’re hoping to use an oil that’s going to stain it and preserve it,” Zeilenga said. 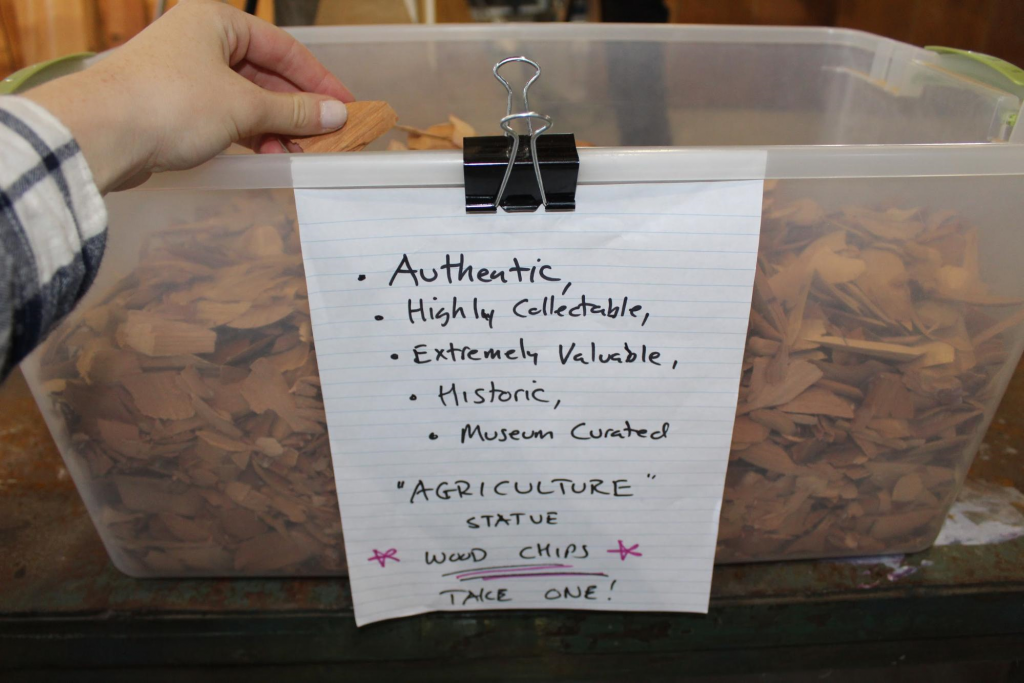 Agriculture is scheduled to be up on the Statehouse by the end of November, but could be later, depending on when Miller is done. “Chris is plugging away on that,” Zeilenga said, referring to the statue, “we’re not entirely sure of when he’ll be done, but it’s not something that we want to rush.”