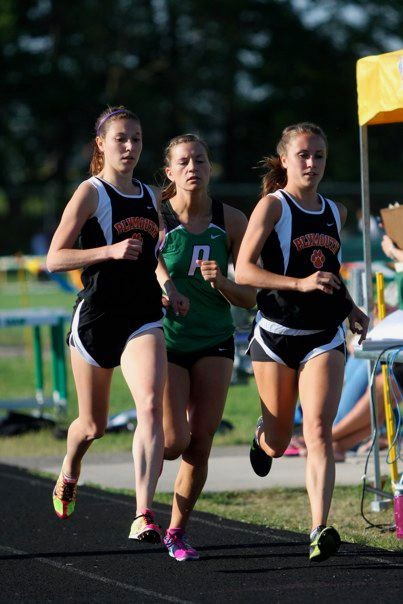 Editor’s Note: This piece is the first in a series of Character Profiles written by freshmen in Comp. and Lit. about important people in their lives. Freshman, Maeve Hoffert wrote this piece about her brother’s girlfriend. 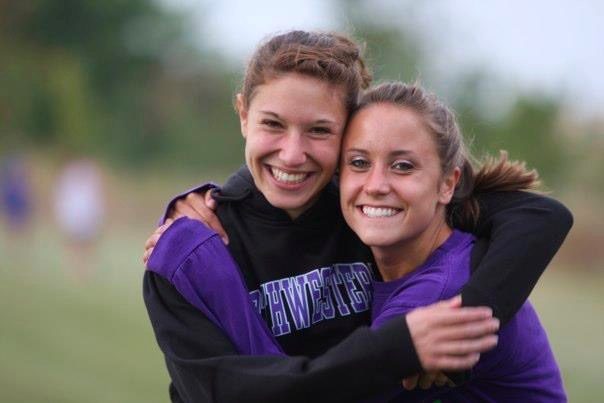 Niki (left) with a friend.

Running had always been in her life. Cross country in the fall and track in the spring. It was one of her passions, and she loved it. Every summer and winter she ran, trained, and got strong.

“I remember going to the doctor, and finding out that I had a stress fracture. In that moment I remember feeling sorry for myself a little bit, and like the world was letting me down. I thought it wasn’t fair that my bones weren’t strong enough, but that was only how I outwardly felt. Internally I think I kind of knew that I hadn’t trained enough and hadn’t been as productive as I should have been, but it was hard to come to terms with that.”

Freshman and sophomore years with Nicola “Niki” Rhyan were good. They went to states both years.

Niki was a junior in high school when she received the news that she couldn’t run for almost all of the season. Niki was 5’7” with chocolate brown hair and laughing brown eyes that gave a joyful, confident air around her. When she ran, her eyes had a competitive gleam- she was there to do business.

“I decided then that it wasn’t going to matter. I was going to qualify for states, and I set that as my new goal.” Looking back that was perhaps not the most realistic, but she believed with enough swimming and biking she could achieve her goal.

As Niki went through the year, she was training as much as she could. “Lots of time on the bike, and lots of time in the water, and then sectionals came around, and I was all ready to go.” Or so she thought. Niki spent the season training and was set on going to states. The way she would achieve that in a big state like Wisconsin, is by going to regionals, sectionals, and then states. She would have to be top three in each of those races to continue on. Niki had been training hard, however she had not been able to do any actual running. “My legs were not ready to run,” she says now, but being and irrational teenager, she was going to compete.

The black track, the warm day, and the nervous energy made for an exciting and nerve-racking experience. She stepped up to the start line for the mile run, which was the first race of the meet. The air was charged, but she felt ready. She had trained hard, and she would go to states. The gun let out a sharp crack, and they were off, running like the wind. Niki had made it around the first lap and was doing well, but then she got tripped by a girl running next to her. She stumbled, somersaulted, and then fell flat on her face.

“By the time I was back on my feet everyone was a solid 100 feet in front of me,” and so, she started to sprint. “I ran the fastest 400 I probably have ever run to catch up to those girls.” However, there were downsides to catching up to the others. When she reached them, she absolutely crashed.

She finished the race but did not place well. She didn’t make it to states for that event, and wasn’t even in the top three. She hadn’t accomplished her goal, but she learned a valuable lesson that day. The next year, she made it to states, driven by the fact she hadn’t made it the year before. “Your hard work produces an output,” she says, and shows it couldn’t be more true. So stay humble, and don’t get too ahead of yourself, because coming back from going too far can take a long time.

This lesson helped her in the future and relit the fire that made her want to run. The experience helped her get through rough times when her father passed away, and will continue to help her as life goes on. “That year I learned I put in the time and the effort, but it wasn’t enough. I learned I needed to constantly be looking ahead and trying to be better, and not just expect anything will be given.” 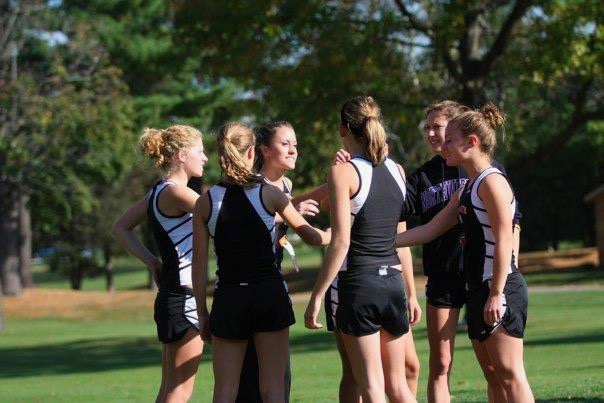 (She’s on the right in a Northwestern sweatshirt)