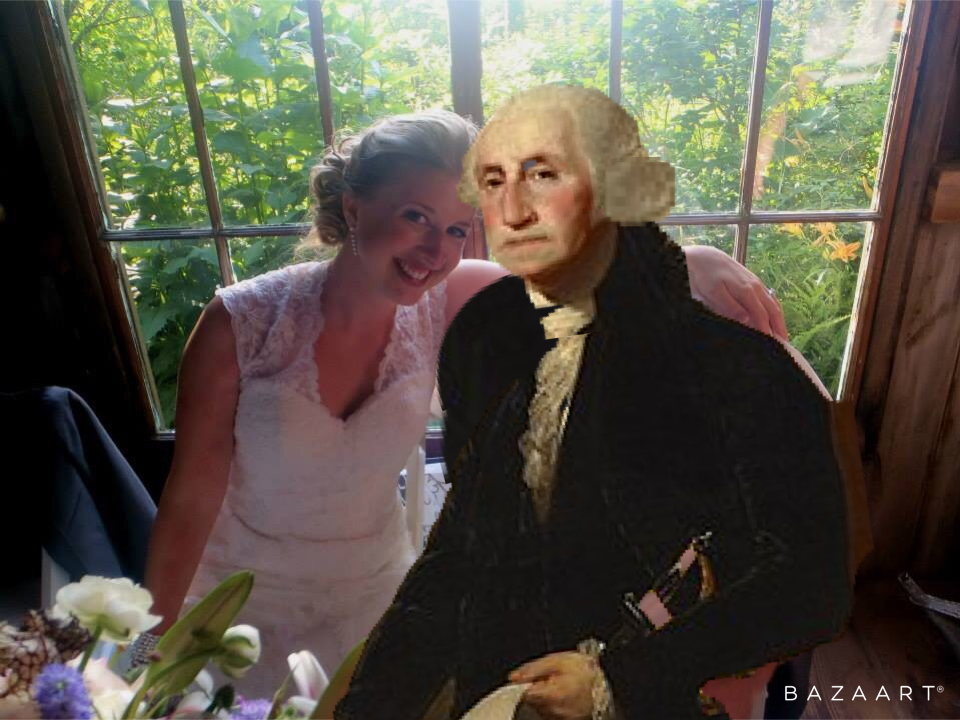 Christiana’s students know that her real husband, Luke, is famous for his 802 Rap Video. This is an exclusive interview on her colonial crushes. We started by talking about her current founding husband, George Washington.

How did he propose? 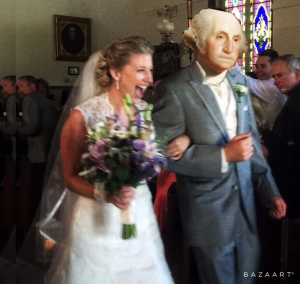 “He’s a Virginian. He has some beautiful land on the potomac. Under the bow of a tulip poplar, he started describing his ideal women and you know he wants a hearty-stock Virginian woman. He’s not really the type to get down on one knee.”

How did you get Martha out of the picture?

“Oh yeah…. Martha. Well it was tough because she had a lot of money and he definitely was out for upward mobility– Martha definitely had what he was looking for, but it was really pretty simple. Her immune system was pretty weak, so really I just had to expose her to some bad drinking water and down she went, you know? “

What’s your favorite thing about him? 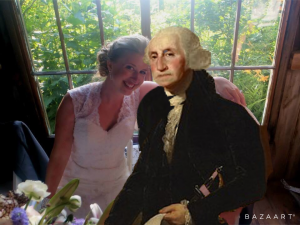 “Well, I’ve made a list of all the things I could think of and I got to eleven, but I’ll do my top three things: Well he’s super manly and tall. Much taller than most men. When you saw him he was just stately. Tall, athletic– super athletic. He was a self taught surveyor. He could take you out- show you around in the woods; the original frontiersman you know? Tall, sexy, manly.

Also, fearless. He’s possibly even missing the part of his brain that makes you afraid of things. When bullets whizzed by him in the French and Indian war, it just made him so excited. Bullets literally pierced his clothing and he was just like, ‘It was awesome’. He’d really be able to protect you.  I could just go on and on….”

What do you have to say in response to this photo that was found with you and Thomas Jefferson? 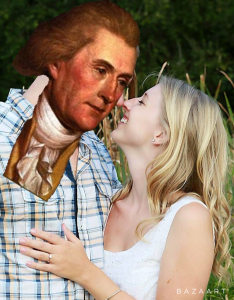 “Uh, yes I did have a brief affair with Thomas Jefferson. He’s a real smooth talker, you know? He talked me into going on long horseback rides and carriage rides, but he’s not humble like George Washington. Thomas is a real politician and it just didn’t work out. I feel like the way he treated the people in his family and his slaves… it was just kind of the end of the road for us. But George, he would probably kill him if he saw that photo.”

“He [George] loved kids, I just feel like it’s important for me to say that. He couldn’t have any of his own and he took Martha’s two kids and he was just enthralled by them even though one of them was just a total brat.”

Did you spend any time with the kids after Martha’s untimely death?

“Yeah, except I quickly sent the oldest off to boarding school because, like I said, total brat. Unfortunately, his daughter died pretty young. She was only fifteen when she passed away ‘unexpectedly’. But we lived in relative peace on Mt. Vernon. It was nice.”