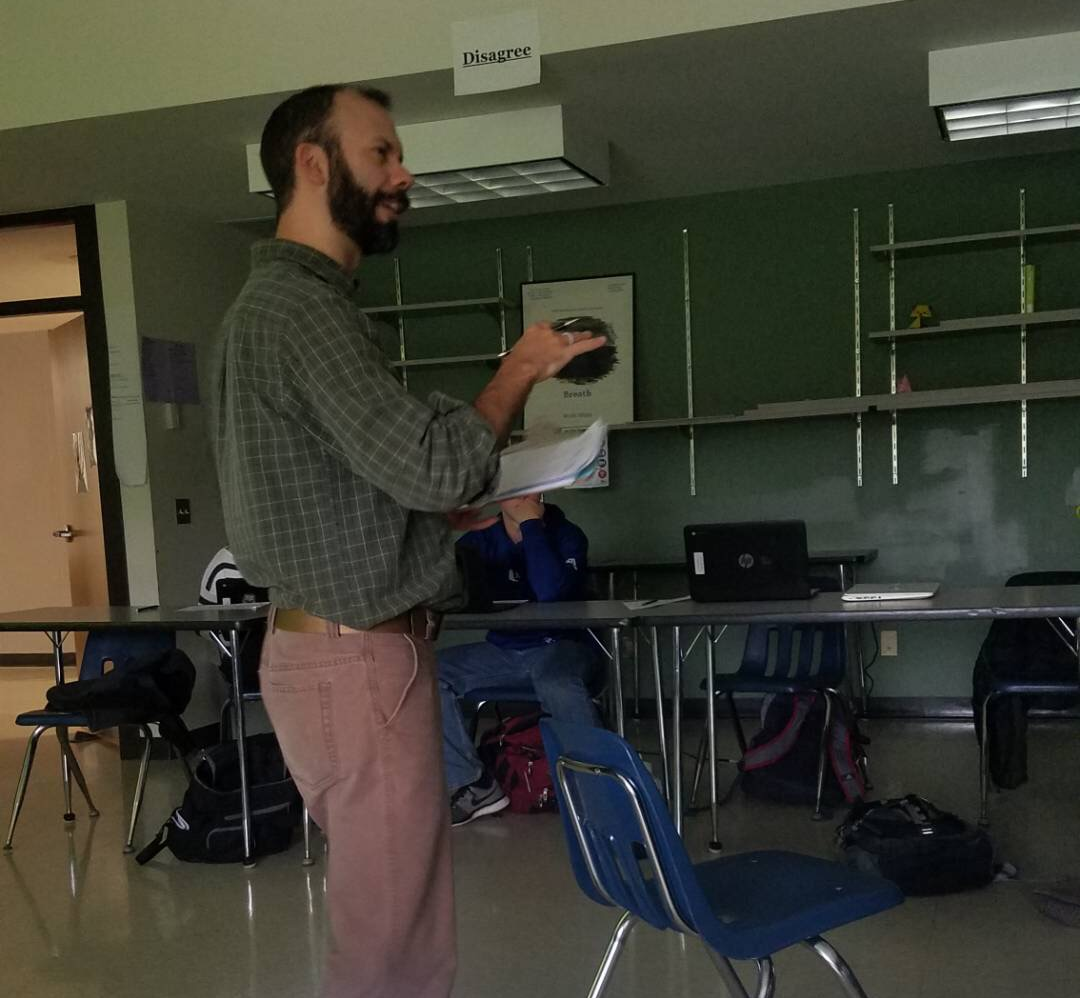 Mark Brown could see something was about to happen. The bell was about to ring when two girls who didn’t like each other stood up. “I could see it was on,” Brown said, “and they went to fight.” Brown did the best he could. With his hands at his shoulders, he stepped towards the girl that was closest to the door and walked her out. This was in South Carolina, at one of the schools Brown worked at before starting his journey home.

Brown grew up in Charlotte, Vermont In elementary school, Brown’s parents moved to South Carolina because his grandparents were getting older. 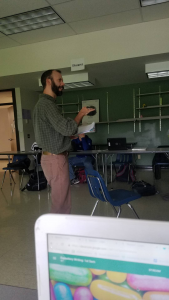 Brown described one “end of the year” letter from a student that impacted his teaching.

“I don’t think he liked my class,” Brown said.

Some of the student’s comments were negative: “It’s crazy that you have this lunch policy. It’s not fair!” But then, the student added, “this class is really tough. If you wanted to slack off senior year you’re in the wrong room. But if you buy into what Mr. Brown is teaching you, it will be the best class you ever took.” Brown had no idea that this kid, who seemed so angry every day, was actually taking everything in. 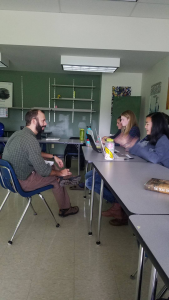 Brown was nervous to come to U-32 for his interview. “It was hard to listen and see,” he said.  But looking at the interview committee, Brown felt the nerves calm down when he saw a student.

When Brown asked the student about his thoughts on proficiency, the student gave an honest answer. Brown was impressed that he was there: honest, strong, and profound.

“That made everything better. I was so nervous for the teachers’ questions, but when I got to talking to him, it was just like talking to a student,” Brown said. “That’s what I do.”