“The Tea’s Always Cold.” A Look Inside White Table 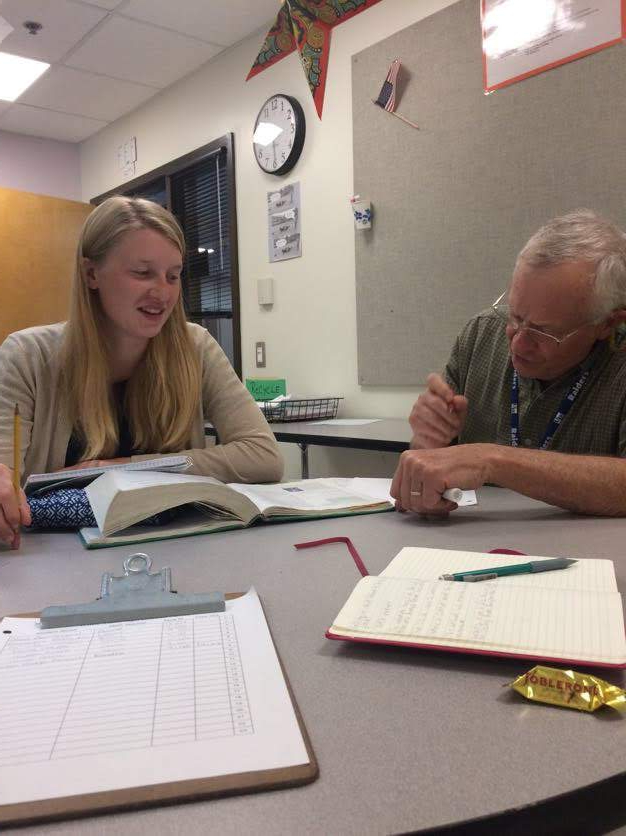 Five girls sit at the small round table, surrounded by Toblerone chocolates and Pre-calculus textbooks in various stages of decay. 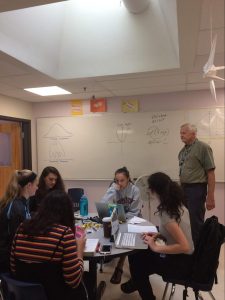 At the corner table, Zoie quietly talks herself through pre-calc problems. When she checks the back of the book, she finds her answers are correct, and mutters: “hooray.”

Jim jumps from helping two girls with an online VTVLC math quiz, back to another pair struggling with the pre-calc homework.

Jim is a legend among U-32 students, a friendly supportive face who is always there in times of need. And today is no exception. 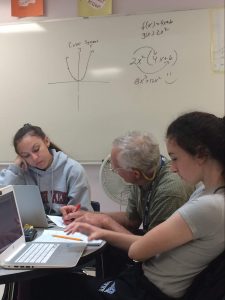 “Zoie needs help,” Zoie says without turning her eyes away from her impossible pre-calc problem. “I’m being called away,” Jim says to the two VTVLC girls, dancing away.

“It’s false! Everyone knows that 24 is false!” Jim says loudly with a delighted smile on his face, as he pulls up a chair.

“A Computer image, I don’t care about that,” Jim mumbles, reading the question. “To simulate an approaching vehicle. Oh, so we have this car in here.”

He grabs a piece of scrap paper.

“Those seven years of art school are finally paying off,” Jim laughs, starting to draw a car.

“Looks more like an airplane,” he says. “Here’s how you know it’s a car: it’s honking its horn.”  He draws rough lines around its hood.

The third-period bell rings and heavy metal blares through the speakers. Zoie sighs as she reluctantly stands up from her chair. 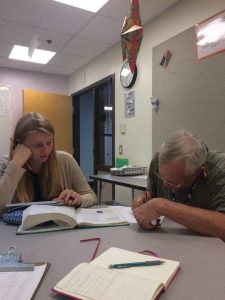 “That’s why pre-calc was invented, to be meaningless,” Jim says. He heads back to his desk for a quick tea break, before the next wave of struggling students.

“The problem with this job is the tea’s always cold.”